When Smallpox Scars Were Used As Makeshift ‘Vaccine Passports’

In a modern world coming to grips with the COVID-19 pandemic, there’s a lot of talk about requiring people to have vaccine passports before allowing them abroad or into crowded events. However, this isn’t the first time evidence of already being inoculated against a specific disease has found favor in society. Prior to its eradication in the 20th century, having smallpox scars could be the difference between getting a job or not.

Smallpox was once the most feared disease in the world

Before smallpox was eradicated through vaccination, it could be a deadly disease. Estimates suggest up to 400,000 people per year succumbed to it in 18th-century Europe. At its peak, one-third of people diagnosed as blind at this time had developed their condition in the wake of a smallpox infection. 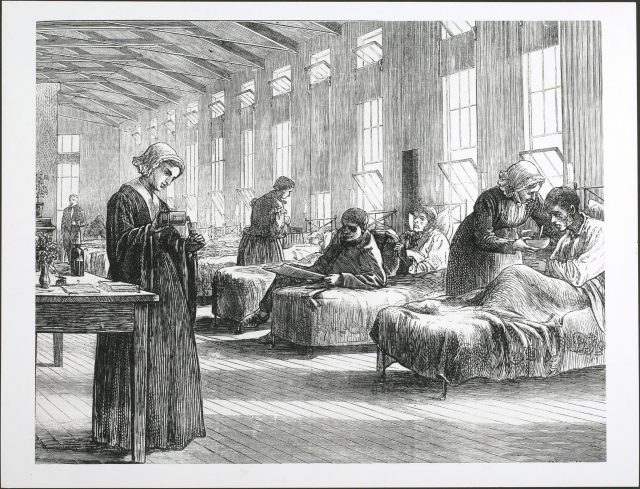 There were two different strains of smallpox: variola major and variola minor. Only variola major was fatal, but it was the more common strain. It was spread through close contact with infected people (via water droplets in the air or through contact with their clothes and bedding).

The virus got its name “smallpox” to distinguish it from “the great pox” — otherwise known as syphilis. While the two viruses have different symptoms in the main, in the second stages of syphilis, a person will develop a rash, much as happens in smallpox.

Early symptoms of smallpox included fever, vomiting, and joint aches. These were followed by ulcers and a skin rash. The rash would turn into blisters, which would eventually crust over, and when the scab fell off, it would leave a scar behind.

The development of the smallpox vaccine

It was a commonly held belief at the time that milkmaids were particularly beautiful. In addition, it was noted that dairy farmers and their families often didn’t catch smallpox when there was a nearby outbreak. Such facts drew the interest of a doctor named Edward Jenner. He theorized that because farmers and milkmaids regularly caught cowpox, this might somehow protect them from dreaded smallpox.

This theory led Jenner, in 1796, to experiment with the first vaccinations. The idea of inoculation was not new. Some people used to rub a coin on an infected person then bind it to a small wound on a healthy child in the hope that they’d catch smallpox and recover. Pus taken from a sore could be used in place of a coin.

But Jenner took a different approach. He deliberately infected someone with cowpox, a disease with much milder symptoms. Then, once they’d recovered, he exposed them to smallpox. His trials proved successful, and he called the subsequent process “vaccination,” derived from “vacca,” the Latin word for cow. 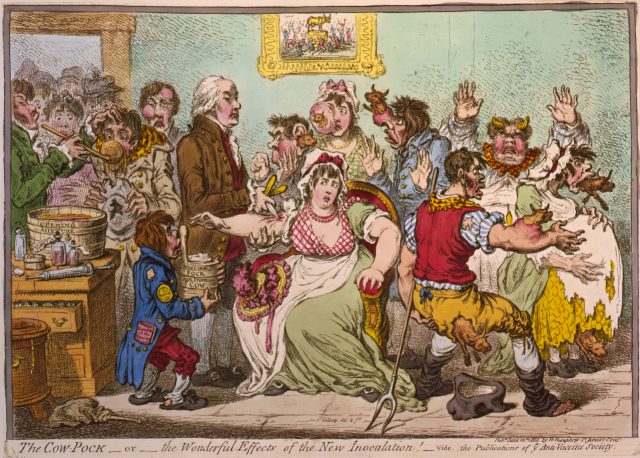 Although Jenner’s experiments were a success, the vaccine wasn’t in widespread use until 1840. To begin with, people were suspicious of the whole process. Several individuals expressed their skepticism through satirical writings or pictures, some of which even showed miniature cows growing out of vaccinated people.

Before people fully trusted the vaccination method, society resorted to other methods of protection. And this is where smallpox scars actually came in handy.

If you caught smallpox and recovered, the likelihood was that you would be left with scars all over your body. For those in high society where beauty mattered, this could be a dreadful consequence. However, for those in the working classes, these scars could be the key to getting a job.

If an employer has never had smallpox, they might be more likely to hire someone with scars because it shows that they’ve already recovered from the disease. As a result, they wouldn’t catch it again and infect their employer.

In some instances, employers looked for the scar left by inoculation. Vaccination for smallpox at the time involved making an incision in the skin of the upper arm and infecting the wound with the live cowpox virus. After vaccination, the patient would likely develop only nausea and a fever. The vaccination site would eventually scab over, leaving a small scar behind when the scab fell off. It was therefore possible to tell if a person had been vaccinated for the disease by checking their arm for a scar.

In a 1979 research book entitled The Family, Sex, and Marriage in England 1500–1800, the author L. Stone included a comment from someone in 1766 who had himself inoculated specifically to gain employment. It is stated that “‘he had a design to go to London for a place,’ and he knew that this was an essential requirement for employment in a genteel household.”

This practice of having scars proving immunity became a huge issue in America between 1899 and 1904. During this five-year period, it is estimated there were almost 165,000 cases of smallpox, although there are suggestions that the real figure could be up to five times higher. 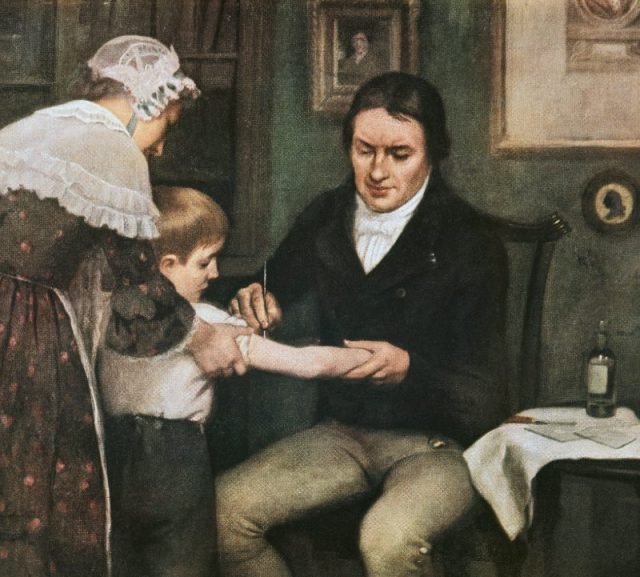 With such a widespread outbreak, those cities and states most affected began to insist on vaccination. It became compulsory to show an official vaccination certificate for daily tasks such as going to work or school. When some people started forging certificates, government officials instead demanded to see the vaccination scar as proof of inoculation.

This policy found favor not only with many cities and states, but even with private employers. In 1903, Henry Clay Frick ordered that all those employed at his steelworks had to prove that they and their families had been vaccinated. This would have affected around 300,000 people.

Just as people had tried to forge vaccination certificates, they now tried to fake vaccination scars too. It was an unpleasant business that involved placing nitric acid on the skin to produce a similar-looking scar.

A thorough vaccination program meant that the last diagnosed case of smallpox occurred in October 1977, and then the World Health Organization declared smallpox eradicated by 1980. However, worries about it still crop up now and again. 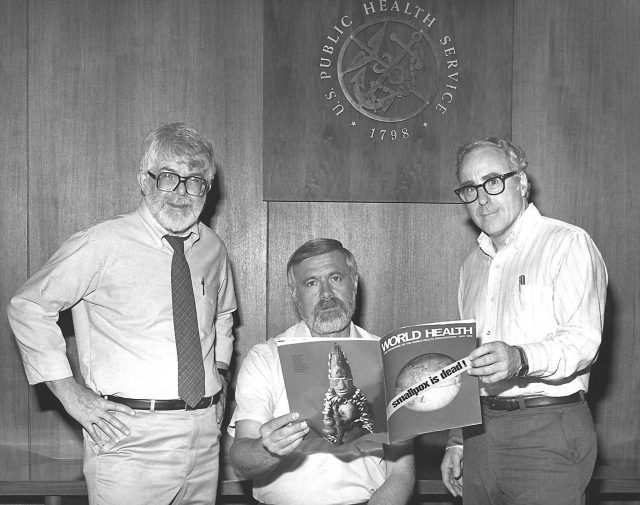 Three former directors of the Global Smallpox Eradication Program as they read the good news that smallpox had been eradicated on a global scale. (Photo Credit: CDC, Public Domain)

For instance, a crypt in a London church was excavated in 1985, and it was known that some of those interred there had passed away due to smallpox. Consequently, the staff handling the remains had to use special precautions to ensure they weren’t exposed to the disease.

More from us: How the Worst Pandemics in History Finally Ended

While smallpox might be gone from the general population, the issues it raised surrounding vaccination still rumble on today, especially when the world is suffering the effects of another potentially lethal disease.