These days, there are numerous rubber or plastic toys that parents can buy for their children to play with in the bath. But in the 19th century, a favorite bathtime toy was a small porcelain doll known as a “Frozen Charlotte” or “Frozen Charlie.”

The dolls became so popular that smaller versions were even baked into cakes and pudding as good luck charms.

But they got their peculiar name after a poem based on a gruesome event.

Who was Frozen Charlotte? 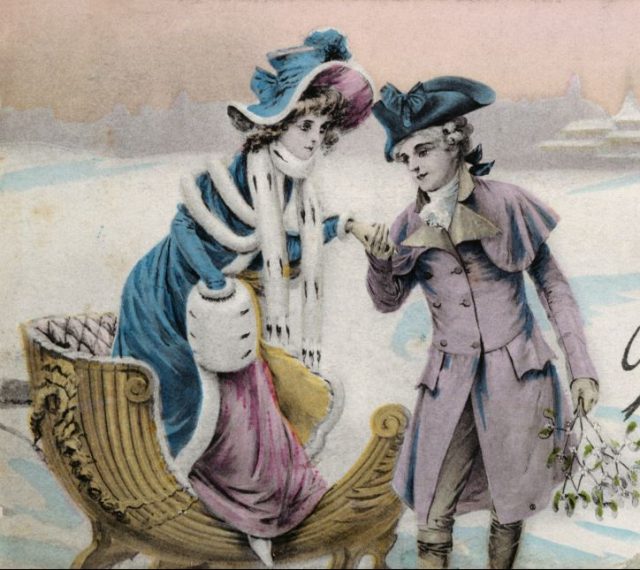 American journalist Seba Smith wrote a poem entitled A Corpse Going to a Ball. It was published in The Rover newspaper in 1843.

The original poem is included on the Hushed Up History website, and the story goes as follows.

A young lady named Charlotte was to attend a ball 15-20 miles away. Her beau, named Charlie, offers to drive her in his sleigh. But when the night in question arrives, it is snowing and bitterly cold outside.

Charlotte’s mother entreats her to wrap up with a blanket in the sleigh, but Charlotte just laughs and says that she won’t wrap herself up because then no one would see her beautiful dress. She is quite adamant that her silk cloak and shawl will be fine.

Five miles from their destination, Charlie comments that he’s so cold he can’t hold the reins. Charlotte replies, “I am exceedingly cold,” so Charlie drives the horses faster. In the next verse, in response to another comment from Charlie, she says, “I am growing warmer now.”

However, when they reach their destination, Charlotte is dead, having frozen to death.

Based on a real event

A real-life event apparently inspired this poem. The title was taken directly from the newspaper headline when the New York Observer reported, in 1840, on a similar incident where a young lady froze in a carriage on the way to a dance.

The article gives the date of the incident as the first day of January 1840, but it doesn’t say where the events occurred. Such a lack of specifics suggests that it might not be as true as you think, but we’ll never know for sure.

The poem becomes a ballad and gains a new ending 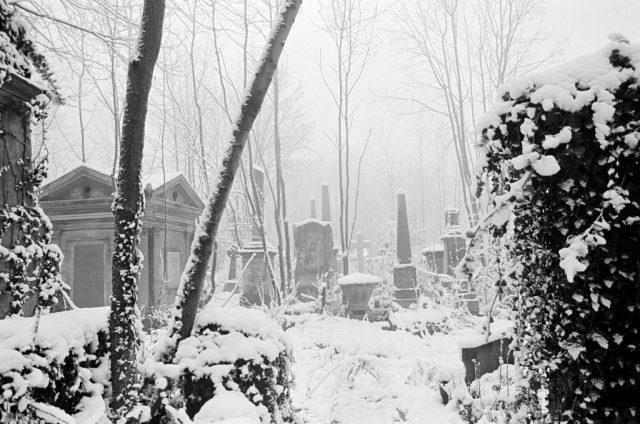 Sometime afterward, the poem was set to music and made into a ballad. It was given the less gruesome title of Young Charlotte or Fair Charlotte. Although the songwriter is uncredited, the ballad is generally attributed to William Lorenzo Carter.

The last verse of the original poem goes like this:

Then quickly to the lighted hall

Her voiceless form he bore ”“

His Charlotte was a stiffen’d corpse,

However, the last two verses of the ballad detail young Charlie taking her corpse back to her parents before he dies from a broken heart and is buried next to her.

The Hushed Up History website states that one version even had a warning at the end for vain young ladies:

On such a wint’ry night.

The naming of the dolls 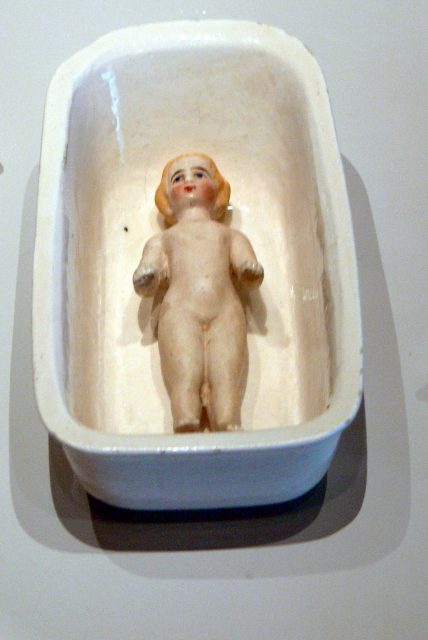 The poem and ballad really struck a chord with the American audience. It was a morality tale with two messages: you should listen to your mother, and vanity can have terrible consequences.

Between 1850 and 1920, a new toy began to be imported from Germany. They were little porcelain dolls that could measure anywhere from an inch to a foot and a half. Made of bisque, some of them were glazed on the front and not the back, which enabled them to float and so become perfect bath toys.

The dolls were not called Frozen Charlotte dolls by the manufacturer but were given this name by the public because the dolls were in the form of a standing figure with their arms against their side ”“ the perfect positioning for a corpse. The fact that the dolls were naked with pale skin made them even more apt for the association with a frozen young woman.

A popular toy for baths and cakes 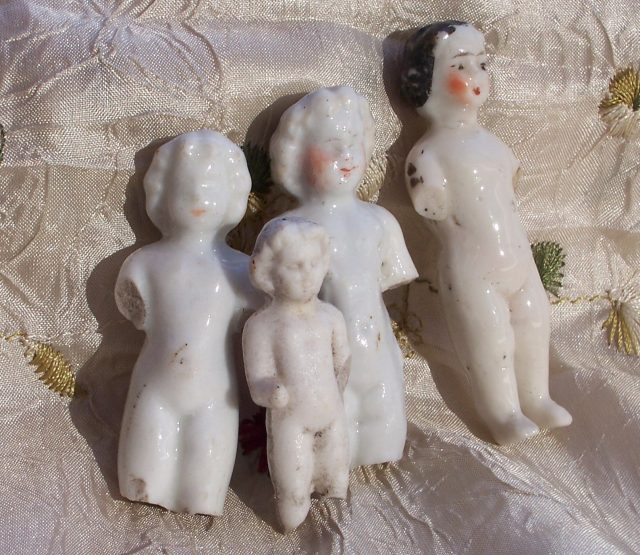 While the largest ones were used as regular dolls, medium-sized ones were used in the bath or in dolls’ houses, and tiny ones were used as lucky charms in cakes and Christmas puddings. Finding a tiny Frozen Charlotte in your slice of cake was meant to bring you prosperity. Some were worn in lockets around the neck ”“ either to keep your prosperity going or to be a constant reminder of the sin of vanity.

The Civil War Talk website states that a reason these dolls became so popular is that they were cheap enough “that they could be given frequently and allowed children to amass a collection,” just like a child might collect football or baseball cards today. There was even a male “Frozen Charlie” for the boys to collect. 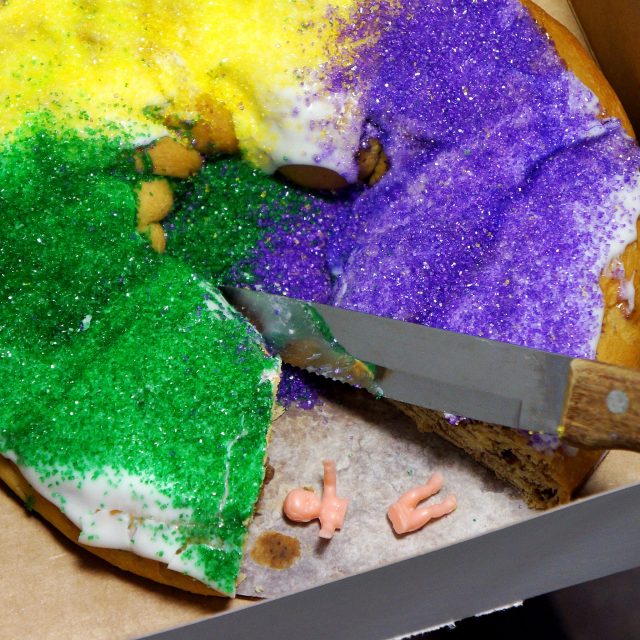 And, of course, what parent wouldn’t want a toy that inherently carried the message: “Always listen to your parents.” Just to reinforce the message, some dolls were sold with their own blankets or a little coffin accessory (yes, really).

While Frozen Charlotte dolls aren’t made anymore, their plentiful nature in the Victorian era means that interested collectors can still find them in curio shops or listed on selling sites. The tradition of putting a little baby doll in a cake for someone to find as a good luck charm is still around, but these days the babies are more often made of plastic.