The Surprisingly Violent Story Of The Cabbage Patch Kids Riots

A hippie places a flower in a gun barrel to protest the Vietnam War. A brave soul stands in front of a tank in Tiananmen Square. And in department stores across America, parents clash with each other over Cabbage Patch Dolls. Sometimes violently.

Their motives may have been less noble. But still, a Merry Christmas is a cause worth fighting for. Or is it? Let’s venture back down to the patch to see what sprouted during those heady times of 1983.

What happened during the Cabbage Patch Kids Riots? 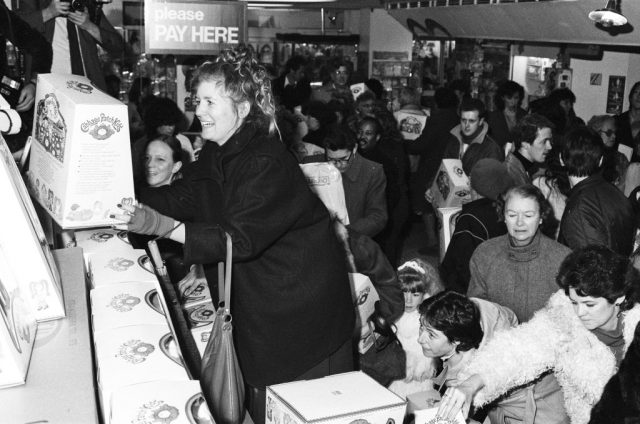 These perfectly-crafted dolls were the must-have toy of the season, before that concept really existed. Black Friday is a fact of life for consumers today. Back then, however, a clamor for goods was rare. And it wasn’t associated with hostilities worthy of war.

Looking back on the ferocious phenomenon, ABC 7 highlighted a store manager in Pennsylvania “grabbing a baseball bat to protect himself.”

People drove to the end of the road (and their wits) in desperate attempts to secure that one special package. You can only imagine the trauma when kids tore open gift wrap only to realize that Santa hadn’t delivered their precious bundle of wallet-emptying joy.

Enterprising outfits snapped up supplies from willing parties. ABC 7 mentions an emporium where people could “double their money if they’d bought the toy at retail price, selling them for $40.” These would then hit the shelves for $50! 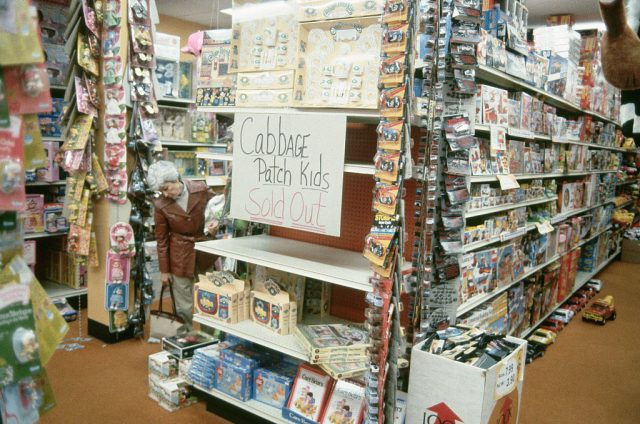 The creator of this storm was Xavier Roberts from Georgia. Little did he suspect what would come when he began releasing fabric-based “Little People” while still an art student in the 1970s.

A legal dispute with artist Martha Nelson Thomas, an associate of his who had originally produced some dolls, may have suggested turbulent times ahead.

Cabbage Patch Kids, as licensed by Coleco in 1982, are Roberts’ design. A backstory was devised whereby he’d stumbled across the magical cabbage patch as a kid.

The hook for young ones was the adoption process. Yes, these dolls could be adopted, rather than purchased. Each came with a certificate to give the impression of a special, once-in-a-lifetime deal. Timeline mentions a “testimony from two child psychologists” that was featured in advertisements for the product.

BabyLand General Hospital made sure the Kids were nurtured before being stacked in trucks and transported to stores.

Take a leaf through the range of dolls 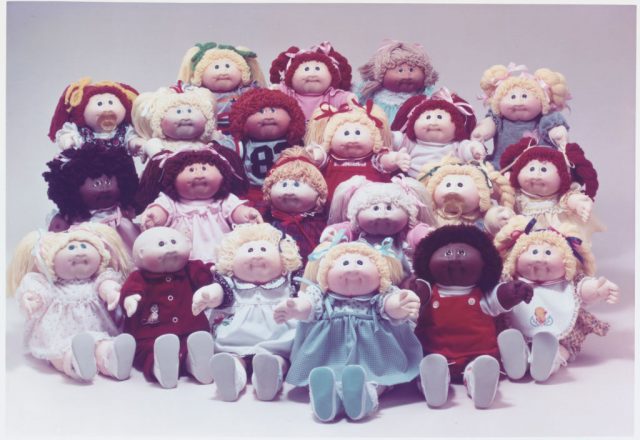 Chicago, IL- , The Cabbage Patch Kids dolls, rage of the doll market this holiday season, were the objects of near-riots at several department stores as hundreds of people, some waiting at the doors for hours, scrambled to. (Photo Credit: Bettmann/Corbis/Getty Images)

A Cabbage Patch Kid was more than just something for children to play with. They had their own identities, with a manufacturing process to match. ThoughtCo notes that “Different head molds, eye shapes and colors, hairstyles and colors, and clothing options did make each one look different than the other.”

Something that companies and consumers probably didn’t foresee was the future market. People may have battled for Cabbage Patch Kids back in the day. But in the 21st century, the value has skyrocketed due to their nostalgic collectability.

For example, Medium refers to a kimono-clad Tsukuda Japan version from 1985. In 2018, that went for $500. Meanwhile, a set of twins from Roberts’ “Little People” range fetched $3,500! Don’t forget the all-important certificate.

They’re still coming out of the patch today 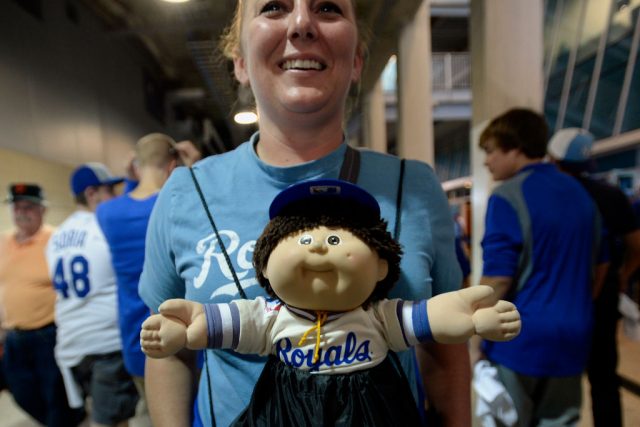 The Kids are truly alright, with dolls being produced and sold in 2021.  It may be more modern in outlook but some elements don’t change. Instead of prices, the website uses “adoption fees”! They are currently licensed by Wicked Cool Toys.

And if you think the idea of a Cabbage Patch Kid sounds babyish, then check out their version of Barack Obama. This round-faced politician definitely needs his nap time in the Oval Office. 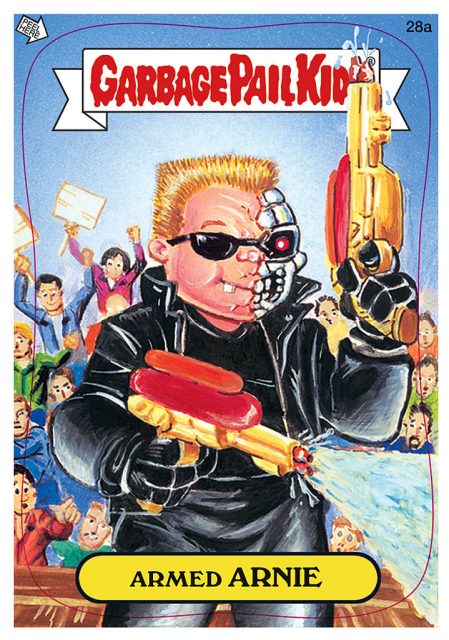 In this handout image provided by Topps, a “Garbage Pail Kids” card is shown in New York City. “Garbage Pail Kids,” an irreverent 80s satirical set of characters, is back as a set of trading cards. (Photo Credit: Topps via Getty Images)

Outside of beautiful births and retail riots, the range made its impact on society. A spoof called Garbage Pail Kids showed the dark side of the patch.

It wasn’t the first time a nation went nuts over toys. But the Cabbage Patch Kid incidents were a home-grown sensation. Timeline refers to the riots as the “first instance of total consumer anarchy.” In a more innocent age, the episodes were fuelled by an “engineered mania” that only got more intense.

More from us: To Compete with Barbie, Hasbro Created This Truly Terrifying Toy

Even ultimate eighties action man Arnold Schwarzenegger found himself at the mercy of demanding children in Jingle All The Way. The festive comedy from 1996 took its cue from customer stampedes for the latest toy, in this case, the notorious Turbo Man doll.

« The Unexpected Reason Dean Martin Changed His Name Multiple Times
The Real Story Behind the Medieval Epic, ‘The Last Duel’ »