To Compete with Barbie, Hasbro Created This Truly Terrifying Toy

The Barbie doll is a quintessential part of childhood. Even if you’ve never played with one yourself, the iconic dolls have been famous worldwide since their debut in 1959.

The toy was created by Mattel Inc., which saw massive success, selling over 300,000 dolls in the first year. However, they weren’t the only toy company around in the 1960s. Hasbro, another popular toy company, felt like they needed to put their own doll on the market. Their solution was a product called Little Miss No Name.

The doll was designed by Deet D’Andrade and was apparently inspired by the work of Margaret Keane, who was known for her paintings of children with disproportionately large eyes. Her artwork, however, was not meant to be jovial or joyful, but rather to show the children with forlorn eyes, wondering why the world was so sad. 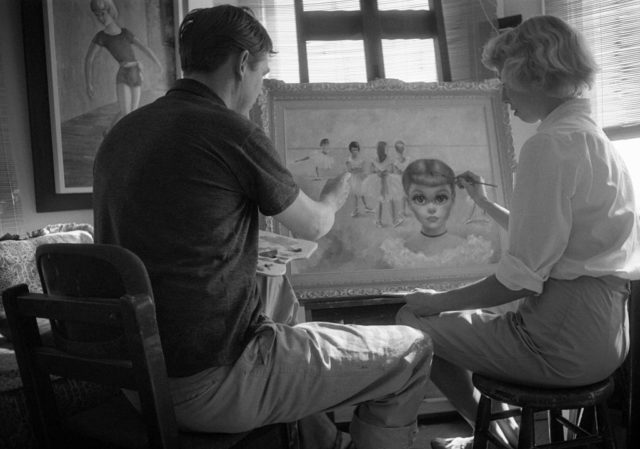 Walter and Margaret Keane put the finishing touches on a joint effort which has already been framed. (Photo Credit: Bettmann/ Getty Images)

Hasbro believed that their toy would be a success because they were tapping into a theme in the 1960s – one which saw a push to educate children on the hardships of others, and for them to show compassion to those less fortunate than themselves. That is exactly what Little Miss No Name was supposed to be for children – a doll that needed to be shown compassion and be taken care of.

The opposite of a Barbie doll

While Barbie created dolls that were the likeness of full-grown, beautiful women, Hasbro decided to take theirs in a different direction, hoping to capitalize on the cultural climate of the 1960s. Instead of a doll with beautiful clothes, hair and makeup, they created the Little Miss No Name doll who was styled as a destitute child. She wore a burlap sack in place of a dress, patches and all, without any shoes. 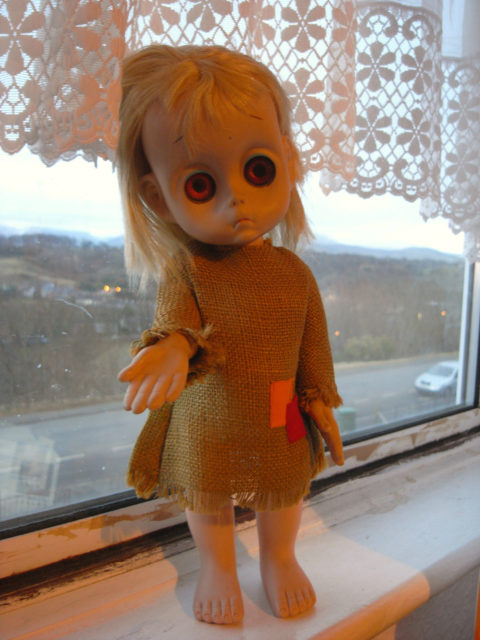 It wasn’t just the name and the clothing that was the complete opposite of a Barbie doll, but Hasbro’s version also had large sad eyes with a teardrop falling from them, as well as messy hair and a mouth that was perpetually frowning. It even appeared that she was designed to look like she was begging if the child extended her arm all the way.

A new toy to play with

Hasbro released the doll in 1965, and the packaging that they chose further played up the differences between Little Miss No Name and Barbie. The box made her look like she was standing outside in a blustery snowstorm with only the pitiful burlap on her back to keep her warm. But Hasbro didn’t stop there.

They also included a personalized note written on the box made to sound like it was from Little Miss No Name herself: “I need someone to love me. I want to learn to play. Please take me home with you and brush my tear away.” Not only was the advertisement meant to get children’s sympathy, but they made her full name “Little Miss No Name: the Doll with the Tear,” which only made this more apparent.

Unlike Mattel which continues to be widely successful with Barbie dolls, Hasbro had very little success with Little Miss No Name. She was only on the market for a few years and, despite Hasbro trying to promote her in any way they could, including through ads on hot chocolate mixes. Now, Little Miss No Name is only sought after by those who collect unusual vintage toys.