The city of New Orleans is perhaps best known for its incredible Mardi Gras celebrations, including the parade which features elaborate floats and performers. The celebration has been a part of its history since just a few years after the city was established, although the floats and parade as they are known today weren’t created until much later.

By the late 1800s, the city began holding the parade. Incredible footage of these early parade years has been uncovered, surprisingly, halfway around the world in Amsterdam. The footage from 1898 is over 100 years old and provides unique insights into the history of the parade.

The search began with Arthur Hardy, publisher of the New Orleans Mardi Gras guide, who set out on a mission to locate the film footage from the 1898 Mardi Gras parade. After being unable to find anything himself, he ended up approaching the curator of the Louisiana State Museum, Wayne Phillips. Phillips then reached out to the historian of the Rex Organization, Will French. 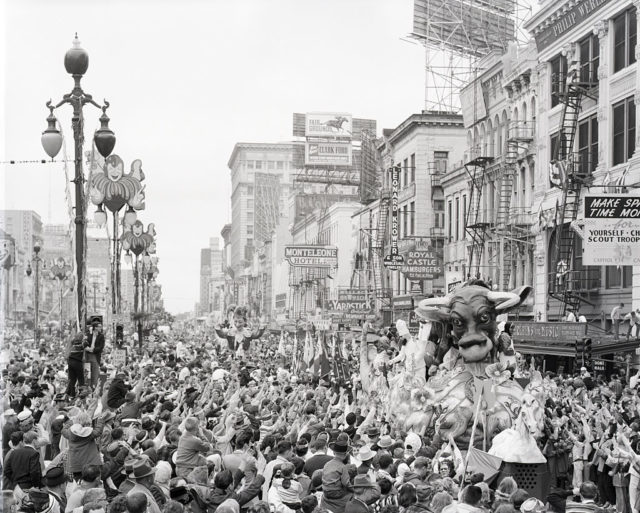 The organization was created in 1872 with the goal of putting on the first Mardi Gras parade in New Orleans and is still heavily involved in the organization of the event. French, also without access to the footage, reached out to his family friend and film archivist, Mackenzie Beasley. Beasley turned out to be a very good acquaintance to have.

Importance of the film

Beasley dedicated herself to looking through multiple online databases to try and find the footage in question, and after only five days she succeeded. Despite how quickly she located the film, it took many years to get the footage into her hands. Beasley found that the film was located in the Eye Filmmuseum in Amsterdam, the Netherlands. 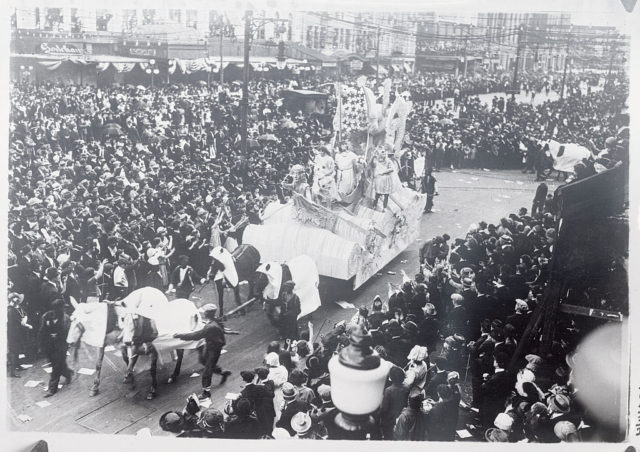 The footage is only two minutes long, recorded on 68mm film, and was made by a company called American Mutoscope. The clarity of the footage is another reason why the find is so amazing, as the viewer can clearly see the small details of the parade and the floats. The museum in Amsterdam isn’t allowing the footage to be distributed widely, but they have given permission for it to be part of a special exhibition put on by the Rex Organization to celebrate its 150th year.

One of the most interesting elements of the footage is the “boeuf gras,” a fat ox on one of the floats. This was only a part of the parade until 1909, but it was included again in 1959, created out of papier-maché. The ox was an ancient symbol of the last meat eaten before Lent began at the end of Carnival.

More from us: What Is Fat Tuesday and Why Is It the Best Day of the Year?

The film also clearly shows the parade theme which, in 1898, was “Harvest Queens.” Each of the floats was decorated as a different type of crop, with the new footage showing examples of six. One, slightly unorthodox, crop is the pineapple. It also shows other floats such as the “King of the Carnival” who appears alongside elaborate decorations like tassels and a pegasus.

« To Compete with Barbie, Hasbro Created This Truly Terrifying Toy
‘House of the Dragon’ is Based on Real Historical Events »