‘House of the Dragon’ is Based on Real Historical Events

House of the Dragon is one of the most anticipated TV shows of 2022. It takes place 200 years before the Game of Thrones series set in the same world, and explores the history of the Targaryen family. Despite Westeros, where the show takes place, being a high fantasy setting, the events that take place within it were inspired by real historical events.

Creating the ‘House of the Dragon’

The world of Westeros was created by author George R.R. Martin, in his Song of Ice and Fire book series. He also wrote Fire & Blood, a novel separate from the main series, in 2018. This book details the world hundreds of years before the main series, and serves as the basis for House of the Dragon. The TV series begins with family conflicts over succession of the royal line during a time known as the “Dance of Dragons.” 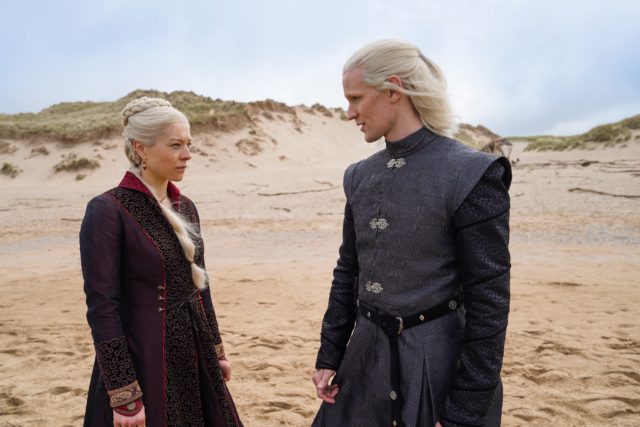 The two leading claimants to the throne are Viserys, played by Paddy Considine, and Rhaenys, played by Emma D’Arcy, both grandchildren of the reigning King Jaehaerys. Viserys is picked as the next heir as the Kingdom has never had a female ruler before. At the 2022 San Diego Comic-Con, Martin went into detail about the real-world events that inspired his offshoot book and TV series, and the similarities are clear.

According to Martin, he was inspired by “The Anarchy,” a civil war in England and Normandy that took place between 1138 and 1153. The conflict was prompted by King Henry I of England appointing his daughter Matilda as his heir after his son died crossing the English Channel. He had the lords of the land swear fealty to her, which they conveniently forgot upon Henry’s death. 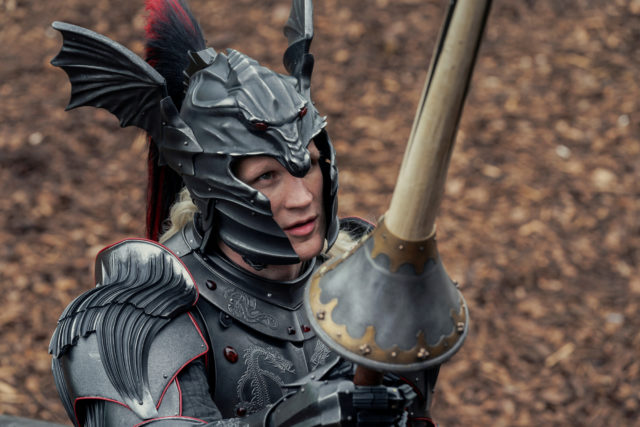 “They said oh, it doesn’t apply, because here comes her cousin Stephen who crosses the Channel quickly and steals the treasury, and gets himself crowned King, and you entered a period called The Anarchy where Maud, or Matilda as she was known, and Stephen fought [for] a decade, two decades, whatever — it got horrible and bloody,” explained Martin. The problems of succession, and the eventual civil war, are very similar to the problems of succession in House of the Dragon.

‘Game of Thrones’ was also inspired by history

This series isn’t the first that Martin has created with historical inspiration. He also said that Game of Thrones was inspired by the English War of the Roses. As with The Anarchy, it was a conflict created over issues of succession. The Lancaster and York families both felt like they deserved the crown of England. What resulted was a complicated 32-year conflict ending in a victory for the House of Tudor. 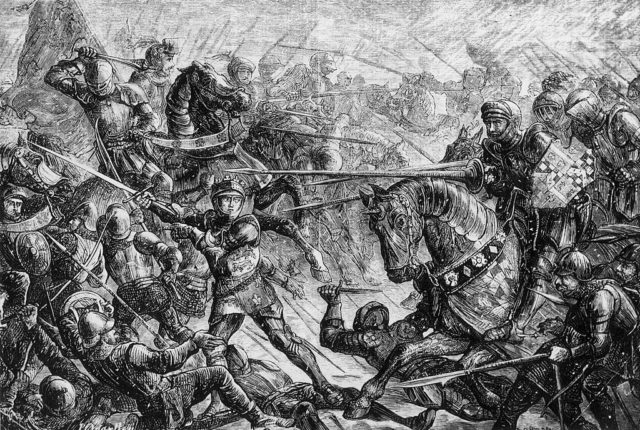 The Battle of Towton during the War of the Roses, 1461. (Photo Credit: Hulton Archive/ Getty Images)

More from us: Here is Everything We Know About the ‘Game of Thrones’ Spin-Off ‘House of the Dragon’

The real events of the war acted as the basis for the main conflicts within the series, specifically between the Lannisters and the Starks, and the War of the Five Kings. There are also other characters in the series that can be connected with historical figures, such as Daenerys Targaryen and Henry Tudor, and Ned Stark and Richard of York.