Ever since the fateful and much-disputed finale of HBO’s Game of Thrones, fans patiently awaited the series’ return with a new prequel. The show made its debut on August 21, 2022. Here’s everything we were able to learn about House of the Dragon before it premiered.

What is the plot? 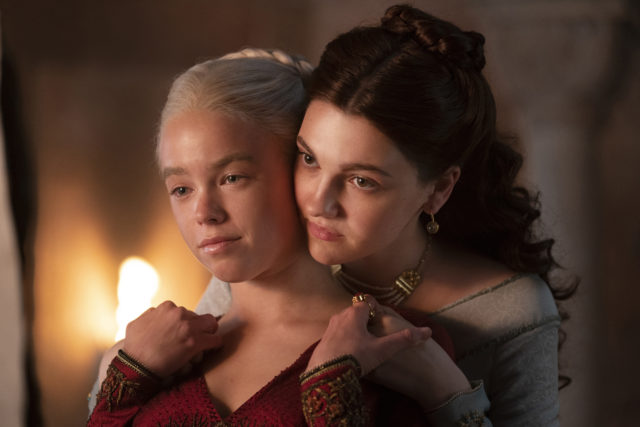 Milly Alcock and Emily Carey in House of the Dragon. (Photo Credit: HBO / yassi via MovieStillsDB)

The fantasy series follows the House Targaryen, one of the major royal families in the fictional kingdom of Westeros. Set 200 years before the events that take place in Game of Thrones, House of the Dragon centers around four Targaryens: King Viserys Targaryen (Paddy Considine), Princess Rhaenyra Targaryen (Emma D’Arcy), Prince Daemon Targaryen (Matt Smith) and Alicent Hightower (Olivia Cooke) and follows a turbulent political period for the rulers of Westeros.

What can we expect from this new batch of characters? The author behind the Game of Thrones universe, George R. R. Martin, shared his thoughts about the new series online:  “Those of you who like complex, conflicted, grey characters (as I do) will like this series, I think. There will be plenty of dragons and battles, to be sure, but the spine of the story is the human conflicts, the love and the hate, character drama rather than action/adventure.” 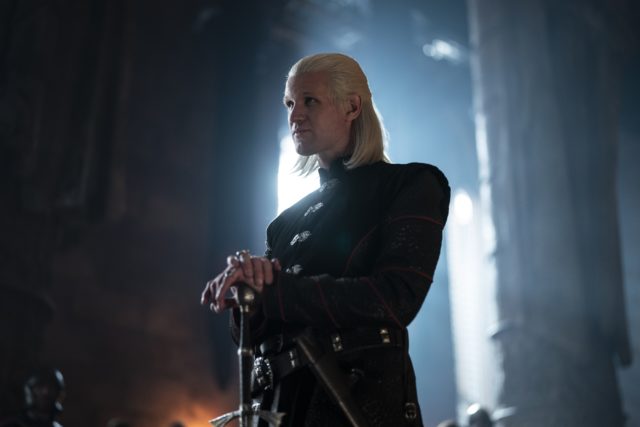 While some fans are relieved to have Martin’s seal of approval, others are still anxiously awaiting the final two novels in the series: The Winds of Winter and A Dream of Spring. “I expect to be involved in [House of the Dragon] to some extent…and, who knows, if things work out, I may even be able to script a few episodes,” Martin wrote on his blog, “But… I am not taking on any scripts until I have finished and delivered Winds of Winter. Winter is still coming, and Winds remains my priority.”

Martin has yet to publish a Game of Thrones novel since A Dance with Dragons was released in 2011.

Will House of the Dragon be different from the original?

As Game of Thrones wrapped up in 2019, teams of writers were asked to create potential spin-offs for the franchise. After several rounds of pitching shows, two spin-offs were selected: House of the Dragon and a second, unnamed spin-off about everyone’s favorite Winterfell heartthrob, Jon Snow. 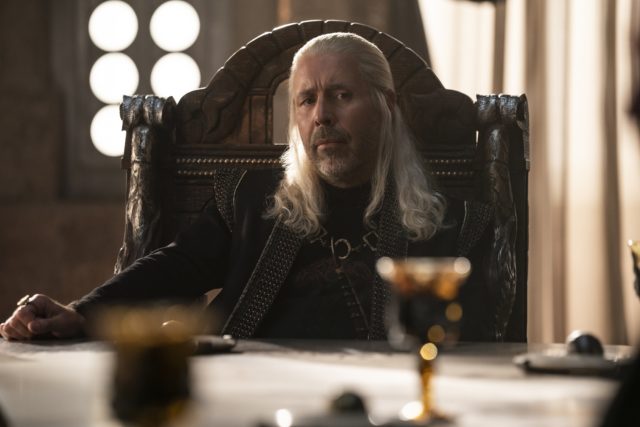 Based on Martin’s book Dance of the Dragons, the main conflict of the show is the Targaryen civil war that raged through Westeros. Divided between family members, the Targaryens use their dragons to fight against their own siblings, sons, daughters, and parents.

So far, it has been revealed that the main plot will center around the King, the King’s son, the daughter, and the daughter’s best friend. According to The Guardian, relationships are put to the test when the best friend of Princess Rhaenyra, the daughter, marries the King and becomes Queen. The concept echoes back to some of the illustrious (and incestuous) relationships amongst Targaryen family members seen in Game of Thrones. 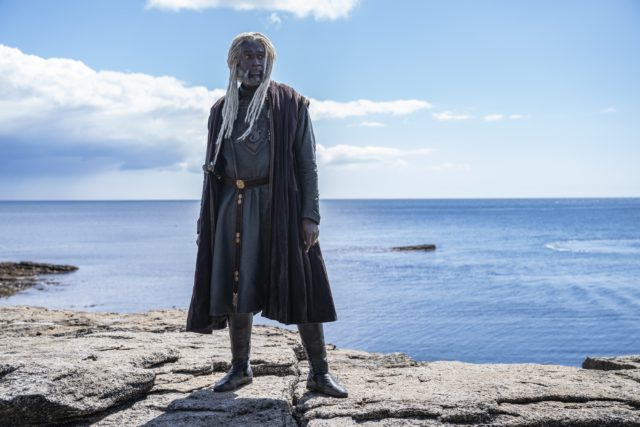 Writers have already assured GoT fans that the new show will remain faithful to many themes, but one key detail was scrapped in the writer’s room. Unlike Game of Thrones, House of the Dragon will have decidedly less nudity while placing more emphasis on feminist themes through plot points like childbirth and a female perspective of life under patriarchy.

This newer Game of Thrones adaptation does share a lot of similar themes with the original series, the biggest being power and title. Just as the four major houses of Westeros battle to claim the iron throne, one house divides itself in a struggle for power in House of the Dragon. The role of women as rulers will be a stronger theme in the spin-off, as the Targaryen women – like Daenerys in Game of Thrones – must prove their strength to the ruling men.

Who are the characters?

Besides the Targaryen characters, several other new faces are expected to appear in House of the Dragon. Lord Corlys Velaryon (AKA the Sea Snake), played by Steve Toussaint, is the only Black person in Westeros, taking on a critical role in a mostly white cast. Eve Best plays Princess Rhaenys Velaryon, a dragon rider known as “The Queen Who Never Was,” losing her claim to the throne when the Great Council favored her cousin Viserys in order to have a male ruler.

Mysaria, played by Sonoya Mizuno, is a slave and dancer who arrived in Westeros with nothing but managed to rise through the ranks and become a trusted friend of Prince Daemon Targaryen, the King’s son.

Other roles from the original series will be adopted in the new one, including Otto Hightower, the Hand of the King, and a Lannister ancestor who takes up residence as Lord of Casterly Rock – the home of the cunning and deceitful Lannister family in Game of Thrones.

House of the Dragon will likely have to battle for viewers’ attention thanks to another fantasy prequel set to hit the small screen: The Rings of Power, a Lord of the Rings series said to be the most expensive television show ever made with a budget of $1 billion dollars!

More from us: Facts You Must Read to Believe About the Much-Missed Carrie Fisher

Episodes of House of the Dragon are set to begin airing weekly after the pilot on August 21, 2022.

« The True, Dramatic History of the Hotel That Inspired ‘Only Murders in the Building’
Jerry Seinfeld Told Lisa Kudrow His Show Helped with Friends’ Success »