To millions of people, she’ll always be Princess Leia. But did you know there’s more to Carrie Fisher (1956 – 2016) than her classic Star Wars character? A lot more!

Read on to discover surprising facts about the multi-talented and much-missed star. 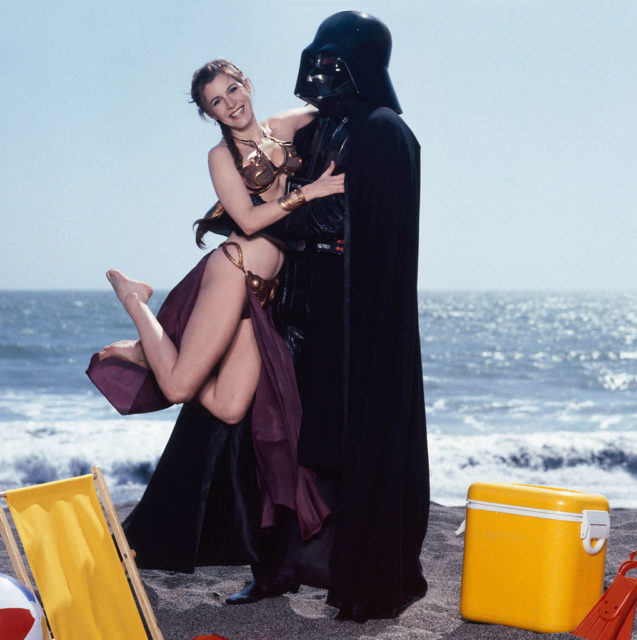 She nearly didn’t bag the role of a lifetime as Leia Organa. Star Wars creator George Lucas wanted to cast Jodie Foster. When that didn’t work out, Fisher donned those cosmic cinnamon buns. She wasn’t a fan of the hairstyle but the 1977 movie made her name.

Over the years she had some criticisms for Lucas’s mega-franchise. From public scrutiny to revealing gold bikinis, it wasn’t a smooth journey among the stars. In particular, the actress regretted giving away the rights to her likeness.

Still, she kept her sense of humor about it all. “Not that I don’t think I’m cute or anything,” she quipped to The Guardian in 2011, “when I looked in the mirror, I didn’t think I was signing away anything of value.”

She loved to read 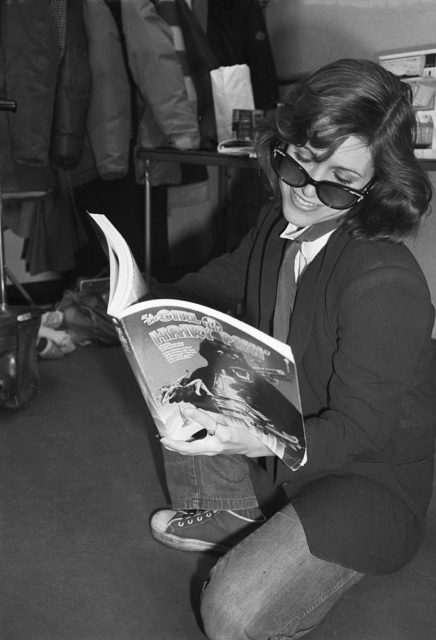 Carrie Fisher, who gained fame in the movie ‘Star Wars,’ gets in the mood for her upcoming Broadway show, ‘Censored Scenes from King Kong,’ by reading excerpts from the novel, ‘Girl in the Hairy Paw.’ (Photo Credit: Bettmann / Contributor)

Carrie Fisher was reportedly branded a “bookworm,” such was her interest in a good read. Perhaps this was unexpected in someone from a showbiz family – her mother was Debbie Reynolds and her father Eddie Fisher.

She entered the spotlight as a glamorous performer out to razzle-dazzle ‘em. Yet Fisher wasn’t comfortable and eventually she wrote a novel in 1987. From galactic royalty to acclaimed author… more on that later! 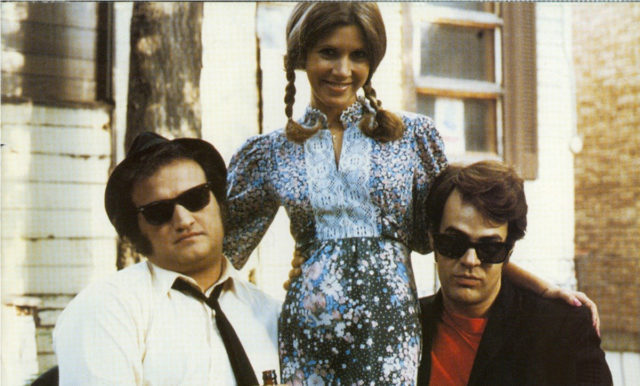 Blues Brothers co-star and comedy legend Dan Aykroyd got down on one knee for Fisher following a dramatic incident. Well, dramatic and typically absurd. Fisher nearly choked on a Brussels sprout.

The marriage didn’t happen but Aykroyd remembers his ex fondly. “She and John Belushi became instant pals. I remember how much she made him laugh,” he told Empire. He added that she was one of “the most brilliant and hilarious minds of our eon” and that it was an honor to know her. 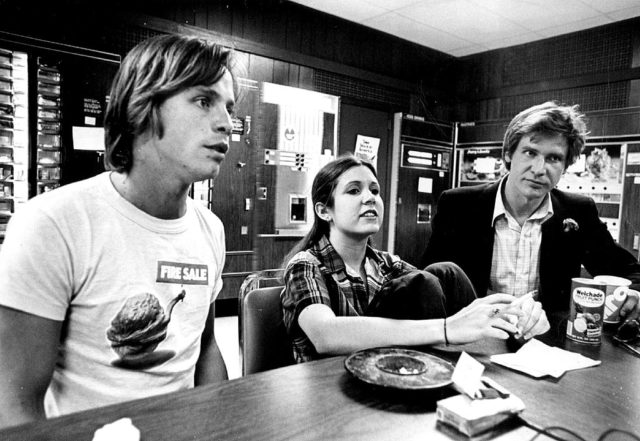 JUN 15 1977 – ‘Star Wars’ has Given three Performers that All-Important Break. Featured in the popular science fantasy movie are, from left, Mark Hamill, Carrie Fisher and Harrison Ford. The three were in Denver for a press tour. (Photo Credit: Steve Larson/The Denver Post via Getty Images)

A big revelation about Fisher’s personal life came relatively recently. In her 2016 memoir The Princess Diarist she dropped the news that she and Harrison Ford were romantically involved. In fact, they had an affair.

Commentary on the relationship hasn’t been complimentary to the Indiana Jones star. “Beyond sleeping with her, Ford rarely bestowed her any warmth or even talked to her,” writes Factinate.

They remained good friends, however, and Fisher talked about that period when publicizing the book. “He’s not the warmest person,” Fisher said on NPR. “He’s not accessible, let’s say that… It was sort of one-half of a conversation was happening.” 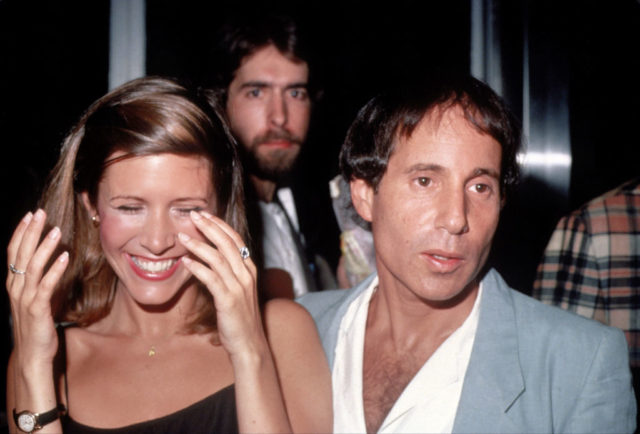 The love of Fisher’s life was probably singer and musician Paul Simon. They were together on and off for a decade or so, though the resulting marriage lasted the best part of a year. As mentioned by Entertainment Weekly, Fisher’s bipolar disorder and drug addiction, plus Simon’s depression, made them a complex mix.

It all came to an end in the unlikely setting of the Amazon. A trip to a local healer closed the book on the creative couple. EW writes: “During that experience, Fisher had a revelation that she would never be able to escape “Paul’s ever-spinning, ever-controlling brain.”

The book that became a milestone for Fisher 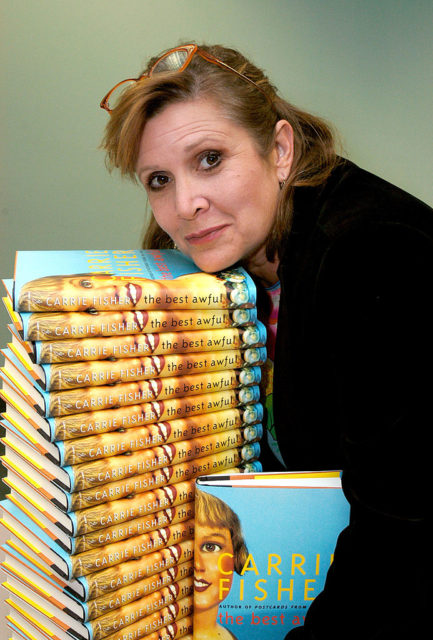 When Fisher did write her first novel, it partly drew on her own life. Postcards From The Edge (1987) told a story about a Hollywood actress in the aftermath of an overdose. It arguably changed perceptions of her forever.

Mike Nichols (The Graduate) directed a movie adaptation three years later, which starred Meryl Streep and Shirley MacLaine as a mother and daughter with a turbulent relationship.

She produced four novels in total, the last published in 2004 – The Best Awful There Is was a follow-up to Postcards From The Edge. Fisher also penned several nonfiction books.

Her Austin Powers role is surprisingly true to life 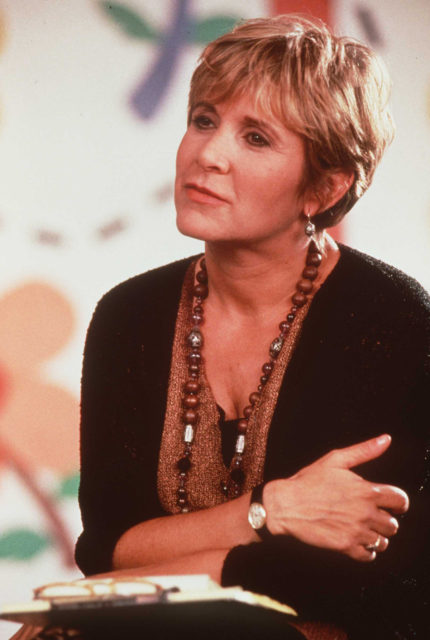 Carrie Fisher made an uncredited cameo appearance as a therapist in Mike Myers’ Austin Powers: International Man of Mystery (1997). While this may seem like a throwaway role, it actually has some significance to Fisher’s life. At least in relation to a surprising source… James Blunt!

The singer-songwriter stayed with Fisher and Debbie Reynolds while putting together his 2004 debut album Back to Bedlam (this title was reportedly suggested by the actress). Blunt famously recorded “Goodbye My Lover’” in her bathroom. Fisher has stated that she acted as Blunt’s therapist during that time! 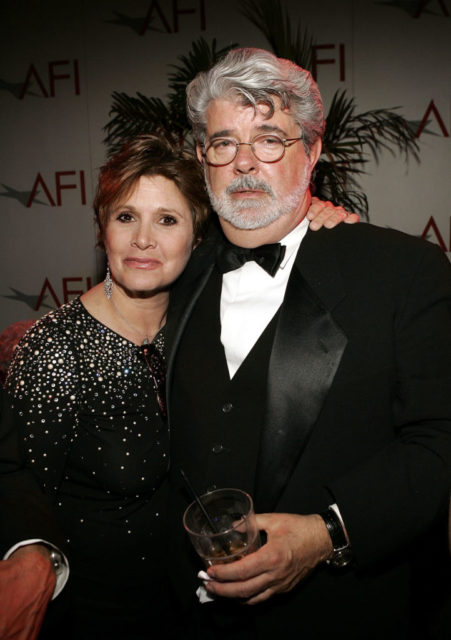 Fisher’s working relationship with Harrison Ford/Han Solo lasted decades. Yet she also had input into another classic character of his, Indiana Jones. When George Lucas made The Young Indiana Jones Chronicles (1992- 96), he hired the former Princess to write for the show.

On the big screen, she worked as an in-demand “script doctor” on diverse productions such as Hook (1991), Lethal Weapon 3 (‘92), The Wedding Singer (‘98) and even the infamous Sylvester Stallone flop Stop! Or My Mom Will Shoot (‘92). Things came full circle somewhat when Fisher rewrote dialogue for the Star Wars prequels. 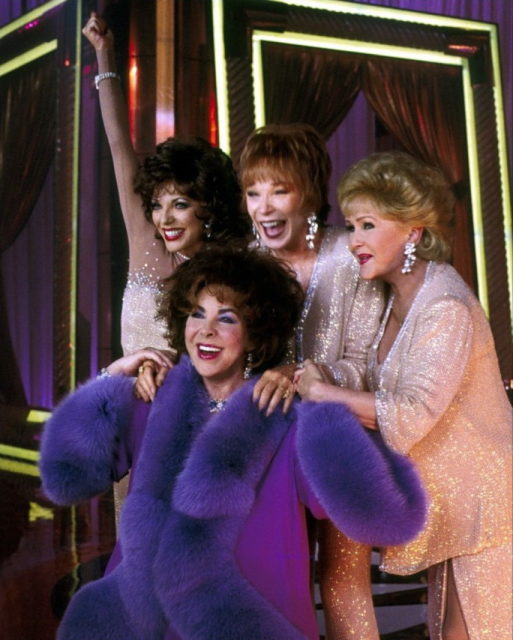 Elizabeth Taylor’s last ever role was in the 2001 TV movie These Old Broads. The comedy, focusing on a tense reunion between a group of Hollywood veterans, co-starred Debbie Reynolds, Shirley MacLaine and Joan Collins. Fisher co-wrote the screenplay.

She made a movie with Ringo Starr 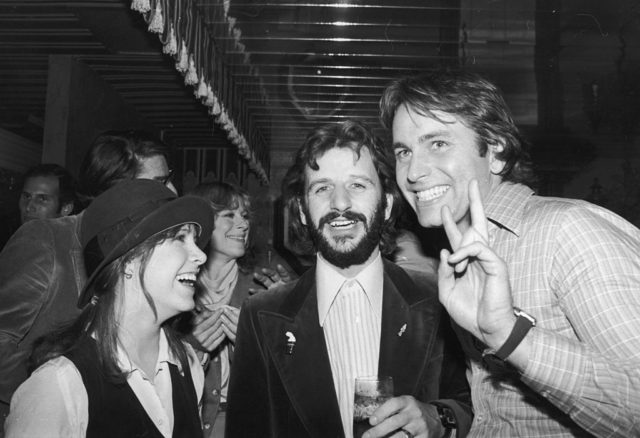 Did you know Carrie Fisher worked with Beatle Ringo Starr in a 1978 film? The world’s most famous drummer followed his own beat for a solo outing showcasing his comedic talents.

More from us: How Mike Myers and Dana Carvey Shwung From Friends to Foes and Back Again