These Photos Prove That Elizabeth Taylor’s Style Was Timeless

In the world of fashion, it seems to be true that history repeats itself. Trends come and go, but more often than not, the fashion industry looks back in time at style icons as inspiration for new trends. Here we take a look at some of the best looks from one of the biggest fashion icons of all time, Elizabeth Taylor. Even today, her style remains timeless. We wouldn’t be surprised if we see any of these looks being recreated in the near future. 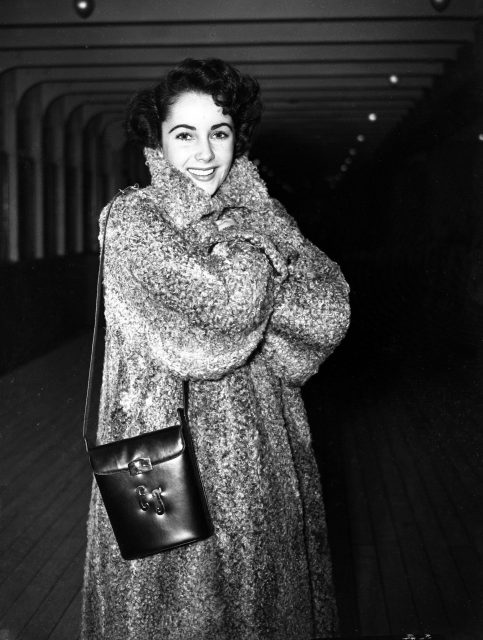 When 16-year-old  Elizabeth Taylor arrived back in England from the United States, she was photographed wearing a fuzzy, grey Persian lamb coat. She paired this look with a black bucket bag. Although Taylor was only 16 when this photo was taken, she had already found success as a child actress throughout the 1940s. She was one of the few child stars who successfully transitioned into more mature roles. 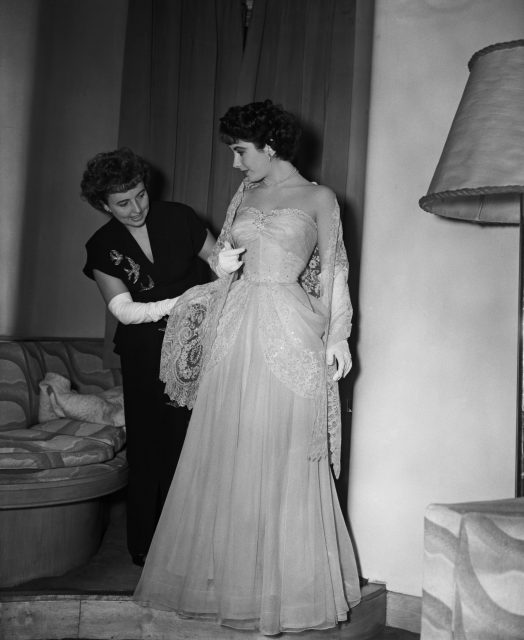 Here is one of the many stunning gowns Elizabeth Taylor wore throughout her life. She’s being helped into the gown by her mother, Sara Sothern. Taylor’s mother had a passion for movies and was the first person to encourage her daughter to pursue acting seriously. 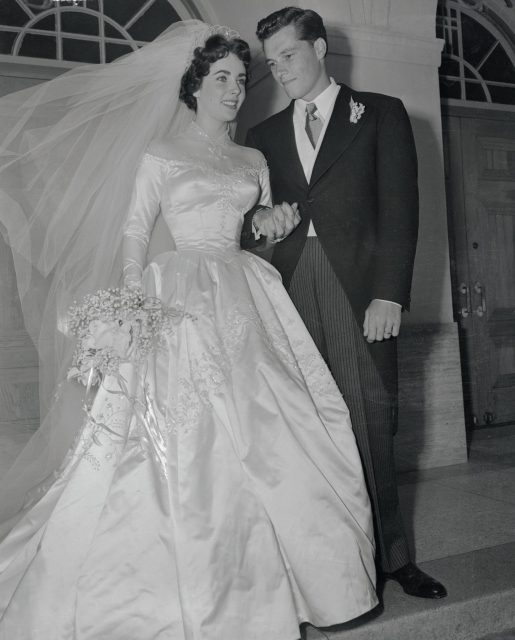 On May 6, 1950, Elizabeth Taylor married her first husband, Conrad “Nicky” Hilton. Taylor was only 18 when she married the 24-year-old Hilton Hotel heir. Inevitably, the marriage was short-lived. Taylor’s first wedding dress was designed by MGM costume designer Helen Rose, who also designed Grace Kelly’s famous wedding gown. The wedding dress was a gift from MGM studios. 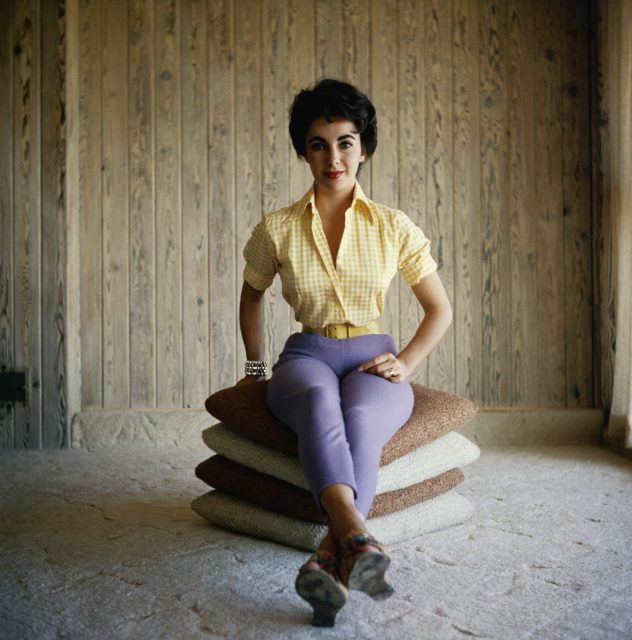 Elizabeth Taylor was known to love wearing bright colors. Here she is pictured sitting on a few floor pillows. We would never think to pair purple pants with a yellow checked shirt, but she sure does pull it off well! 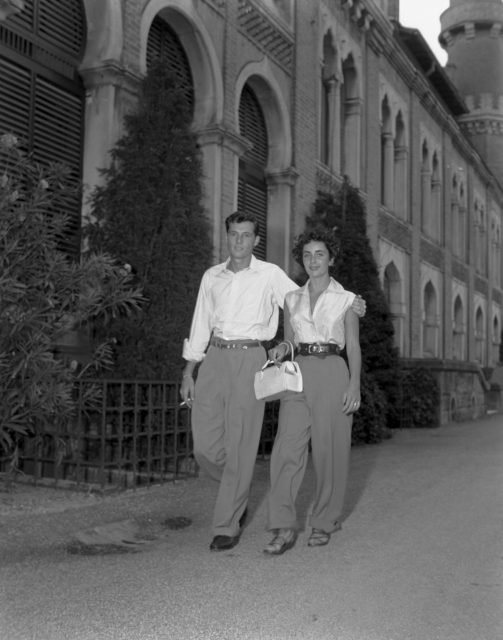 Excuse us while we go and try to recreate this exact outfit. Here Ms. Taylor is wearing a white, sleeveless shirt and wide trousers while on a walk with Nicky Hilton in Venice.

6. A vision in velvet 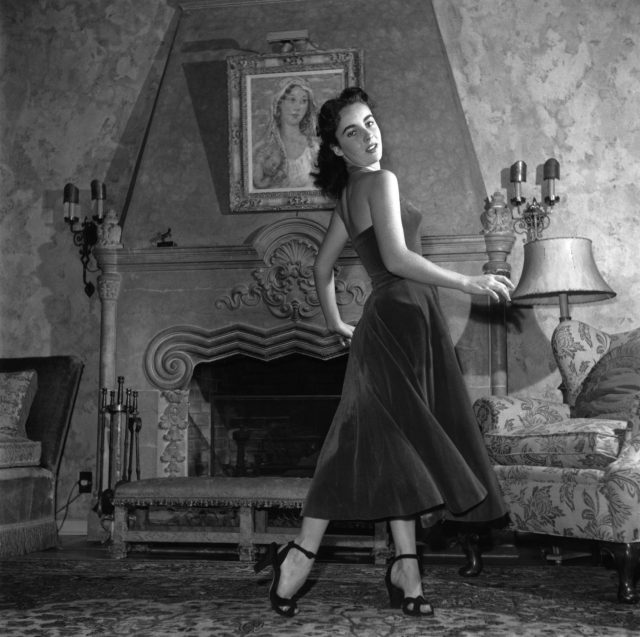 7. Liz Taylor and the Fontana sisters 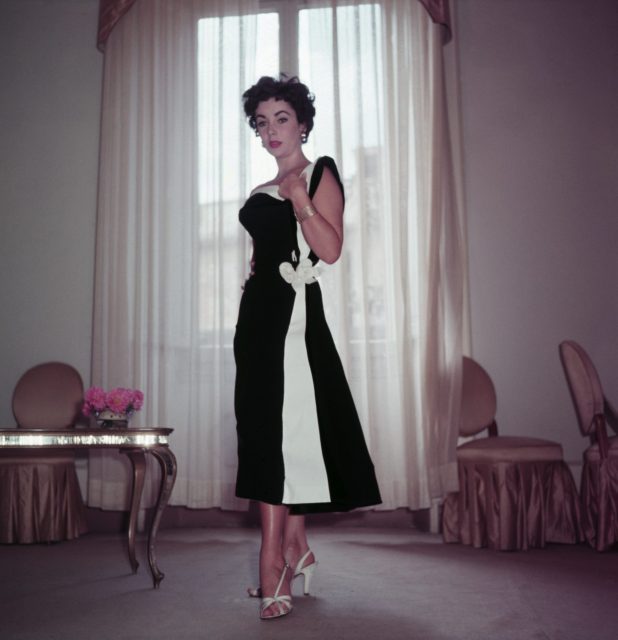 The Fontana Sisters, founded by  Zoë, Micol, and Giovanna Fontana, opened a design house in 1943. At the height of their success, they dressed people including Audrey Hepburn, Elizabeth Taylor, and Ava Gardner. Here, Taylor models a black and white silk cocktail dress designed by the Fontana Sisters. 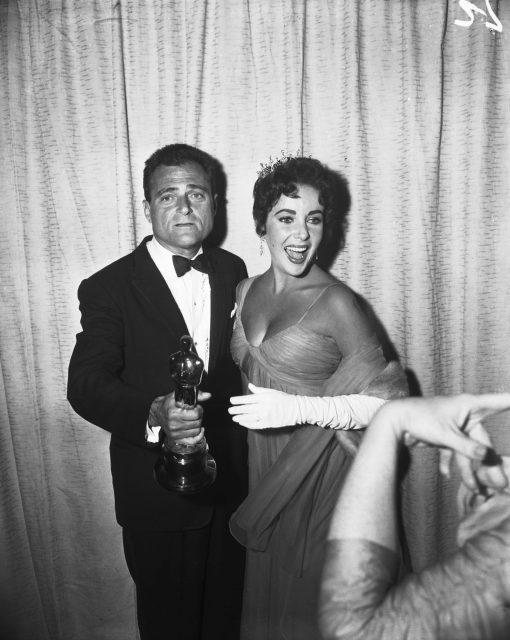 Elizabeth Taylor has worn a lot of stunning dresses to the Academy Awards, but her 1957 dress is one of our favorites. She wore a spaghetti strap chiffon dress and accessorized the look with a diamond tiara that her third husband Mike Todd bought for her. In her book, My Love Affair With Jewelry, Taylor writes, “When Mike gave me this tiara, he said, ‘You’re my queen, and I think you should have a tiara.”

9. Basically anything from Cleopatra 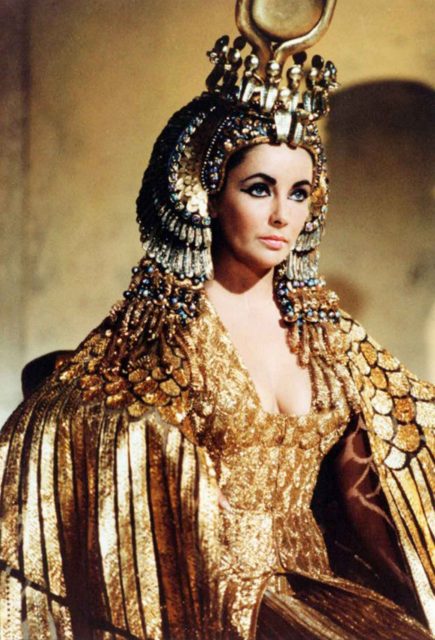 We know that technically the Cleopatra outfits worn by Elizabeth Taylor are costumes, but they are still some of the most iconic pieces of clothing ever worn (in our opinion). When Cleopatra was released in 1963, Taylor had a total of 65 costume changes as the title character. This was a record for a motion picture when the movie was released.

Although these weren’t Taylor’s own clothes, the costumes from Cleopatra were extremely influential after the movie’s release. Snake rings, arm cuffs, geometric haircuts, and the “Cleopatra eye makeup” all became popular trends.

The gold dress, cape, and headdress worn by Taylor in the scene where Cleopatra goes to Rome has got to be one of the most iconic movie costumes of all time. In fact, the cape was made of 24-karat gold.

10. Straight out of the jungle 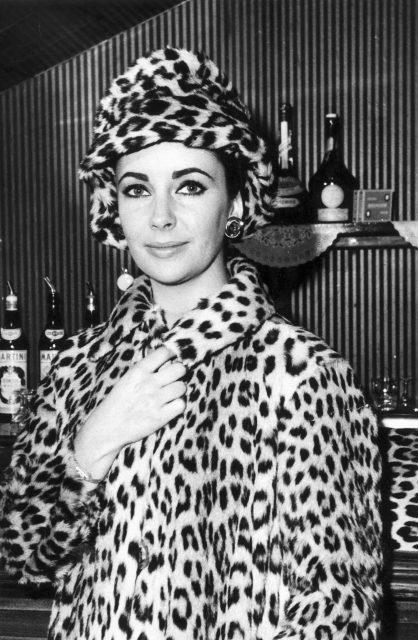 11. Her fifth wedding dress was the most iconic 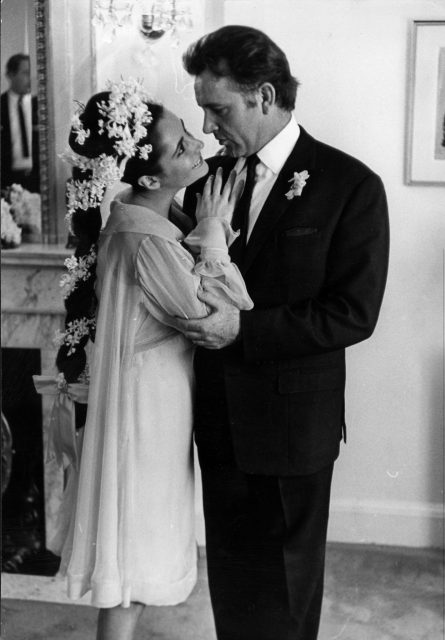 Elizabeth Taylor’s fifth marriage, and perhaps her most famous, was to Richard Burton in 1964. The pair started an affair while they were both working on Cleopatra. Cleopatra’s costume designer created Taylor a canary yellow babydoll dress. Liz accessorized the look with hyacinths and lilies of the valley weaved into her braided updo. The look was completed with a stunning diamond and emerald Bulgari brooch.

12. One of the most expensive dresses ever 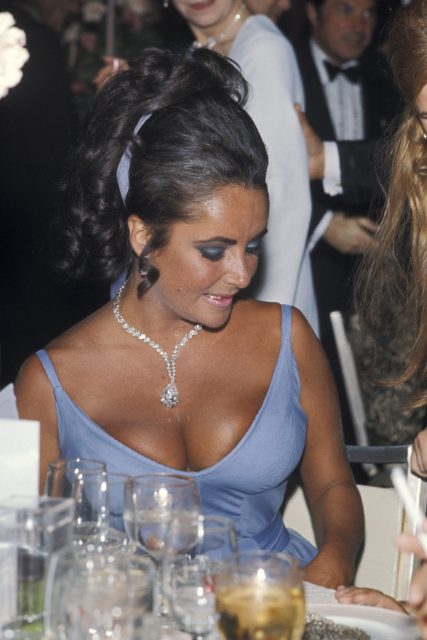 In April 1970, Elizabeth Taylor attended the Academy Awards with Richard Burton. For the ceremony, she wore a periwinkle dress designed by Edith Head, who designed the dress specifically with Taylor in mind because she thought the color of the dress would make Taylor’s eyes pop. She completed the look with her infamous “Taylor-Burton diamond.” The dress was actioned off in 1999 and sold for $167,500.

13. Queen of accessories and matching sets 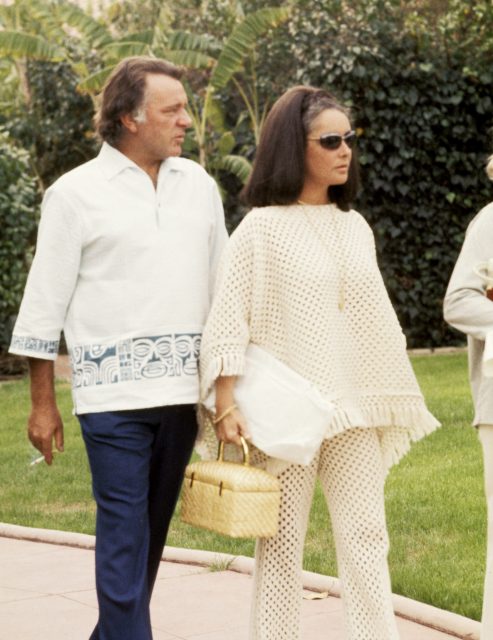 Now that matching sets are back in style, we’re using this photo as inspiration the next time we go shopping! Elizabeth Taylor fully embraced the style of the early ’70s in this knit poncho with matching pants. She accessorized the look with a wicker purse and long gold necklace.

14. Her hat game was strong 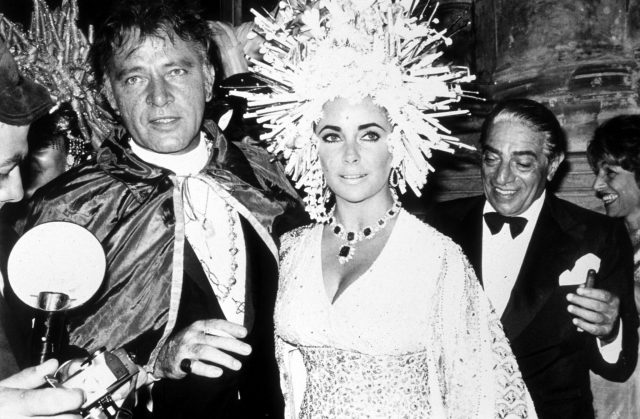 Taylor was known to accessorize with jewels, but she also had a hat for nearly every occasion. She was never one to shy away from a strong fashion statement, and one way she was able to become a style icon is through the hats and elaborate headdresses she wore.

One of Taylor’s iconic headpieces (pictured above) is a beaded caftan designed by Alexandre of Paris, which was crafted with the help of Massimo Spazzoili. The headdress was originally designed for Taylor to wear in the movie Boom!, and was made of silver spikes, white orchids, lilies, and pearls. This headdress is the only thing that could ever outshine Taylor’s Bulgari suite of emeralds worn around her neck.