She’s a Rich Girl: 11 of the Most Expensive Celebrity Dresses of All Time 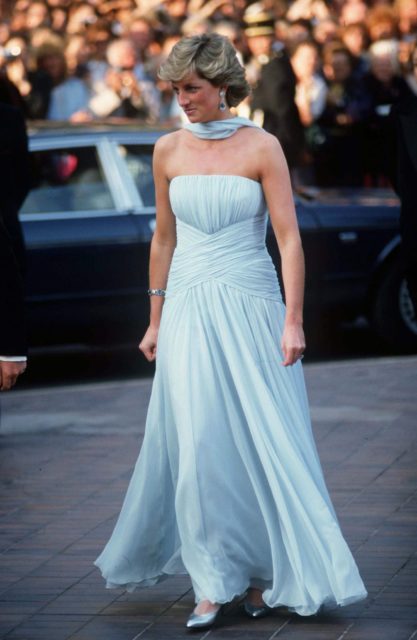 This baby blue dress worn by Princess Diana at the 1987 Cannes Film Festival is one of our favorite looks of all time. The dress was designed by Catherine Walker, and took inspiration from a dress worn by Grace Kelly in Alfred Hitchcock’s To Catch A Thief (1955). The dress was sold at a 2013 auction for a total sum of $137,500. 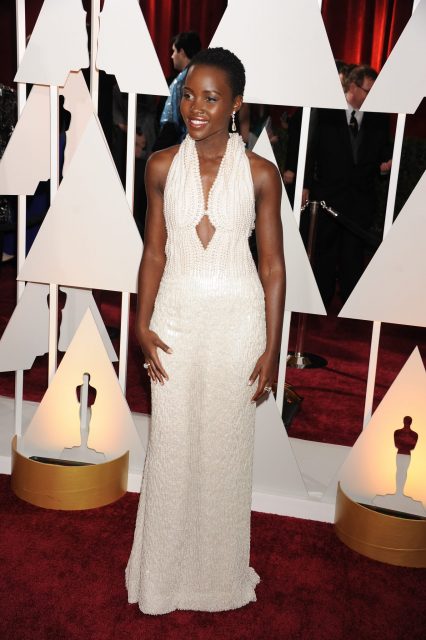 In 2015, actress Lupita Nyong’o wore a custom-made Calvin Klein dress to the Oscars. The dress was worth $150,000 and was completed with 6,000 natural white pearls. A total of 25 people created the dress, and it took 10 weeks to hand-sew the pearls on. 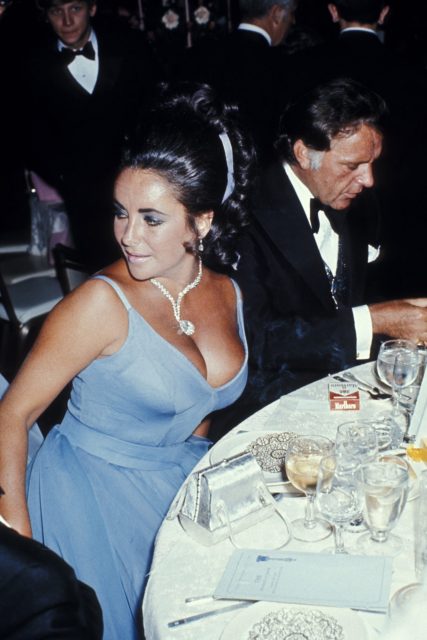 In April 1970, actress Elizabeth Taylor attended the Academy Awards wearing a blue chiffon gown designed by Edith Head. She accessorized her look with the infamous “Taylor-Burton diamond” bought by Taylor and Richard Burton in 1969. The dress was specifically designed for the actress by Edith Head because she thought the color of the dress would make Taylor’s eyes pop, which of course, it did! The dress was auctioned off in 1999 and sold for $167, 500. 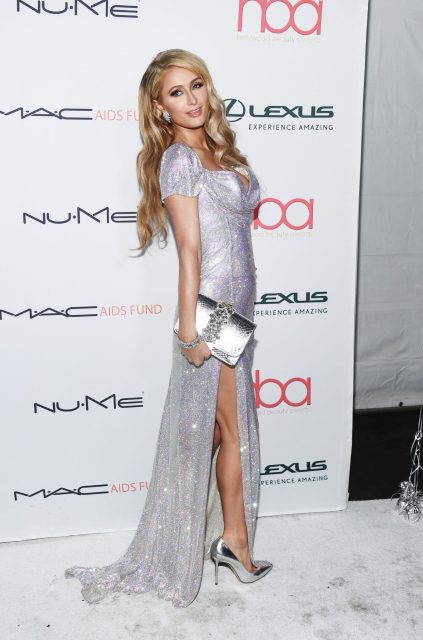 In 2017, Paris Hilton wore a dress designed by August Getty to the Hollywood Beauty Awards. The dress is covered in 500,000 Swarovski crystals and is worth about $270,000. It took a total of about eight months for it to be completed, and had an average of five people working on it at one time. 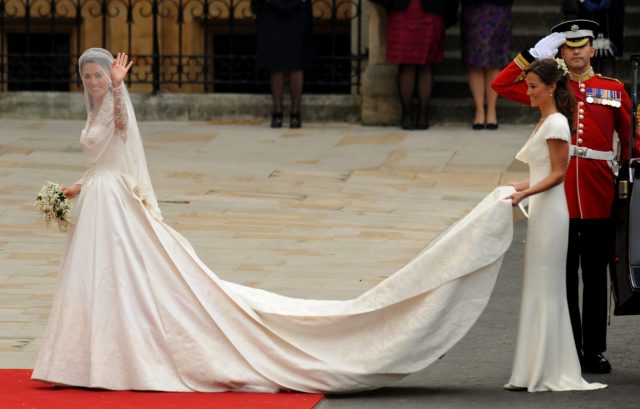 In April 2011, Kate Middleton married Prince William at Westminster Abbey. For her big day, she wore a dress designed by Sarah Burton from Alexander McQueen. The dress featured a Victorian lace bodice, and had a nearly nine-foot-long train. The wedding dress reportedly cost around $400,000. 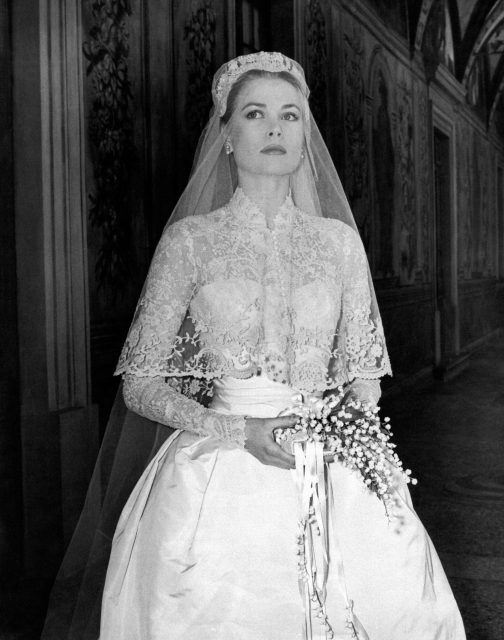 Grace Kelly’s 1956 wedding has served as the inspiration for brides all over the world for decades. The wedding dress features a high-neck long-sleeve gown complete with a full skirt. The stunning gown was designed by Helen Rose and features thousands of hand-sewn pearls, and even 125-year-old lace from Brussels. In 1956, the dress cost $60,000, which is equivalent to over $550,000 today. 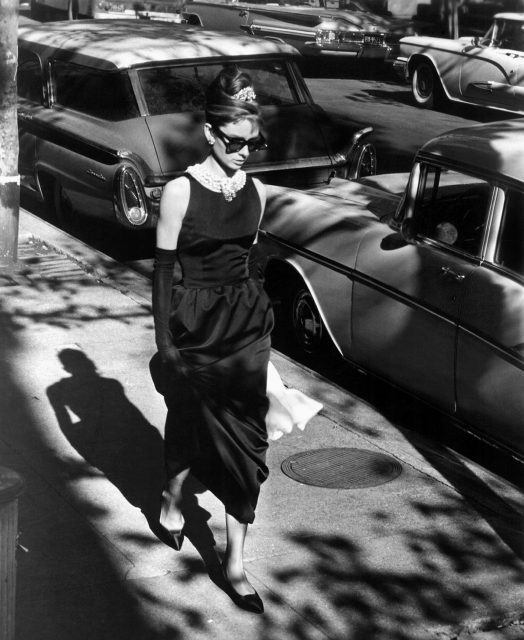 The black dress worn by Audrey Hepburn in the 1961 movie, Breakfast at Tiffany’s, is one of the most recognizable black dresses of all time. In 2006, the iconic Givenchy dress was sold at a Christie’s auction where it was bought for $807,000. Two other copies of this dress survive – one in Givenchy’s archive and the other in a costume museum in Madrid. 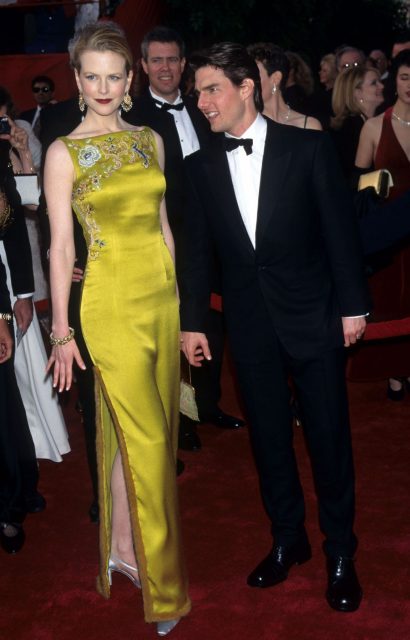 In 1997, actress Nicole Kidman wowed at the Academy Awards in a green, silk Christian Dior Haute Couture dress. According to Melissa Rivers, who covered the 1997 Oscars, Kidman’s dress, complete with embroidered silk, with a slit up the side and lined with mink, was “the first true couture dress on the red carpet.” The dress took around 1,000 hours to make and is worth about two million dollars. 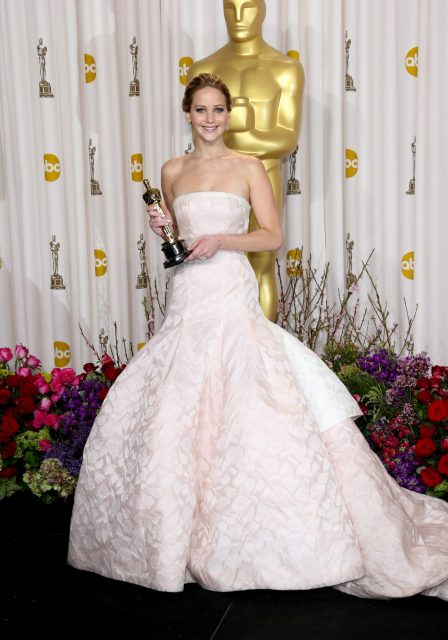 When we think of iconic moments in Academy Awards history, we often think of actress Jennifer Lawrence falling up the stairs as she went to collect her award for her role in the movie Silver Lining Playbook. Perhaps this little fall had to do with the dress she was wearing that night, or perhaps she was just nervous to receive her first Academy Award. For the event, Jennifer Lawrence wore a drop-waisted Dior Couture gown which reportedly cost a staggering $4 million. 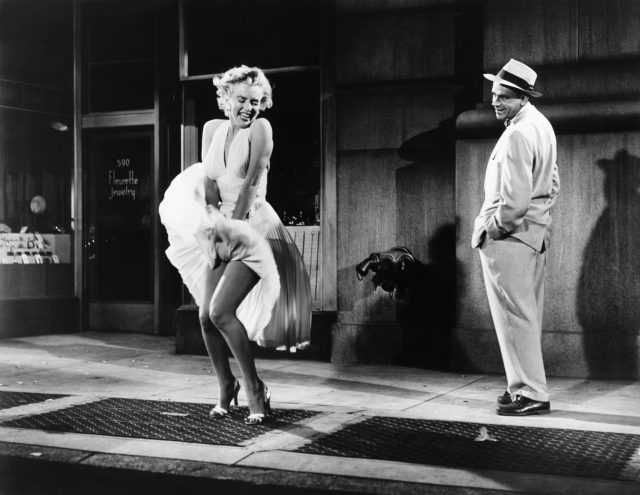 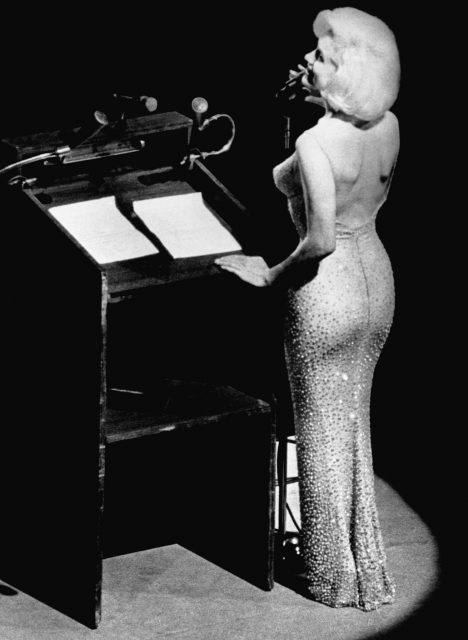 « Before ‘The Mandalorian’ There Was… ‘The Star Wars Holiday Special’
Before Harry Potter There Was… Kevin McCallister? How ‘Home Alone’ Influenced The Wizarding World »