Elizabeth Taylor is often associated with the eight marriages she had throughout her life. Regardless of how those marriages ended, one thing is for certain: Liz Taylor never gave up on love during her lifetime. Here’s what you need to know about Liz’s eight marriages. 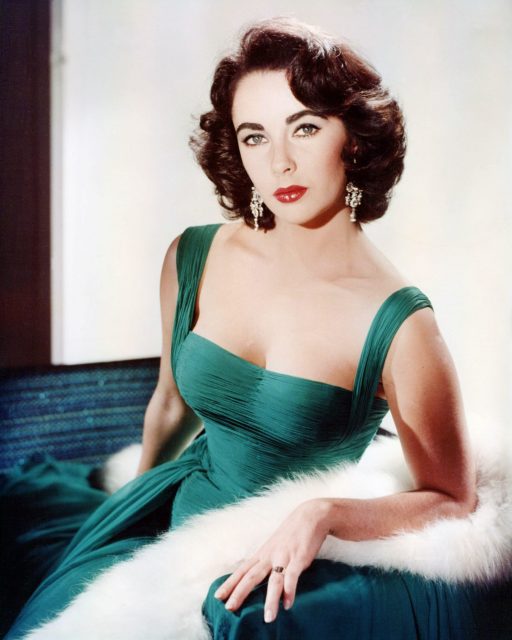 Elizabeth Taylor’s wedding to Hilton Hotel heir Conrad “Nicky” Hilton Jr. started out as a fairytale and ended in dismay. This first marriage was Elizabeth Taylor’s shortest, lasting less than a year. Taylor, who was still a teenager when she tied the knot with Conrad Hilton, filed for divorce eight months later. 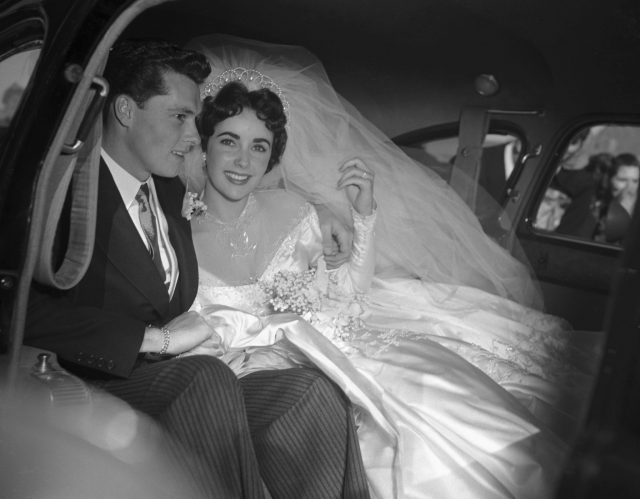 Elizabeth Taylor and Conrad “Nickie” Hilton Jr. in the limousine taking them to their wedding reception at the Bel-Air Country Club. (Photo Credit: Bettmann/Getty Images)

Taylor and Hilton met at L.A.’s Mocambo nightclub in October 1949 and wed eight months later on May 6, 1950, with 600 of their closest friends in attendance at the Church of Good Shepherd in Beverly Hills.

However, the marriage turned sour shortly after this ceremony. On their three-month European honeymoon, the couple was constantly fighting. Hilton had a dependency on drugs and alcohol, and according to reports, it led to increasingly abusive behaviour.

This dependency on drugs and alcohol ultimately led to Hilton’s untimely death in 1969. After Hilton’s death, his stepmother, Zsa Zsa Garbor, reported having had an affair with him in 1944.

Hardly a year after her divorce from Hilton, Liz Taylor tied the knot for a second time. This time, Liz married British actor Michael Wilding, who was 20 years her senior. Together, Taylor and Wilding had two sons: Michael, born in 1953, and Christopher, born in 1955. 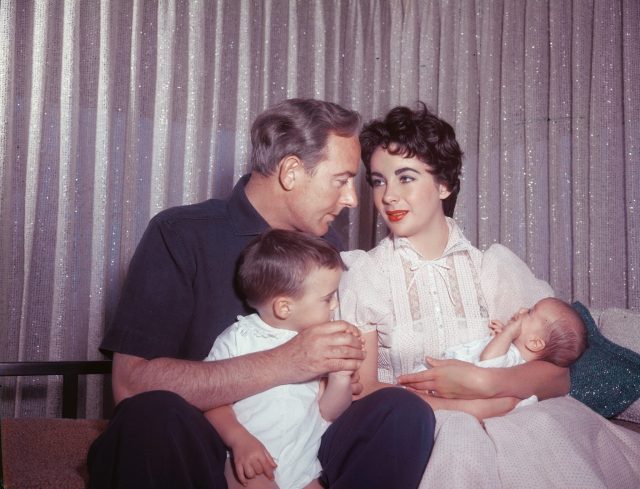 According to Taylor, Micheal Wilding was a “wonderful father,” but the two ultimately went their separate ways in January 1957 after five years of marriage.

Taylor has stated that she had two great loves in her life — one being Richard Burton (who we will get to), and the second being movie producer Mike Todd. This marriage was the third for both Liz and Mike, and they were married in 1957.

It was a happy marriage, and together they had a daughter they named Elizabeth Frances (Liza) Todd. Close friends of Liz said that during her marriage to Todd, she was the happiest she had ever been. 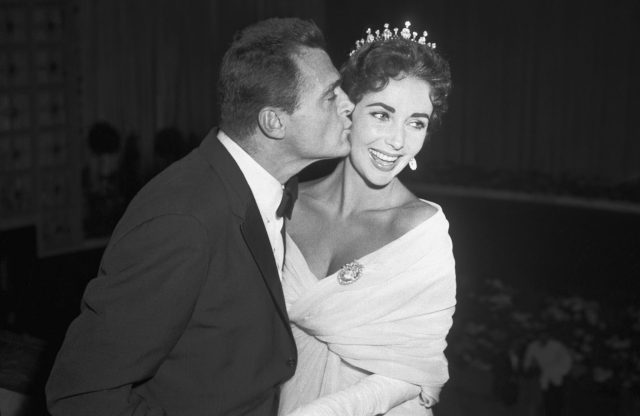 Tragedy struck this happy couple on March 22, 1958, when Todd’s private plane, “the Liz,” crashed in New Mexico. Taylor, who was supposed to travel with him on this fateful trip, had opted out because she had a cold.

Taylor’s grief was obviously unimaginable. She later recalled that all she could do upon hearing the news of Todd’s death was to scream “No, no, no. No, not Mike, not Mike. Dear God, please not Mike.” Mike Todd was the only husband Taylor did not divorce.

Liz’s fourth marriage was to her friend Eddie Fisher, which caused quite the scandal in Hollywood. Eddie Fisher and his wife Debbie Reynolds had been close friends to Elizabeth Taylor and Mike Todd. In fact, the couples were so close that when Taylor married Mike Todd, Debbie Reynolds acted as Liz’s matron of honor, while Eddie Fisher was Todd’s best man. 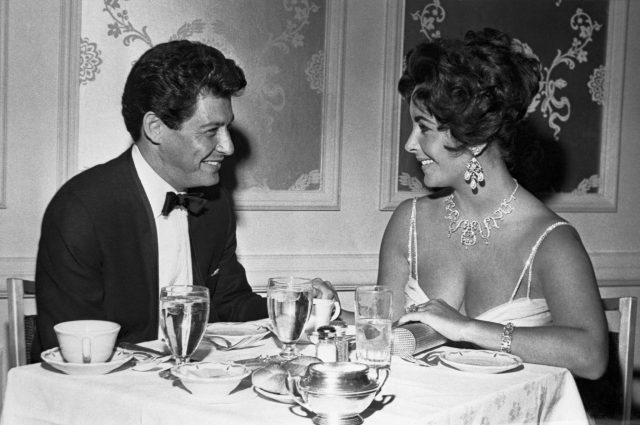 A month after the plane crash that killed Mike Todd, Eddie Fisher separated from Debbie Reynolds so he could be with Liz Taylor. The press, who had a heyday with this scandal, vilified Liz and Eddie.

Liz was labeled a home-wrecker and the press dubbed Debbie Reynolds a victim of Taylor’s antics. Nonetheless, Eddie Fisher and Debbie Reynolds divorced in 1959 so Fisher could marry Liz Taylor. The couple was married for five years but divorced after Taylor started an affair with Richard Burton. While Taylor’s acting career thrived as a result of the scandal, Eddie Fisher’s singing career was never able to recover.

Richard Burton is the husband most commonly associated with Liz Taylor, and he is often described as the love of her life. Both actors were married when they started up an affair on the set of Cleopatra. According to Taylor, she fell in love with Burton the moment she saw him on the set of Cleopatra and loved him ever since. Their entire romantic relationship consisted of irresistible chemistry, vicious fights, and a luxurious lifestyle. 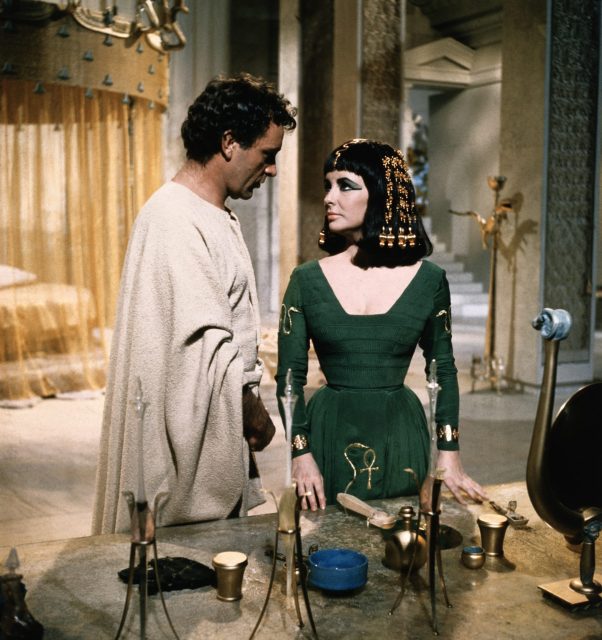 The romance drew major attention during the filming of Cleopatra. The world was completely obsessed with the fact that the romance that was being carried out onscreen was also translating over into the actors’ real lives.

In fact, when John Glenn first orbited the earth in February 1962, some newspapers chose to feature stories of Burton and Taylor instead. Nine days after Taylor divorced Eddie Fisher, on March 15, 1964, Burton and Taylor were married for the first time. 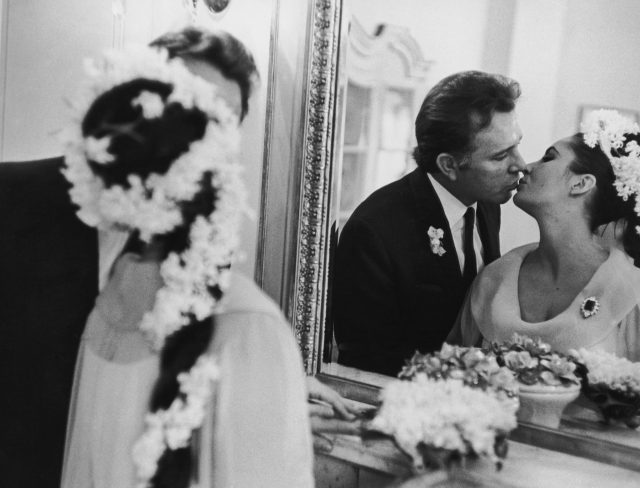 Liz and Richard fought so much they earned the nickname “The Battling Burtons.” They filed for divorce in June 1974. They remarried in October 1975, but once again divorced less than a year later in July 1976. However, the two stayed in contact with one another until Burton’s death in 1984, with Elizabeth claiming she was still in love with Burton until the day he died.

In 1976, after her final divorce from Richard Burton, Liz Taylor married politician John Warner. Taylor and Warner had a whirlwind romance and were married within five months of their first date. However, Taylor would later go on to say that “after Richard [Burton], the men in my life were just there to hold the coat, to open the door. All the men after Richard were really just company.” 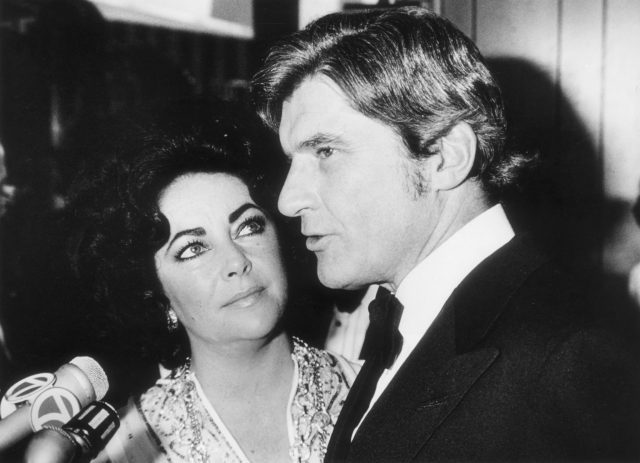 However, when Warner was elected to the Senate, Liz recalled feeling extremely alone in her 1987 memoir, Elizabeth Takes Off, stating: “I don’t think I’ve ever been so alone in my life as when I was Mrs. Senator.” Although she did not blame Warner for his devotion to public life, the pair would go on to divorce in 1982. Taylor recalled feeling that she could not bear the intense loneliness in their marriage.

Elizabeth Taylor’s final marriage to Larry Fortensky was her most low-key and anonymous marriage. Prior to his marriage to Liz Taylor, Fortensky was an unknown construction worker. The two met at the Betty Ford Clinic, a rehab clinic that both spent time in. 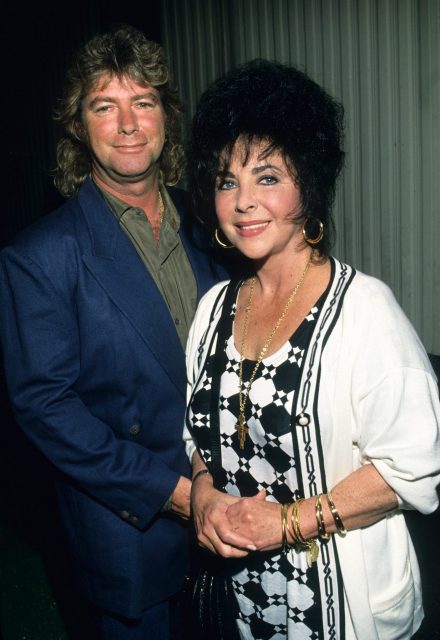 Although the two held a multi-million dollar wedding at Michael Jackson’s Neverland Ranch, they ultimately divorced in 1996. Larry Fortensky made headlines again in January 1999 when he fell down a flight of stairs in his California home. He was in a coma for six weeks and hospitalized for two months as a result of this accident. Although divorced, Larry Fortensky and Liz Taylor remained friends for the rest of Liz’s life. They were in contact until her death in 2011.

« Lady Liberty Has Her “Little Sister” Over For Independence Day Weekend
Danny Trejo: The Big-Screen Hard Man Who Went From Inmate To Icon »