Danny Trejo: The Big-Screen Hard Man Who Went From Inmate To Icon

He’s a popular big-screen tough guy who wears his authenticity on his sleeve…or more accurately on his skin, care of an extraordinary signature tattoo. But all that recognition came at a cost.

As his autobiography Trejo: My Life of Crime, Hollywood and Redemption — co-written with fellow actor Donal Logue — is released, we take a look at Trejo’s rise from hardened jailbird to acclaimed actor and humanitarian. 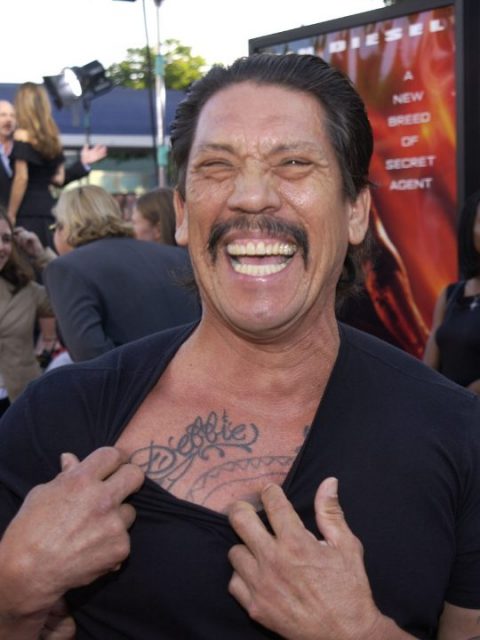 Trejo was born in LA to father Dionisio (or “Dan”) and mother Alice Rivera. His family tried to keep him on the straight and narrow with a Catholic upbringing, but despite their efforts, young Danny was stuck on the wrong path.

Texas Monthly writes the teenage Trejo and pals “had committed a string of carjackings and armed robberies at practically every corner store in a ten-mile radius.”

All this trouble pointed in one direction: prison.

Trejo was a “famous face” in prison 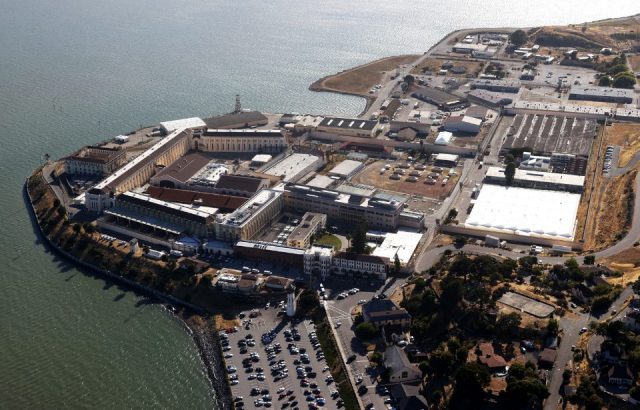 First locked up in 1962, the young man spent time at locations such as the notorious San Quentin State Prison. As Today I Found Out notes, he “became a celebrity of sorts thanks to his impressive boxing skills.”

A prison riot at San Quentin six years later made Trejo change direction. A prison guard was injured by a rock he wielded. The violent act landed him in solitary confinement.

If Trejo was going to think about things anywhere, it was there. With a possible death sentence hanging over his head, the infamous inmate reevaluated his existence.

Leaving prison in 1969, Trejo devoted himself to helping others. He gave back to his community as a drug counselor after leaving them behind himself. Ironically, that was how he ended up on a movie set. 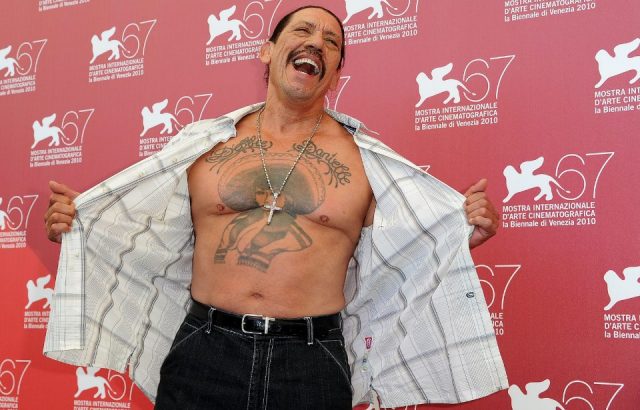 In the mid-1980s, a young person he was counseling turned to him for support. His workplace was reportedly swimming in cocaine. Trejo went there to see for himself — it was the shoot for the highly regarded thriller Runaway Train (1985) starring Jon Voight and Eric Roberts.

To his amazement, Trejo was asked to become an extra. On top of that, he was told to play a convict!

Yet more surprises were to come from his criminal background. Runaway Train screenwriter Edward Bunker — working from a story by no less than Akira Kurosawa — was a former prisoner himself.

The new hire and his tattoo looked more than a little familiar to Bunker. Emblazoned across Trejo’s chest is an inked “charra” or no-nonsense woman wearing a sombrero. Following Bunker’s recognition, producers gave Trejo a promotion. He boxed Roberts onscreen and put him through his paces behind the scenes.

From behind bars to in front of the camera

From there, he racked up work as an extra and then a full-fledged actor. He reportedly holds the record for most onscreen deaths (65), beating the likes of horror icon Christopher Lee. 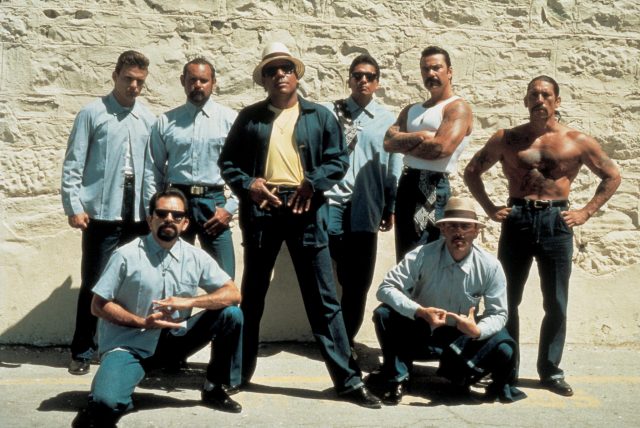 Blood In, Blood Out (1993) was a key movie for Trejo. The production, a drama about Chicano family ties directed by Taylor Hackford, took him back to San Quentin where he faced his fears head-on.

According to an excerpt from his autobiography, Trejo’s fellow actors weren’t keen on wearing protective vests. Hackford asked Trejo why they were needed. “If anything happens, the guards will know who not to shoot,” came the reply.

In the mid-1990s, he began working with director Robert Rodriguez. Desperado was their first project together. The collaboration proved revelatory in more ways than one: Trejo and Rodriguez discovered they were cousins! 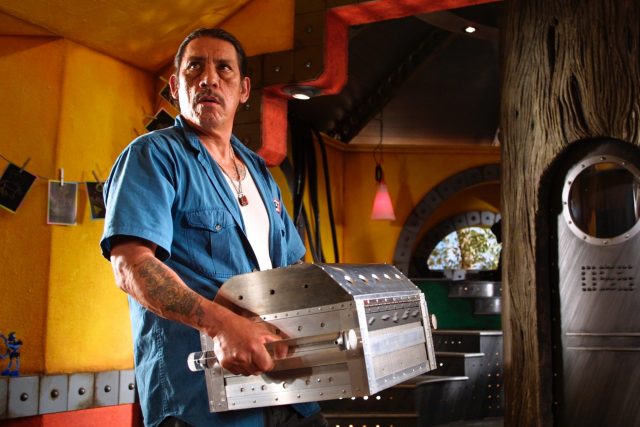 Rodriguez put his now-famous relative front and center for the Machete movies. Trejo plays the one-man army Isador Cortez, aka “Machete.” Robert De Niro co-starred in the first installment in 2010. Trejo had joined him and Al Pacino for epic crime drama Heat back in 1995.

Trejo also appeared in the Spy Kids franchise as “Uncle Machete.” It was intended for him to play the character in a full-blown, blood-spattered romp, but in an offbeat move, Rodriguez decided to put him in a family movie first!

Today, Danny Trejo is an in-demand actor, businessman, and force for change in his community. His autobiography will surely be a must-read.

« The Tragic Tales Of Elizabeth Taylor’s 8 Marriages
Bogart And Bacall Met During The Golden Age—But Were They A Golden Couple? »