Dolph Lundgren made his name cracking skulls in a raft of action movies. But you’d be wrong for thinking he’s a fist-happy meathead in real life. Here are some facts about the Swedish tough guy that will surprise you.

Dolph Lundgren has a high IQ 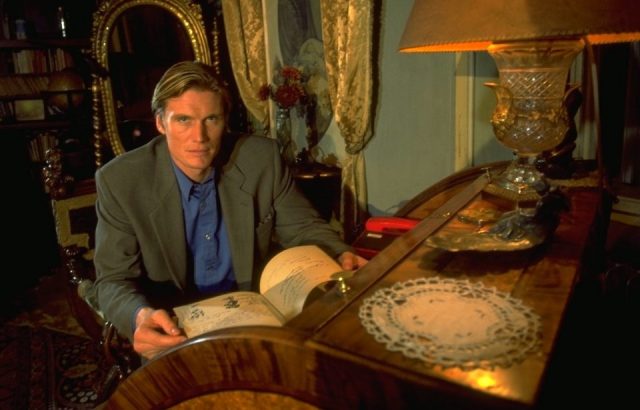 Lundgren’s IQ clocks in at 160 if some reports are to be believed. His educational background appears to back that up.

The boy from Stockholm went to Washington State University (as an engineering student), the Royal Institute of Technology (for chemical engineering), and the University of Sydney (Master’s degree).

If that wasn’t heavyweight enough, he was set to enjoy a spell at MIT before something happened that you couldn’t get from a textbook. As described by Time, he quickly “gave up after he began dating model Grace Jones (who hired him as a bodyguard and had him return with her to New York City).” Then the showbiz bug bit and he left the brainiac business behind.

He played The Punisher first 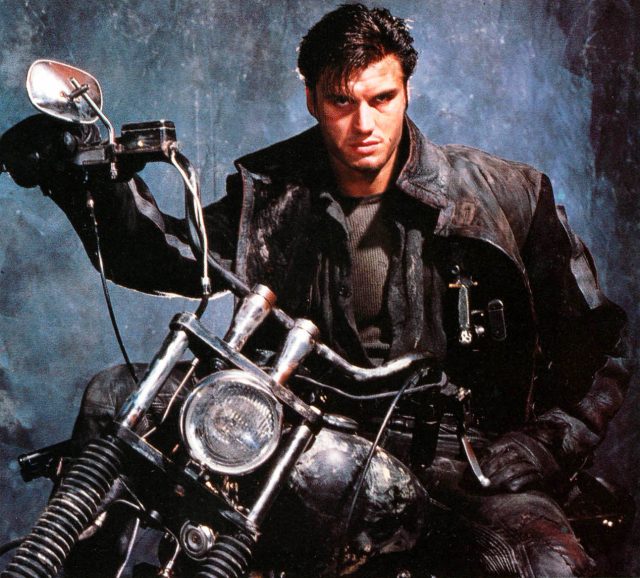 Back when Jon Bernthal was a punk teenager, Lundgren took the role of Frank Castle in a 1989 movie adaptation of Marvel’s The Punisher.

This was way before the idea of a cinematic universe. Amazing as it may seem today, Stan Lee’s comic book empire looked like an unknown quantity to producers.

Directed by Mark Goldblatt, the result wasn’t well-received by critics, but it takes its place in Hollywood history as one of the first Marvel flicks. Some view it as the official debut of a Marvel “superhero” at the movies.

In 2019, Den of Geek noted that Lundgren’s “laid-back, gum-chewing Castle… feels like it was written with Sylvester Stallone in mind.” How ironic, as we’ll go on to find out.

Lundgren never appeared in the MCU, though he crossed over to DC for a role in 2018’s Aquaman. 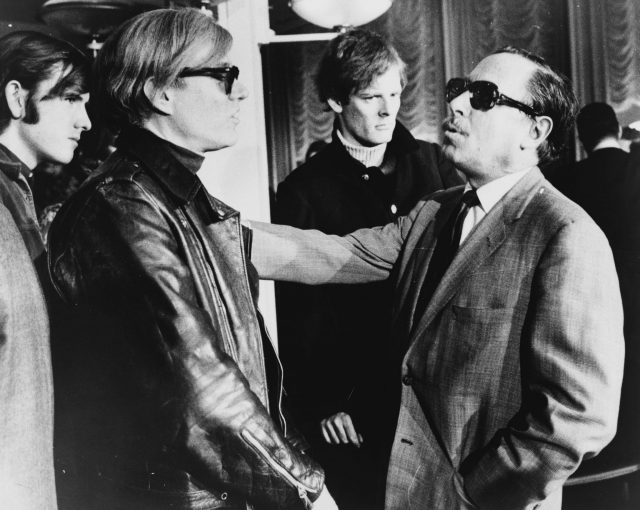 Meeting Grace Jones in Australia meant Lundgren relocated to the Big Apple. And it was there he encountered pop culture legend Andy Warhol. The future star was minding his own business at a club when the man himself approached.

Lundgren recalled their exchange during an interview for Grantland in 2015. Warhol asked: “‘What are you famous for?’ And I said, ‘Nothing, as far as I know.’ He goes, “I want to put you in a magazine.’”

Unusual as it may sound, Dolph Lundgren’s career received a boost from the game-changing artist.

He made Kindergarten Cop 2 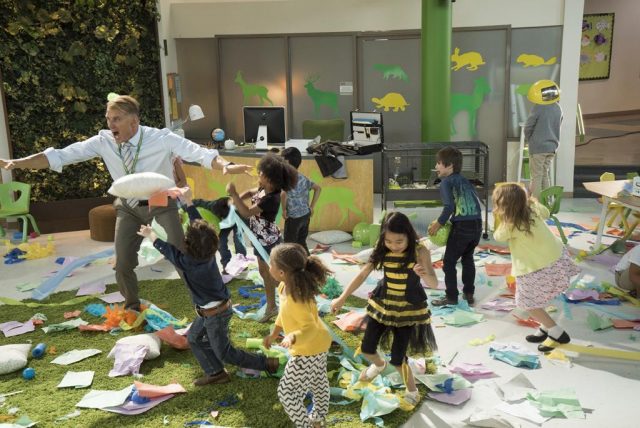 Lundgren portrayed Marvel’s Punisher before anyone else. But there was one, somewhat unexpected, role he inherited from Arnold Schwarzenegger.

Kindergarten Cop 2 (2016) raised eyebrows and generated headlines, both for its belated production — the original was released in 1990 — and the switch in action icons at the top of the cast. Were the reviews good? No. Was the sequel necessary? Are they ever?

The movie makes for a head-scratching entry in Lundgren’s filmography. Vulture commented: “The only difference is that Lundgren’s character doesn’t seem to have a pet ferret and he won’t enjoy a big box office weekend,” due to it being a home entertainment release.

He could have had something to Crowe about in Gladiator 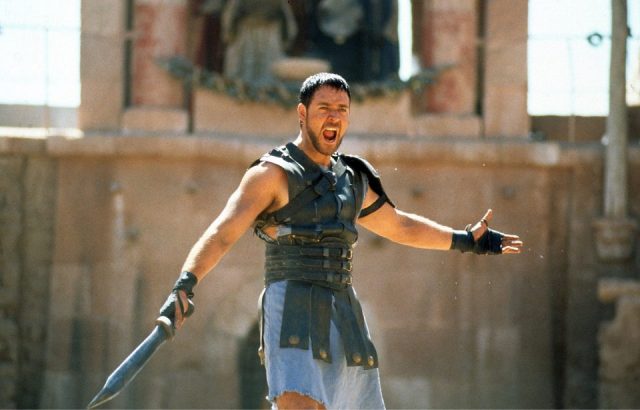 Pictured: a film the star of Kindergarten Cop 2 refused a role in. (Photo Credit: Universal/Getty Images)

According to an Esquire interview, Lundgren was pursued for a role in the movie. “It had no action,” the Lundgren revealed about the screenplay in 2015. “I can’t remember what happened, but I remember not liking it.”

He could have become part of the legend that is Maximus Decimus Meridius… Father to a murdered son, husband to a murdered wife, and of course a mighty big earner at the box office. 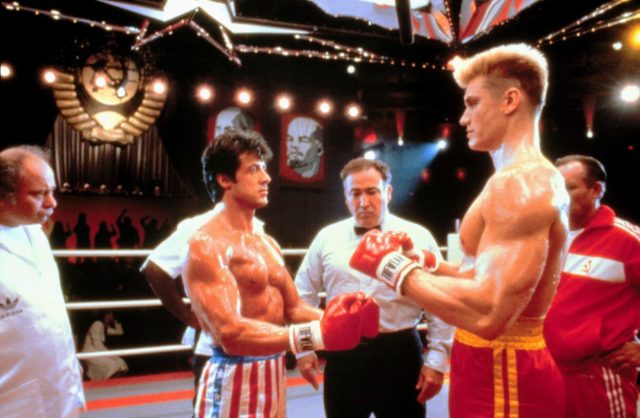 Dolph Lundgren’s big-screen break happened through Sylvester Stallone, who cast him as Russian nemesis Ivan Drago in Rocky IV (1985). The pair were reunited in Creed II (2018).

It was tough guy on tough guy action, as the American champion fought the Soviet titan (well, a Swede playing a Russian, at any rate). Unfortunately, some of the rough stuff hit — quite literally — too close to home.

Actor and director Stallone was keen for Lundgren to go a bit method for a fight sequence. Yet he wound up regretting that he volunteered to be the villain’s punch bag.

Stallone had big problems, as mentioned during An Evening With Sylvester Stallone in Manchester, reported on by Muscle & Fitness: “He catches me in the chest. Woah… CUT CUT. He says, ‘What?’ I said, ‘What? I thought I had a car accident!’”

Stallone later found himself in need of intensive care, after his heart swelled and his blood pressure reached 260.

More from us: The Dirty Truth Behind The Making Of ‘The Good, The Bad And The Ugly’

Lundgren took the tussle in his stride, unaware he’d endangered his make-believe opponent. Speaking to Screen Crush in 2018, he remembered the producer saying: “‘Dolph, you’ve got two weeks off.’ And I’m like ‘Oh great. What’s going on?’ He says ‘Sly’s in the hospital.’ It was like ‘Oh s—!’”

One thing you don’t ask Dolph Lundgren to do is hit you and mean it.