The Dirty Truth Behind The Making Of ‘The Good, The Bad And The Ugly’

In 1966, one Western took viewers on a sun-drenched, blood-spattered quest for gold — one that starred The Good (Clint Eastwood), The Bad (Lee Van Cleef) and The Ugly (Eli Wallach). The Good, The Bad and The Ugly is a masterpiece, but what was it like making this iconic spaghetti Western?

As dangerous as riding through the Old West naked with a saddle full of scorpions…not to mention a fistful of dollars.

Read on to discover some surprising and eye-opening facts about the filming of Italian director Sergio Leone’s classic.

The What, The What and The What? Clint Eastwood nearly rode out with another title 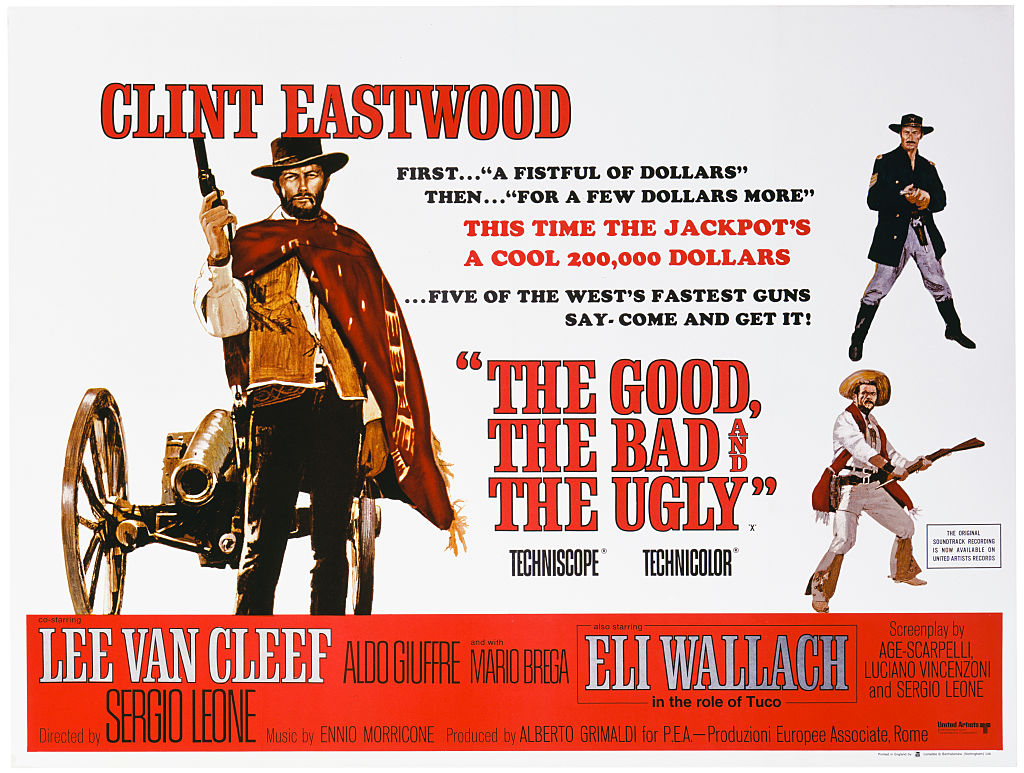 The Good, The Bad and The Ugly is one of the most memorable movie titles of all time. It wasn’t originally called that, though.

If things had gone in a different direction, audiences might have seen a poster for “The Two Magnificent Tramps“! In fairness, this was a working title. As noted by author Howard Hughes, a possible U.S. title was “River of Dollars.”

However, one title stuck — The Good, the Ugly, the Bad. Thankfully, it was tweaked to give us the classic title we know today. 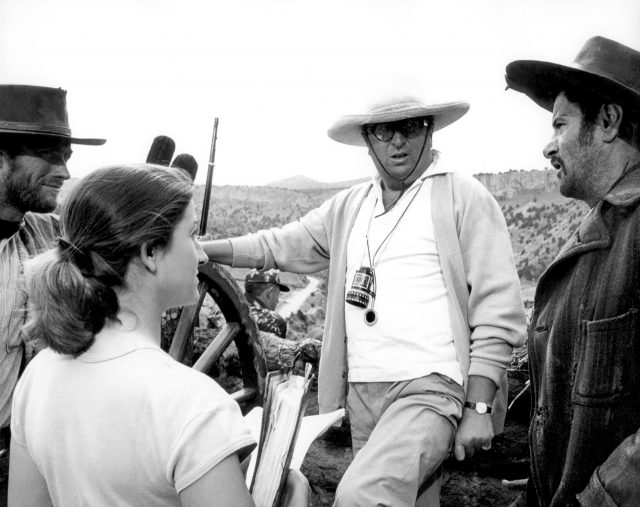 Spaghetti Westerns are known for their extensive dubbing. Director Sergio Leone went down in history for his English-speaking efforts. Yet when making The Good, The Bad and The Ugly, he didn’t speak a word of the lingo.

As mentioned by Mental Floss, Leone and Eastwood couldn’t have a conversation without an interpreter. Van Cleef had the same issue.

Wallach on the other hand coped alright. He “was able to communicate with Leone in French, in which the director was fluent.” 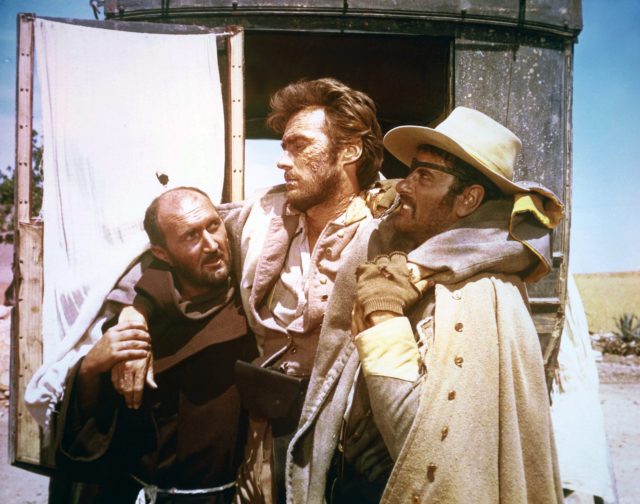 The Wild West was a hairy place to be, even when recreated by a movie crew. Eastwood and Wallach were supposed to be keeping out of harm’s way behind some sandbags during a scene.

The explosion they ran from, however, had other ideas. Honest To Paws writes, “a rock strikes the bag right next to Eastwood’s head”, adding it was “a pure accident” but one that might have put the gun-slinging star out of action permanently.

If that sounds like a near miss, wait till you hear about the infamous bridge destruction sequence. A chunk of debris from the stunt missed Eastwood’s handsome head by just a couple of feet. 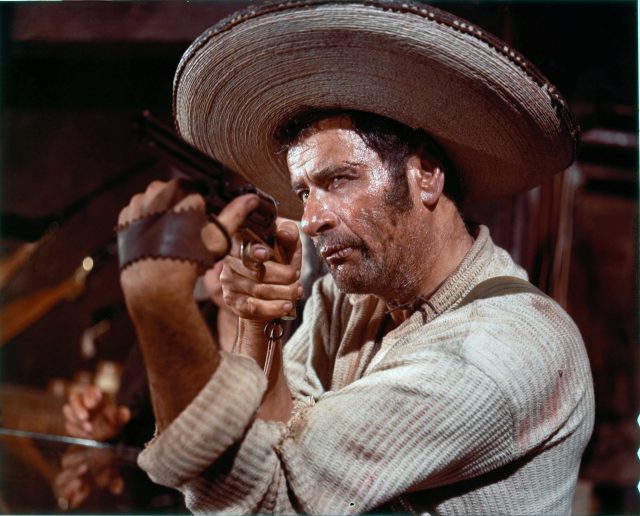 Eli Wallach wasn’t the luckiest person on set. Reportedly signing up having seen mere minutes of Leone’s work, he went on to have some personal brushes with disaster. For example, he had to endure a mile on horseback with his hands tied after the animal reacted badly to a rifle shot.

Wallach then almost lost his noggin when getting up close and personal with a moving train. “Fortunately, Wallach kept his head down,” wrote Moviefone, “since the crew hadn’t accounted for the exterior steps jutting out from the train’s cars.”

Not even the actor’s break times were safe. Speaking to Bill Shaffer in 1975, he recalled a case of lethal refreshment. Taking a sip of what he thought was soda, he soon realized he’d made a mistake. Wallach revealed: “the idiot prop man had put the acid in that bottle so I took a sip of it.” Luckily, instinct kicked in and he spat out the indigestible drink.

What was acid doing in a soda-like bottle? The noxious chemical came in handy for softening up a money pouch. It almost cost Wallach his life!

Dynamite revelations: Explosive times during the making of The Good, The Bad and The Ugly 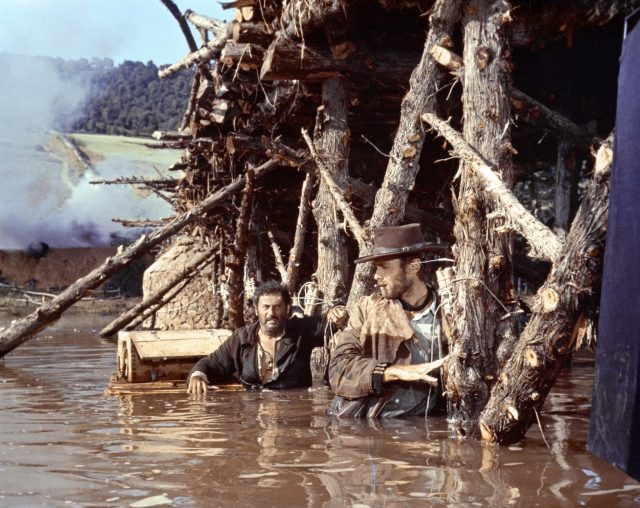 A curious feature of The Good, The Bad and The Ugly is its use of dynamite in detonating the bridge. The explosive would only be invented a few years after the year the film is set in, but this wasn’t the only calamity involving the powerful if anachronistic explosive.

Having built the bridge ready for it to be reduced to rubble, Leone experienced a slight snag…a crew member got their timings wrong and fudged the trigger word. Screen Rant writes, “someone said it too soon, so the bridge was blown before the cameramen were ready.”

In the days before CGI, the whole thing needed to be made again. The person responsible might have dodged a few bullets that day.

And that’s it for these facts about The Good, The Bad and The Ugly — cue Ennio Morricone’s legendary soundtrack!