Bogart And Bacall Met During The Golden Age—But Were They A Golden Couple?

Humphrey Bogart. Lauren Bacall. Two screen icons who formed a lasting partnership both on- and offscreen during Hollywood’s Golden Age. But what was the secret behind their relationship?

Created on set, it grew into something that’s still talked about to this day. The couple had a chemistry that went beyond celluloid.

Howard Hawks’ wartime romance To Have And Have Not, based on the novel by Ernest Hemingway, brought Bogie and Bacall together in 1944. 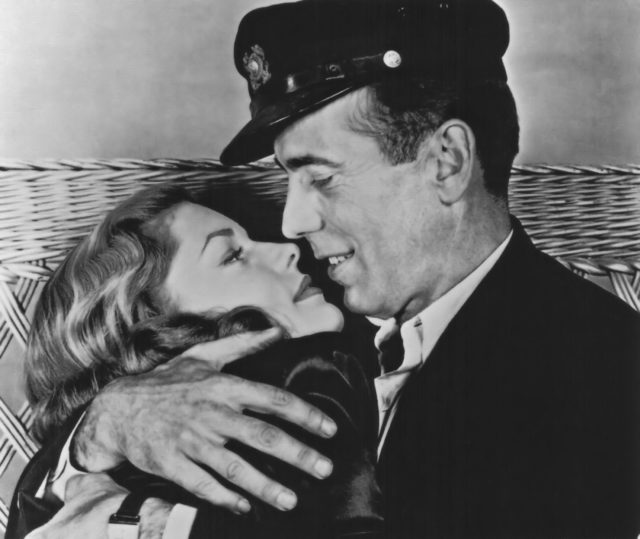 She knew who he was. Until they met, her opinion hadn’t exactly been high. He was reportedly far from what she considered a desirable leading man. In fairness to her, Bogart lacked the qualities of an oil painting. But his screen presence was undeniable.

A major factor was the dynamic between Bogart’s Harry Morgan, aka “Steve,” and Bacall’s “Slim” Browning. That famous scene where Bacall teaches Bogie how to whistle — “You just put your lips together and blow” — smoulders, and not because of the cigarettes.

Hawks, whose wife Nancy noticed Bacall in the first place, promptly steered Steve toward Slim. The plot point wasn’t in the original screenplay, but this pair clearly connected.

The two “developed a joking rapport as the shoot continued,” Biography writes, “with observers noting that Bogart became almost ‘giggly’ around his co-star.” Quite a turnaround for the tough-guy actor by some accounts.

At the time, Humphrey Bogart was unhappily married to his third wife 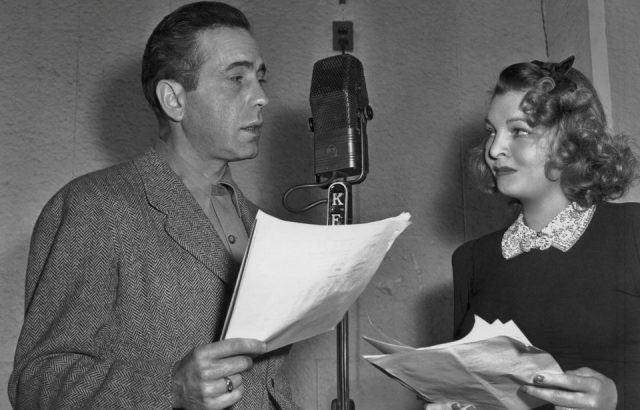 Bogart was devoted to his third wife, actress Mayo Methot. His attraction to Bacall was obvious, but he wouldn’t leave his wife.

Not that the relationship was stable. Far from it. They were noted for their alcohol-fueled confrontations. “The ‘Battling Bogarts,’ as they were known, kept a carpenter on call to repair the damage from their drunken fights,” wrote The Guardian in 1999.

By 1945, the marriage was on the rocks. Bogie wed his latest love just days after splitting from Methot.

They appeared to be a Hollywood fantasy, but Bogart and Bacall were the real deal 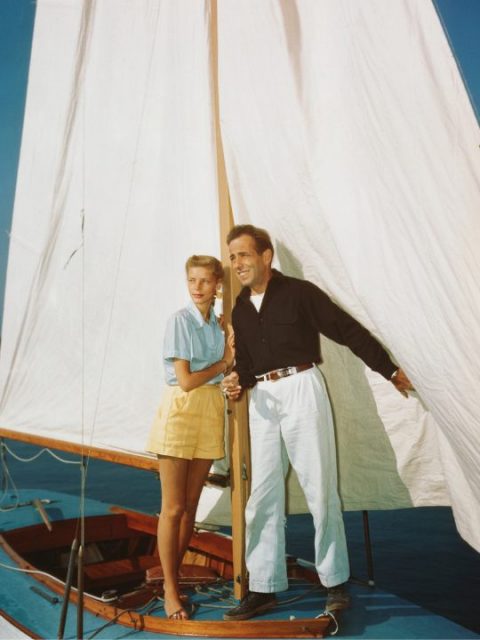 On paper, the union of Humphrey Bogart and Lauren Bacall may have looked flimsy. An age gap of a quarter of a century appeared to count against them. For the couple themselves, however, their feelings were genuine.

In her 2005 autobiography By Myself and Then Some (an expanded release from the 1978 original), Bacall wrote that she wanted her love to “fill his life with laughter, warmth, joy — things he hadn’t had for such a long time, if ever.”

The marriage lasted till 1957, ended by Bogart’s death from cancer.

Behind the happiness was a non-showbiz word: compromise 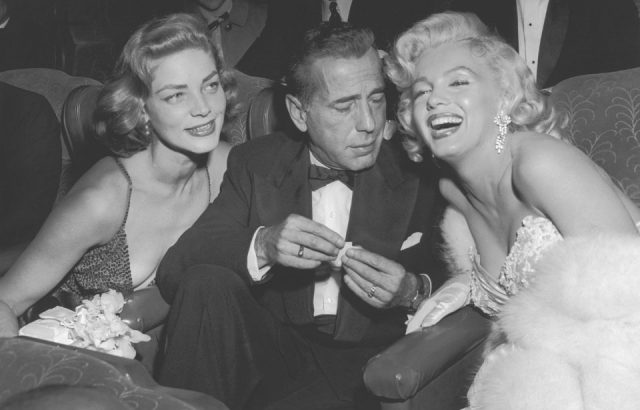 Bogie and Bacall pose with Marylin Monroe, who starred with Bacall in How To Marry A Millionaire. (Photo Credit: Darlene Hammond/Hulton Archive/Getty Images)

They may have lived an A-List life, but the secret of Bogart and Bacall’s contentment lay in compromise. Much like other marriages, staying together meant accommodating the other’s tastes.

Bacall reportedly put her career to one side while enjoying time with Bogart. As an old-fashioned sort of man, that’s the way he appears to have wanted it. Though they did make an appearance in 1956 TV play The Petrified Forest alongside Henry Fonda.

Their four films as a big-screen partnership add to the simmering and charismatic picture painted in To Have And Have Not. The screen adaptation of Raymond Chandler’s The Big Sleep (1946) was also helmed by Hawks. Thriller Dark Passage followed in 1947, with classic noir Key Largo rounding things off the following year. 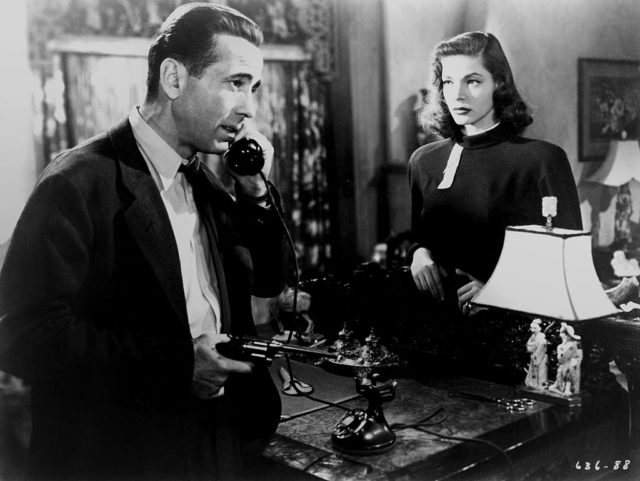 Humphrey Bogart and Lauren Bacall pose for a studio publicity Still to promote their movie ‘The Big Sleep’ in 1946 in Los Angeles, California. (Photo by Michael Ochs Archives/Getty Images)

After Bogart’s passing, Bacall appeared in such notable productions as Murder on the Orient Express (1974), 1976’s The Shootist (John Wayne’s final film), Misery (1990) and Birth (2004) with Nicole Kidman.

More from us: Sophia Loren Serenaded By Mayor Of Florence After She Received The Keys To The City

On the small screen, she wound up in an episode of The Sopranos as herself. Her final role was a voice part in Family Guy, showing she wasn’t too shy to try new things!

When Lauren Bacall met Humphrey Bogart, the encounter changed their lives forever. And not just in a Hollywood sense. They had arguably the ultimate “beautiful friendship,” which blossomed and became one for the ages.

« Danny Trejo: The Big-Screen Hard Man Who Went From Inmate To Icon
Thomas Young, The Polymath Who Saw The Light And Challenged Isaac Newton »