Before ‘The Mandalorian’ There Was… ‘The Star Wars Holiday Special’

Before The Mandalorian, there was the Star Wars Holiday Special. Aired on CBS in 1978, this infamous TV travesty featured stars, songs (yes, songs) and enough sentiment to blow up the Death Star.

Easily dismissed as a cosmic catastrophe, is there more to the Special than meets the eye? Is it a pop-culture classic, or does it stink worse than Jabba’s armpit? Let’s find out…

How did The Star Wars Holiday Special get made?

Before the high point of The Empire Strikes Back (1980), creator George Lucas was approached about bringing Star Wars to the small screen. TV producers took control of the project. However, Lucas and co were reportedly very involved from the outset. 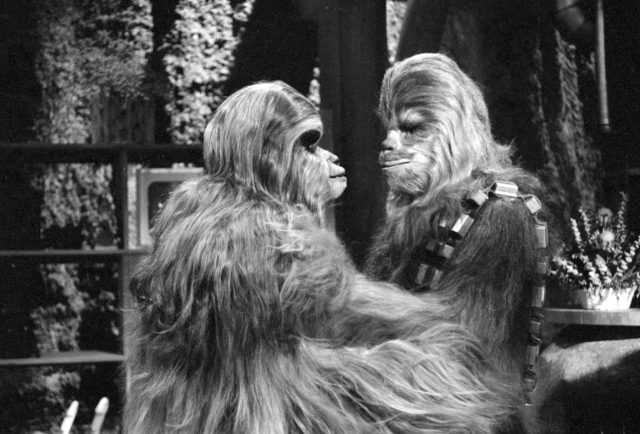 Speaking to Mashable, Lucasfilm’s Gary Kurtz recalls how the pressures of setting up Episode V got too much: “So we just left it to them and just had the occasional meetings with them, provided them with access to props and the actors, and that was it.”

The basic story of the Special concerns a cosmic celebration (Life Day) and focuses on Chewbacca and his family. Where did that come from? Lucas himself, though he didn’t intend things to turn out the way they did!

The hero of Disney + smash The Mandalorian wears that distinctive alien armor. As does Boba Fett, who was introduced in The Star Wars Holiday Special. Yes, really. 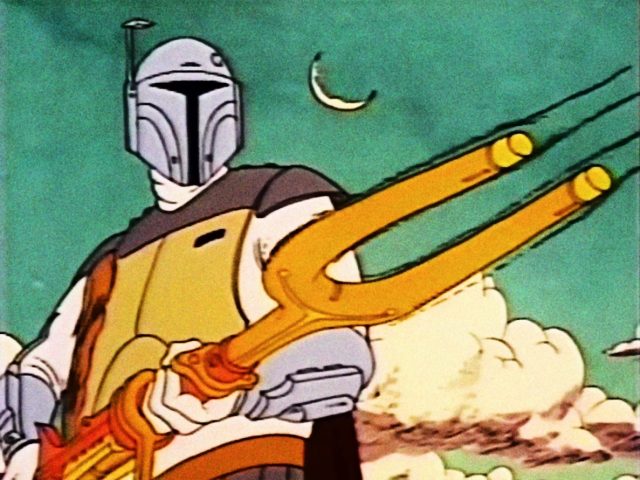 Lucas actually conceived Fett for Empire Strikes Back, so the character was essentially ready to go. When the Special happened, it seemed like the perfect opportunity to launch him onto the world stage, using early design ideas for Darth Vader to bring the bounty hunter to life.

The Boba Fett sequence is animated and features other beloved Star Wars characters. Influenced by artist Moebius, who inspired the look of movies such as The Fifth Element, the animation was done by Nelvana Ltd. They went on to make Droids and Ewoks.

The quality team produced a memorable result, making The Story of the Faithful Wookiee a rare treat amongst the Special’s super cheesy offerings.

The Special is a big-hearted, soppy tribute to family and friendship. One character who wouldn’t approve of that was Han Solo. That said, Harrison Ford was on board for the fun anyway. 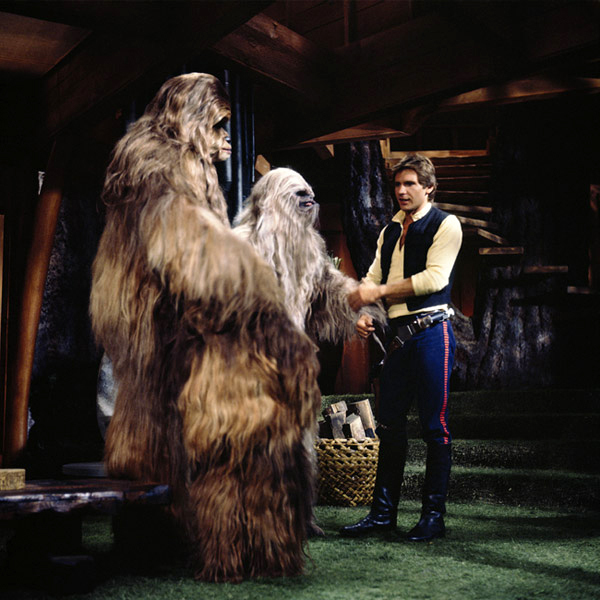 Famously, the Wookiees weren’t given subtitles. So when Chewbacca grunts something at Han, and he replies: “I feel the same way about you too pal,” you have to wonder what is going on here!

They’re flying in the Millennium Falcon to Chewie’s home planet of Kashyyyk, where his family awaits. Wife Malla, father Itchy and kids Lumpy and Waroo make excited preparations at their treehouse. A true oddity of the Special is when the Wookiees spend extended periods of time talking and no one has a clue what’s being said.

Mark Hamill appears as Luke Skywalker. Rolling Stone describes him sporting “several pounds of pancake makeup, eyeliner, and other cosmetics that leave him resembling less the Luke we met on Tatooine than a young Carol Channing.” Hamill’s serious car accident and resulting facial surgery were thought to be behind the move.

While some have noted the lack of credit for R2-D2 performer Kenny Baker, he actually wasn’t involved in the production. Mick Garris, who went on to become a horror director, operated the droid by remote control. 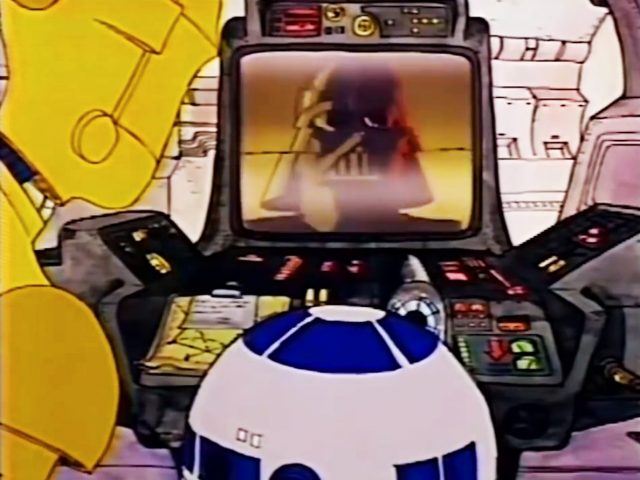 Meanwhile, James Earl Jones voiced Darth Vader and was acknowledged onscreen for the first time. He hadn’t been credited for Episode IV!

The Star Wars Holiday Special has a big closing number in the form of “Happy Life Day.” Set to the legendary movie theme by John Williams, it was belted out by none other than Carrie Fisher. 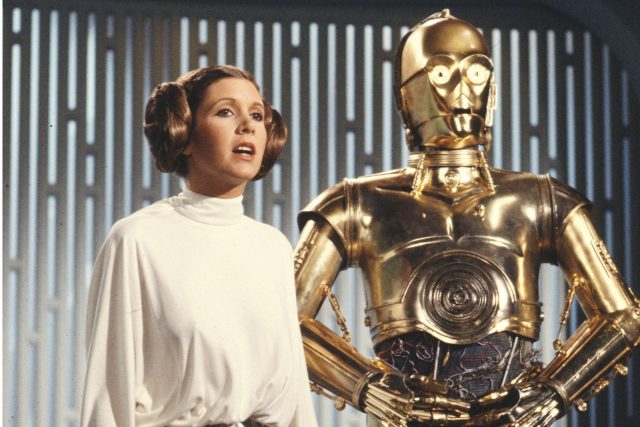 This dirge-like ditty was apparently a draw for the young actress. How come? Rancor, sorry Ranker, writes the song was “a major reason Carrie Fisher signed on to the Special in the first place, as she was looking to launch her own musical career.”

Fisher wasn’t exactly thrilled with the end result, though she did come to appreciate it in an unexpected way. More on that later!

Some big names were lured into CBS’s tractor beam for the Special. Future Golden Girls star Bea Arthur played Mos Eisley cantina owner Ackmena. Among her patrons was what appeared to be a relative of space villain Greedo, called Ludlow. 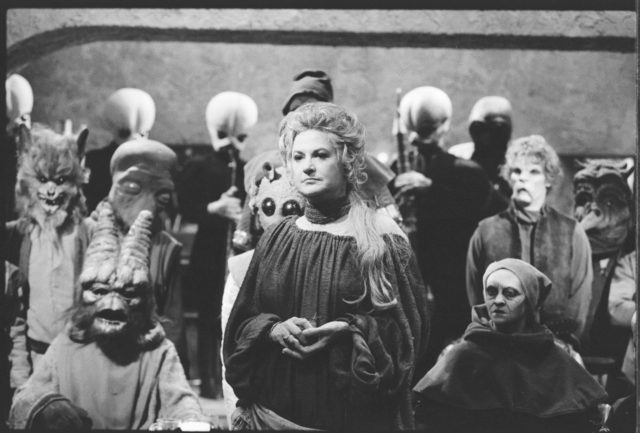 Comedian and Mel Brooks collaborator Harvey Korman played three roles – including an alien chef which he performed in blackface. Talk about a long time ago, in a galaxy far, far away.

George Lucas tried to use the Force on it

In later years, Lucas would exert enormous creative control on the Star Wars franchise. For example, the original trilogy had its effects tweaked as technology improved. 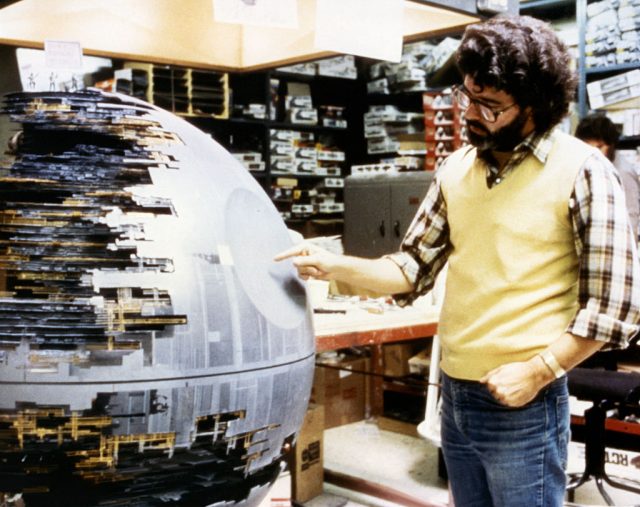 He apparently expressed a desire to destroy all copies of the Holiday Special. However, Legends Revealed presents a more nuanced picture. They mention the fact that Lucasfilm has been happy to screen the notorious misfire, albeit occasionally.

Lucas is also quoted from a 2005 interview, where he says the Special “probably wasn’t the smartest thing to do, but you learn from those experiences.” This appears to find the producer in a philosophical mood. Unless he was under the influence of a Jedi mind trick.

For years, the Special circulated as a bootleg video. It’s also freely available on YouTube. No one seems to want to take it down, so we’re guessing its existence is at least tolerated by Lucas and co.

Among the jokesmiths on The Star Wars Holiday Special were Pat Proft, who went on to write Police Academy and The Naked Gun movies. 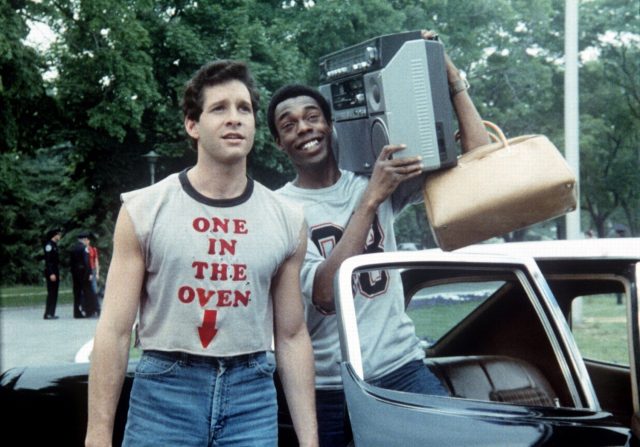 Elvis has left the galaxy

Directing the madness was Steve Binder. A decade earlier, he’d lined the lenses on Elvis Presley’s iconic Comeback Special. This gives him perhaps the singular honor of working with both Elvis and Darth Vader.

Fisher reportedly played the tape during parties. Because she was proud of her efforts? Not so much. In fact, she found it was a great way of clearing out stragglers. 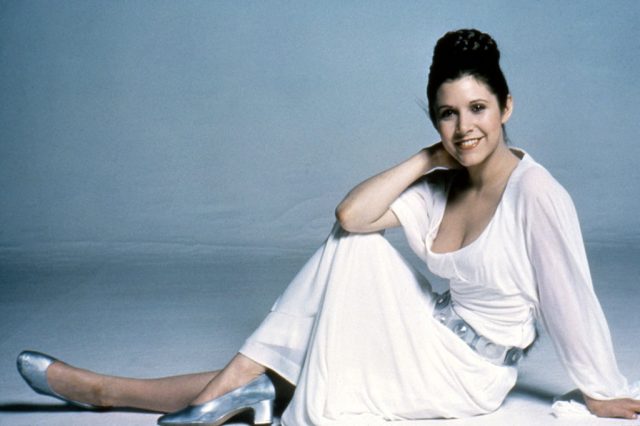 The legacy lives on

The Holiday Special has been referenced in other Star Wars media, with the ultimate shout-out coming in The Mandalorian. MeTV notes how Life Day is name-checked. The title character also uses a weapon designed for the Nelvana animated sequence.

Disney associate Marvel has loudly promoted the Special through a one-shot comic book. Life Day features “a collection of festive tales from all across the STAR WARS SAGA.”

It may have gone down in history for the wrong reasons, but The Star Wars Holiday Special will be celebrated for years to come.

« Before Cookie Monster Ate Cookies, He Munched on Frito Lays and Coffee Machines
She’s a Rich Girl: 11 of the Most Expensive Celebrity Dresses of All Time »