Elvis Wouldn’t Look at Priscilla Unless She Was Wearing Makeup

With the many beautifully posed photos from their wedding, the birth of their daughter, and their everyday lives, Elvis and Priscilla Presley looked like a perfectly happy married couple. But looks can be deceiving and their relationship wasn’t always as sweet as it seemed. Priscilla has made many shocking revelations about their relationship since the death of “the King,” including the fact that Elvis wouldn’t look at his young wife until she was wearing makeup.

Priscilla met Elvis on September 13, 1959, while he was on tour with the US Army in Germany. Although she was only 14 years old at the time, the two were very taken with each other and spent as much time as possible together until he returned to the US in March of 1960. Despite being in different countries, they managed to keep in touch on the phone and eventually planned a trip for her to come and visit him a few years later. 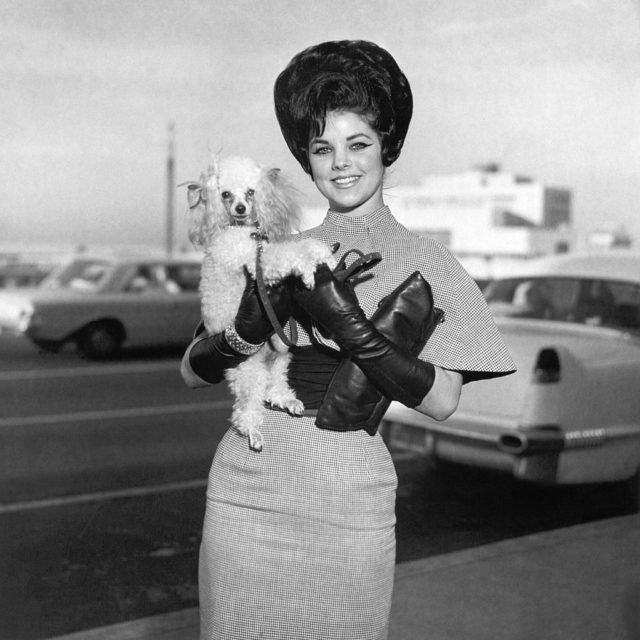 During the summer of 1962, she was allowed to visit Elvis in Los Angeles on the condition that she be chaperoned the entire time and wrote home every day. Elvis, of course, agreed, but when Priscilla arrived he informed her that they would actually be going to Las Vegas while a staff member would send letters to her parents from Los Angeles. She visited a second time before finally getting permission to move to the US permanently, with the understanding that the two would eventually marry.

On May 1, 1967, at the Aladdin Hotel in Las Vegas, Elvis and Priscilla tied the knot. The wedding was atypical, to say the least, as it lasted only eight minutes before the pair were moved right into a press conference followed by a reception. 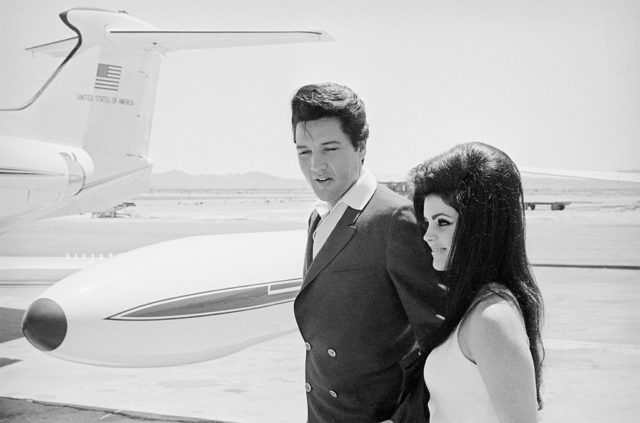 Elvis Presley and his wife Priscilla smile happily as they prepare to board a chartered jet after their marriage at the Aladdin Hotel, 1967. (Photo Credit: Bettmann/ Getty Images)

It seems as though the young couple didn’t have much of a desire to be married, and that they were quite happy to just share their lives together. According to Priscilla, “Even though we were perfectly content the way we were, at that time it wasn’t nice for people to live together [unmarried].” The push came from Elvis’ manager, Colonel Parker, who wanted them married so that Elvis could be seen upholding the morality clause in his record deal. Only nine months after the wedding, Priscilla gave birth to their daughter Lisa Marie.

It was during a 2016 interview on the British show Loose Women that Priscilla got candid about some of the private details of her relationship with Elvis. She confessed that during their relationship the singer had never seen her without makeup: “Some [men] can’t have the truth. I always had a little bit of makeup. He never wanted to see me getting dressed; he wanted to see the end result. Men don’t want to see what a woman has to go through to get where she is, they want to see the product, the result.” 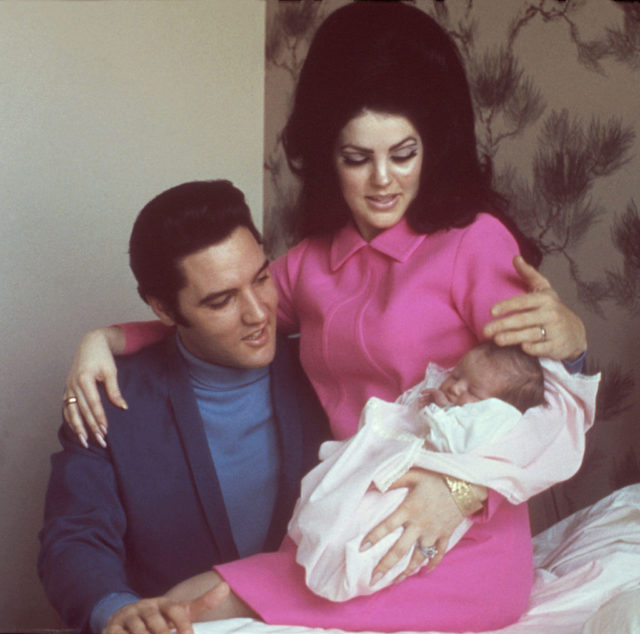 Not only did she have to wear makeup all the time, but she also had very little input as to what she wore. Elvis went so far as to go on all of her shopping trips with her while she was picking clothes. This all began on that first trip to Las Vegas, when he wanted to select outfits and makeup for the young woman that would make her appear more mature than she was. Eventually, she went so far as to call herself his “living doll.”

More from us: Elvis Hated This Food So Much That He Banned It From Graceland

In the end, Priscilla grew tired of Elvis’ poor behavior toward her and their relationship. She filed for divorce, although she maintains that she still loved him.