Who Was the Colonel Before He Met Elvis?

The major motion picture Elvis added a new element to the saga of Elvis Presley and his life. While it tells the story of Elvis’ rise to fame and his career, it also focuses heavily on Elvis’ manager, Colonel Tom Parker. Elvis provides a look at the superstar through the eyes of the Colonel from his deathbed. Tom Hanks took on the role of the so-called villain.

The Colonel was involved in Elvis’ music career from very early on. He first met the future star in 1955, when Elvis was already being managed by the guitarist in his band. But the Colonel quickly got to work, starting as Elvis’ advisor before they signed a contract giving him sole rights to represent and manage Elvis’ career. Just like he was presented in the film, the real Colonel is remembered as a somewhat shady individual in his dealings with the star’s career. But this extends well before he met Elvis. Some have even gone so far as to accuse him of murder.

The Colonel lived a very secretive life. To the world, he was born Thomas Andrew Parker in Huntingdon, West Virginia. While he was younger, he traveled in carnivals and also served some time in the US Army before starting work as a music promoter in the 1950s which is when he met Elvis. But this backstory was all a lie. There was no record of a Thomas Parker born in Huntingdon and he had never even held a US passport. Apparently, the man who would become the Colonel took the name Thomas Parker from the recruiter who interviewed him when he joined the Army. 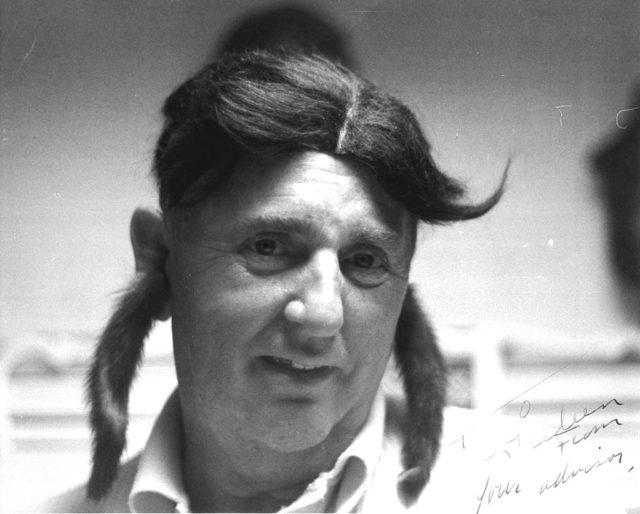 The Colonel was really Andreas Cornelis van Kuijk, born in the city of Breda in the Netherlands and later making his way to the US. He was truthful about working in carnivals in his past, and went back to them after he was discharged from the Army. While working in carnivals, he managed his own act, Colonel Tom Parker and His Dancing Chickens, during which his chickens danced on a hot plate while music played.

Andreas, now known as Tom, joined the US Army in 1930.  He served as a private for a very short time before he went missing without leave. For this, he served time in military prison for desertion before he had a psychotic breakdown. He was then evaluated and diagnosed as a psychopath, which led to his discharge from the Army. 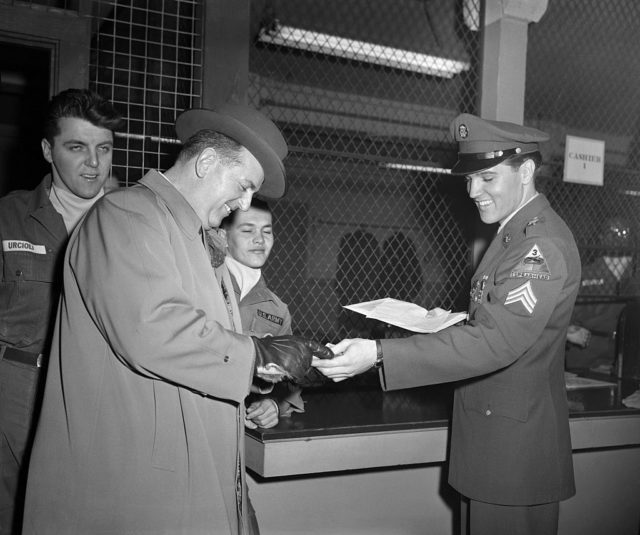 After being discharged from the US Army today, Elvis Presley (right) hands his mustering out pay to his manager Colonel Tom Parker, 1960. (Photo Credit: Bettmann/ Getty Images)

When the Second World War came along, the Colonel was determined not to serve again. After the US introduced the draft, he began eating excessively until he weighed over 300 pounds and was therefore no longer eligible for service.

Was the Colonel a murderer?

The Colonel clearly came to the US determined to forget his past and start a new life for himself, which raises lots of questions. Although there is little evidence to prove it, there are some who believe that the Colonel was on the run for murder. A young woman named Anna van den Enden was bludgeoned to death very close to the Colonel’s family home in the Netherlands, and then he left for the US shortly after. Eyewitnesses recalled seeing a well-dressed man leave the area quickly, and it happens that the Colonel, then Andreas, was known in the area for being a sharp dresser. 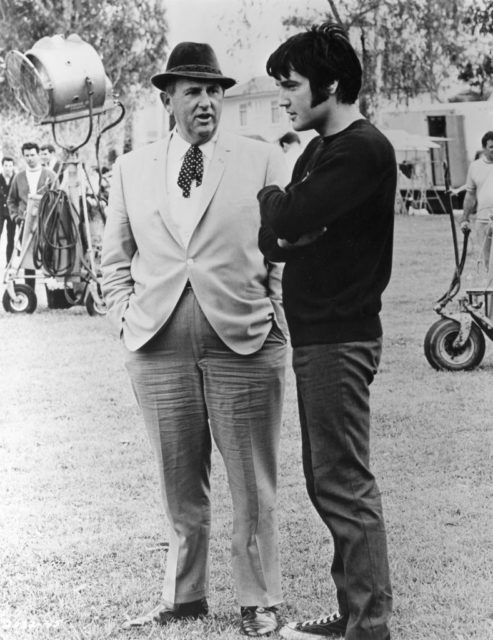 Elvis Presley confers with Colonel Tom Parker on the set of one of his films, c. 1963. (Photo Credit: Michael Ochs Archives/ Getty Images)

When he left the Netherlands, he didn’t even tell his family he was leaving. He just packed up all of his things and left. In the 1970s, a reporter named Dirk Vellenga, who was investigating the Colonel’s past, received an anonymous letter saying, “My mother-in-law said to me, if anything comes to light about this Parker, tell them that his name is Van Kuijk and that he murdered the wife of a greengrocer on the Bochstraat…. This murder has never been solved. But look it up and you will discover that he, on that very night, left for America and adopted a different name. And that is why it is so mysterious. That’s why he does not want to be known.”

Despite the possible connection to Anna van den Enden’s murder, the Colonel was never formally accused of her murder.

Elvis and the Colonel had a complicated relationship. Elvis was heavily under the Colonel’s control and largely did what he was told to do. This included everything from enlisting in the Army in an effort to change his public image, to only performing if he was getting paid well for it.

As Elvis’ manager, the Colonel made a number of controversial decisions that impacted his career. Even though Elvis was immensely successful as a singer and performer, the Colonel pushed him to go into movies. Even though Elvis had a lifelong dream of touring internationally, the Colonel squashed this hope because he didn’t have a US passport and refused to let anyone else take him out of the country. His excuses for the decision were poor security and the pay simply not making it worthwhile. 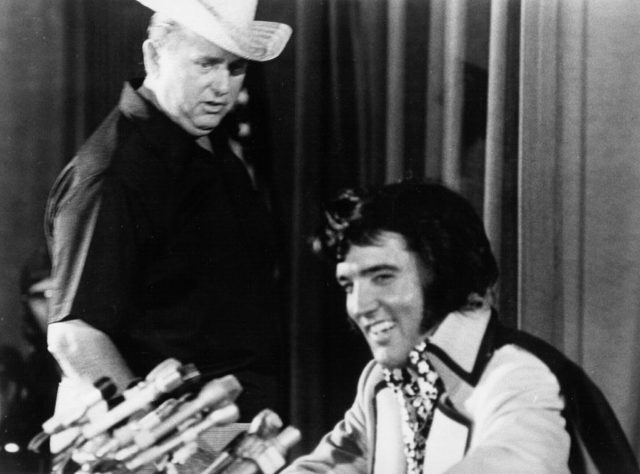 Later in Elvis’ career, the Colonel started racking up massive gambling debts which even led to Elvis, unknowingly, playing free shows to help pay off some of this debt. He also took roughly 50 percent of Elvis’ earnings, which was unheard of. Most managers took 10 to 15 percent. Elvis was performing on a very strict and extensive schedule near the end of his life, even though he struggled to keep up with it. It was all dictated by the Colonel.

Elvis’ death didn’t stop the Colonel from staying invested in his image and career. Strangely, he wore a Hawaiian shirt and baseball cap to the funeral, where he had Vernon Presley, Elvis’ father, sign over control of his son’s career to him so that he could keep making money off him even after his death. This profiteering ended when the Elvis estate sued the Colonel for mismanagement. For this, he paid $2 million dollars and gave them all audio and video recordings he still had of Elvis. 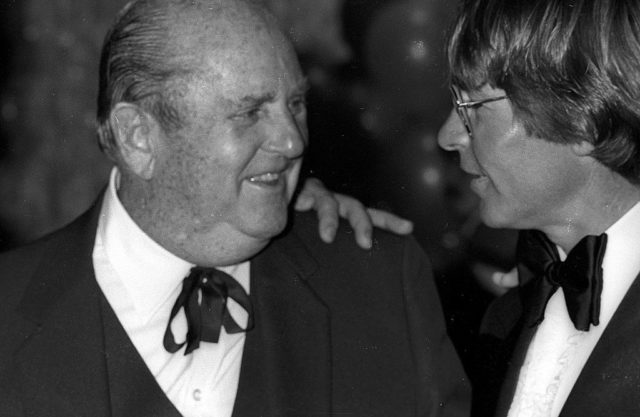 Thomas Parker, or Andreas Cornelis van Kuijk, died on January 21, 1997, from complications of a stroke. Despite the many questionable parts of his past, Priscilla Presley, Elvis’ ex-wife, had lots of positive things to say about him to Tom Hanks in preparation for his role in Elvis: “I was anticipating hearing horror stories about this venal, cheap crook. Just the opposite. Both Priscilla and Jerry said he was a lovely man,” Hanks revealed in an interview. This unexpected information about Priscilla’s opinion raises even more questions about who the real Colonel Tom Parker was.

« 9 of Our Favorite Cartoon Characters, Pictured Then and Now
Six of the Most Intriguing Things Ever Found on Shipwrecks »