The home where Elvis and Priscilla Presley honeymooned in May 1967 sold in 2020 for more than its $2.5 million listing price. The 5,000 square-foot mid-century home was built in 1960 in Palm Springs, California. Elvis and Priscilla often stayed there in 1966 and 1967, and ultimately spent their honeymoon at the house following their May 1, 1967 wedding in Las Vegas. Here, we take a peek inside the iconic home, which once was dubbed “The House of Tomorrow” for its futuristic vibes. 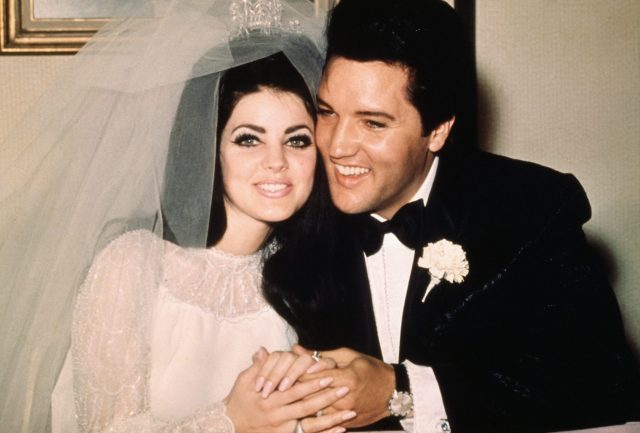 On May 1, 1967, Elvis Presley married his long-time girlfriend Priscilla Beaulieu at the Aladdin Hotel in Las Vegas. The couple had been staying in the Palm Springs home prior to their wedding day, but rather than get married at the estate, they borrowed Frank Sinatra’s private jet and flew to Vegas.

After the wedding, the couple flew back to the Palm Springs home, but their honeymoon was short-lived and they moved shortly afterward to escape the press. 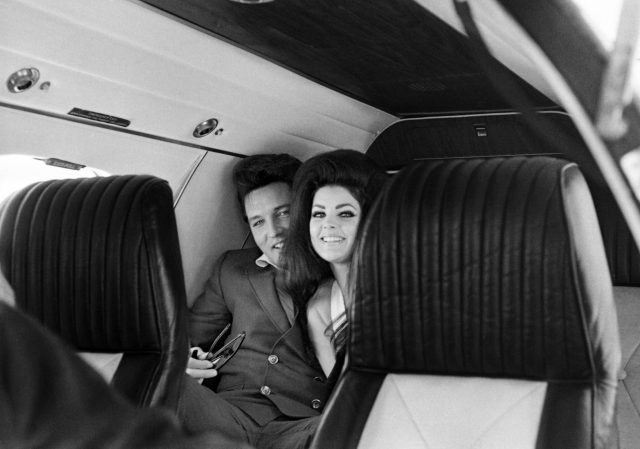 Elvis and Priscilla Presley in a chartered jet after their wedding. (Photo Credit: Bettmann/ Getty Images)

The House of Tomorrow 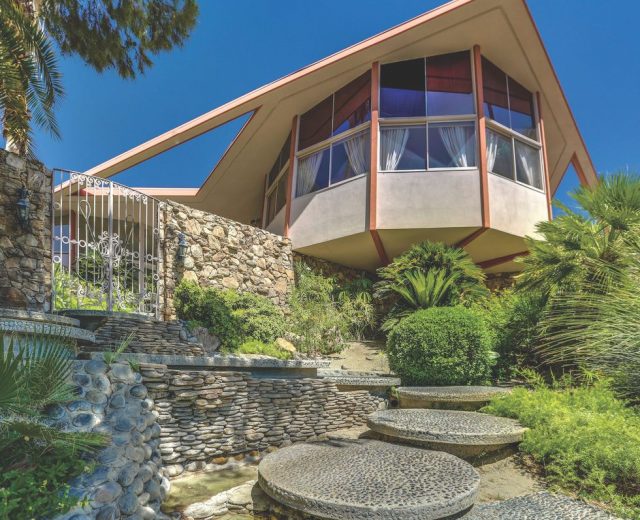 Elvis and Priscilla’s honeymoon house was built in 1960 by developer Robert Alexander for his wife Helene. In September 1962, Look Magazine featured the home as a centerfold, dubbing it “The House of Tomorrow” in an article entitled “The Way Out Way of Life.”

The house is made up of four connecting spherical pods. Elvis first leased the property on September 16, 1966, for one year. Elvis’s manager Colonel Tom Parker lived in the same neighborhood and thought it would be a great place for Elvis to relax and escape from Hollywood. 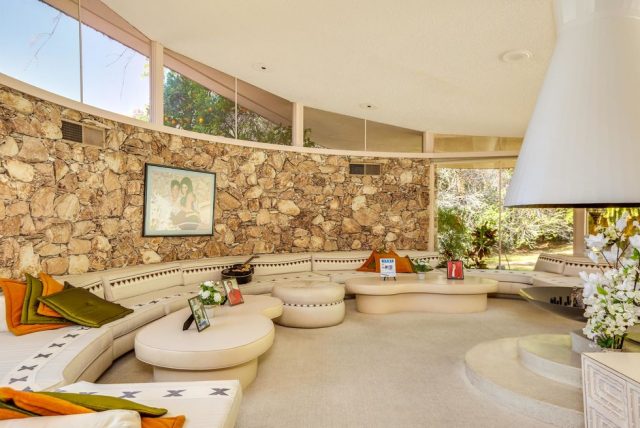 The living room features a floating fireplace, rock walls, a 64-foot couch, and terrazzo flooring. The entire room overlooks the stunning pool in the backyard. 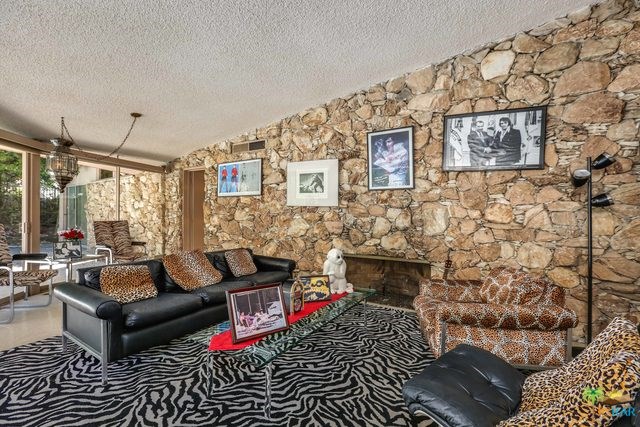 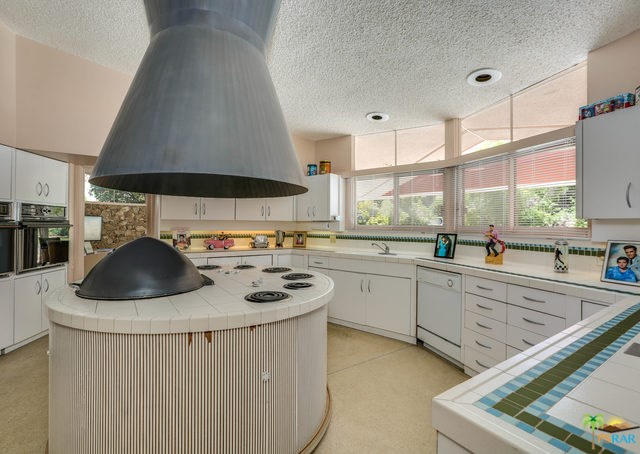 The kitchen appears relatively small, but perhaps that is just because of the how massive the stove and exhaust hood are. The kitchen also features a large refrigerator and a built-in BBQ. 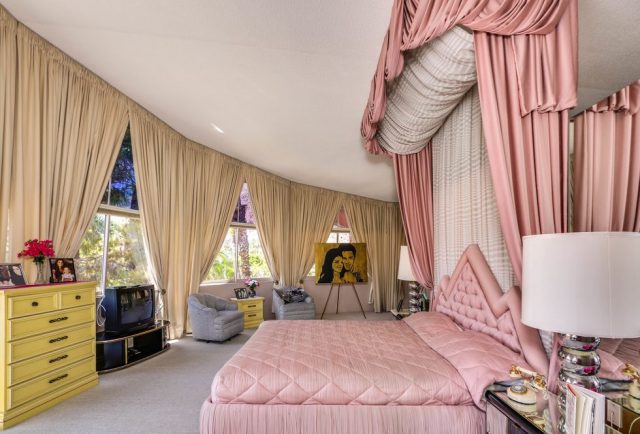 It’s only natural that a blushing bride stay in a blush-colored room! The master bedroom is surrounded by windows that look down on the street below and offer lots of natural light. It is thought that their daughter Lisa Marie Presley was conceived during their honeymoon, as she was born exactly nine months after their wedding day on February 1, 1968. 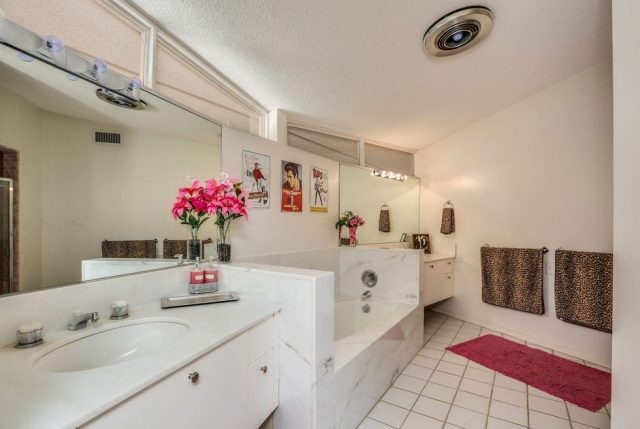 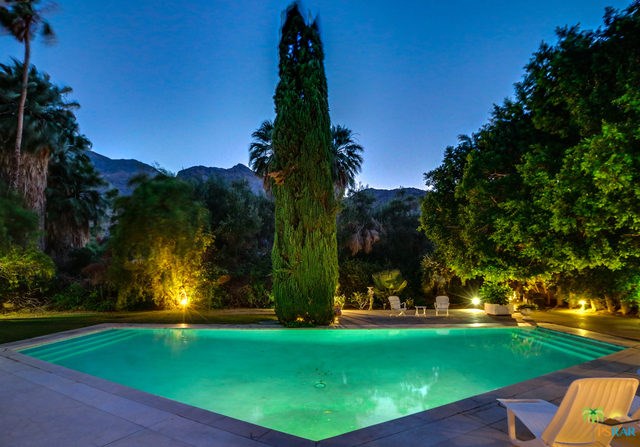 Pool in the backyard lit up by lights. (Photo Credit: Bennion Deville Homes)

The home totals 5,000 square feet in size, and features four bedrooms, five bathrooms, a pool, fountains, and views of the San Jacinto mountains. 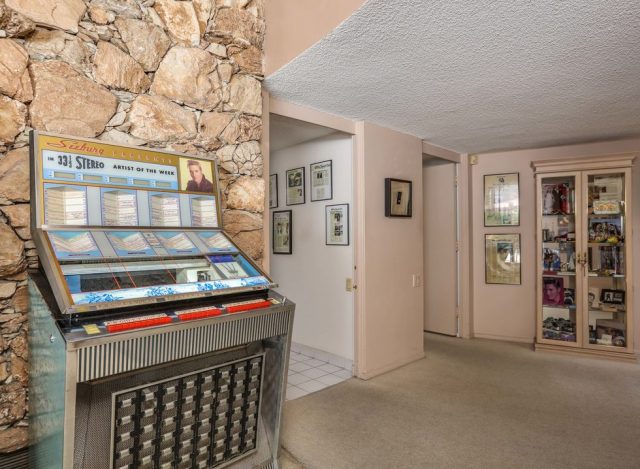 Despite Elvis only leasing the property for one year, the Palm Springs property has since become known as “The Elvis Presley Honeymoon Hideaway.” Elvis merchandise can be found all throughout the house, including this jukebox that is still in working condition. 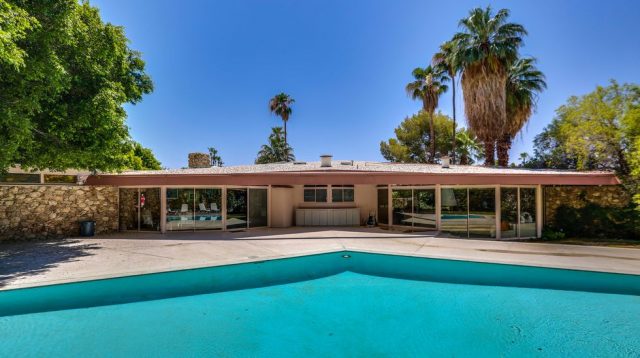 Despite all the vintage features associated with the Honeymoon Hideaway, the property proved to be difficult to sell. In 2014, the estate was listed for the first time for $9.5 million. In 2019, it was re-listed for $3.2 million. The price was eventually lowered again, to $2.5 million, and was sold to a mystery buyer in December 2020. 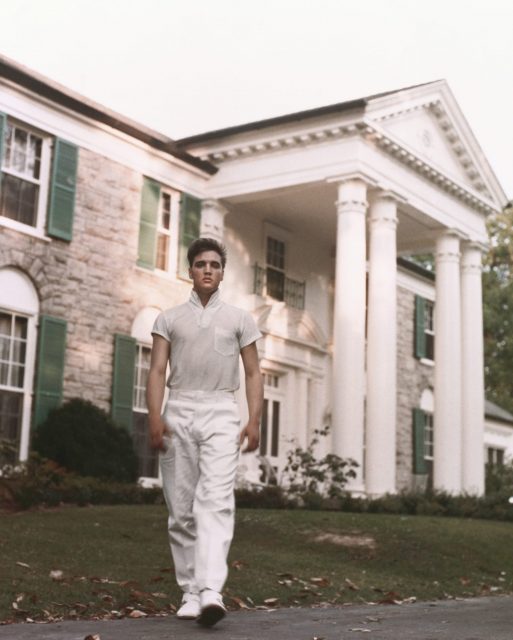 More from us: Elvis Presley Played a Role in Elton John Becoming Sober

In October 2016, Graceland opened a 450-room resort called The Guest House at Graceland. Two of the “upstairs” suites at the resort were inspired by the Honeymoon Hideaway house in Palm Springs.

The Vernon and Gladys Suites are named after Elvis’s parents, and were inspired by Elvis’s Palm Spring home.