The jockstrap of Elvis is going up for sale. Fans of the king can now get closer to him than ever before…thanks to his rhinestone-encrusted jockstrap! This intimate item is up for grabs, care of Paul Fraser Collectibles in Bristol, England. How much will the performer’s pouch set buyers back? According to their website, £29,950 ($40,000 approx).

“As one of the originators of rock and roll, he created a music style which changed the world” the listing reads, “and inspired generations of artists from the Beatles to the present day.” Such reverential language serves as a lead in to the description of the lot itself… used undergarments in a 20 x 36” frame.

A plaque below Elvis’s jockstrap explains precisely what it is viewers are witnessing. “Owned and worn jock strap. This unique item was custom made by one of Elvis’ fans.” Did he wear it? Absolutely he did! In an act of true dedication to his fans, the King actually donned these decadent smalls. White rhinestones adorn the front, with the initials “E.P.” made from blue rhinestones featuring on the waistband. The size is billed as “medium”. “Elvis wore the jockstrap until his tragic death in 1977” the plaque continues. 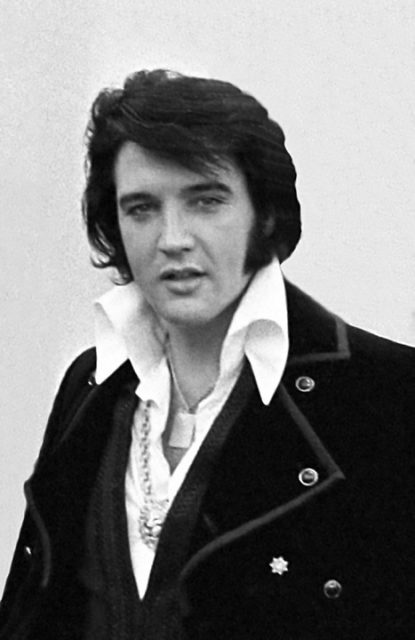 Paul Fraser obtained the item from the Elvis Presley Museum. Quoted by The Blast, the company calls it “Extravagant. Absurd.” And last but not least: “Sexually potent. This rhinestone-studded jockstrap is pure Elvis Presley.” There’s a 28 day returns policy, should for some reason purchasers be unhappy with their framed jockstrap.

Elvis Presley’s rhinestone-studded jockstrap and a lock of Marilyn Monroe’s hair from the night she sang “Happy Birthday Mr President” are among a host of celebrity memorabilia up for sale https://t.co/up60aOxLZk

Elvis’s home base of Graceland threw open its gates recently, after a period of shutdown. CNN reports the popular tourist attraction is operating “with reduced capacity”. Also, “Graceland associates will be required to wear masks at work, and guests will be ‘highly encouraged” to do so as well.” The story mentions that “All guests and associates will undergo temperature checks, and associates will have required hand-washing breaks in their day”.

Don’t you step on my rhinestone studded jockstrap: Elvis Presley memorabilia is up for sale https://t.co/OoRv31w8CG pic.twitter.com/sEFDeC7RXx

As with many of the world’s iconic artists, Elvis is seen as more valuable posthumously than while he was alive and kicking. According to Cheatsheet, he could charge over a million dollars just for setting foot onstage. Yet the site notes, “the 42-year old entertainer was worth a relatively paltry $5 million when he died from heart failure at his Memphis home on August 16”.

Why was this? The 50% cut demanded by former manager Col Tom Parker is seen as one factor behind his “relatively paltry $5 million” fortune. That story is about to be brought to life on the big screen by director Baz Luhrmann, with Tom Hanks as Parker and Austin Butler as Presley. 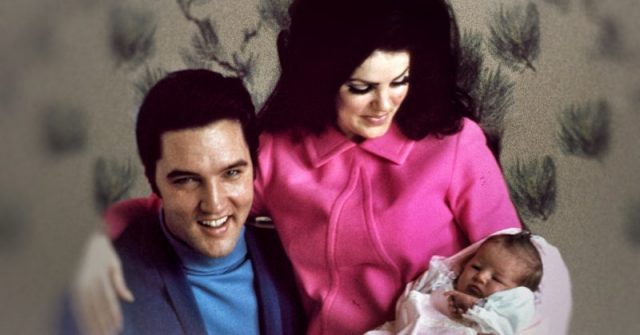 Elvis spent liberally it appears. Recipients of his generous nature were family and the King’s “Memphis Mafia” entourage. Elvis Presley Enterprises, the entity that manages Graceland and everything else Elvis-associated, is worth between $200 and 400 million.

The Blast reported that Lisa Marie Presley’s legal battle against Barry Siegel has been delayed. She’s claimed her ex business manager “squandered a large chunk of her $100 million fortune”, leaving her with $14,000. “LMP claims Siegel sold 85% of her interest in Elvis Presley Enterprises to help himself align with other famous individuals” the site states. “She says he, ‘put his own best interests ahead of her in order to put himself in proximity to [the investor] and his celebrity circle.’” Siegel has denied the claim, placing blame for the loss on Presley herself.

Whoever gets their hands on Elvis’s jockstrap knows this simple piece of history carries a whole lot of baggage. Giving a whole new meaning to the term “rock and roll”, Paul Fraser’s inbox is bound to be tightly-packed with interested parties.