Six of the Most Intriguing Things Ever Found on Shipwrecks

Shipwrecks have fascinated humans for centuries. The wrecks of ill-fated ships often remain submerged underwater and hidden out of sight for years, like mysterious time capsules giving us a peek into the past. There are approximately three million shipwrecks on the ocean floor, holding an estimated $60 billion in sunken treasure, and we’ve explored just a tiny percentage.

The ships that have been located have turned up some very interesting and unexpected artifacts. Here are six of the most intriguing items found on shipwrecks. 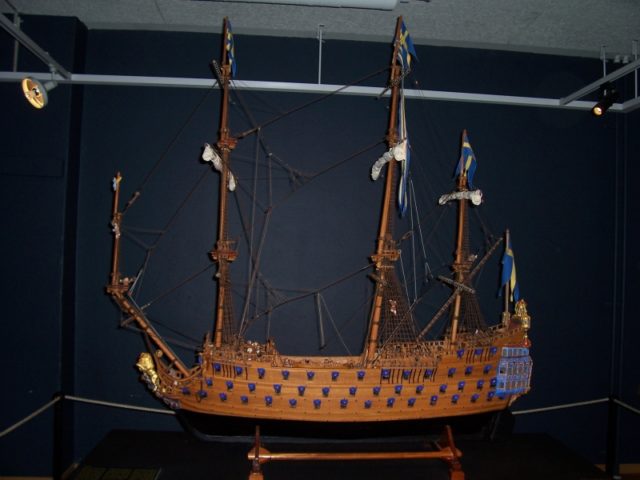 Kronan was a Swedish warship and one of the largest seagoing vessels in the world during her years of service in the 1670s. However, even the largest ships aren’t invincible. On June 1, 1676, Kronan capsized after making a sharp turn under too much sail. Her gunpowder magazine ignited and destroyed much of the bow.

As the ship sank, she took down around 800 men and a trove of silver and gold coins, along with expensive military equipment.

The ship was nearly forgotten until an amateur researcher discovered its exact location in 1980, and the wreck has been a popular diving site ever since. To date, more than 30,000 artifacts have been recovered. Of these, one stands out as the smelliest: a tin containing cheese nearly 350 years old.

Lars Einarsson, the leader of the diving expedition that discovered the delicacy, said, “We’re pretty sure it’s some kind of dairy product, butter or cheese. It’s like a mixture of yeast and Roquefort, a sort of really ripe, unpasteurized cheese.” In case anyone’s getting hungry at the thought of trying such a rare cheese, Einarsson has some advice, “I certainly don’t recommend tasting it.” 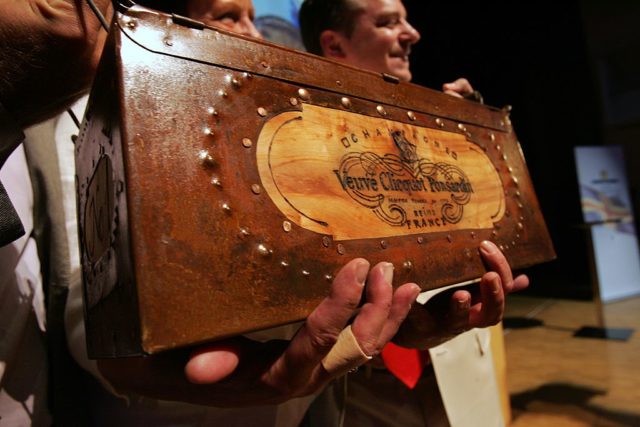 Talk about vintage! In 2010, divers in the Baltic Sea, off the coast of Finland, discovered the remains of a sunken trade schooner. This ship was stocked with no fewer than 168 bottles of wine that had been sitting on the seafloor for 170 years. Although the labels had long worn away, branding on the corks allowed a team of scientists to identify the original vintners, including Veuve Clicquot Ponsardin, a company that’s still popular today!

Luckily, the conditions at the bottom of the Baltic Sea were ideal for preserving wine, with very little light and chilly temperatures ranging between 35 and 39 degrees Fahrenheit. The brave experts were able to secure a sample of the ancient beverages and had a taste test, pitting the “Baltic wine” against modern Veuve Clicquot.

How does it taste? At first, testers used words like “cheesy,” “wet hair” and “animal notes” to describe the wine. However, after it was swirled in a glass, the taste improved considerably and received much more complimentary descriptions, such as “grilled, spicy, smoky, and leathery.”

The remains of doomed passengers 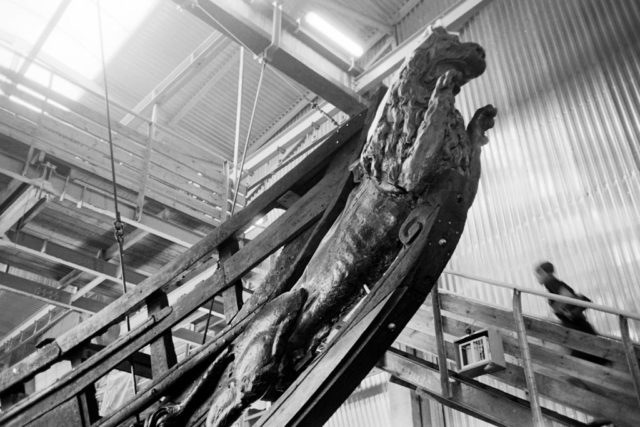 One of the most famous shipwrecks in history, Vasa was a Swedish warship built on the orders of King Gustavus Adolphus. She sank less than a mile into her highly-publicized maiden voyage on August 10, 1628. When Vasa went down, due to too much weight in the upper structure of the hull, 30 people reportedly perished with the ship. The disaster was seen by a crowd of hundreds of spectators, which included foreign dignitaries.

Relegated to obscurity for years, the wreckage was rediscovered in a busy shipping area in Stockholm Harbor in the late 1950s and salvaged with a mostly intact hull in 1961.

The skeletal remains of at least 17 – and possibly as many as 19 – people were found during the ship’s excavation. The remains included men from the crew, as well as women and a child. Some were nearly complete skeletons, in one case with fingernails, hair and even a brain! Others are not so well preserved. 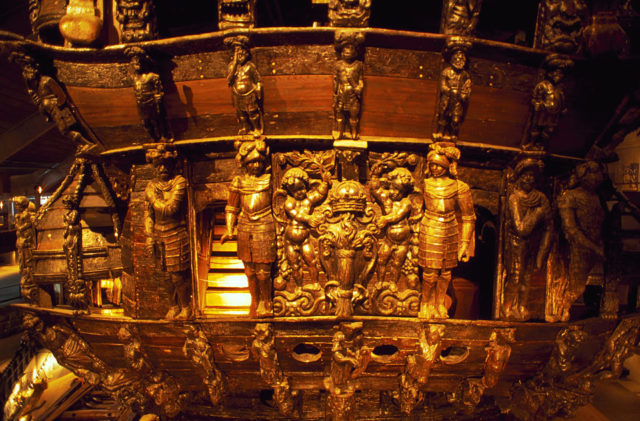 Housed in the Vasa Museum in Stockholm, the ship is now one of Sweden’s most popular tourist attractions and has been seen by over 35 million people since being salvaged. Visitors can also view facial reconstructions of some of the excavated passengers. 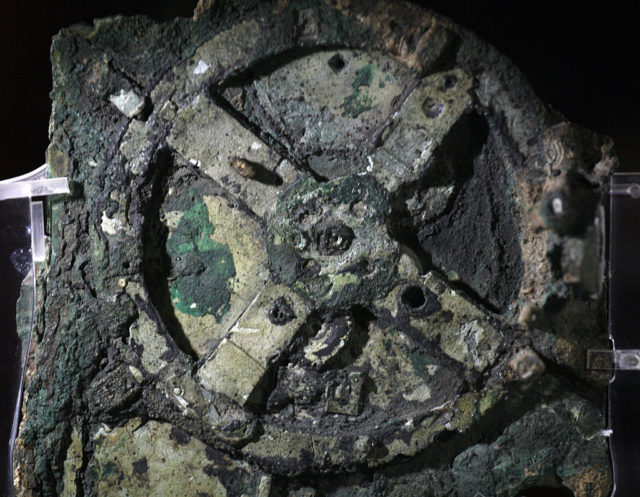 In 1901, a mysterious ancient device now known as the “Antikythera Mechanism” was found in a shipwreck off the coast of Greece.  It appeared to be a “lump of corroded bronze and wood,” but the following year, an archaeologist discovered it contained a gear. The strange artifact has intrigued historians ever since.

Initially housed inside a wooden box, the device is now split into 82 fragments. Some of them contain gears and, others, inscriptions. X-ray tomography allowed researchers to read the inscriptions beyond the centuries of corrosion and begin to understand the mechanism’s functions. 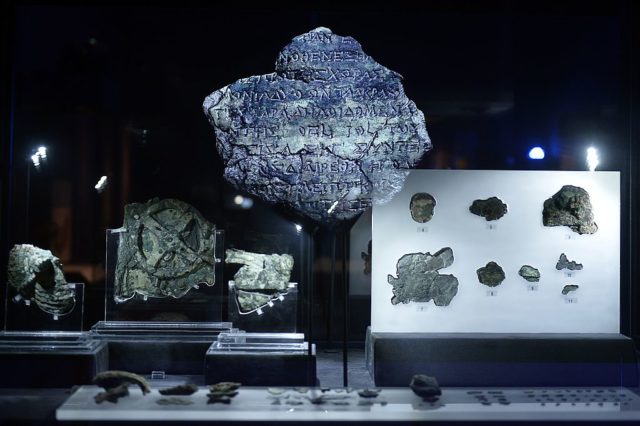 Pieces of the so-called Antikythera Mechanism, dating back to the second-century BC. (Photo Credit: LOUISA GOULIAMAKI / AFP / Getty Images)

The Antikythera Mechanism can perform some amazingly complex tasks, such as predicting eclipses and other celestial events, as well as tracking the four-year cycle of the Olympic games. Although the age of the device is uncertain, it’s at least as old as the shipwreck it was found in, which is believed to date to 70–60 BC.

The original mechanism is kept in the National Archaeological Museum in Athens, Greece, and replicas are on display at several other locations around the world.

A large head from a marble statue of Hercules

While waiting for the 2022 expedition press release in English, here is the Greek version: https://t.co/kQD1ZwDh7E pic.twitter.com/oAU1i2tWDy

The Antikythera site is still full of artifacts, and researchers discovered some previously-unseen items during a recent survey. In an announcement on June 20, 2022, the Antikythera Research Team stated it had located the objects after removing large natural boulders that had been blocking them from reaching part of the wreckage.

Included in the findings were human teeth, the lead collar from a wooden anchor and fragments of various materials typical of a maritime wreck. The researchers said they’ll be conducting genetic testing on the teeth and hope to uncover more information about the person(s) they belonged to.

One of the most interesting finds in this latest underwater survey was the larger-than-life marble head of a “male bearded figure,” which has been visually identified as Hercules. It’s believed to belong to a statue called “Herakles of Antikythera,” which was found by sponge divers in 1900 and is currently housed at the National Archaeological Museum.

The expedition’s official website seems to promise more discoveries ahead. “Since the ship was transporting the highest quality of luxury goods, there is a very real possibility of unimaginable finds, similar in importance to the Mechanism,” it reads. “The Antikythera Shipwreck holds more secrets.”

An appearance on The Tonight Show Starring Johnny Carson 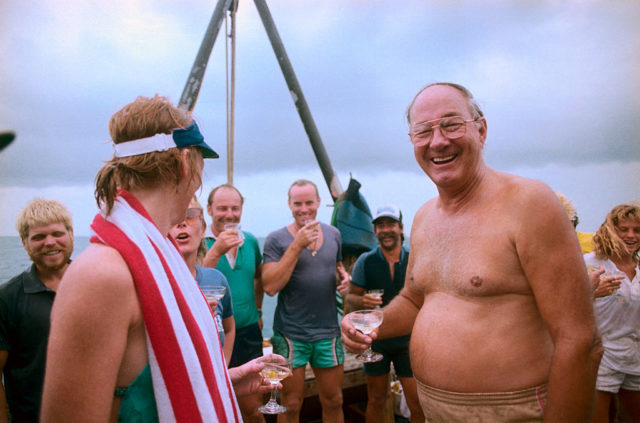 This next find wasn’t actually an admission ticket to the iconic TV show, but it’s quite an interesting story and changed US law regarding shipwrecks. While there have been a lot of valuable shipwreck discoveries throughout history, this is one of the tops – it even received an entry in the Guinness Book of World Records in 2014.

The ship is the Nuestra Señora de Atocha, a Spanish treasure galleon that sank off the Florida Keys in 1622. Part of a fleet of 28 ships, the Atocha was the heavily-armed rear guard and laden with treasures, including gems, silver, gold, pearls and more.

On just the second day of the voyage from Havana, Cuba to Spain, the convoy was hit by a hurricane in the Florida Straits. Eight of the ships sank, with the Atocha losing all of her 265 crew and passengers, except for five people. After 60 years of searching, the Spanish failed to locate the lost ship. 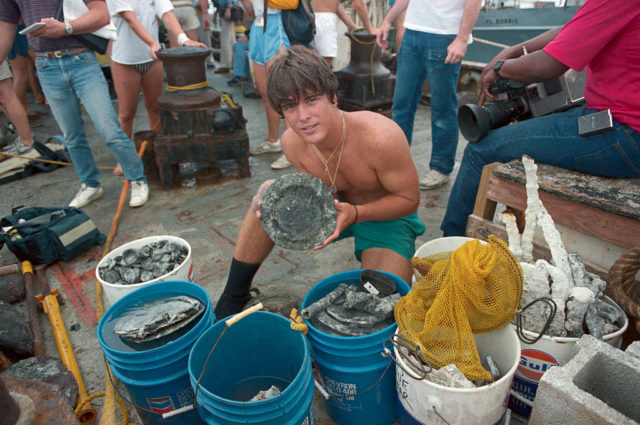 A young man on a Treasure Salvors boat displays a corroded plate, one of the artifacts recovered from the Spanish wreck of the Nuestra Señora de Atocha. (Photo Credit: Bettmann / Getty Images)

In 1969, a treasure hunter named Mel Fisher started hunting for the ship. The search took more than 16 years, but discoveries of silver, gold, bronze cannons and emeralds along the way kept Fisher and his team going. On July 20, 1985, the team raised 40 tons of silver and gold, thousands of gold coins, silver ingots, Colombian emeralds and other precious artifacts.

Following the discovery, Mel Fisher appeared on The Tonight Show with Johnny Carson wearing a $100,000 gold chain from the wreck. The state of Florida was alerted to the situation and a lengthy legal battle ensued, making it all the way to the Supreme Court. Fisher won, but the case led to passage of the Abandoned Shipwreck Act, giving states the rights to shipwrecks located within three miles of their coasts.

More from us: A Historic Shipwreck Is Getting Closer to Crashing Over Niagara Falls

« Who Was the Colonel Before He Met Elvis?
Martin Sheen Regrets Changing His Name When He Started Acting »