Did You Know the Supreme Court Has Its Own Basketball Court?

The literal “Highest Court in the Land” sits just atop the figurative Highest Court of the Land – and it’s not what you would expect. It’s a basketball court one floor up from the courtroom at the US Supreme Court Building.

No need for storage

Completed in 1935, the Supreme Court originally had a storage room located on the fifth floor, with low ceilings and a concrete floor. At first glance, the room was nothing special, but, early on, Justice Hugo Black used the space as a makeshift tennis court. Seeing the potential of the otherwise unused space, the room was eventually converted into a basketball court in the 1940s. 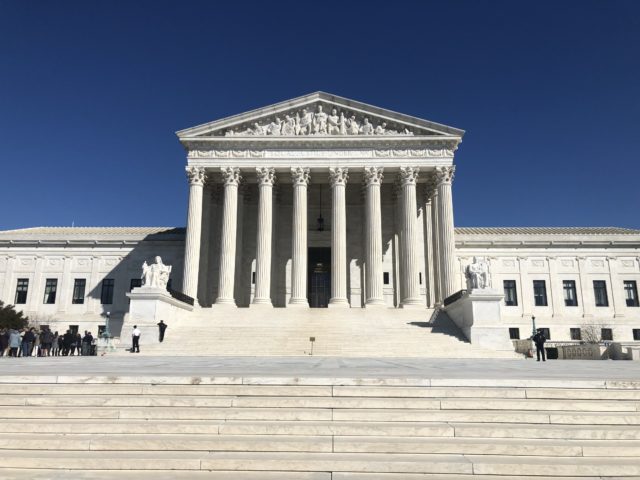 Not quite regulation size – it measures 78 feet by 37 feet, compared to the standard court size of 94 feet by 50 feet – the room is cozy, with the walls hugging the sidelines and the eagle of the Supreme Court plastered in the middle. The concrete floor was replaced with pristine hardwood, and two backboards hang from the ceiling.

The basketball court actually is the highest court in the land. On the fifth floor of the Supreme Court Building, it sits directly above the actual Supreme Court, which is located on the fourth floor. As you can imagine, the squeaks and dribbles from the court above carry down into the court room, so there are strict rules as to when employees can pick up a game. 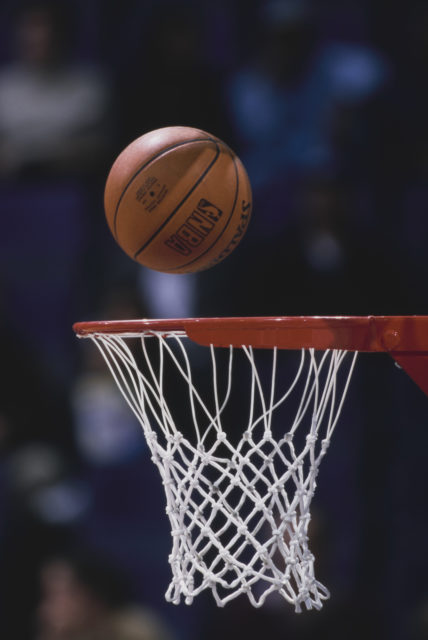 Outside the basketball court is a sign to remind players of the rules. It reads: “PLAYING BASKETBALL AND WEIGHT LIFTING ARE PROHIBITED WHILE THE COURT IS IN SESSION.”

Obviously, court days are more important than basketball games. If someone is caught playing while court is in session, a marshal’s aide will go upstairs and remind players of the rules. It is doubtful this ever happens, however, as no one wants to be on record as having disrupted court functions.

Multiple injuries have been reported

Those who play basketball in the Supreme Court Building are certainly not NBA players, but that doesn’t mean professional athletes haven’t taken to the court – most notably, Karl Tilleman. Tilleman is a two-time basketball Olympian turned law clerk, and while working at the Supreme Court convinced Justice Clarence Thomas to play a game with him. 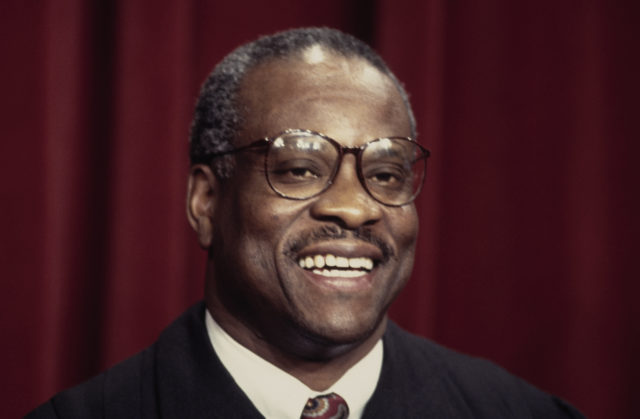 Thomas certainly knew how to hold his own against the former Olympian, but, in the middle of the game, he dropped to the ground and grabbed his leg. He’d torn his Achilles tendon. The Supreme Court Justice was put in a cast and given crutches, and he and Tilleman took a photo together to commemorate the incident.

More from us: Seven US Presidents Who Were Born in Log Cabins

Thomas was not the only Supreme Court Justice to injure themselves while shooting hoops with colleagues. Justice Byron White was also given crutches after an injury he suffered in 1971. He was notorious for body-checking opponents with his elbows and knocking them into the wall… It seems Supreme Court Justices play full-contact basketball.