Amman, the capital of Jordan, is a modern, busy, thriving city. However, on the outskirts of town, there’s a clear reminder of this city’s ancient past. Amman, known as Philadelphia in Greek, was an important ancient hub and has been inhabited for thousands of years, by successive cultures and civilizations.

The city was under Roman rule for four centuries, and this particular ancient civilization left its mark in the form of monumental architecture.

In addition to the bathhouses, villas, and theatres that were built in the Roman city, archaeologists believe that Amman was once the site of an important Roman temple, dedicated to Hercules. Furthermore, there’s even a suggestion that this shrine may once have been the site of a colossal marble sculpture, one of the tallest ever made. 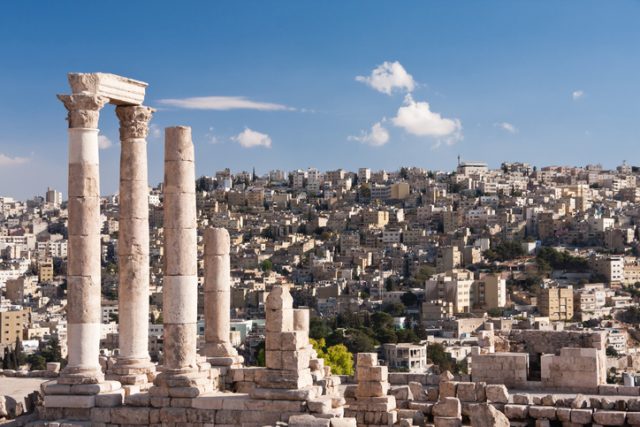 Roman Temple of Hercules on the Amman Citadel in Jordan.

The Temple of Hercules towers over the ancient Roman citadel of Amman, and it appears to have been the most important building in the entire complex. According to the American Center of Oriental Research in Amman, it was constructed between 162 and 166 AD, during the reign of Emperor Marcus Aurelius, and was originally planned to be larger than any temple in Rome itself.

The temple itself measured 98 feet by 79 feet, and the outer sanctum was 397 feet by 236 feet, making for an extremely impressive and imposing building. 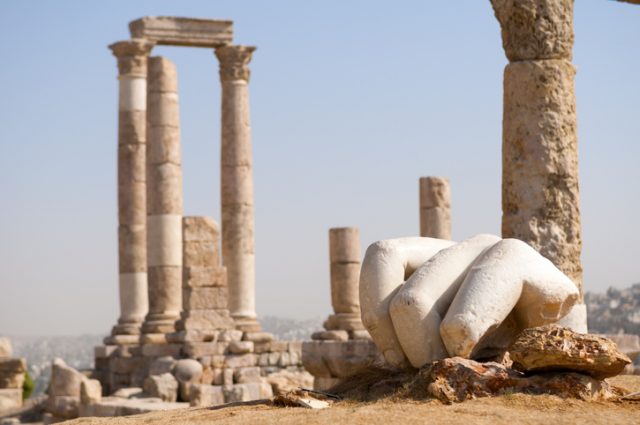 Roman-era hand of Hercules at the ancient Citadel in Amman, Jordan. The hand is all that remains of what was once a massive statue.

However, archaeologists now believe that the temple may never have been fully completed. The portico has six tall columns, stretching around 33 feet high, but no other columns or decorative features have been found. It is likely, therefore, that the original vision for the temple was never fully realized.

There is very little information, either literary or archaeological, that can help decipher the origins and use of this impressive structure. However, archaeologists have found a number of coins at the site that bear the image of Hercules, leading them to believe that the temple was dedicated to him, according to the American Centre of Oriental Research. 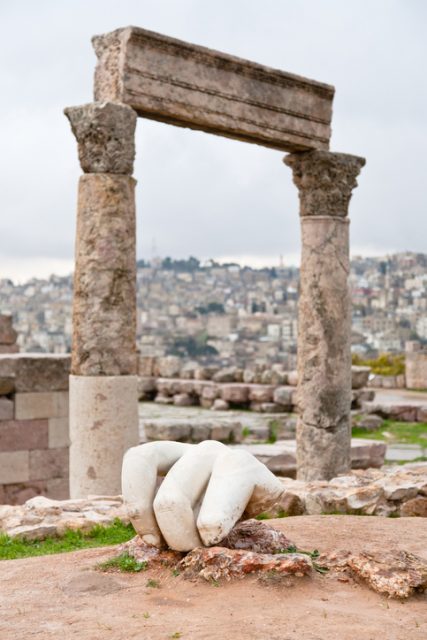 Hercules hand near Temple of Hercules in antique citadel in Amman, Jordan.

In addition, one of the most striking and impressive finds suggests that there may once have been a gargantuan reminder that this was a shrine dedicated to this legendary Greco-Roman god. While digging at the temple, archaeologists unearthed an enormous marble hand; or more precisely, three remaining fingers of a hand, curled loosely into a fist.

In addition, they also discovered a huge piece of marble that appears to have been sculpted into an elbow. Based on the size of the elbow and the hand, archaeologists have speculated that the site may once have included a colossal statue of Hercules, designed to dominate the temple complex. 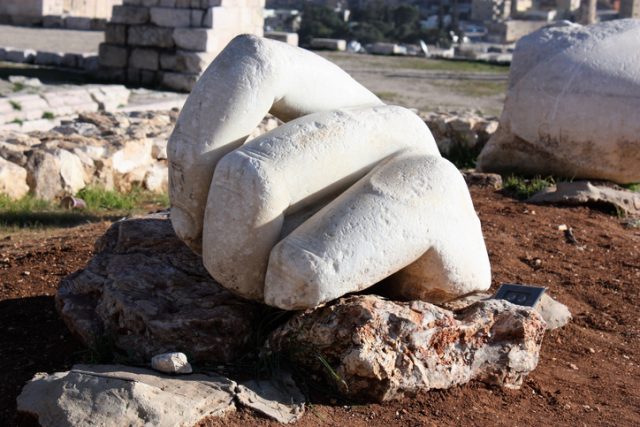 Hand in front of Hercules temple at Citadel Hill in Amman in Jordan, Middle East.

If these assumptions are correct, and extrapolating from the size of the hand, it is estimated that the finished statue would have stretched over 40 feet high, making it one of the largest marble sculptures ever to have been created in history. Such a feat would have required immense technical skill, wealth and resources.

However, no other parts of the statue have ever been recovered at the site. If the temple was indeed dedicated to Hercules, and included such an enormous image of the god, then where is the rest of it? 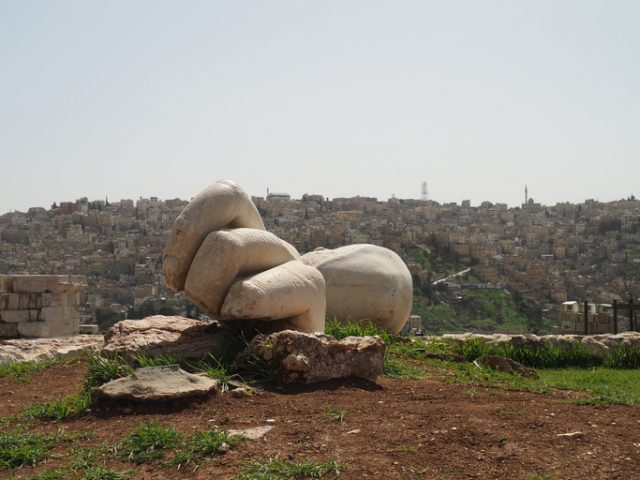 Although there are no definitive answers, archaeologists at the American Center of Oriental Research have suggested that the statue was destroyed in one of the many earthquakes that have hit the region over the past 2000 years.

Watch 6 surprising insights into the lives of Roman gladiators:

It is likely that this seismic disruption toppled the statue, and the remaining marble was broken down and taken away for use in other building projects in different parts of the city and the wider region. Marble was an expensive and important commodity in the ancient world, and was used for a whole variety of artistic and construction purposes. 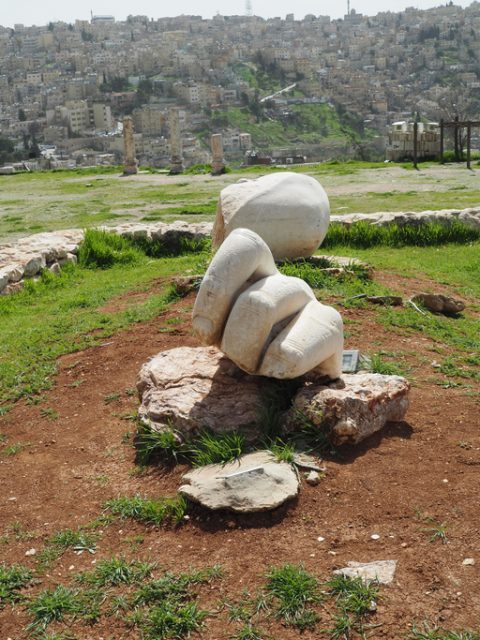 This may also explain why the grand temple of the Amman citadel was never fully completed. Perhaps an earthquake struck, and the ancient Romans decided that it was futile to build such an imposing and lavish temple on a site where disaster might strike at any moment.

Read another story from us: The Original Hercules Story was Sadder and More Brutal than the Popular Version

These ideas, however, remain speculative, and it is likely that the secrets of the Amman citadel will remain a mystery unless further discoveries can affirm or challenge these theories. To date, the complex has only been partially excavated, and so it’s possible that further clues may yet be unearthed. For now, however, this colossal hand, with its curled fingers, are a visceral reminder of this city’s glorious ancient past.