Elvis-themed wedding chapels in Las Vegas took a major hit after they were handed a cease-and-desist letter to halt the impersonation of the King of Rock and Roll in marriage ceremonies. Making up a major portion of the city’s wedding industry, people are wondering how anyone could take the Elvis out of Las Vegas?

Elvis is ingrained in the history of Las Vegas 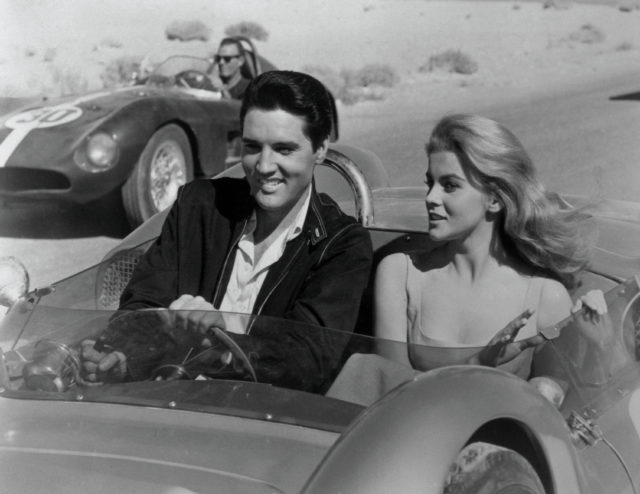 Elvis Presley and Las Vegas are undoubtedly intertwined. The King of Rock and Roll made bi-annual visits to the city, featured in the 1963 film Viva Las Vegas, and even created the song of the same name that would later become the city’s unofficial theme song. The movie, which is arguably the best in a string of cheesy films featuring Presley, shows the beautiful backdrop of Las Vegas streets with low-slung hotels, vibrant marquee signs, and the old convention center rotunda.

In 1967, Elvis got married to his wife, Priscilla Presley, at the Aladdin Hotel in Las Vegas. He performed in the city, making movies and entertaining crowds, and made his triumphant comeback onstage there before his passing in 1977. 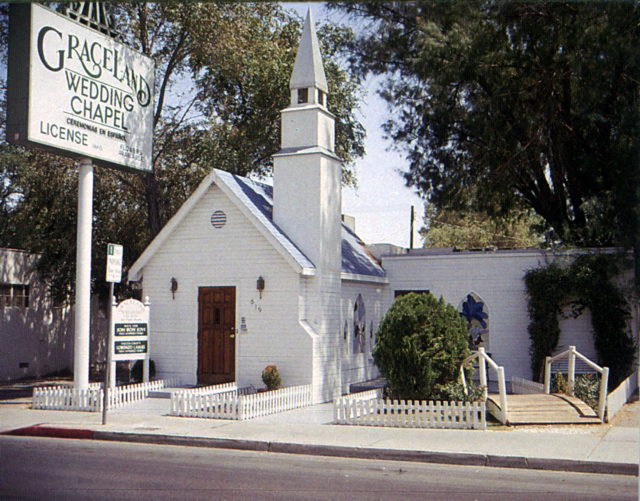 In 1939, the Gretna Green Wedding Chapel was opened to the public in Las Vegas. Before his marriage to Priscilla, Elvis roamed the city’s chapels to find the perfect venue for the two lovebirds to get hitched. In 1967, he popped into the Gretna Green Wedding Chapel, and despite having picked a different location for his wedding, the visit had a significant effect on the chapel.

After his death in 1977, the chapel was renamed Graceland Wedding Chapel and was dedicated to the Elvis Presley. It still operates today, providing the public with Elvis-themed weddings, officiated by impersonators of the King. 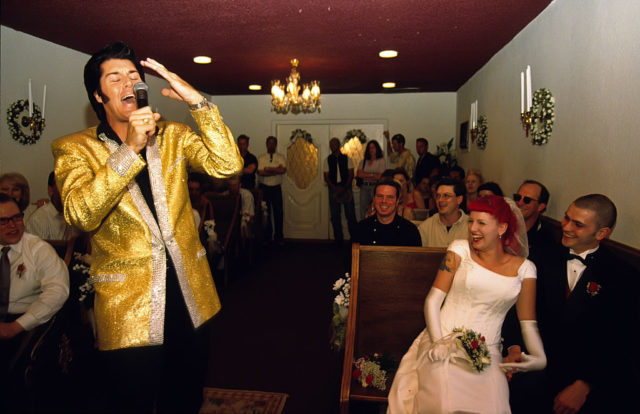 An Elvis impersonator sings at wedding ceremony for a Rockabilly bridal couple who are getting married in the Elvis Wedding Chapel. (Photo Credit: ANDREW HOLBROOKE / Corbis / Getty Images)

The Authentic Brands Group, which controls the name and image of Elvis Presley, issued a cease-and-desist to most of the chapels that use Elvis impersonators to officiate weddings. The letter states that it will halt the use of “Presley’s name, likeness, voice image, and other elements of Elvis Presley’s persona in advertisements, merchandise and otherwise.” This includes ‘Elvis’, ‘Elvis Presley’, and ‘The King of Rock and Roll’, which are all protected by trademarks.

Elvis-themed ceremonies comprise a significant portion of the Las Vegas wedding industry. The removal of Elvis-themed weddings may have a detrimental effect on the industry’s yearly income of a whopping $2 billion. Many people may lose their livelihood as a result of the ban, although Graceland Wedding Chapel has yet to receive a cease-and-desist letter. 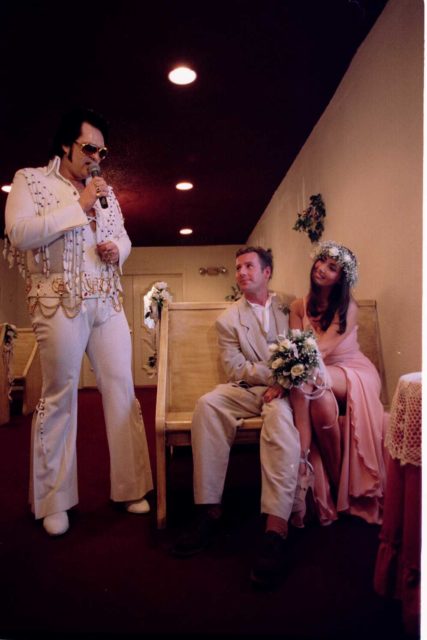 More from us: See Inside The House Where Elvis And Priscilla Presley Stayed During Their Honeymoon

In an effort to abide by this letter, one chapel had its Elvis impersonator change into a leather jacket, jeans, and a fedora, to perform a ‘rock ‘n’ roll’ themed ceremony. Talk about heartbreak hotel.

Kent Ripley, who owns Elvis Weddings, questioned, “They want to protect the Elvis brand. But what are they protecting by taking Elvis away from the public?”