A federal judge has ruled that the man who attempted to assassinate former U.S. President Ronald Reagan will be set free on June 15, 2022. 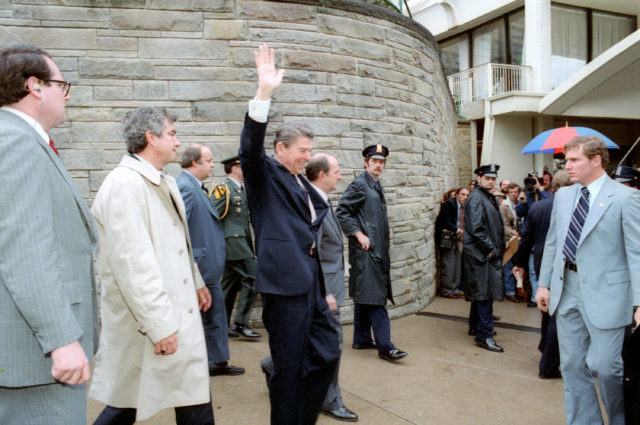 On March 30, 1981, Hinckley aimed a .22 caliber Röhm RG-14 at Ronald Reagan and shot six bullets as the president was leaving the Hilton Hotel in Washington D.C. While Hinckley didn’t hit the president directly, Reagan was wounded when a bullet ricocheted off a nearby limousine and hit him in the chest. 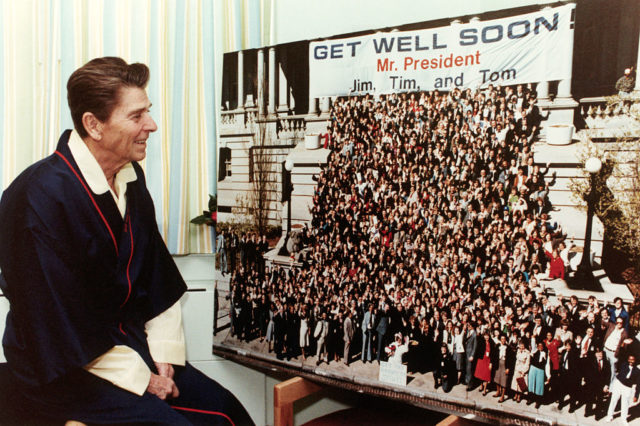 Hinckley also shot and wounded police officer Thomas Delahanty, Secret Service agent Timothy McCarthy, and press secretary James Brady. Brady had been shot in the right side of the head, and though he survived the injury he remained fully paralyzed on the left side of his body until his death in 2014. Seconds after the shots were fired, Hinckley was tackled to the ground and beaten by three nearby officials.

But what drove Hinckley to attempt to kill Reagan that day? The answer is what many least expected. 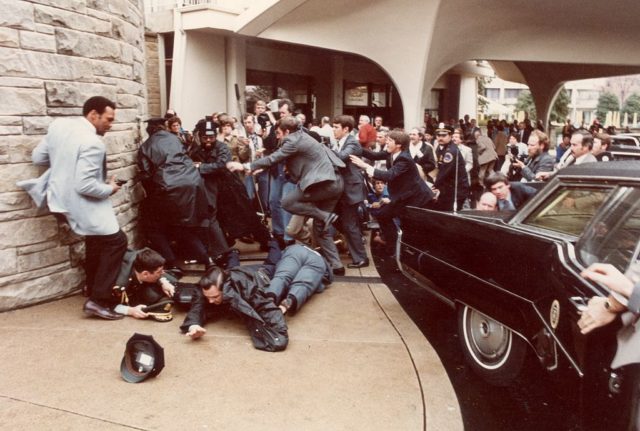 View of police officers and Secret Service agents as they dive to protect President Ronald Reagan amid a panicked crowd during the assassination attempt. (Photo Credit: Hulton Archive/Getty Images)

Six years before the shooting, Hinckley became obsessed with the movie Taxi Driver, starring Robert De Niro and Jodie Foster. The film follows a disturbed man who plots to assassinate the president and is loosely based on the diary of Arthur Bremer who attempted to assassinate presidential candidate George Wallace.

Hinckley became infatuated with actress Jodie Foster and tried everything he could to connect with her. He moved to New Haven, Connecticut while Foster was attending Yale University and began stalking the young actress. Hinckley left notes, love poems, and countless messages on her answering machine but all of them failed to catch Foster’s attention. 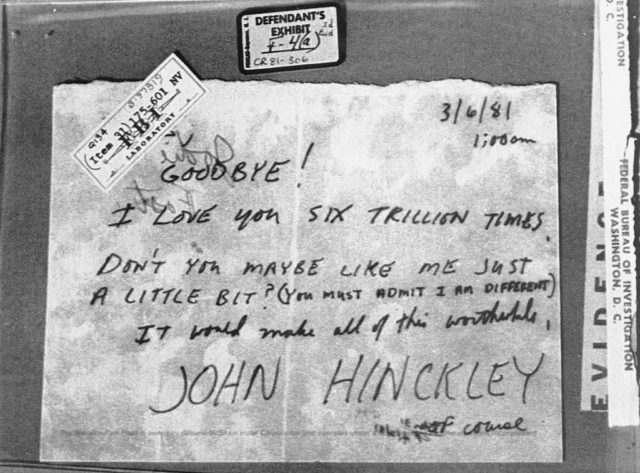 According to Hinckley, he began to fantasize about committing suicide or conducting a hijacking to get Foster’s attention, but eventually settled on a Taxi Driver scheme: assassinate President Ronald Reagan and win over Foster by becoming a famous historical figure.

Right before the assassination, Hinckley wrote Jodie Foster a letter confessing his plan:

“Over the past seven months I’ve left you dozens of poems, letters and love messages in the faint hope that you could develop an interest in me. Although we talked on the phone a couple of times I never had the nerve to simply approach you and introduce myself. … The reason I’m going ahead with this attempt now is because I cannot wait any longer to impress you.” 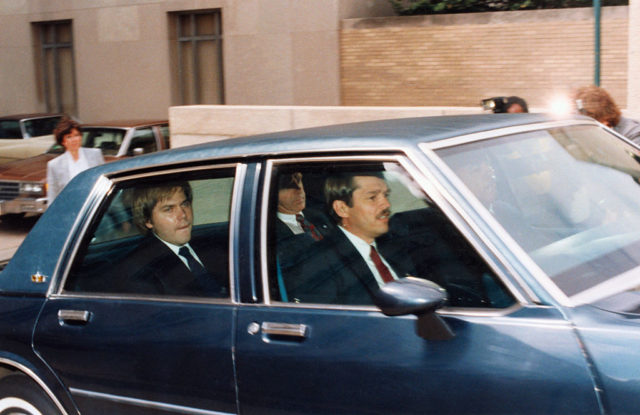 John Hinckley, Jr. in the back of this motioned vehicle outside the federal court in D. C. (Photo Credit: Bettmann/Getty Images).

Clearly mentally unstable, Hinckley was held in a psychiatric prison while he awaited trial. On June 21, 1982, Hinckley was found not guilty by reason of insanity. The verdict was controversial at the time, eventually leading to major legislative changes affecting who qualifies for an insanity plea. 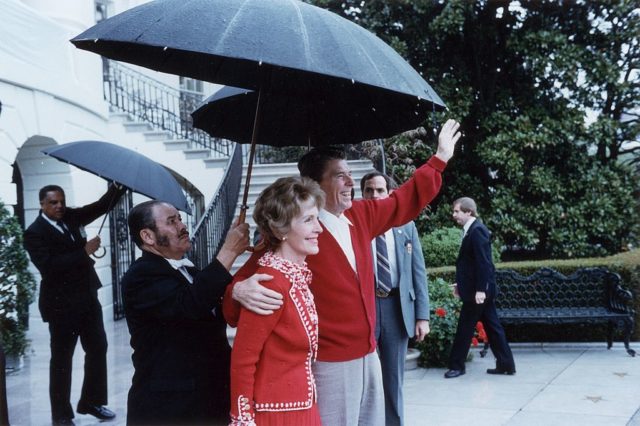 By 2011, a forensic psychiatrist told a judge that he believed Hinckley was no longer a risk to himself or others, kick-starting the process of reintegration into society. On August 5, 2016 Hinckley was released from St. Elizabeth Hospital and placed on probation. He was issued a long list of prohibitions that included: 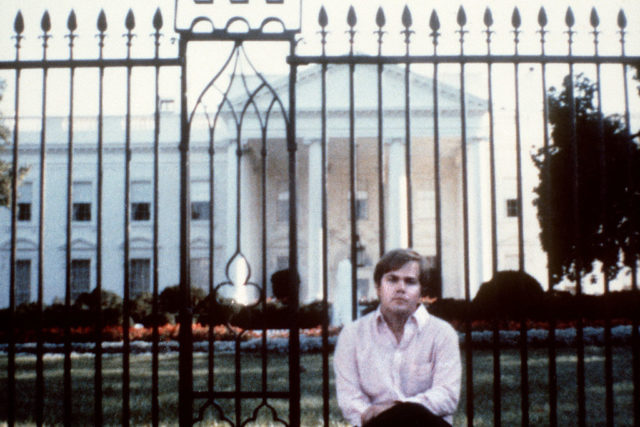 More from us: Nancy Reagan Was A Wing Woman For John Travolta And Princess Diana

As of June 2022, Hinckley will be unconditionally released from any charges and prohibitions – for the first time in over 40 years, he will be free. In response to the momentous occasion, Hinckley’s lawyer Barry Levine told The New York Times:

“It shows how one who is ravaged by mental disease, with good treatment and support from a loving family, which John had, and good mental health professionals, can actually salvage his life”.

The friends and family of Ronald Reagan have shown deep concern over Hinckley’s release. In a recent press release, the Ronald Reagan Presidential Foundation and Institute stated: “We strongly oppose his release into society where he apparently seeks to make a profit from his infamy”.