This Is Why Queen Elizabeth II Always Wore Pearls

During her 70 years on the throne, people noticed a lot of things about Queen Elizabeth II’s fashion preferences. One topic that came up frequently among admirers involves her jewelry – specifically, the necklaces she always seemed to be wearing. It turns out there was a good reason for the Queen’s favored accessory; wearing pearls is a family tradition that goes back hundreds of years. 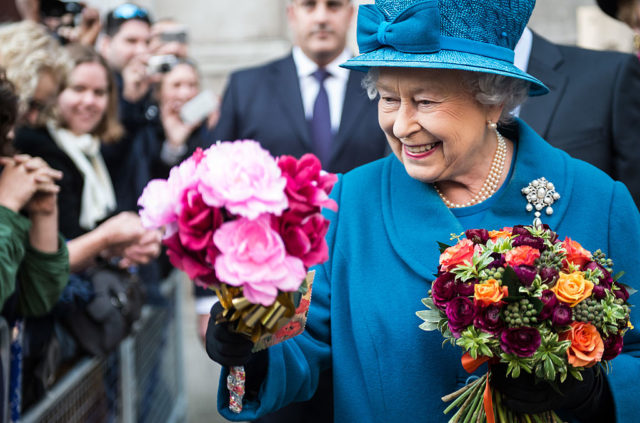 Leslie Field, who wrote The Queen’s Jewels, explained the tradition to PEOPLE. “Pearls are traditional for Queens going back one thousand years — there has never been a Queen who didn’t wear pearls,” she said. “They were rare, beautiful and lustrous and the more you wear them, the more lustrous they become.”

The tradition of royals wearing pearls dates all the way back to Queen Victoria, Queen Elizabeth II’s great-great-grandmother. “She gave each of her daughters and granddaughters a pearl every year on their birthday so that by the time they came of age at 18, they would have enough pearls for a necklace,” Field explained. Elizabeth’s father, King George VI, continued the tradition when he gifted her a thin platinum chain, to which he added two pearls on each of her birthdays. 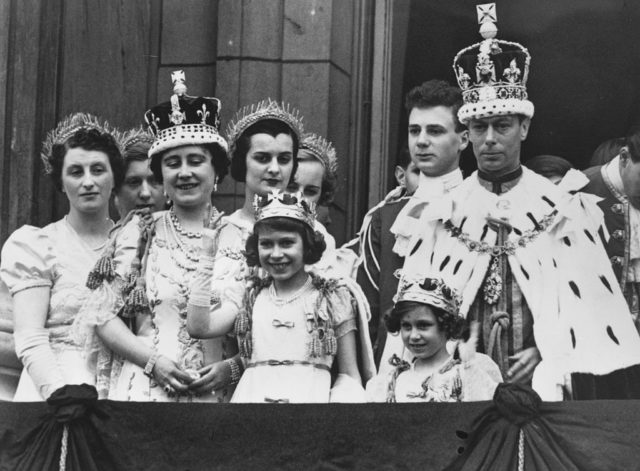 King George VI and Elizabeth the Queen Mother with Princesses Elizabeth, Margaret and members of the extended Royal Family in full Coronation regalia on the balcony of Buckingham Palace after their Coronation ceremony. (Photo Credit: Central Press / Getty Images)

In 1935, during the celebration of his Silver Jubilee, Queen Elizabeth II‘s grandfather, King George V, gave her and her sister, Princess Margaret, each a two-strand necklace, which they wore for their parents’ coronation in 1937. The necklaces were visible as the girls waved to the crowds from the balcony of Buckingham Palace.

For her wedding day in 1947, she wore another two-strand necklace, which is believed to be two separate necklaces from her extensive collection. She wore a similar one when announcing her engagement to Prince Philip earlier that year, and has continued to wear pearls for other momentous occasions, including Philip’s funeral in 2021. 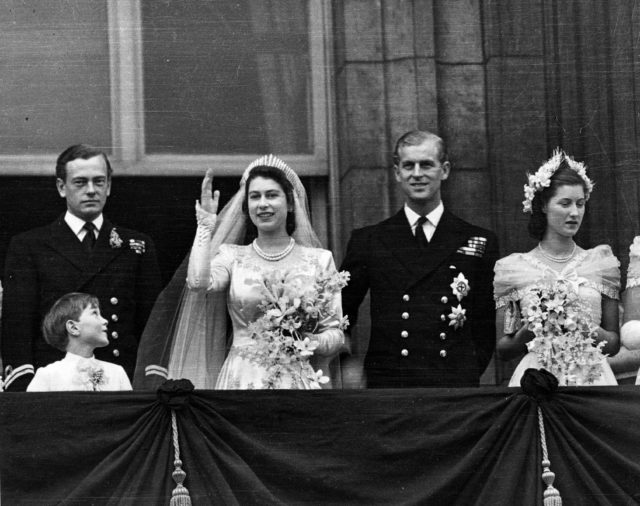 Princess Elizabeth and the Duke of Edinburgh on the balcony of Buckingham Palace waving to the crowd shortly after their wedding at Westminster Abbey. (Photo Credit: Central Press / Getty Images)

As one might expect, the Queen had quite an extensive collection of necklaces, ranging from single pearl strands up to some with six. However, she wore the three-strand style most often.

Pearls are still in fashion with younger people 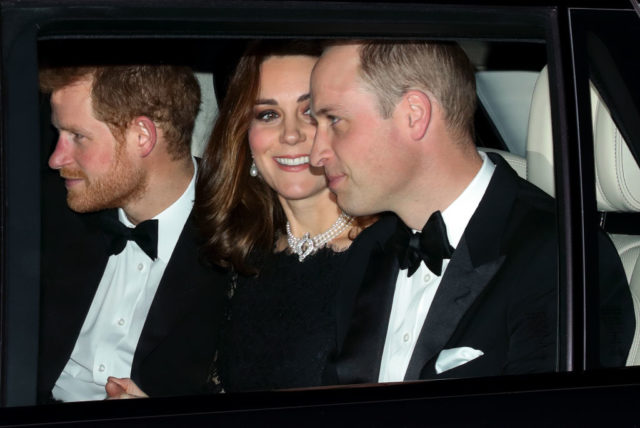 Claudia Bradby, a UK jeweler, says pearls are still fashionable, even to younger generations. “Pearls are associated with those very big moments,” she explained to PEOPLE. “We sell a lot to brides, mother of the brides, significant birthdays, wedding anniversary gifts — if you want to look chic and well-turned-out, pearls are just perfect.”

The younger royals are continuing the tradition, and Bradby thinks this has added to pearls’ near-universal charm. “I think Kate has definitely made pearls more stylish — you mustn’t ever underestimate the appeal of modern classics,” she said.