Murder and Arson: The Dark and Deadly History of Chippendales

Chippendales is a world-renowned dance troupe known for its muscular performers clad only in a shirt collar and cuffs, a bowtie and pants. Their male striptease performances have occurred across the world, drawing audiences in every country they visit. While a seemingly light-hearted act, Chippendales actually has a dark history, filled with murder and arson.

Chippendales is the brainchild of India-born Somen “Steve” Banerjee and attorney Bruce Nahin. Banerjee was an immigrant to America, starting out as a janitor before working his way up to owning several Mobil gas stations in the Los Angeles area. 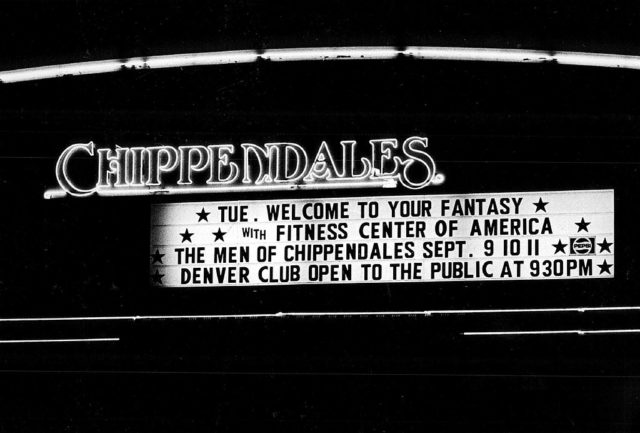 In 1975, he purchased a failing bar, Destiny II. Hopeful he could make it a success, he tested out a host of activities, including mud wrestling, dinner theater and backgammon. Unfortunately, these didn’t bring in the business Banerjee had hoped. That’s when Playboy Playmate Dorothy Stratten and her husband, Paul Snider, suggested the idea of introducing male strippers dressed in only bow ties and cuffs.

While Stratten and Snider met with a tragic end in a murder-suicide in 1980, Banerjee’s bar became a success. He renamed it “Chippendales” and began hosting exotic dance nights geared toward women.

Success leads to jealousy and ill-feelings

In the 1980s, Banerjee brought on Nick De Noia, an Emmy Award-winning children’s television producer, to turn Chippendales into a larger-than-life act. He suggested a New York City version of the show and launching a touring act. Banerjee agreed and signed a deal, but reportedly didn’t understand that it afforded De Noia half the touring show’s revenue. 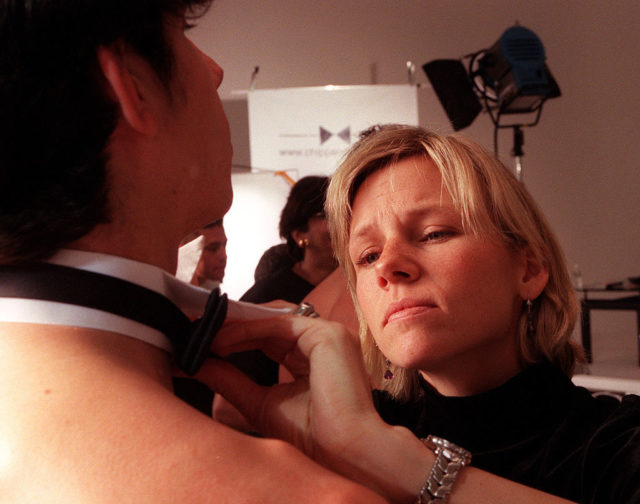 Over the next four years, Chippendales brought in millions of dollars. De Noia fast became the face of the company, making numerous media appearances. This made Banerjee not only jealous, but distrustful that De Noia was paying him his full share of the profits. This prompted him to launch his own touring Chippendales group.

Banerjee also faced other financial issues. Not only had he not paid his back taxes, he was fighting a lawsuit from De Noia regarding his new touring group. He also was out $70,000 following a Chippendales calendar error.

The murder of Nick De Noia

Similar nightclubs and stage acts soon popped up across the country. Worried about the potential damage to Chippendales, Banerjee attempted to burn down his competitors, including the Red Onion Restaurant in Marina Del Rey and Moody’s Disco in Santa Monica. Both attempts were unsuccessful and the establishments only suffered minor damage. 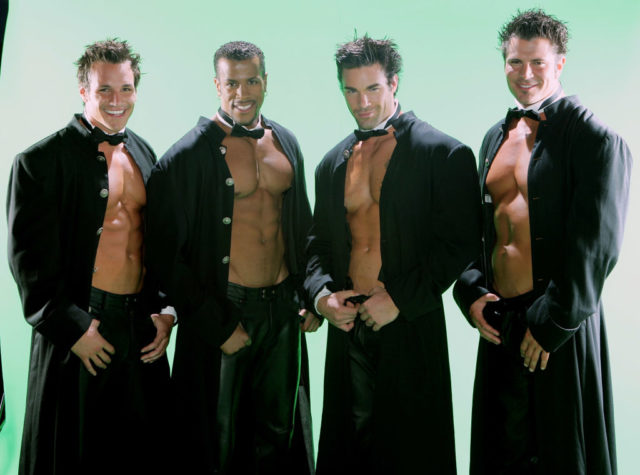 Banerjee escalated to murder in 1987, hiring his friend, Ray Colon, to kill De Noia. Colon hired another man, Gilberto Rivera Lopez, to commit the crime. On April 7, 1987, the pair traveled from Los Angeles to New York City and went to De Noia’s office, where Rivera Lopez shot him in the face. They fled before police arrived on the scene.

The investigation into De Noia’s murder soon went cold. A year later, his family sold his share of Chippendales back to Banerjee for $1.3 million – 10 times less than what it was worth. 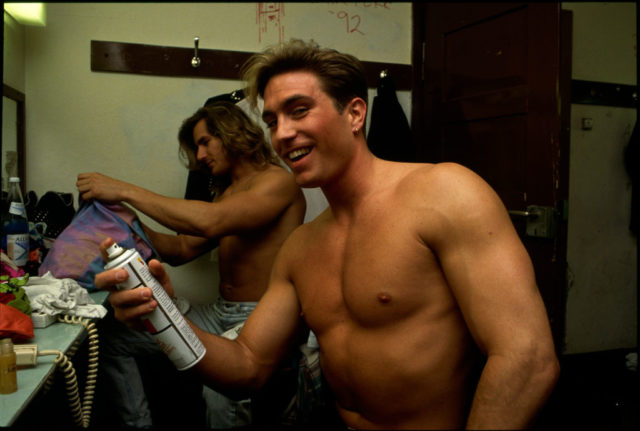 Next on Banerjee’s list was Nahin, for no other reason other than he wanted complete control of the company. Fate appeared to be on Nahin’s side, however, as an illness in the family prevented him from traveling to New York City, subsequently saving his life.

Ray Colon is arrested for murder-for-hire

Along with De Noia’s murder and his plan for Nahin, Banerjee also plotted to kill members of a rival male-stripping group, Adonis. His targets were the group’s choreographer and dancer (and former Chippendales performer) Read Scot. 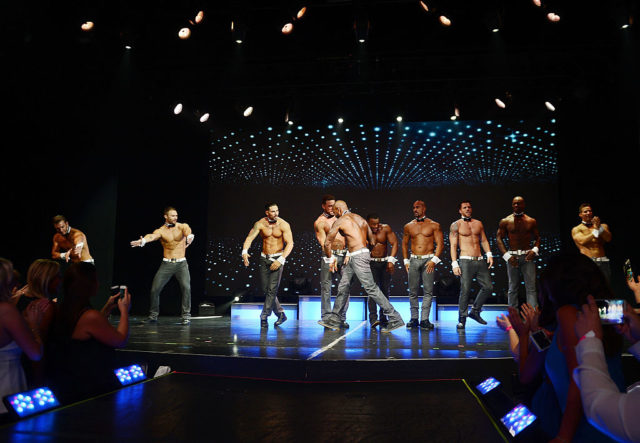 He had Colon hire another hitman, this time a former DEA informant known as “Strawberry,” who was given an eyedropper filled with cyanide. However, Strawberry got cold feet and contacted an agent he’d previously worked with, leading the FBI to raid Colon’s house and uncover 46 grams of cyanide – enough to kill 230 people.

He was arrested for conspiracy and murder-for-hire. At that time, Rivera Lopez was already incarcerated for an unrelated crime.

The FBI launches its investigation into Banerjee

After sitting in jail for seven months, Colon told the FBI he’d cooperate with its investigation. A sting operation was set up to secretly record Banerjee admitting to his crimes. Colon was released from prison under the guise of needing treatment for a terminal kidney issue, allowing him to serve as an undercover informant. 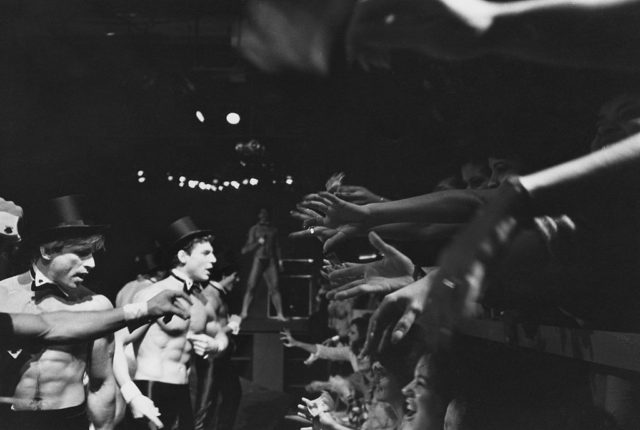 On June 23, 1992, Colon called Banerjee and asked to meet at an I-HOP restaurant in Santa Monica. Banerjee agreed, but was suspicious as to why Colon had been released from prison. This caused him to be extra careful and he directed his co-conspirator to the bathroom, so they wouldn’t be overheard.

The plan had been to record Banerjee’s confession with a recorder hidden in Colon’s underwear. However, Banerjee refused to speak and wrote his answers on Post-It notes, after which he ripped them up and flushed them down the toilet. 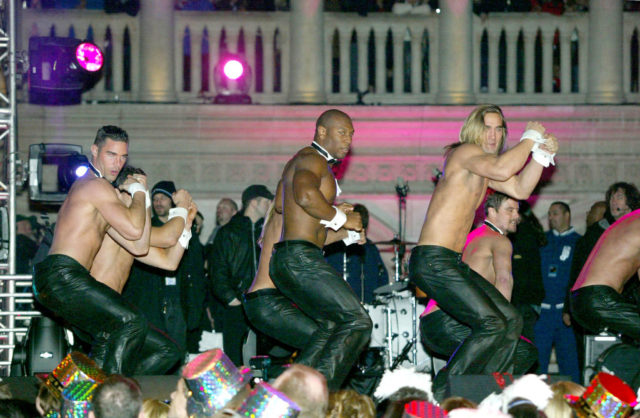 A new plan was devised, in which Colon pretended to be a fugitive on the run in Europe. He called Banerjee and the pair met at a hotel in Zurich, Switzerland. What Banerjee didn’t know was that, in the next room, the FBI was listening to and recording their conversation.

Banerjee asked Colon if the FBI had mentioned anything about De Noia’s death and if they were aware he’d given him $500 to purchase the guns used in the murder. That was enough for investigators to get a warrant for the Chippendales founder’s arrest.

Banerjee was arrested at his Los Angeles office in September 1993 and charged with attempted arson, racketeering and murder-for-hire. He pleaded guilty to the charges against him and transferred all of his possessions to his wife, who divorced him and sold Chippendales.

In 1994, a day before he was to be sentenced, Banerjee was found deceased in his prison cell. He’d hung himself with a bedsheet. 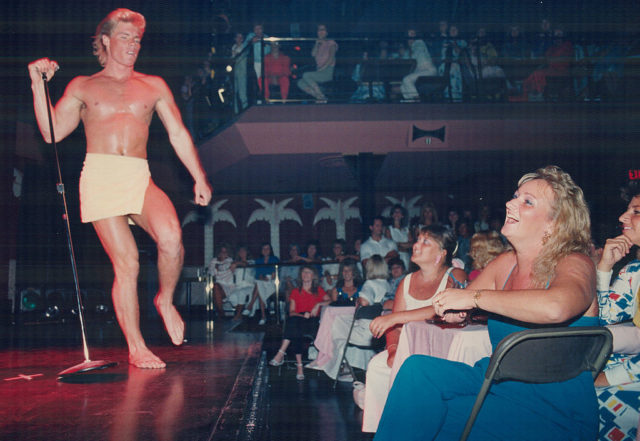 More from us: Studio 54 – Where Celebrities Came to Indulge Their Wildest Fantasies

For his involvement in De Noia’s murder, Rivera Lopez was convicted of second-degree murder and sentenced to 25 years-to-life in prison. Colon pleaded guilty to conspiracy and murder-for-hire. For his cooperation in the investigation, he was given a reduced sentence. Following Banerjee’s death, he only served an additional two years in federal prison and on house arrest.

« Fact vs Fiction: 6 Common Misconceptions About Marilyn Monroe
Bill Nye The Science Guy Came From Bill Nye The Stand Up Guy… Here’s How He Did It »