Bill Nye the Science Guy may be aging and dressed like a school teacher. But it hasn’t stopped him entertaining generations of viewers, from public access TV to Netflix.

Nye is always a blast – sometimes literally – and makes science fun. Though did you know he actually started out as a comedian? This was far more than an experiment for the belly laugh-inducing scientist.

Where did Bill Nye perform his comedy?

1986 saw Nye joining the cast of Almost Live! Produced by KING-TV, it had already been running for a couple of years.

Initially a Sunday evening show, it reportedly styled itself after the likes of David Letterman with chat and sketches. At one point it stunned citizens with an April Fools’ gag claiming the Space Needle fell over. 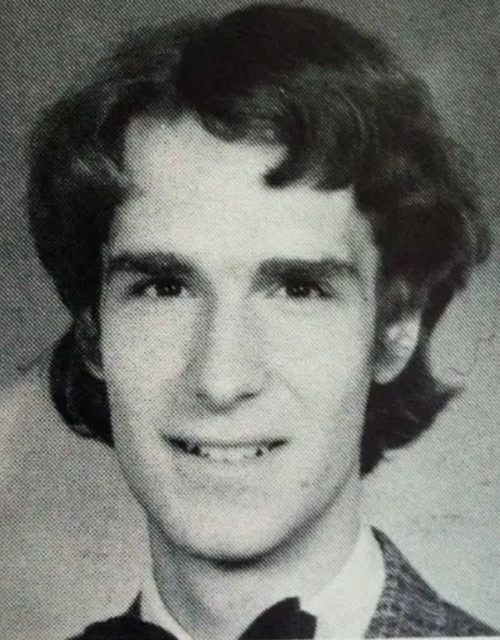 When Nye arrived, his contribution took the form of… yes, science experiments. It was the beginning of a long career in front of the camera.

However, it wasn’t his first foray into comedy. Back then, comedy club audiences in Seattle may have seen Nye try his hand at live laughs. As he tells the Seattle Met for their look back at the series: “I started doing standup after winning the Steve Martin look-alike contest in 1978.”

Of course, he was always science-focused

Before landing on TV, Nye worked for Boeing as a mechanical engineer. There’s a part on their 747 called a hydraulic resonance suppressor. Sounds technical but all you need to hear right now is that Bill Nye invented it.

He then traded science for showbiz… or at least put the showbiz into science. Nye also drew some attention by calling a radio host to correct his pronunciation of “gigawatts” during a chat about Back To The Future.

“Bill the Science Guy” reportedly came from his volunteer job at the Pacific Science Center. The official title was “Science Explainer.” This role was a natural fit when it came to working out what he’d do on Almost Live! 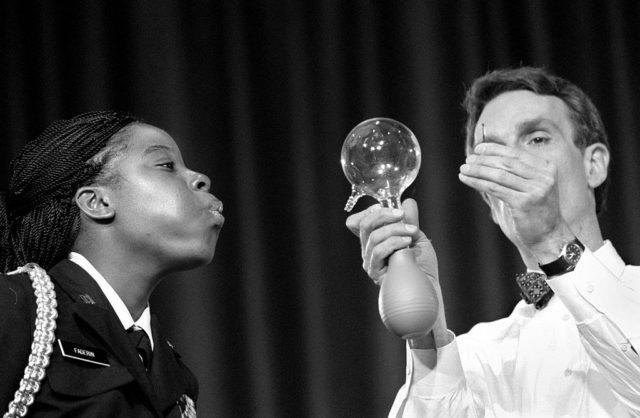 The students at Springbrook High were entertained by Bill Nye, the science guy. Here Nye uses a globe to demonstrated aerodynamics by having student Debbie Faderin, a member of Junior ROTC, blow out a candle on the other side of the globe (Photo Credit: Susan Biddle/The The Washington Post via Getty Images)

His first Science Guy sketch was “The Household Uses of Liquid Nitrogen” in 1987, as recalled during an interview with the Television Academy.

Nye stayed on the team until 1991, taking the Science Guy and his wacky world with him.

From KING-TV, Nye moved to KCTS and the name-making show Bill Nye the Science Guy. Airing between 1993 – 98. It bagged multiple Emmys and put Nye on the map.

In the early 1990s, he went from commenting on Back To The Future to appearing in it. Nye filmed sequences with Doc Brown (Christopher Lloyd), not in the movies but as part of Back to the Future: The Animated Series.

The crime series Numb3rs (2005-10) took inspiration from Nye, casting him as a recurring character. Other shows he’s appeared in include Blindspot and The Big Bang Theory. Nye is also no stranger to the likes of Dancing With The Stars and The Masked Singer. 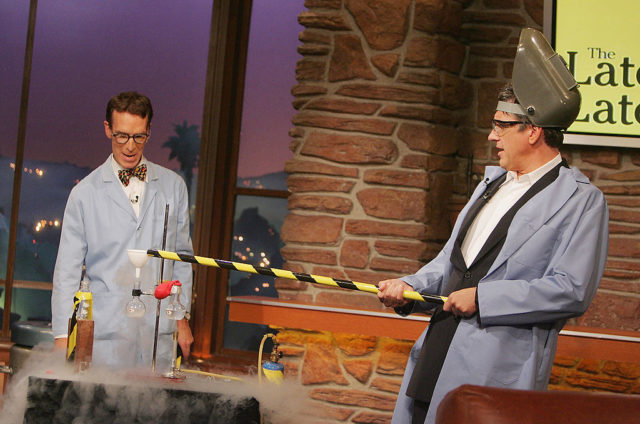 His serious scientific work continued, with Nye working on the MarsDial element for NASA’s Rover missions. He served as Vice President for the Planetary Society in the Noughties.

What happened to other cast members from Almost Live!…?

Bill Nye cut his comedy teeth on Almost Live! Yet he wasn’t the only rising star among the ranks.

As noted by the Seattle Met, Lauren Weedman (Looking) appeared on the show, with writer Bob Nelson on script duties. His 2013 screenplay for Nebraska was Oscar-nominated. 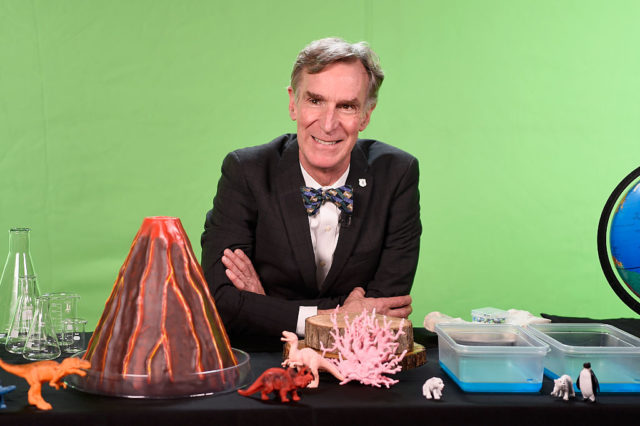 More from us: Hilarious and Head-Scratching Facts About Steve Martin

Joel McHale is arguably the most recognizable face from Almost Live! He went on to star in Community (2009 -15).

They wouldn’t be where they are without the show. That said, Bill Nye was a standout for many. His antics during those heady days made an impact and established the persona everyone loves today.

« Murder and Arson: The Dark and Deadly History of Chippendales
Captain Cook’s HMS Endeavour Found Off the Coast of Rhode Island »