Crispin Glover is one of the most recognizable faces in movies. Which is what makes this story all the more interesting. Not all problems in Hollywood have been solved by CGI. Back in the late Eighties practical rather than virtual solutions were found to major issues. The loss of an actor for example.

Whereas today the absence – or even death – of a star can be addressed with a good software program, it wasn’t that way with Back To The Future II. The first movie, where Marty McFly (Michael J. Fox) romped through his own family timeline with Doc Brown (Christopher Lloyd) in tow, proved a box office smash.

For the 1989 follow up, director Robert Zemeckis had an ambitious plan which was split across 2 parts. The major players were all back in their roles. There was just one little snag – Crispin Glover decided not to come back for the ride as Dad George McFly. 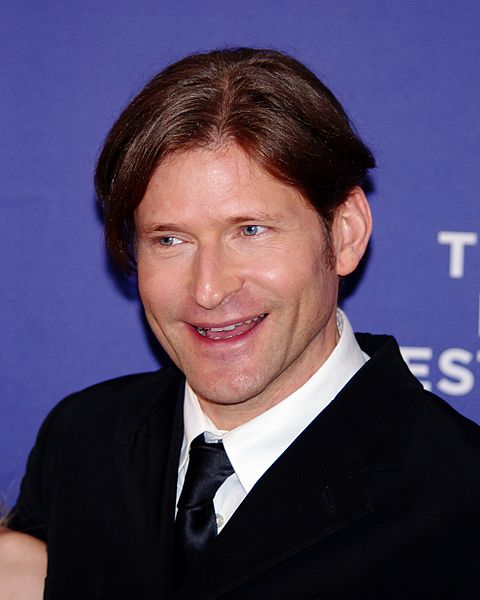 Why? The unconventional character actor didn’t like the direction things went in first time round. Speaking to Sirius XM in 2013, he revealed “I said to Robert Zemeckis I thought it was not a good idea for our characters to have a monetary reward, because it basically makes the moral of the movie that money equals happiness… the love should be the reward.”

This appears to be in reference to the ending, where the principals are happy and financially successful as a result of Marty’s temporal tinkering. The morality of it seemed fine with Zemeckis, who according to reports found Glover challenging thanks to his penchant for improvisation. Exploring the themes on top was maybe a step too far. Glover stated that Zemeckis was angry. 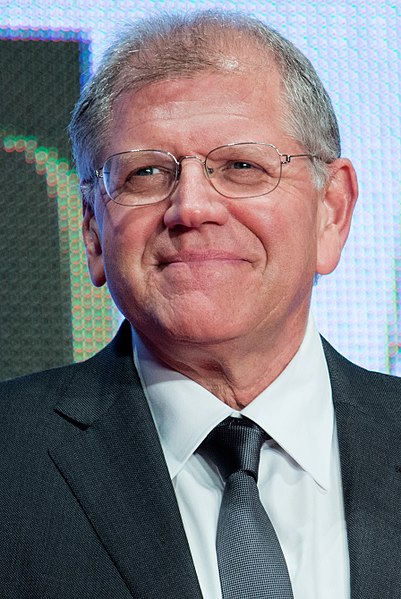 Glover too was displeased, due to his not being paid the same amount as his co-stars. So when the sequel rolled around, McFly Sr received a makeover. Jeffrey Weissman was chosen to play the role, yet his predecessor’s presence loomed large on set. Weissman was disguised with prosthetics so he would look like Glover.

In a 2016 interview for the Retro Lady Land blog, Weissman said, “One of the first people I met on set was Michael J Fox, and he looked at me in the young George McFly make up and said ‘Crispin ain’t going to like this.’” He got along okay with Fox, but reportedly screen wife Lea Thompson was loyal to Glover and kept her distance. 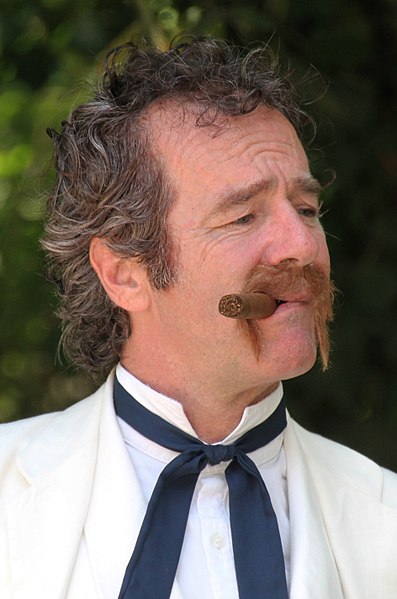 Jeffrey Weissman as Mark Twain at Living in 2015. Photo by Sarah Stierch (CC BY 4.0)

To Weissman’s unease fellow actors would call him “Crispin”. One day producer Steven Spielberg assumed he was Glover and congratulated him, saying “I see you got your million dollars!” The make up certainly was impressive for the time. Modern audiences accustomed to smooth and adaptable CGI are less impressed.

“Once you know the same actor is not playing the role, it becomes easy to notice the tricks,” writes Ranker. “One of the movie’s most prominent scenes with old-man George has him suspended upside down the entire time. That helped obscure the fact that it’s not Glover on screen.”

Meanwhile the real deal was working elsewhere, in the dark about the bombshell Universal were about to drop. The studio and production team hadn’t told him his features would be recreated. When Glover found out, things got legal.

He filed a $1 million dollar lawsuit against Universal and partners for using his likeness. Universal tried to get the case thrown out. They argued it was George McFly who was onscreen, not Crispin Glover. “By making Weissman look like Glover,” Ranker notes, “the filmmakers were merely trying to… provide the audience with visual continuity in regard to the character, as opposed to engaging in a sort of identity theft.” Eventually the matter was settled out of court for $760,000.

Back To The Future had inadvertently impacted on the industry’s future. Glover’s action had far-reaching consequences, and Hollywood was going to have to be careful whose face they borrowed from there on in. The Screen Actors Guild began addressing the “right of publicity”, or the ability of a performer to own their physical appearance.

Related Article: Back to the Future – The First Time Machine was a Refrigerator, not a Delorean

As for Weissman, he claimed to be unpopular with both Glover and Universal after the dust settled. Ironically the role of Marty’s girlfriend Jennifer was recast with Elizabeth Shue but with no prosthetics. Glover went on record saying if they’d simply hired another actor as George, none of the legal wrangling would have happened.

Of course if they had, actors wouldn’t have benefited from Glover’s landmark case!