Back to the Future – The First Time Machine was a Refrigerator, not a Delorean

As one of the defining movie franchises of the 1980s, Back To The Future is fondly remembered by a generation. So much so that its iconic time travelling car, the DeLorean DMC-12, featured recently in Ready Player One, Steven Spielberg’s pop culture-fueled sci-fi spectacular.

Together with career-boosting turns from Michael J. Fox as Marty McFly and Christopher Lloyd as “Doc” Brown, it took the high concept movie to new heights, and spawned throwaway concepts that are talked about to this day. 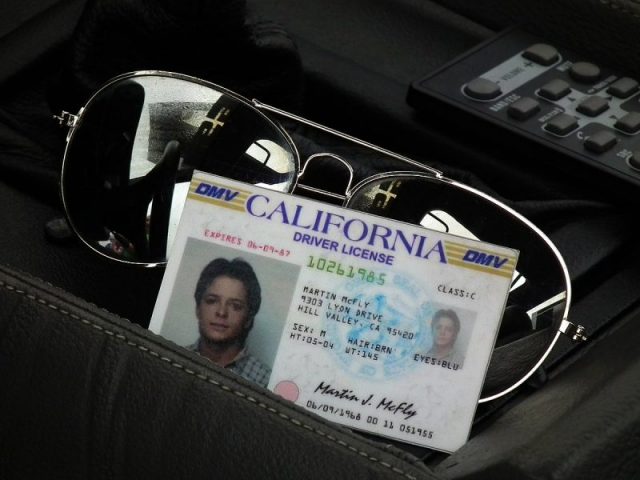 Back To The Future Part II featured the hoverboard and infamous movie tribute Jaws 19, while Part III received a tribute via Seth MacFarlane when he brought Lloyd in for a cameo in A Million Ways To Die In The West. 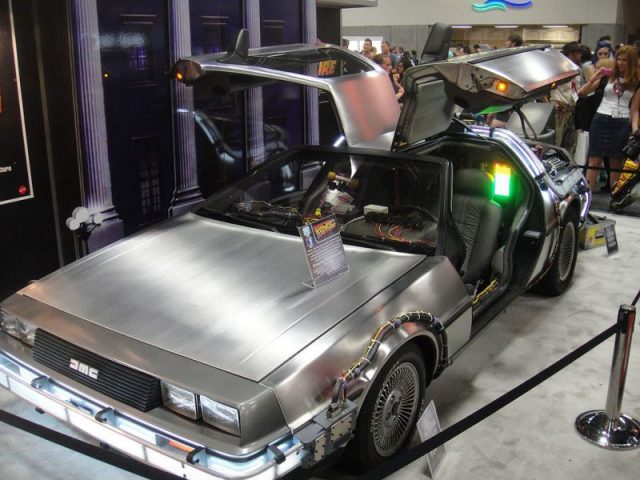 Back to the Future Delorean (Mattel booth). Photo by The Community – Pop Culture Geek CC BY 2.0

Yet Marty’s adventures could have taken a very different turn had the original story been stuck to. The first film had been developed over several years, with the tricky subject of time travel leading writers Robert Zemeckis (who also directed) and Bob Gale to consider different options for their young, decade-hopping hero. 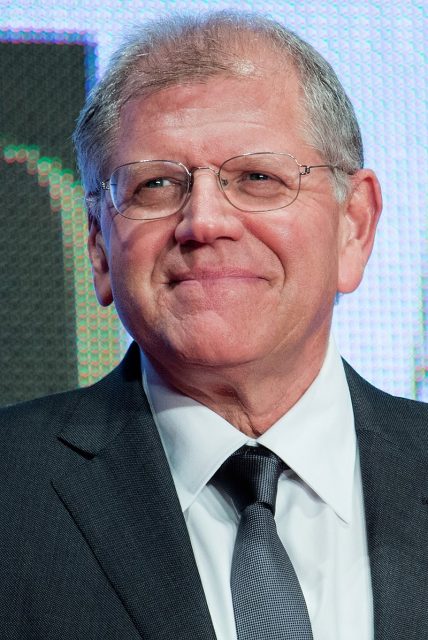 There’s something so perfect about the DeLorean that it seems unthinkable anything else would have been on the table. However, as The Huffington Post reported in 2015, the initial idea was a little less mobile. In fact it could be described as cool, but not in a good way.

The first draft “set the story in 1982… the journey would have taken young Marty McFly to 1952. Originally, the time travel device was a beam of sorts which was powered by plutonium (and Coca-Cola) that effectively ‘zapped’ Marty back in time.” 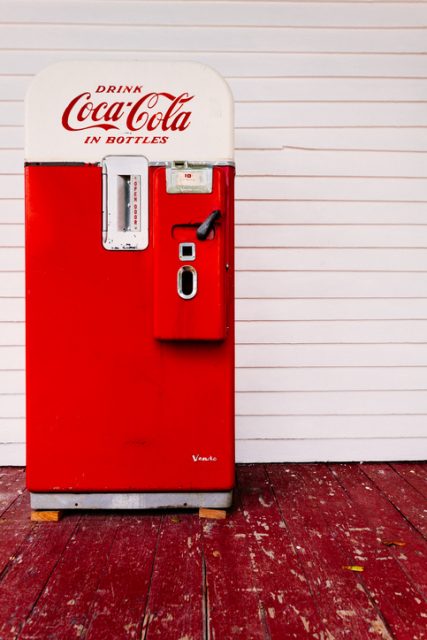 Plutonium and Coca-Cola doesn’t sound like the wisest of combinations but clearly the writers thought they were onto something. ‘52 was also a significant year in the calendar of American nuclear activity, as it “happened to have the last above ground atomic bomb detonation in the United States in Atkins, Nevada (something helpfully referenced in Marty’s history class earlier in the film).”

Now if the idea of a time jump powered by nuclear physics and a well-known soft drink sounds a little out there, how about the mode of transportation itself? Zemeckis and Gale were thinking less in terms of a vehicle. They applied the concept to… an appliance. 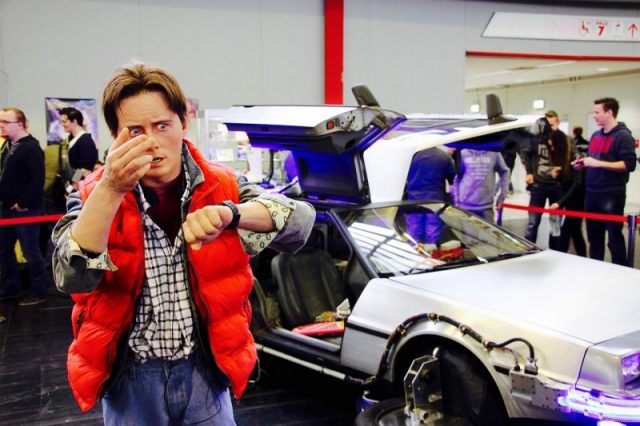 Back In The Future Marty Mcfly at Comic Con.

Marty McFly’s teeth would have been chattering, because he was due to shut himself inside a refrigerator for the jaunt through history. The atomic test came into play for the return trip. Instead of a clock tower hit by lightning, “the 1952 version of Emmett Brown… rigged up a special lead-lined refrigerator with the device attached to it so that Marty could ride out the atomic detonation inside the refrigerator while the blast would trigger the time travel device.” 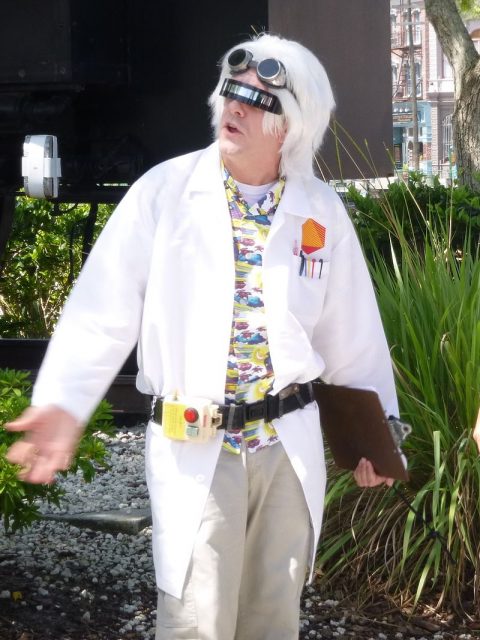 Emmett Brown from Back to the Future. Universal Studios Florida. Photo by Eliedion CC BY-SA 4.0

It didn’t take a man of Emmett Brown’s genius to work out fridges and teenagers were not a good mix. Fearing youngsters might lock themselves in and suffocate, the element was dropped and audiences wound up with the classic image of heartthrob and hot wheels. 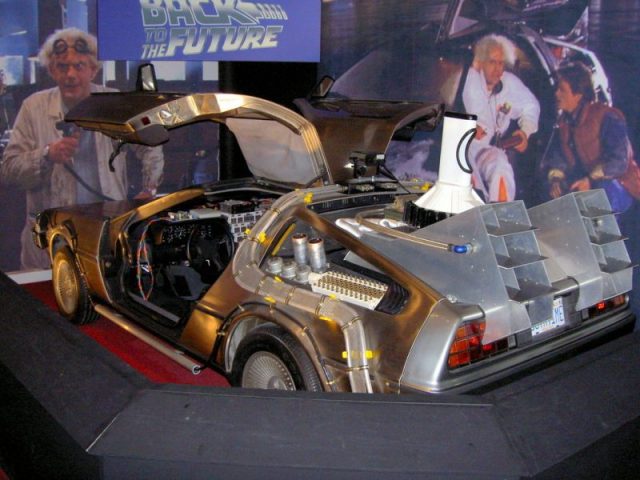 Many years later the bizarre idea was revived for another big screen American adventurer, this time Indiana Jones. Spielberg’s Amblin Entertainment had produced Back To The Future and the chilling plot device had clearly struck a chord with the legendary director. 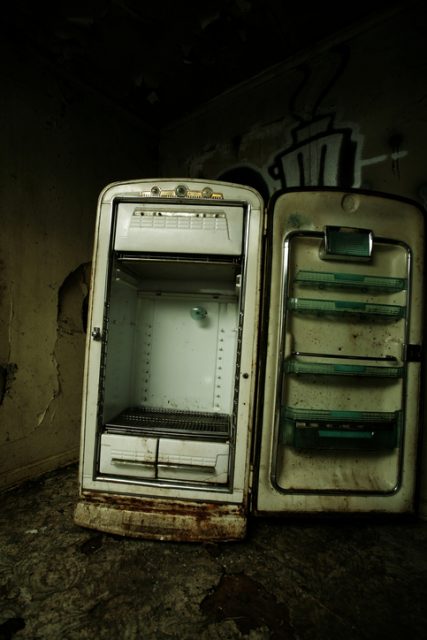 Robert Zemeckis was afraid that kids would imitate the film and get trapped in refrigerators.

For Indiana Jones and the Kingdom of the Crystal Skull, Harrison Ford’s Indy managed to astonish viewers by hiding in a refrigerator to protect himself from a nuclear blast, rather than travel through time in its wake. Pretty far-fetched stuff, but nothing compared to what Dr. Brown had in mind.

Read another story from us: Olivia de Havilland turns 102! What is the ‘Gone With the Wind’ star doing now?

It was only fitting that Back To The Future’s legacy came full circle to be part of Ready Player One and its VR Eighties-scape. Though if they’d pressed ahead with the initial storyline, there might well have been a fridge flying around with Donkey Kong and Chucky instead of a DeLorean.