Steve Martin, John Candy And A Whole Lot Of Trouble! Facts About ‘Planes, Trains And Automobiles’

Steve Martin and John Candy’s big-screen adventure Planes, Trains and Automobiles is over 30 years old and fondly remembered by both audiences and critics.

Martin played exec Neal, with Candy as salesman – and unexpected travel partner – Del. All Neal wants to do is get home for Thanksgiving. As he learns the hard way, this is easier said than done.

Written and directed by John Hughes, the movie features some classic moments (“Those aren’t pillows!” anyone?) and remains a holiday favorite. Was the film fun to make, or did it prove to be as chaotic as the action onscreen? 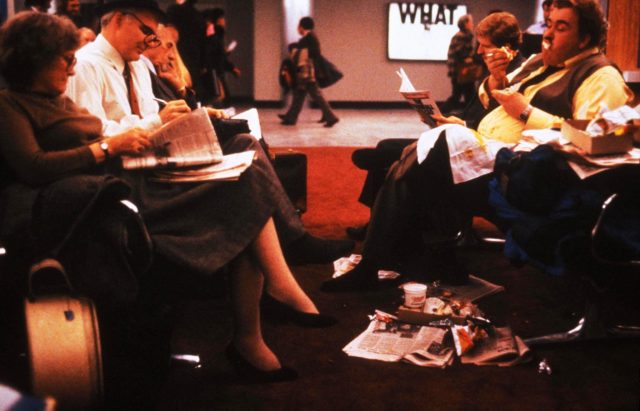 Writers are often advised to write about what they know. Which is exactly what Hughes did when thinking up his screenplay.

Martin’s frustration mirrored the director’s own. He had his own snow-laden nightmare back in his former role as an ad exec. Neal and Del spent three days getting from New York to Chicago. Hughes’ much-delayed trip home took an epic five days!

Moviefone describes how he was “moaning over pay phones to the folks back home about his lack of a clean shirt.” 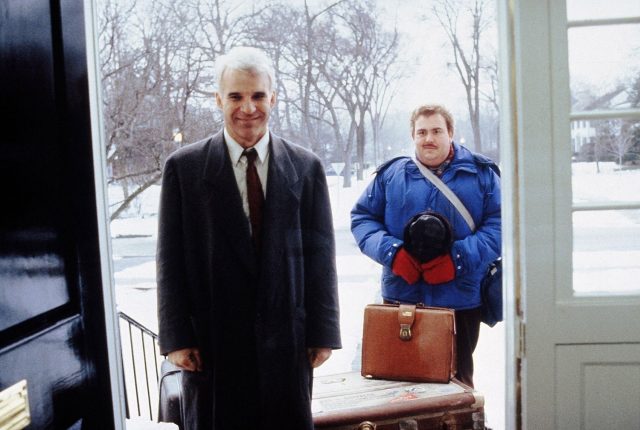 While Planes, Trains and Automobiles is a good-natured romp featuring a classic odd-couple relationship, it isn’t one for the kids.

John Hughes directed his fair share of family movies but don’t let this fool you. Some choice language (in one particularly memorable scene) led to the comedy receiving an R rating. 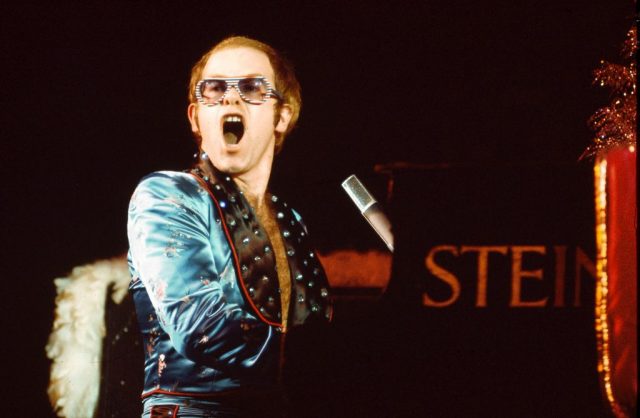 Martin and Candy could have done with a rocket to get where they were going. Luckily the Rocketman himself, Elton John, was on hand to supply a theme song.

Working with Gary Osborne (who co-wrote classics such as “Blue Eyes”), Elton was all set to send the end product on a journey to Paramount Pictures. Unfortunately the studio derailed the move. They wanted total ownership of the track. The songwriting legend thought differently.

Curious about what Elton John’s Planes, Trains and Automobiles song would have sounded like? So is Ryan Reynolds. He’s been pushing for an official release. 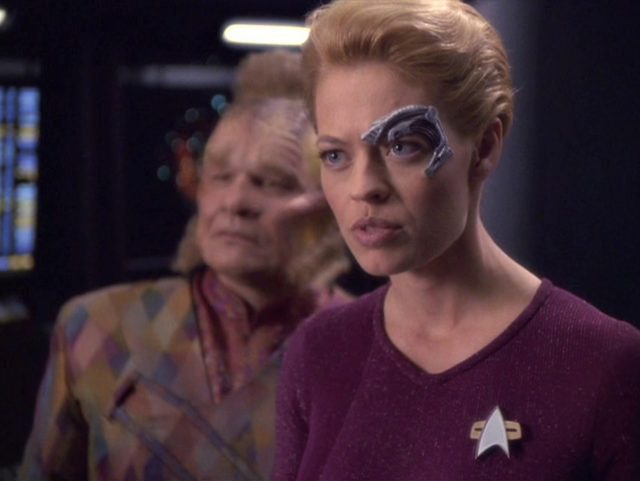 Speaking of Paramount, Jeri Ryan is a well-known face from the mega franchise Star Trek. Before she became Seven of Nine, she featured in Planes, Trains and Automobiles.

Sadly, she was replaced, though Martin and Candy might be partially to blame. Ryan kept cracking up at their on-camera antics. Because she couldn’t hold it together, she lost the gig.

The trip was longer than anticipated 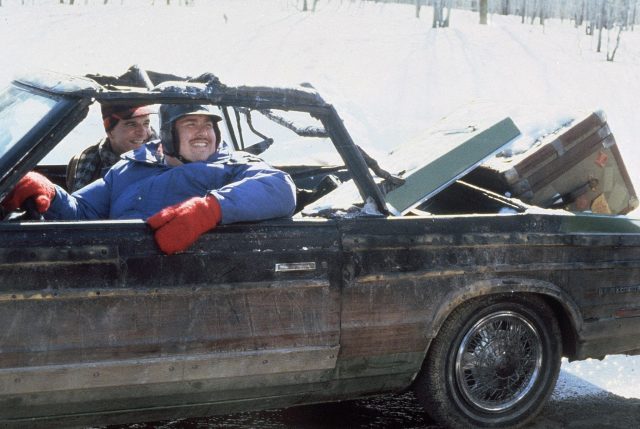 Hughes’ 145-page screenplay didn’t zip along, according to Steve Martin. The “wild and crazy guy” wasn’t wild about the width.

Martin “later claimed that the first cut of Planes, Trains and Automobiles was four and a half hours long” writes Mental Floss. The final film was an hour and a half!

The script reportedly took Hughes three days to write… the exact time that Neal and Del spent on their incredible journey.

Martin and Candy came in later 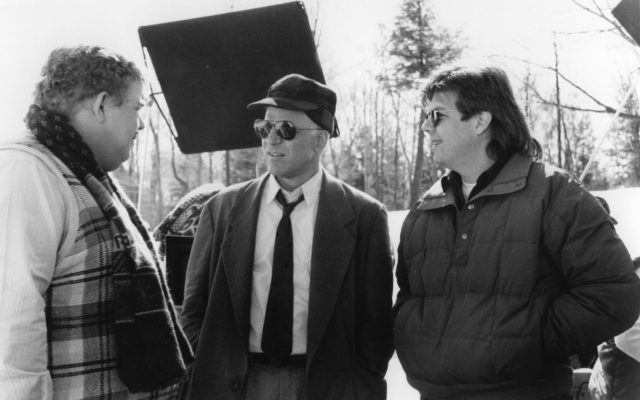 Steve Martin and John Candy made the perfect mismatch for Planes, Trains and Automobiles. Amazingly, though, they weren’t the director’s first choice. Had things worked out as planned, Tom Hanks and John Travolta would have played Neal and Del, respectively.

Why didn’t it happen? Hanks was in the middle of a little movie called Big (where he replaced Robert De Niro). As for the man with Saturday Night Fever, AMC writes: “the production company didn’t want to give the role to Travolta, whose star had fallen after appearing in a series of movie flops.” 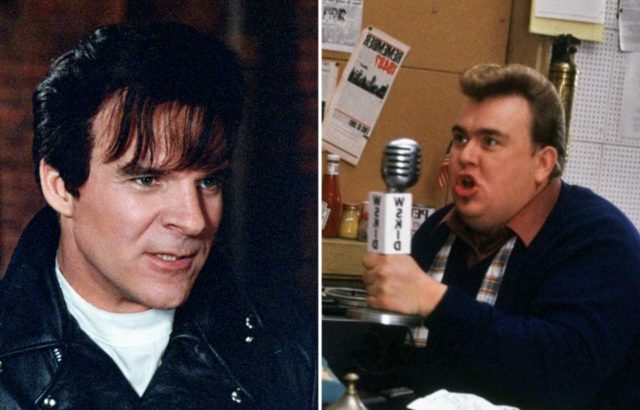 Planes, Trains and Automobiles wasn’t Steve Martin and John Candy’s first movie together. Both had supporting parts in 1986’s Little Shop Of Horrors, though their characters never met. Starring in the musical was Rick Moranis, who Hughes considered for the role of Neal.

Bill Murray played a cameo in Little Shop, two years after appearing in Ghostbusters with Moranis. Why mention this? Because Moranis took the role of Louis Tully after original pick John Candy dropped out. Hollywood is a smaller place than you think!

We may be seeing a remake soon, starring Will Smith and Kevin Hart. The news was announced in late 2020, though there haven’t been any updates since. 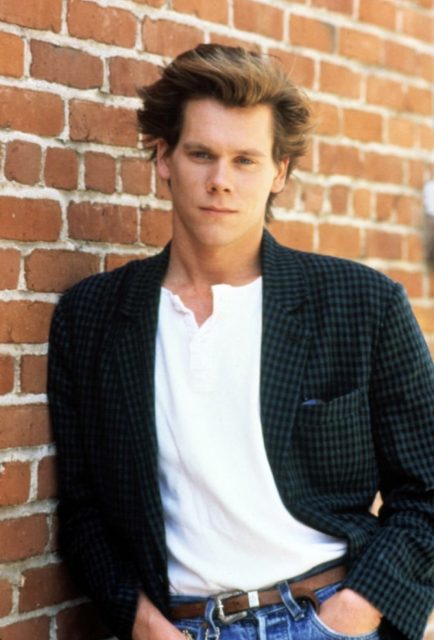 Forget Thanos. Ferris Bueller was a much more dangerous proposition in the so-called Hughes Cinematic Universe. The director is on record as saying that his films take place in the same area, and that some of his iconic characters from separate flicks know each other.

Making a cameo appearance in Planes, Trains and Automobiles is Kevin Bacon, who also starred in Hughes’ She’s Having A Baby the following year. Could this briefly-glimpsed taxi snatcher be Bacon’s Jake Briggs? Some seem to think so. After all, the Martin/Candy comedy did feature a sneak preview of She’s Having A Baby via a scene where Neil’s beloved Susan (Laila Robins) watches TV.

Improvisation was a big part of the journey 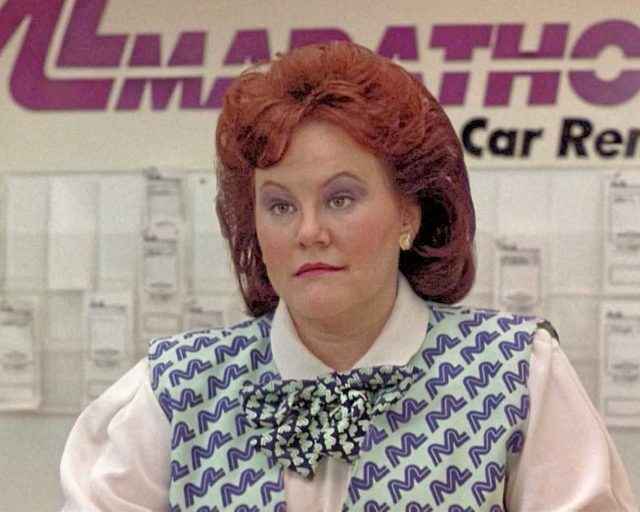 Neal letting the employee of a car rental firm have it is one of the movie’s stand out sequences. Behind the desk was Edie McClurg, who reportedly improvised her dialogue when talking on the phone in detail about Thanksgiving dinner.

Character actor Dylan Baker has played his fair share of icky characters – including motel manager’s son Owen, who Neal and Del encounter at one point.

Hughes provided a memorable off-the-cuff moment, asking Baker to spit in his palm when reaching out to shake hands. Martin looked appalled and this was just the reaction Hughes was hoping to get! 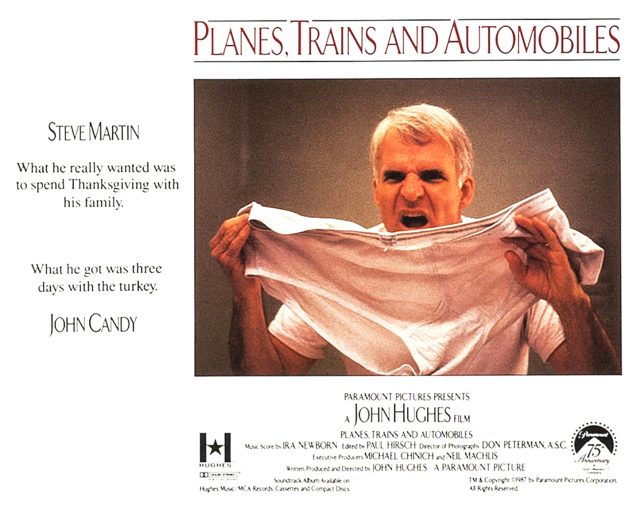 Neal follows Del at the film’s end. Originally, Del was going to stick to Neal all the way but the poignant decision was made to reverse the relationship.

Martin also gave a genuine reaction when Neal sat thinking about what Del meant to him. It wasn’t intentional. This was actually the actor mulling over his performance before Hughes shouted “Action!”. But Hughes loved the expression on Martin’s face, so it became part of the movie.

John Candy and Steve Martin behind the scenes 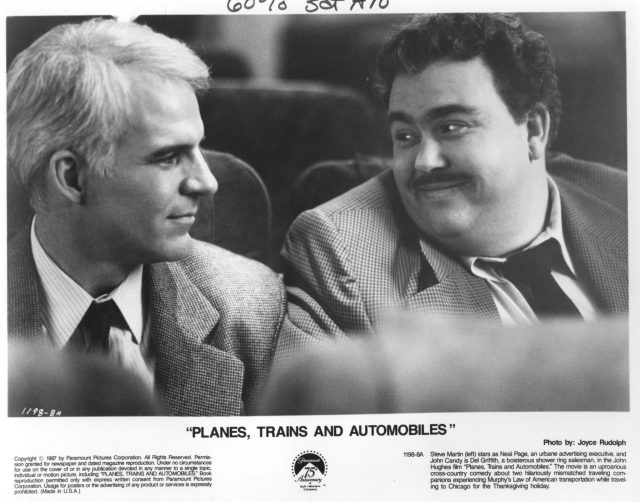 The big question… did the two leads hit it off during the shoot for Planes, Trains and Automobiles? They most definitely did!

Writing in his 2020 book Wild and Crazy Guys, Nick de Semlyen described how Candy often made Martin laugh between takes. However there were also touching moments, notably when Candy improvised dialogue regarding the death of Del’s wife.

The popular star passed away in 1994. “He was a brilliant actor” Martin is quoted as saying. “He was a very sweet guy, very sweet and complicated.”