Tom Hanks Is Full Of Surprises… Let’s Show You Why, With These Big Facts

Tom Hanks is one of the world’s most reliable and bankable stars. Does that mean he’s predictable? Absolutely not.

Let’s see what’s so surprising about this one-man institution.

Finch was a new kind of movie for Tom Hanks 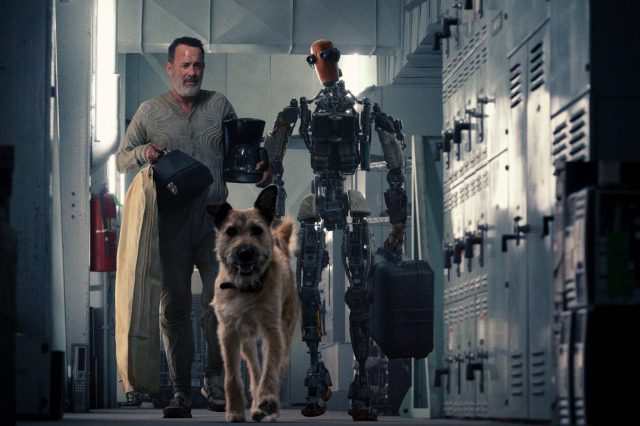 Hanks has made many types of films. But sci-fi seems to elude him! Finch was unusual, in that it was the first such production where he’s front and center. Playing apocalypse survivor Finch Weinberg, he must navigate the scorched earth with just a dog and a robot for company.

There was 2012’s Cloud Atlas, of course. However, this had Hanks as part of an ensemble cast, alongside Halle Berry, Jim Broadbent, and Susan Sarandon playing multiple roles. Hanks also produced the sci-fi adventure City of Ember (2008) but stayed offscreen.

He’s certainly no stranger to fantasy. Mazes and Monsters(1982) was his first starring role and he’s playing Geppetto in old friend Robert Zemeckis’ Pinocchio for Disney. 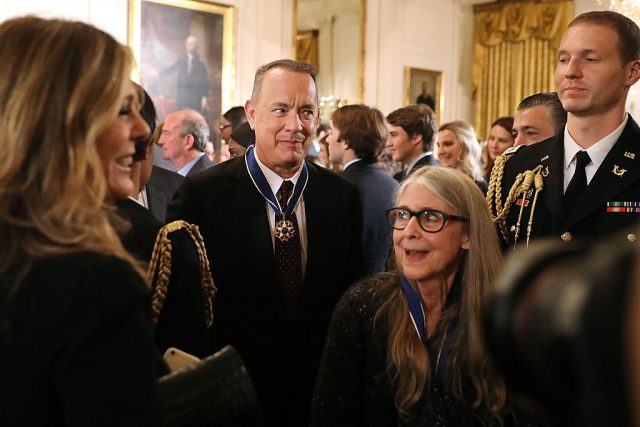 Apollo 13 (1995) sent Hanks and crew into space. This star has an enduring love affair with… well, stars! His ambitions to become an astronaut were realized, onscreen at least.

Continuing the cosmic fun, Hanks is on the Board of Governors at the National Space Society (NSS), as noted by How Stuff Works.

Hanks as a space authority? You betcha! The NSS website recalls Forbes’ listing of him as “the most trusted celebrity in America in 2006.” Who better to help navigate the space lanes?

He wasn’t the first choice for Forrest Gump 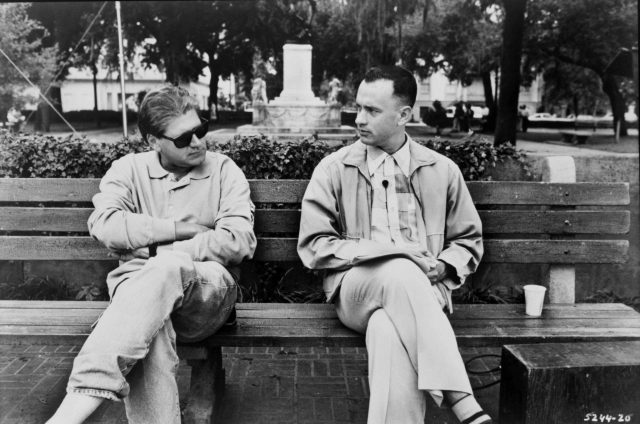 If things had worked out differently, Tom Hanks wouldn’t have been Forrest Gump. Truly a defining role, it bagged him an Oscar. It was awards fever for Hanks. Yet the first choice suffered from Saturday Night Fever.

John Travolta was originally approached for the part of Gump, created by author Winston Groom. It didn’t happen for the hot to trot actor, who was about to make a big career comeback the same year with Pulp Fiction (1994).

Speaking to MTV about the roles he didn’t take, Travolta said “I feel good about some I gave up because other careers were created.” Certainly true in Hanks’ case. Viewers never saw the comedy star the same way again.

Awkwardly, both were nominated for an Oscar. And we know how that turned out. Not that Travolta was complaining, thanks to his Tarantino-infused triumph. 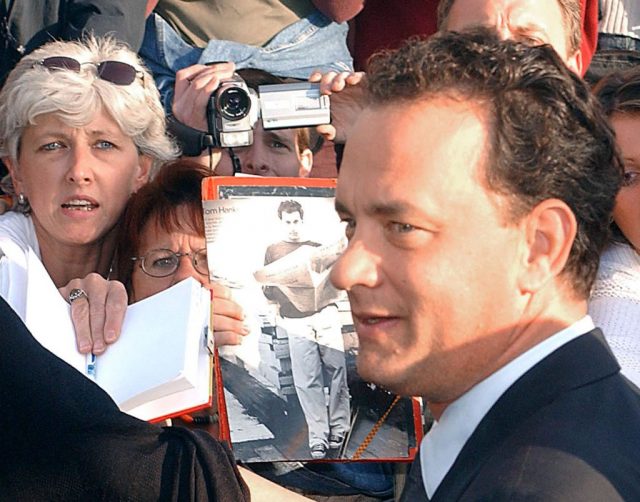 Save the date. April 1st is International Tom Hanks Day. Yes, really. Forget about pranking and foolishness and use this time to think about the man who brought us classics like Saving Private Ryan and Catch Me If You Can!

Kevin Turk is one of the people responsible for this annual celebration. Talking to Riot Fest, he described how it started as “one part coincidence and one part mass appeal.” In 2004, a group of students “stumbled across a Tom Hanks movie marathon on April Fool’s Day.” The idea of tributing Hanks stuck, and they began promoting it.

What began as light relief is now a coordinated worldwide event, with proceeds going to Hanks’ favored charities. 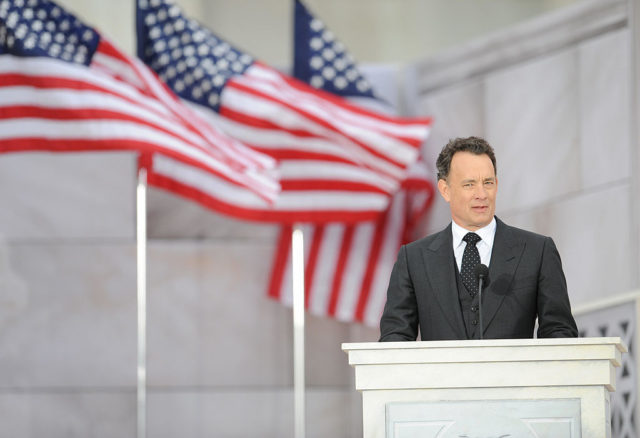 Tom Hanks reads a historical text at the ‘We Are One” concert (Photo Credit: MARK RALSTON/AFP via Getty Images)

You could say Hanks has a statesmanlike quality. So it’s maybe no surprise to learn he’s connected by blood to President Abraham Lincoln. Definitely eyebrow-raising though!

Mental Floss points out that he is Lincoln’s third cousin, four times removed. Honest Abe’s mother was one Nancy Hanks. Quoted by the Daily Mail, Tom Hanks said “the members of my branch of the family are either cousins or in-laws or poor relations.”

He didn’t feel worthy of the great man when reportedly in the running for Lincoln, directed by his frequent collaborator Steven Spielberg in 2012. Hanks passed, with Daniel Day-Lewis accepting the part and making it his own. 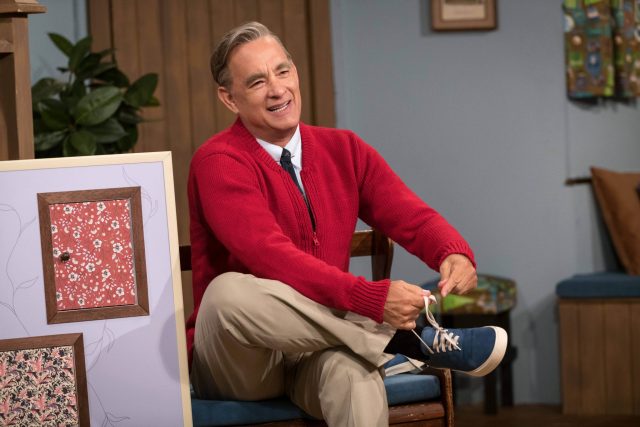 A Beautiful Day In The Neighborhood (2019) took audiences behind the scenes of the iconic kids’ show, hosted by Mr. Rogers. Hanks played Rogers. And if you think that’s unusual casting, then think again. Because they’re related!

Reported by CNN, Ancestry.com discovered that “the two are sixth cousins, and their common ancestor was Johannes Meffert. Their subsequent ancestors had the last name of Mefford.” Spookily, Hanks had already filmed the project when he was informed of the news. 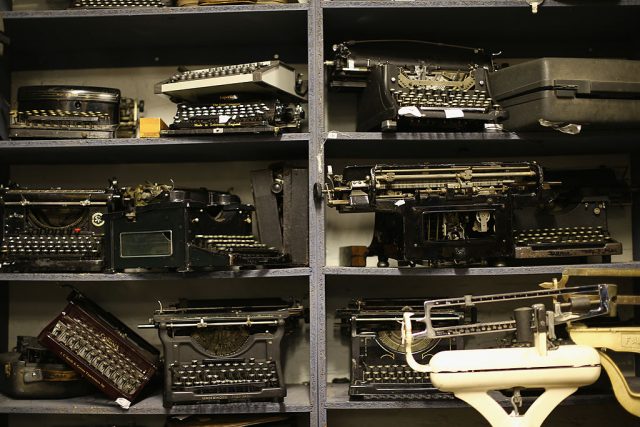 A peculiar fact about Hanks is his interest in old-school typewriters. For the enduring star, these machines hold the keys to happiness, so to speak.

His passion led him to obtain hundreds of typewriters. Documentary California Typewriter (2017) saw Hanks describe it as “a very specific apparatus that is meant to do one thing, and it does it perfectly.” 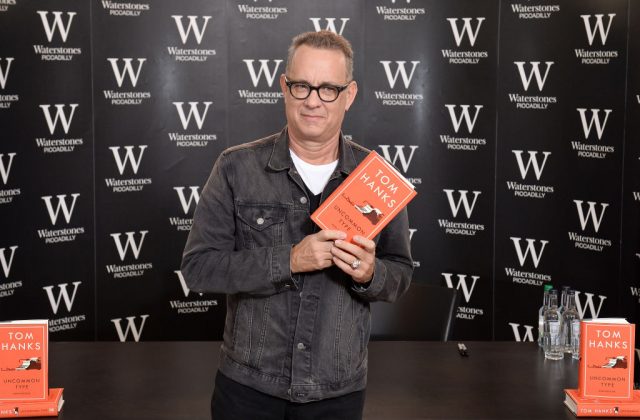 In 2017, Hanks released his first short story collection. And there was really only one machine he was going to focus on, right?

The typewriter-themed Uncommon Type received decent reviews. Should he decide to retire from the screen, it looks like Hanks has his next career phase all set. 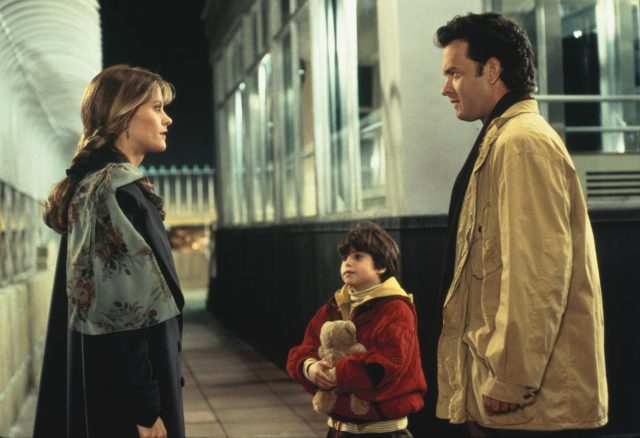 Fans of Hanks know him partly for his collaborations with Meg Ryan, In addition to Sleepless In Seattle (1993) and You’ve Got Mail (1998), there was the comedy romp Joe Versus the Volcano (1990). He also appeared in Ryan’s directorial debut Ithaca (2015).

Their relationship is heavenly. Which is probably why NASA named two asteroids after them. 12818 Tomhanks and 8353 Megryan are not only seven years apart, but “had a cosmic rendezvous when they made their closest approach to Earth in September 2011,” according to Mental Floss.

He converted to marry Rita Wilson 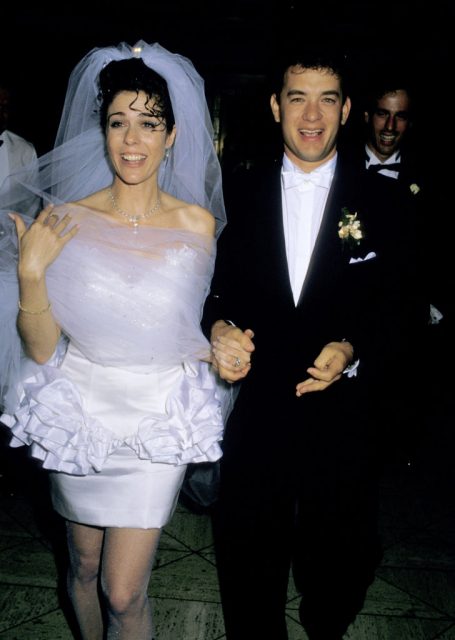 Tom Hanks’ second wife is fellow performer Rita Wilson. They’ve been hitched for over three decades. And, appropriately enough for a space enthusiast, Hanks went above and beyond for the relationship to work.

“I won’t deny that providence was part of us finding each other,” Hanks said in 2001 to Oprah, “but our relationship isn’t magic the way it’s shown in movies.”

More from us: Life is Like a Box of Chocolate: 20 Interesting Facts You May Not Know About Forrest Gump!

Though spiritual enlightenment also plays a part. Hanks converted to the Greek Orthodox Church, such was his dedication! How Stuff Works notes how he went on to produce the hit comedy My Big Fat Greek Wedding in 2002.