Actor Kurt Russell was on the set of Universal Studios filming a new western TV show on December 15, 1966. While filming a close-up, Russell recalled, the 15-year-old was informed that Walt Disney had died. Russell had become a favorite actor of Disney’s after his starring role in the 1966 film Follow Me, Boys! In fact, Disney saw to it himself that Russell was offered a 10-year contract with  The Walt Disney Company.

Just a month prior to his death, Walt Disney was diagnosed with lung cancer after doctors discovered a walnut-sized tumor on his lung. A life-long smoker, Disney preferred cigarettes without filters and also smoked from a pipe, contributing to his illness. After undergoing surgery and receiving radiation therapy, 65-year-old Walt Disney immediately went back to work designing the new Walt Disney World in Orlando, the futuristic EPCOT Center, and overseeing several Disney film and television productions like The Jungle Book. 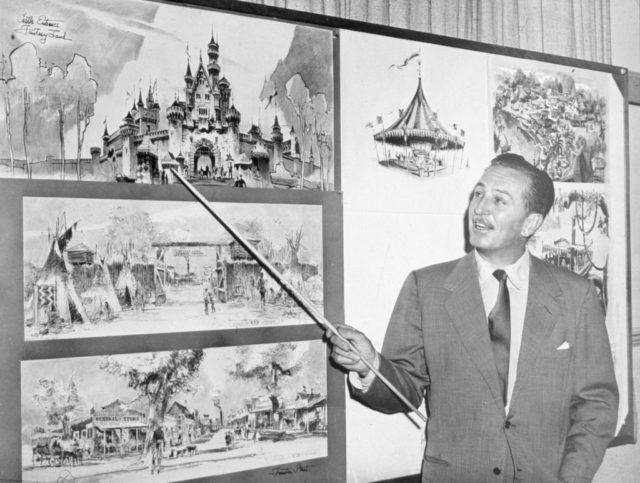 In early 1966, a young Kurt Russell wowed Walt Disney with his role in Follow Me, Boys! – which also contains Disney’s final filmed appearance before his death. Disney reportedly told viewers that Russell had a great future in acting, and personally ensured that Russell received a contract to work for Disney for the next decade.

A true workaholic, Disney was constantly involved in the countless Disney and Universal Studios projects, even in the throes of cancer. One night, he scribbled a list of names at the bottom of a page titled, “TV Projects In Production: Ready for Production or Possible for Escalation and Story.” 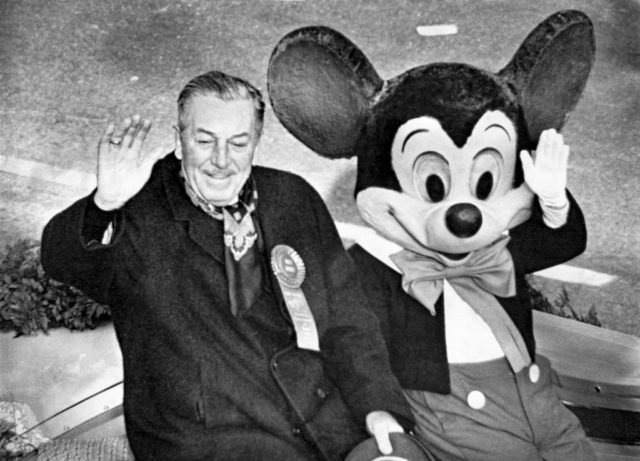 Walt Disney as Grand Marshal of the 1966 Rose Parade with Mickey Mouse, taken less than a year before his death. (Photo Credit: Bettmann Archive / Getty Images)

On November 30, Disney was taken to St. Joseph Hospital, where he remained until he passed away on December 15, 1966. His death shocked the world. However, it seemed that he continued to live on in the subsequent films that were released following his demise, including The Jungle Book, The Happiest Millionaire, and the short film Winnie the Pooh and the Blustery Day (1968) which won Disney a posthumous Oscar.

Following his death, Walt Disney’s office was left untouched until 1970. It wasn’t until an archivist at Walt Disney Studios stumbled across the forgotten paper with four names scribbled down that Kurt Russell learned about his involvement in Disney’s final days. 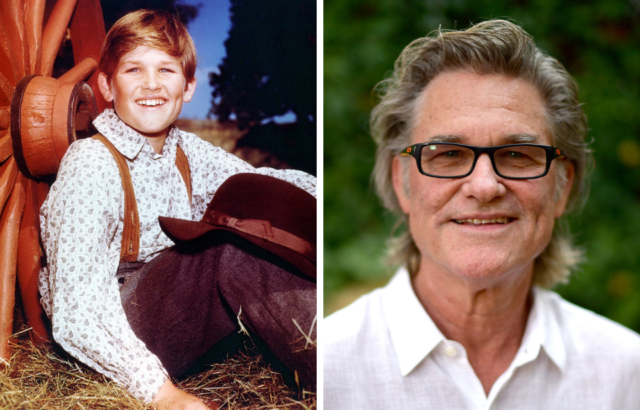 According to Disney archivist Dave Smith, Russell was on the Disney Studios lot while filming Now You See Him, Now You Don’t. Smith brought Russell to Disney’s office and showed him that one of the last things Walt had written was his name – even though he misspelled Kurt.

Russell confirmed the story in 2013 while chatting with Barbara Walters on The View: “I assume, as [does] everybody else, that he was talking about some movie that he was thinking about having me in…I don’t know what to make of it other than that,” he said.

Somehow, the story about Disney’s last words got misconstrued – his exact final words are unknown, but Russell’s name was technically one of the last things Disney wrote in his office.

Is Disney on ice?

Disney uttering “Kurt Russell” on his deathbed isn’t the only myth surrounding the animation icon’s passing. Not long after his death, speculation about what happened to Disney’s body began to circulate. According to some conspiracy theories, Disney had his body cryogenically frozen and buried deep underneath the Pirates of the Caribbean ride at Disneyland – waiting for the day technology became advanced enough to re-animate him. 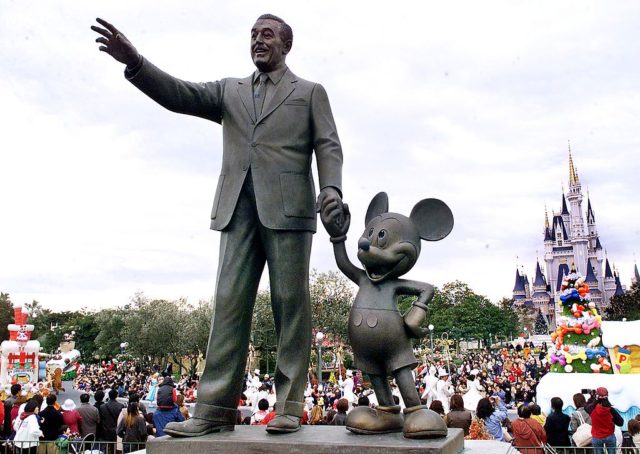 Believers of the theory think that the news of Disney’s death was delayed long enough to prepare his body for preservation. Disney had a lifelong interest in the future and technological progress, as seen in his plans for futuristic projects like the proposed mini-town EPCOT (Experimental Prototype Community of Tomorrow), which was later turned into a Disney attraction. Also, Disney was known to have an interest in cryonics, which drove the rumors.

According to historians, Walt Disney’s body was cremated before it was interred at the Forest Lawn Memorial Park in California –  not beneath the Pirates of the Caribbean ride.

Maybe holding on to the possibility that the creator of beloved childhood characters could be revived at any moment helps to keep the magic of Disney alive for those who believe this rumor? We may never know what Disney’s final spoken words were, but it’s safe to say that the “Russell” rumors can be put to rest.