Was Kurt Russell’s Connection to Elvis Presley Written in the Stars?

Whether it is written in the stars or just pure coincidence, some people are destined to be connected. Such is the case of Kurt Russell and Elvis Presley. The pair only worked together once but turns out they have a lot in common!

The first (and only) time Kurt Russell and Elvis Presley worked together was in the 1963 film, It Happened at the World’s Fair. In one scene, viewers see a young boy kick Elvis in the shin. In the movie, Elvis paid the young boy to kick him so he could go meet the nurse at the fairground.

This child is none other than Kurt Russell! It Happened at the World’s Fair was his acting debut. Sometime later, Russell recalled that he didn’t want to kick The King because Elvis was such a huge celebrity, and Russell was one of his many fans. He eventually went through with the kick because Elvis Presley actually paid him a whopping five dollars to do so! 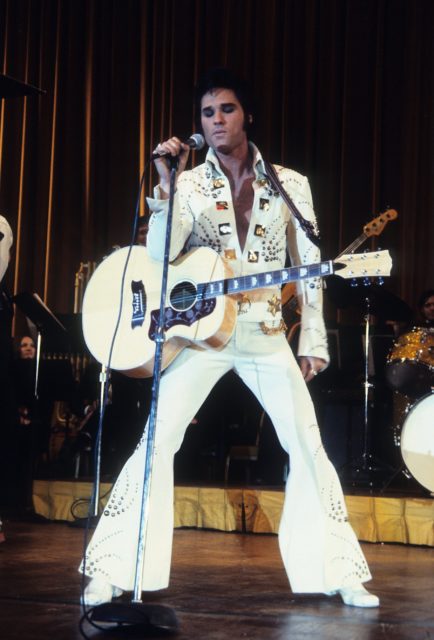 In 1979, two years after Elvis Presley died, Kurt Russell portrayed the late musician in the made-for-television biographical film, Elvis. The biopic covers the rise of Elvis Presley and ends in 1970, so the film does not focus on Presley’s last couple of years.

Elvis went on to be nominated for a Golden Globe and three Primetime Emmy Awards, including an Outstanding Lead Actor in a Miniseries or Movie for Kurt Russell. Interestingly, Kurt Russell was 27 years old when he played Elvis. This is the same age the real Elvis Presley was when he met Russell on the set of It Happened at the World’s Fair.

Forrest Gump is a movie filled with all sorts of secret trivia – including a special cameo made by Kurt Russell! Forrest Gump fans might remember early on in the movie when a young Forrest (played by Michael Conner Humphreys) inspires one of Elvis Presley’s signature dance moves. The voice of the actor playing Elvis was – you guessed it – Kurt Russell.

The actor portraying Elvis is obviously not Kurt Russell, but according to IMBD, the voice was Russell’s although it went uncredited in the film. Russell had previously worked with Forrest Gump director Robert Zemeckis on the 1980 comedy Used Cars, so it is possible the voice cameo was simply just a favor. 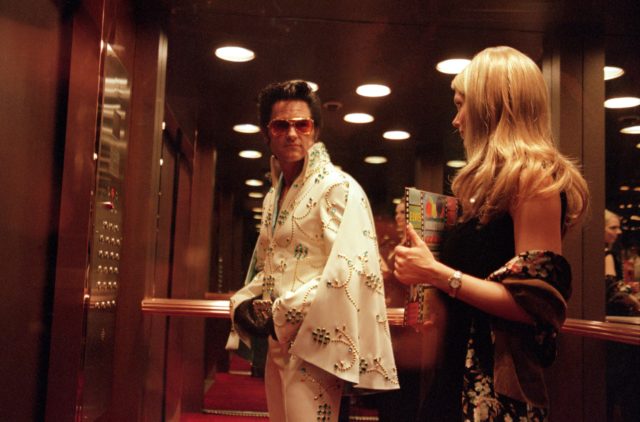 More from us: Fascinating Facts About Elvis Presley, the King of Rock and Roll

The 2001 film 3000 Miles To Graceland really brings Kurt Russell’s connection to Elvis Presley full circle. The movie stars Russell and Kevin Costner, who rob a casino during an Elvis convention in Las Vegas. At the beginning of the film, Kurt Russell is kicked in the shin, just as Russell had done in 1963 to Elvis Presley in It Happened at the World’s Fair.