In 1994, the movie Forrest Gump, which detailed a man’s life and his fairly coincidental brushes with many pivotal people and circumstances of the 1960s, was released. Forrest was a character who touched just about everyone who saw the movie. While he didn’t have the brightest mind, he was a character of surprisingly insightful wisdom and enormous kindness of heart.

Throughout the movie, many of the things that Forrest did were, either directly or indirectly, the result of his abiding love for his childhood friend and sweetheart, Jenny. Jenny, who only sees Forrest as a dear friend, is a troubled young woman.

At one point in the film, Jenny comes to live with Forrest for a while, and Forrest says it’s the happiest time in his life. He asks Jenny to marry him, and she refuses, causing Forrest to wonder why she doesn’t love him.

Later that night, she comes to his bed, makes love with him, and avows her love for Forrest, only to sneak out before he wakes and disappear again. Her departure crushes Forrest, and in utter pain and despair, he begins running back and forth across the United States.

When people he encounters ask him why he’s doing it, he just says that he felt like running — and he clearly does, since he doesn’t just run across the country once, but at least four times.

Over the years, a number of people have gone across the United States on foot, even before Forrest Gump hit the theaters, but Forrest’s remarkable multi-trip run was inspired by one particular person. A person whose words were used verbatim in the film when Forrest says “When I got tired, I slept. When I got hungry, I ate. When I had to go, you know, I went.” 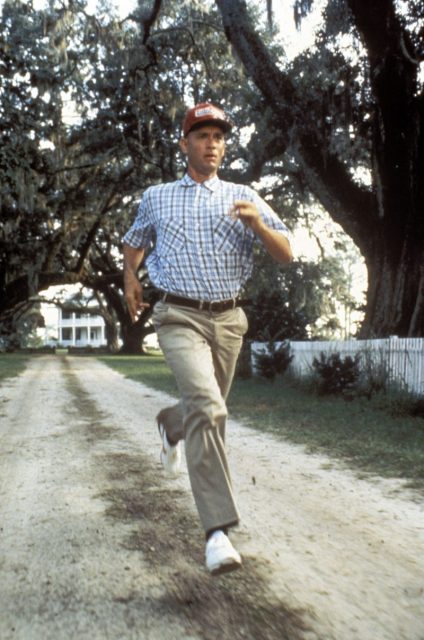 Louis Michael Figueroa ran across the country for the first time when he was just 16 years old, back in 1982, according to television station KHQ.

Figueroa, a high school sophomore, made a promise to a 10-year-old cancer patient named Bobby, who was struggling with his feelings about his condition and the probability that his life would soon be over. To give Bobby hope, the teen promised to run across the entire county, raising money and awareness for the American Cancer Society. 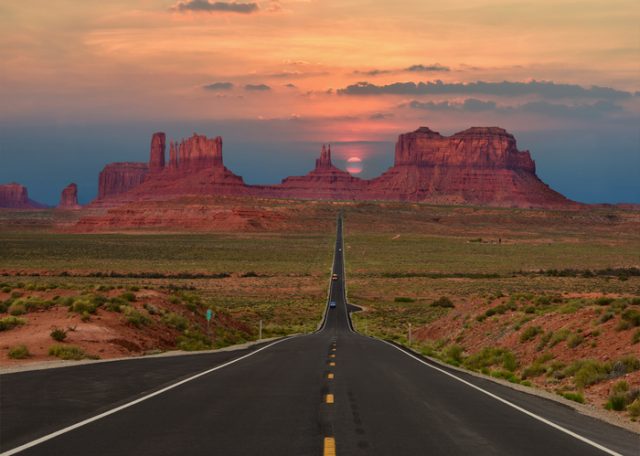 He left New Brunswick, New Jersey, heading west, and 60 days later Figueroa arrived in San Francisco, making him both the fastest and youngest runner to ever cross the U.S. on foot. Fourteen years later he did it again. His brother, Jimmy, had been diagnosed with AIDS.

Figueroa, who was himself in recovery from leukemia, walked from Bangor, Maine, to San Diego to raise awareness about Jimmy’s disease. He made the walk alone, and with only the equipment he could fit in his backpack, as a way of symbolizing the solitary plight of HIV-AIDS sufferers, gathering money for AIDS programs as he went.

In late January of 2005, the now 43-year-old Figueroa decided to make his longest trek yet, in support of protecting children from sexual abuse. This trip was his most personal, as he told the Lompoc Record during an interview, as he, himself, was molested as a boy. He started from an abused children’s shelter in Tucson, Arizona, intending to circle to country and walk 7,500 miles.

The circular route he chose was meant to symbolize the chain of abuse he hopes to help put an end to. About six months and 3,000 miles into his trek, Figueroa was forced to stop walking because of a combination of legal issues and a resurgence of his leukemia, which kept him from finishing his walk for five years.

Read another story from us: Citizen Kane – Historic Achievements and Political Sabotage of the ‘Greatest Film Ever Made’

In 2010 Figueroa picked up his walk from the place that he had to interrupt it, and continued on his way. He told the Record that he would stop walking a mile from where he began, and let his children, volunteers, and supporters finish it for him, to show that one man can only go so far, and then the community must step in. Not only was this intrepid activist the inspiration for Forrest’s run, but I think he also has the same enormous heart.