Mickey and Minnie Mouse are arguably the two most iconic Disney characters of all time. Both were introduced to the public almost 100 years ago, in 1928’s Steamboat Willie. Although the characters fluctuate between courting and marriage depending on what they are featured in, the relationship between two of their voice actors was much more steady.

Russi Taylor and Wayne Allwine, who voiced the famous couple (for 33 and 32 years respectively), got married just five years into their time working together. They stayed together for the rest of their lives.

Allwine started out in the Disney mailroom in 1966 where he slowly worked his way up to the sound department. He earned himself the role of Mickey Mouse by going to an open audition after another actor failed to show. He performed Mickey’s voice from memory.

In 1977, he officially started voicing Mickey as only the third person to fill the role including Walt Disney, in The New Mickey Mouse Club. His first theatrical release was in 1983, in Mickey’s Christmas Carol. 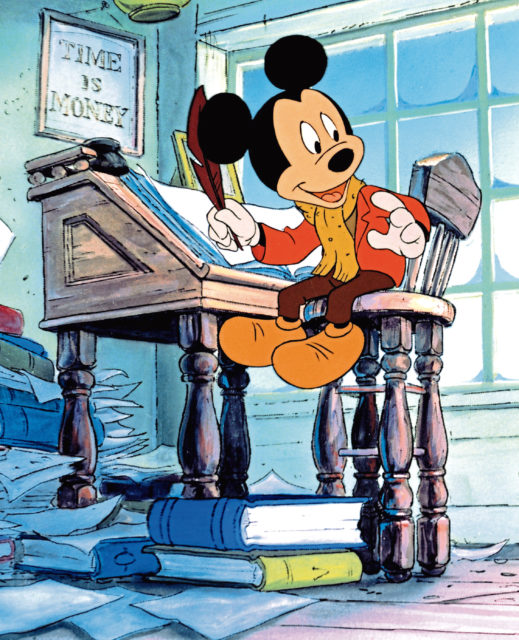 Taylor started as the voice of Minnie Mouse in 1986 when she beat out 200 other voice actors for the role. One of her first times voicing Minnie was for the TV special DTV “doggone” Valentine in 1987. In 1988, she voiced the mouse in Totally Minnie where she starred alongside Allwine for the first time.

When the future couple first met they were married to other people, but Taylor and Allwine both ended up divorced. They ended up tying the knot in 1991 in Hawaii. Throughout their careers, they gave many interviews saying they believed their marriage translated into their performances of Mickey and Minnie. Their coworkers also thought that their love for each other came across in their performances. 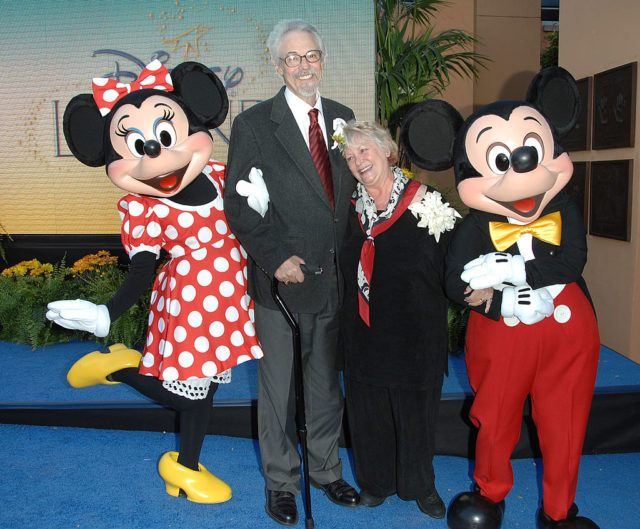 Despite their very happy relationship, the couple kept their marriage a secret for almost a decade. Allwine said, “When we got married, we kind of kept it quiet, because everybody was saying, ‘Oh, Mickey and Minnie got married.’ It wasn’t Mickey and Minnie; it was Wayne and Russi. We wanted to keep it about us and not about the characters.”

The two played the famous Disney couple until 2009 when Allwine died at the age of 62 from diabetes complications. Despite the loss of her long-term partner on and off the screen, Taylor continued voicing Minnie Mouse until her own death in 2019 from colon cancer. Taylor still holds the record for the longest-running voice actor to play Minnie Mouse. 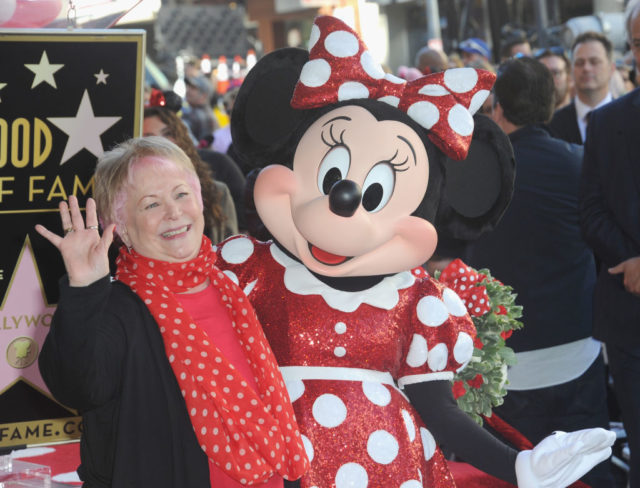 Voice actress Russi Taylor, who has voiced Minnie Mouse since 1986, poses with Minnie Mouse during a star ceremony in celebration of the 90th anniversary of Disney’s Minnie Mouse at the Hollywood Walk of Fame, January 22, 2018. (Photo Credit: Albert L. Ortega/ Getty Images)

More from us: Marni Nixon Has the Most Recognizable Voice in Hollywood, Yet We Just Learned Her Name

Taylor and Allwine left an incredible legacy behind. The pair were married for almost 20 years during which they appeared together in countless films, TV shows, and video games as Mickey and Minnie. Just before Allwine’s death in 2008, the couple was awarded the Disney Legend Award for their “extraordinary and integral contribution to the Walt Disney Company.”

« Was Kurt Russell’s Connection to Elvis Presley Written in the Stars?
Arlington National Cemetery Was Once the Home of Confederate Army Commander Robert E. Lee »