These Actors and Directors Got Emotional While Filming At Historical Landmarks

As movie watchers, we don’t often think about what goes into making a movie. We just enjoy watching the final version of a film. However, making a major film is obviously a very different experience for those involved. Sometimes, the actors and directors can get overcome by emotion when they stop and think about exactly where they are filming their movie. Here, we take a look at actors and directors who were impacted by their filming locations.

1. Bernardo Bertolucci freaked out when he realized the scope of his project 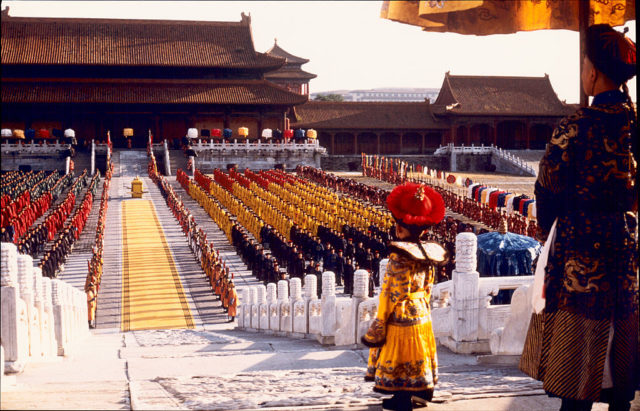 Italian director Bernardo Bertolucci is best-known for his 1987 biopic The Last Emperor which follows the life of Puyi, the last emperor of China. For the film, Bertolucci was granted unprecedented access to the Forbidden City by the Chinese Government. Bertolucci became the first Western filmmaker to shoot a movie inside this stunning 15th-century palace.

Obviously, the fact that Bertolucci had permission and access to the Forbidden City was not taken lightly. In fact, he was very overwhelmed when filming started. He later recalled, “When I saw all these extras, I had a moment of panic and I thought, ‘What am I doing, am I going mad?'” Luckily, Bertolucci overcame these feelings and The Last Emperor would go on to win nine Oscars.

2. Rachel Weisz was struck by the level of organized killing at Auschwitz 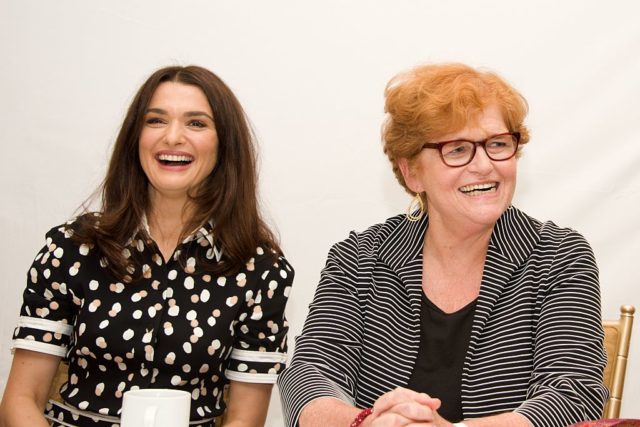 For the 2016 film Denial, actress Rachel Weisz and a small film crew were given permission to film at Auschwitz-Birkenau. Denial is based on the Irving v Penguin Books Ltd court case, in which the Holocaust historian Deborah Lipstadt was sued by Holocaust denier David Irving for libel.

After visiting Auschwitz, Weisz (who portrayed Lipstadt) remembers being struck by how organized the level of killing was. “The fact that nothing would be wasted, not one human hair, not one pair of spectacles, not one piece of golf from a tooth. It wasn’t killing in rage, which is still terrible, but that’s human. There was something disconnected from humanity. You stop and think, ‘how does a human get to a place where that was O.K.? A lot of people say, ‘It happened ages ago- lets go over it.’ Historically, it’s a minute ago. My parents were children.”

3. Gary Oldman questioned how Lee Harvey Oswald could have done it 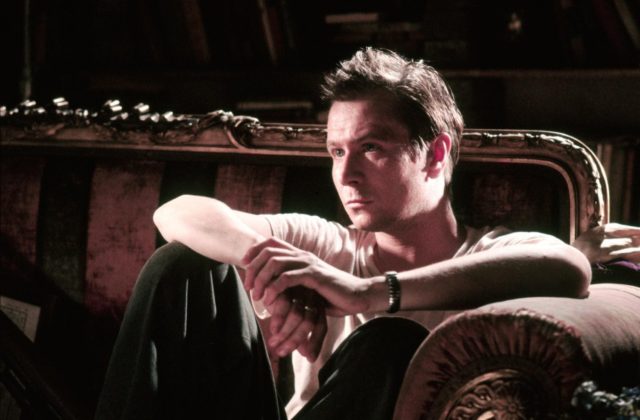 Gary Oldman played Lee Harvey Oswald in Oliver Stone’s controversial 1991 movie, JFK. This movie examines the events that led up to John F. Kennedy’s assassination in Dallas, Texas, and suggests that there was a possible government cover-up. (We are not supporting this view – just summarizing the facts.)

The movie didn’t have permission to film on the sixth floor of the Texas School Book Depository, but they were able to film in the same building on the seventh floor. Maybe Oldman was caught up in the theme of the movie, but when he got to the window of the seventh floor of the Book Depository, he felt that there was no way Oswald could have made his famous shot, stating: “You get to Dealey Plaza. You go up to that window. And the first thing you say to yourself is, ‘impossible.’ The distance. The angle. You want to take the Warren Commission report and burn it the moment you stand up there.”

4. Fionn Whitehead felt pure panic on the beaches of Dunkirk 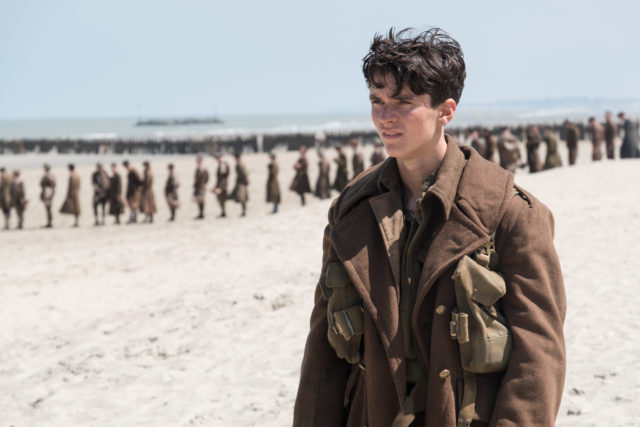 Fionn Whitehead was only 20 years old when he starred as Tommy Jensen in the 2017 war film, Dunkirk. Ironically, he was the same age as many of the soldiers who were on the beaches of Dunkirk in June 1940. After the movie premiered in 2017, Whitehead reflected on his experience during the chaotic beach scenes, stating, “It was so real – you can never really put yourself there, but that is the closest you can come to putting yourself in that situation and the pure panic and terror… any reactions you have are just honest.”

5. Ben Kingsley was in shock during the Ghetto liquidation scene in Schindler’s List 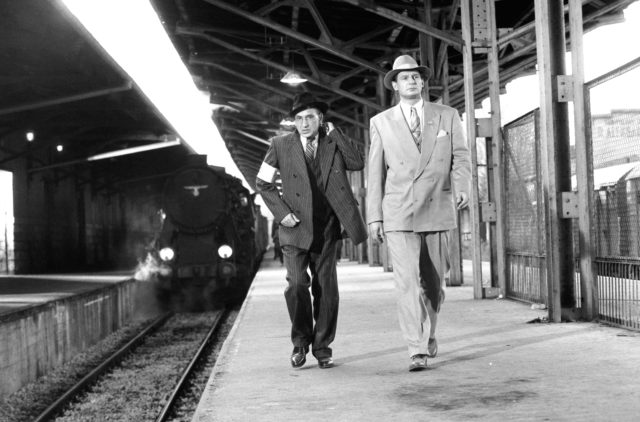 One of the most memorable parts of Steven Spielberg’s Schindler’s List is the ghetto liquidation scene. This scene depicts the liquidation of the Krakow ghetto, and the movie was primarily filmed in Krakow, Poland, where the original ghetto once stood.

Actor Ben Kingsley played Itzhak Stern in Schindler’s List. He later recalled how traumatizing the filming of the liquidation scene, in particular, was to film, stating: “In the liquidation of the ghetto scene, I knew I had to serve the story. I remembered my lines, but I was in deep shock. No acting. The beautifully orchestrated chaos was unrepeatable or unforgettable.” We can only imagine that the shock Kingsley felt during this scene was nothing compared to the terror of those at the Krakow Ghetto in 1943. 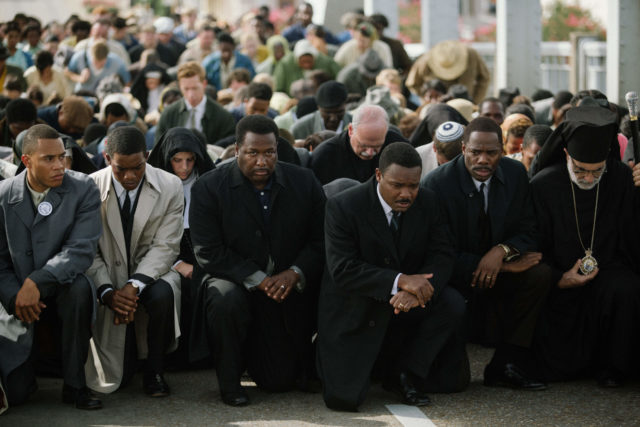 The 2014 historical drama Selma tells the story of the 1965 voting march from Selma to Montgomery, Alabama, led by Dr. Martin Luther King Jr. David Oyelowo portrayed Dr. King for this film, and was extremely emotional while filming.

Oyelowo stated that playing King was “a deeply emotional experience for numerous reasons… When you reflect upon the significance of Dr. King to this nation, it’s criminal that he hasn’t had a feature film that was centered around him until now. That, in and of itself, was emotional. But when you’re doing scenes on the Edmund Pettus Bridge, with people still living in Selma and now in their 60s and 70s who had actually marched, who were there that original Bloody Sunday, that’s humbling… that’s deeply moving. You’re no longer acting at that stage, you’re just reacting, because it takes the filmmaking process to another dimension.”

He continued this thought, saying, “So, yes it was an intensely emotional shoot, but also an intensely joyful shoot, since we really felt we were paying honor and doing service to these great men and women who had participated.”

7. Bill Paxton was addicted to flying in NASA’s KC-135 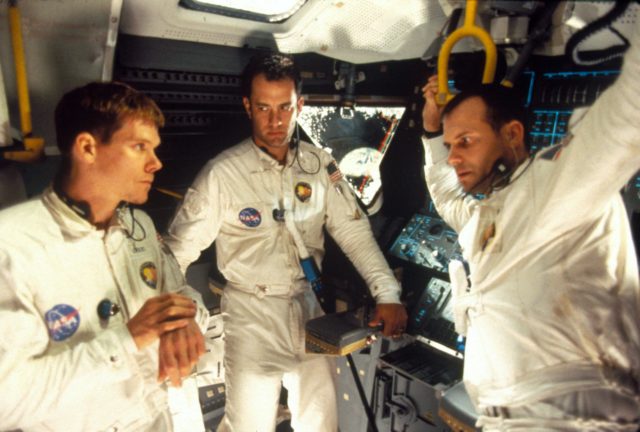 Not everyone has what it takes to be an astronaut- or even act as an astronaut. After all, there is a lot of turbulence to get to space (or even acting like you’re going to space) and surely the fact that it’s literally zero-gravity of it all can’t be easy to adapt to. Personally, our motion sickness would get the best of us.

For the 1995 drama Apollo 13, director Ron Howard wanted the audience to feel like they were also experiencing zero-gravity, just like the astronauts were on screen. To achieve this sensation, the Apollo 13 film team did over 500 takes on NASA’s KC-135, also known as the ‘Vomit Comet.’ This aircraft soars to 30,000 feet and then does a nose dive to create 23 seconds of weightlessness.

More from us: They Nailed It: 10 Historical Movies That Got Their Costume Design Right

Actor Bill Paxton starred as astronaut Fred Haise in Apollo 13. Unlike most people, Paxton loved his time on the Vomit Comet, saying in an interview: “I feel strangely drawn to it. It almost is like a weird addiction. Just to float- there is something liberating about it.” However, co-actors Kevin Bacon and Gary Sinise both said that the KC-135 is terrifying and they both “don’t like being scared.”