Martin Luther King Jr. was Awarded a Grammy for His Speech Denouncing the Vietnam War

Martin Luther King Jr. was one of America’s most dedicated and well-known leaders of the Civil Rights Movement. While many know he received the Nobel Peace Prize in 1964 for his efforts, few are aware he also once won a Grammy for Best Spoken Word Recording. 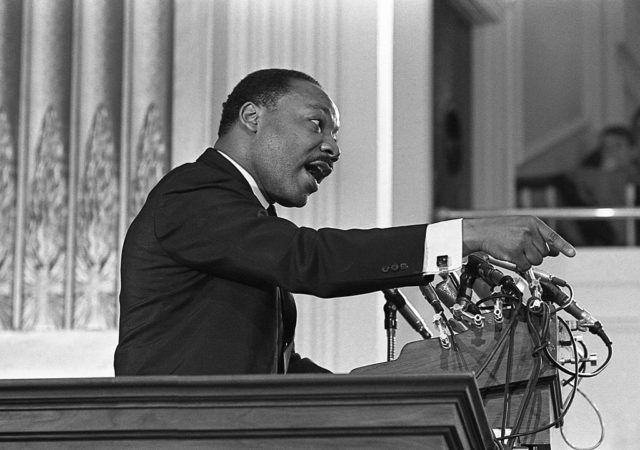 Profile view of American Civil Rights leader Dr. Martin Luther King Jr as he speaks from a lecturn at the New York Avenue Presbyterian Church, Washington DC, February 6, 1968. Dr. King, invited to the church as the national co-chair for the ‘Clergy and Laymen Concerned About Vietnam,’ spoke about ending the war in Vietnam. (Photo Credit: Joseph Klipple/Getty Images)

King received a total of three nominations in relation to his speeches: one during his lifetime and two following his assassination on April 4, 1968. His first came for We Shall Overcome, from the March on Washington, when the category was known as Best Documentary, Spoken Word or Drama Recording (Other Than Comedy).

He ended up losing to the original-cast recording of Who’s Afraid of Virginia Woolf, a popular Broadway production.

His second nomination came less than a year after his death, this time for I Have A Dream (Album). Similar to the 11th Annual Grammy Awards, he lost, this time to poet Rod McKuen’s Lonesome Cities.

King’s third Grammy nomination resulted in a win. It came following the release of the 1970 album, Why I Oppose the War in Vietnam, and his victory was announced on March 16, 1971, nearly three years after his assassination.

The speech was part of King’s open opposition to the Vietnam War. Delivered in front of 3,000 people at New York City’s Riverside Church on April 4, 1967, he called for the US to end its involvement in Vietnam and begin working toward peace talks. The overall speech, which clocks in at nearly an hour, was titled “Beyond Vietnam.”

One of its most poignant lines is when King likens the country’s involvement in Vietnam to its soul being poisoned, saying, “If America’s soul becomes totally poisoned, part of the autopsy must read Vietnam. It can never be saved as long as it destroys the deepest hopes of men the world over.” 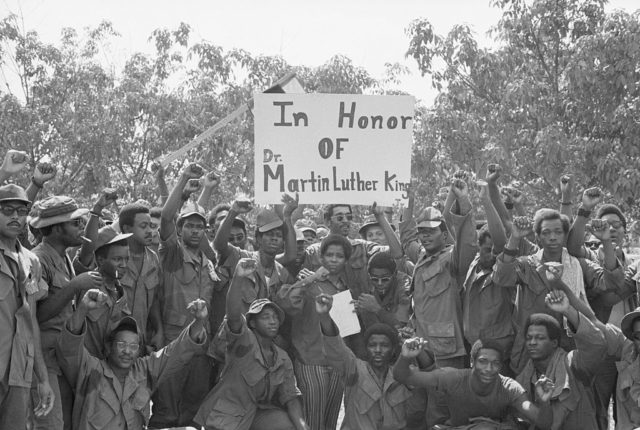 January 15, 1971-Observe King’s Birthday—Long Binh, Vietnam: Black soldiers take part in the observance of the birthday of the late Martin Luther King Jr. on Jan.15th. About 30 soldiers were involved in the gathering on the U.S. Army base here. UPI b/w photograph.  (Photo Credit: Bettmann / Contributor)

He also discussed society’s need to shift from a materialistic worldview to one that takes into account the lives of others – especially those serving overseas.

“I am concerned that if we are to get on the right side of the world revolution, we as a nation must undergo a radical revolution of values,” he said. “We must rapidly begin the shift from a ‘thing-oriented’ society to a ‘person-oriented’ society.

“When machines and computers, profit motives and property rights are considered more important than people, the giant triplets of racism, materialism and militarism are incapable of being conquered.”

He later went on to share his belief that the war was a form of American imperialism, and accused the government of funding it with money intended for the development of programs geared toward poor African-Americans.

“Our only hope today lies in our ability to recapture the revolutionary spirit and go out into a sometimes hostile world declaring eternal hostility to poverty, racism and militarism.

“With this powerful commitment, we shall boldly challenge the status quo and unjust mores and thereby speed the day when ‘every valley shall be exalted, and every mountain and hill shall be made low, and the crooked shall be made straight and the rough places plain’.”

Similar speeches were delivered in Chicago and Los Angeles. 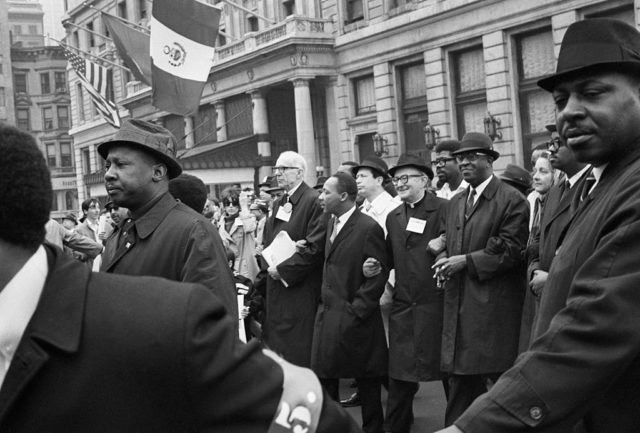 The response to the speech was largely negative. Publications, including the New York Times and the Washington Post, published editorials criticizing King’s words, while the NAACP accused him of linking two separate issues: civil rights and Vietnam.

However, King’s sentiments weren’t anything new. Across the US, many – primarily those in post-secondary education – protested the country’s involvement in Vietnam and held numerous protests calling on the government to withdraw troops. They began as small meetups that quickly spread nationwide – and even internationally.

Despite the high-profile opposition to King’s words, he actually had a lot of people on his side.