This week, fresh photos from the set of the fifth season of The Crown emerged on the internet. These photos specifically show actress Elizabeth Debicki – who will be playing Princess Diana for the fifth and sixth seasons of Netflix’s hit show – dressed in sunglasses, striped trousers, and an oversized navy blazer. At first glance, we truly thought these photos were really of Princess Diana!

Elizabeth Debicki took over the role of Princess Diana from Emma Corrin. The Crown changes out its cast members as the characters age throughout the decades. Last fall, we had a sneak-peak of Debicki in a replica of Diana’s iconic revenge dress.

The newest batch of photos of Elizabeth Debicki were taken in Croydon, England. In the photographs, Debicki is pushing her way through a large crowd of paparazzi to get into a taxi. It is unknown what exact scene was being filmed or what the purpose of this scene will be in the fifth season of The Crown. Although the series has a reputation of bending the truth, it is a historical fact that Princess Diana was plagued by the paparazzi during her life – especially during the 1990s when the newest season of The Crown is set. In fact, her untimely death in 1997 was caused by her driver trying to escape from the paparazzi.

This past August, it was also announced that Dominic West would be taking over the role of Prince Charles. According to Variety, West’s 13-year-old son Senan West is set to play Prince William in season five of The Crown. Senan is set to make his on-screen debut in the final episode of season five.

Other notable actors who have signed on for the fifth season include Humayun Saeed and Khalid Abdalla. Humayun Saeed will be playing Dr. Hasmat Ahmad Khan, a British-Pakistani heart surgeon who dated Princess Diana between 1995 to 1997. Actor Khalid Abdalla, who starred in The Kite Runner, will be playing Diana’s last partner, Dodi Fayed, whom she had just started dating before her death in 1997. Both Diana and Fayed tragically died in a car accident in August 1997.

It is unconfirmed if season five of The Crown will cover Diana’s death or not. Each season typically covers a decade, so it is possible that her death might be included. In October it was revealed that the season could focus on Princess Diana’s sitdown interview with Martin Bashir from 1995. This decision might be a controversial one for the Royal Family, as Prince William has asked for the interview to never be shown again. 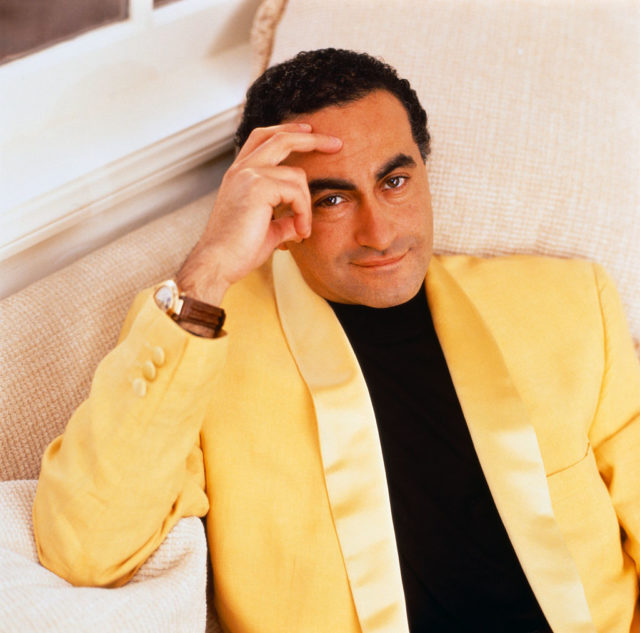 There will be major events included in season five of The Crown that do not solely focus on Princess Diana’s life. The 1990s were a tumultuous decade for Queen Elizabeth, who is being played by Harry Potter actress Imelda Staunton. In 1992, Queen Elizabeth II delivered a speech in which she referred to the year as an “Annus Horribilis,” or a horrible year. Three of her children separated from their spouses, there was a fire at Windsor Castle, and the royal family was scrutinized in the press. Only time will tell which events will be immortalized in the newest season.

More from us: 7 Major Historical Mistakes ‘The Crown’ Made

The fifth season of The Crown is set to premiere in November 2022.

« Elvis Presley Based His Iconic Look On This Marvel Character
Martin Luther King Jr. was Awarded a Grammy for His Speech Denouncing the Vietnam War »