1. It’s the oldest and largest occupied castle in the world 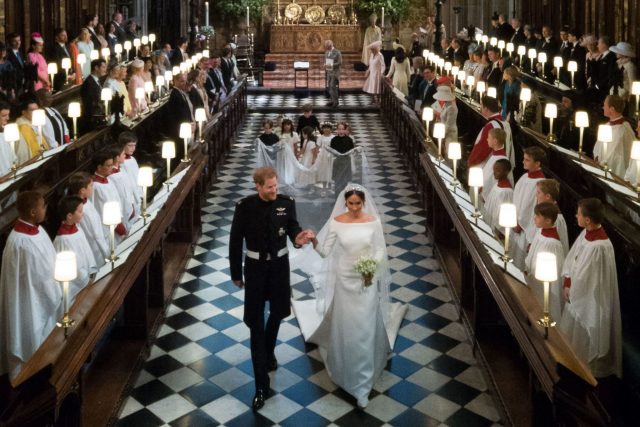 Windsor Castle was first built in the 11th Century after the Norman invasion, originally serving as a fortress. Over the past 900 years, more than 30 monarchs have called Windsor Castle home. Over a dozen royal weddings have taken place at St. George’s Chapel, located at Windsor Castle, including Meghan Markle and Prince Harry’s wedding in May of 2018.

2. It’s home to the largest dollhouse in the world 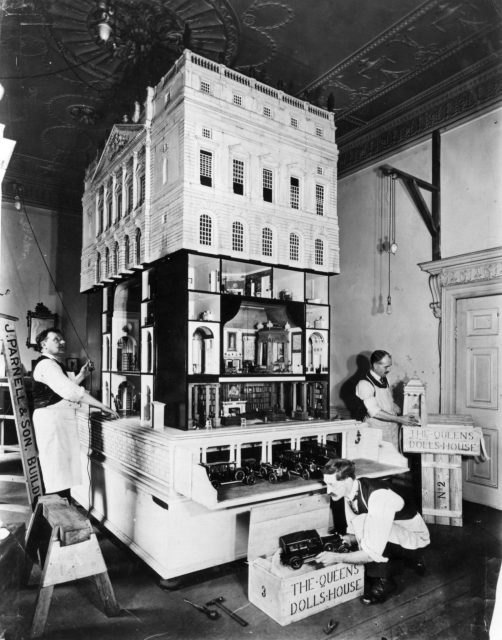 Windsor Castle is home to Queen Mary’s Doll House- a large dollhouse that was built for Queen Mary, wife of King George V. It took three years for the dollhouse to be completed (1921 to 1924), and was built by the leading British architect at the time, Sir Edwin Lutyens. The dollhouse even includes electricity, running hot and cold water, and working elevators, with each room being exquisitely furnished.

3. The Crown Jewels were buried in a biscuit tin at Windsor Castle 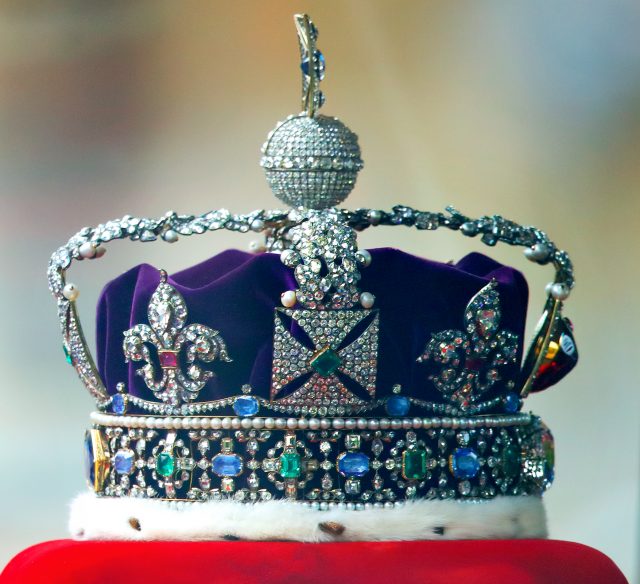 During the Second World War, King George VI orchestrated a plan to keep the Crown Jewels, which are usually kept at the Tower of London, safe from a potential German invasion. The king removed the most precious stones from the Imperial State Crown – the Black Prince’s Ruby and St. Edward’s Sapphire- and put them into a biscuit tin that was buried on the castle grounds.

A hole was dug beneath an entry to Windsor Castle, and two chambers were built with steel doors. The jewels were then secured inside, with the entire hiding spot only being accessible through a trapdoor. The entire operation was so secret that even Queen Elizabeth II (then Princess Elizabeth) didn’t know the full details.

4. Windsor Castle has to hire someone to manually change all the clocks for daylight savings time 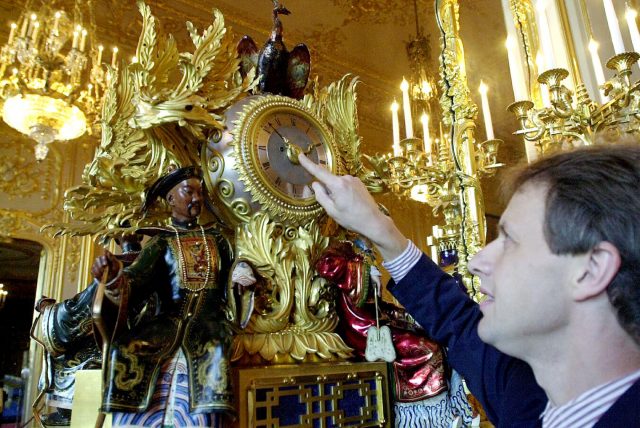 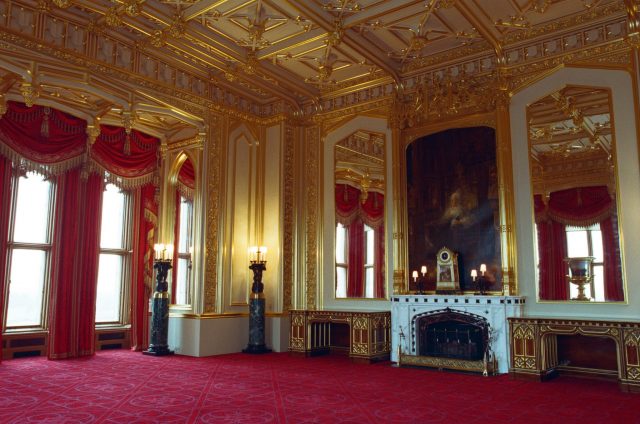 During the Second World War, it was rumored that Adolf Hitler wanted to make Windsor Castle his British home, so it was never bombed. The royal family took advantage of this rumor by secretly hiding in the castle. The girls, including (future) Queen Elizabeth II and her sister, Princess Margaret, occasionally slept in the dungeon of the castle for their own safety.

6. It was headquarters for the Queen’s corgi breeding program 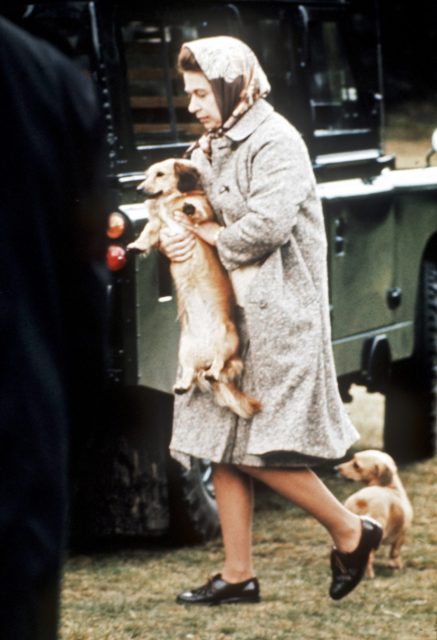 Yes, you read that headline correctly – Windsor Castle was the headquarters for Queen Elizabeth II’s corgi breeding program. Typically, one would not associate a world-renowned castle with breeding dogs, but it was home to her corgi breeding program for nearly 70 years until it was discontinued in 2015.

Queen Elizabeth II is one of the longest-established Pembroke Welsh corgi breeders in the world. Over the many years, kennels located at Windsor Castle bred hundreds of corgi puppies which would then be given to the queen’s family and friends. The queen was given her first corgi, named Susan, on her 18th birthday.

7. A fire at Windsor Castle led the Queen to start paying taxes 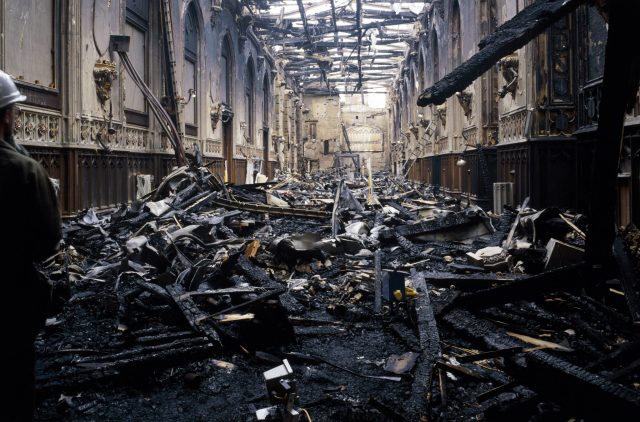 In 1992, a fire engulfed Windsor Castle, resulting in £36.5 million in damage. After the fire, taxpayers complained about footing the repair bills, especially because the queen was under no obligation to pay taxes at the time. After this outcry, Queen Elizabeth decided to voluntarily pay both income and capital gains taxes.

The queen also decided to pay council taxes (a type of property tax) on all of her palaces. For Windsor Castle, she pays about £2365.16 (or about $3200 USD) in council taxes annually.

8. Inspired by Windsor Castle, the royal family changed their last name to Windsor in 1917 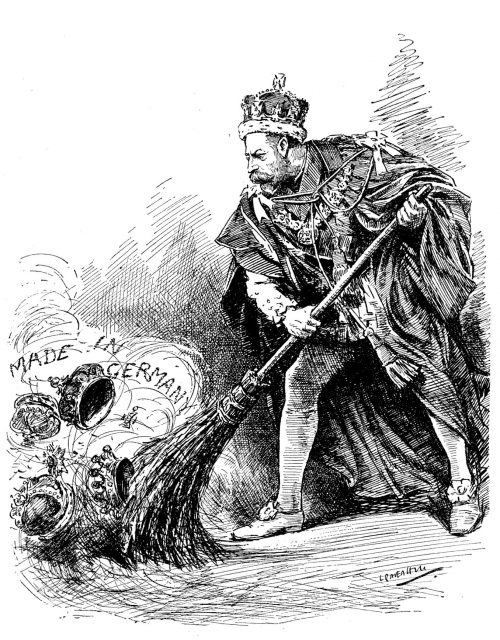 Cartoon depicting George V sweeping away the German titles held by his family. The picture was made after the King decided to abolish his German titles and rename his house from Saxe-Coburg-Gotha to Windsor. (Photo Credit: Leonard Raven-Hill/ Wikimedia Commons)

Although the royal family rarely has any need to use their last names, they decided to change their legal last names from Saxe-Coburg-Gotha to Windsor (or some variant of it) in July 1917. The reason for this lineage change was because the British royal family having a German-sounding surname during the First World War was a bad look for them. The word “Windsor” derives from the Old English word “Windlesoren,” meaning “winch by the riverbank.”

9. The distance of the marathon has to do with Ancient Greek mythology but also Windsor Castle 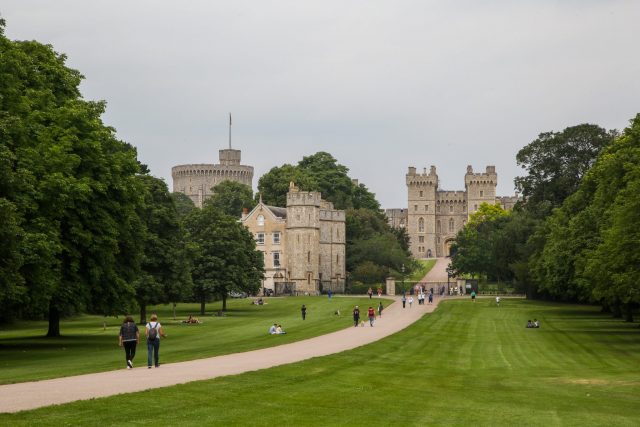 Although the marathon is rooted in Ancient Greek mythology, the official race length of 26.2 miles was actually decided upon by Queen Alexandra. In 1908, during the London Olympics, the race length was extended from 25 miles to 26.2 miles because Queen Alexandra requested that the race start on the lawns of Windsor Castle and finish in front of the royal box at the Olympic stadium – a distance that was 26.2 miles long. This distance became officially standardized in 1921.

« Utterly Disgusting! Gross Habits Held By Historic Royals
The Webb Telescope is Going to ‘Change How We See the Universe’ »