The lives of royals are truly fascinating. It’s as if they’re in a world all their own, and we can only dream of experiencing lives as extravagant and luxurious as they… Or do we? As the following list shows, some of history’s most iconic royals had some rather strange (and gross!) personal habits.

Joanna of Castile wouldn’t let go of her husband 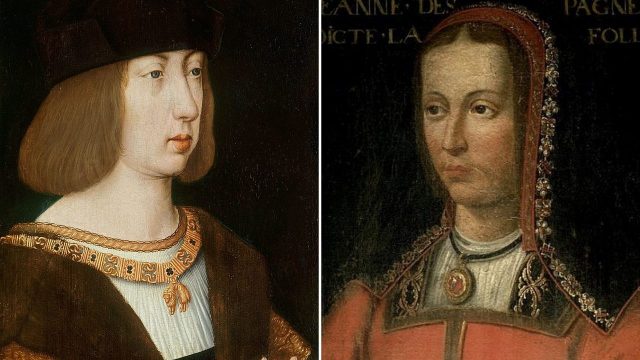 Best known as the mother of Spain‘s Emperor Charles V, Joanna of Castile was married to Philip the Handsome. She was pretty attached to her husband, so much so that she refused to bury him after he passed. She instead kept his body in her bedroom, and over the next year acted as if he were still alive, despite his body decomposing beside her.

It wasn’t common knowledge that Philip had died. Those who asked about him were told he was asleep, and Joanna’s servants were made to treat his body with the same respect they would give a living king. She also refused to allow any women near him, out of fear they would be overcome by lust. 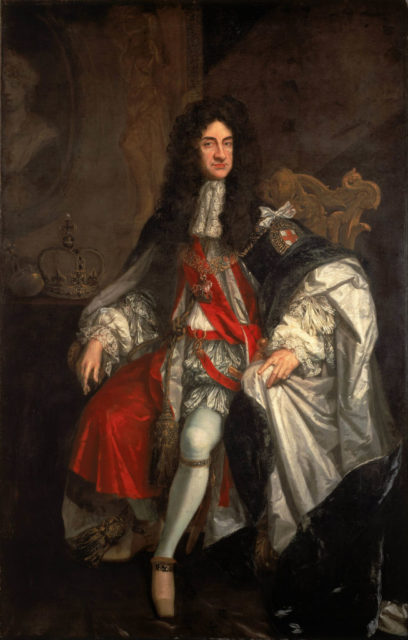 Charles II of England set about a very strange project while he was king. He wanted to make a wig out of pubic hair taken from his mistresses and other favored women he slept with. To do this, each time they finished the act he would take a few hairs, eventually resulting in enough for him to hand stitch together into a full wig. Perhaps even stranger than his creation, was that he didn’t want to keep it for himself, but rather wanted to give it away.

He sent the wig to a Scottish drinking club called the Beggar’s Benison Club. It’s reported that they loved the gift so much that they had their members wear it during ceremonies, before it was stolen by an upstart creating their own club. There, members were made to kiss it. In 1822, inspired by his forefather, King George IV decided he also wanted to create a pubic hair wig. He started to collect the necessary materials, which he kept in a box until there was enough to sew a full wig. Unfortunately for him, however, he died before he had enough.

Emperor Justin II had a habit of biting his servants 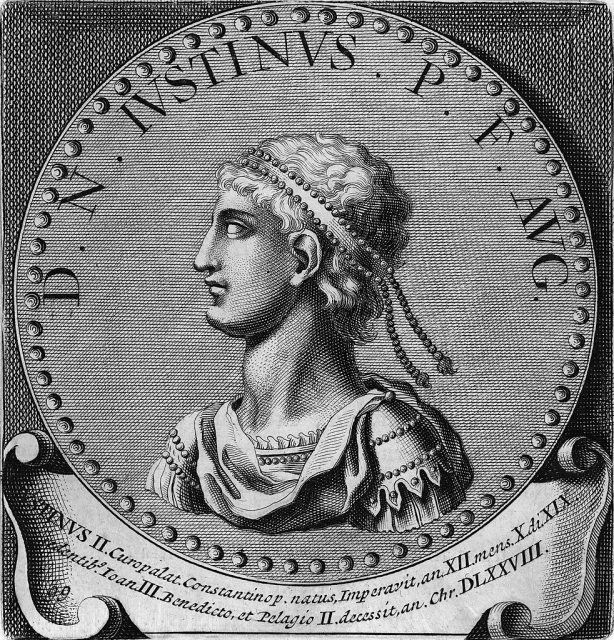 Justin II became the ruler of the Byzantine lands, the eastern section of the Roman Empire, in 565. Nine years later, he started showing signs of mental decline, and his behavior only grew more concerning as time went on.

Some of Justin’s unusual habits included running around the palace and howling like an animal; trying to hurl himself out of windows; and crawling under the bed and concealing himself behind pillows. The most strange, perhaps, was his habit of biting his servants.

Czar Nicholas I of Russia had a serious addiction to pickles 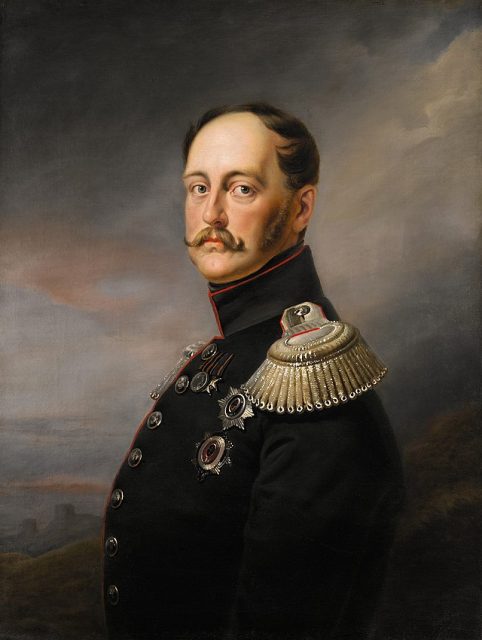 While this is definitely the least disgusting habit on our list, we had to include it for the fact it’s just so unusual. Nikolai Pavlovich became the ruler of Russia in 1825, and he was known for his rather abstemious lifestyle. He never drank alcohol, turned his nose up at cigarettes, and ate a diet void of sugar.

This unusual diet largely consisted of pickles, one of the most divisive foods in existence. You either love them or hate them, and, boy, did Nicholas love them. For breakfast, he’d eat five alongside bread and a cup of tea, and instead of dinner, he treated himself to a drink made with the salt water used to brine his pickles.

Many royals had cannibalistic medicine habits 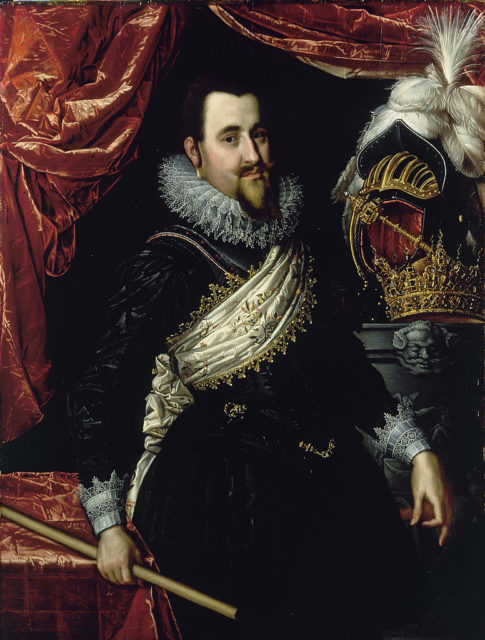 Although they were given a fancy name, mummia, human body parts used to be sold to physicians and apothecaries by the executioner. It was believed that after a person died, part of their “life force” would remain in the body. Thus, making these body parts into medicine was an excellent way to prolong someone’s life – should they eat them, of course. For the sake of ease, human bones, fat, or blood would have been distilled into various tinctures and then consumed.

This was a surprisingly common practice, particularly among monarchs who could afford such things. According to records, it is confirmed that Charles II and William II, both of England; François I of France; and Christian IV of Denmark all indulged in these practices. It is also believed that James I of England and Elizabeth I were also recommended the same remedies at certain times. In the former case, his doctor suggested a “powder composed of scrapings of an unburied human skull, herbs, white wine, and whey, to be taken at full moon.”

King James VI of Scotland and I of England despised bathing 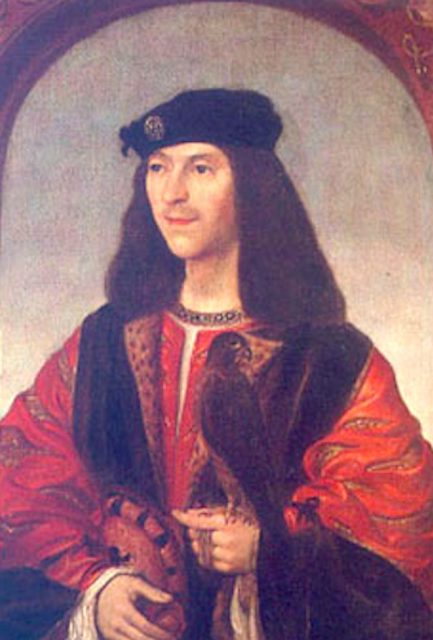 King James IV of Scotland and I of England. (Photo Credit: Wikimedia Commons)

James is one of the lucky few who got to rule over two nations. In 1567 – and at just 13 months old – he succeeded his mother, Mary, Queen of Scots, after she was forced off the throne. Almost 20 years later, he became the King of England after Elizabeth I passed away (he was the first in line for the English throne).

While his rule established a unity between England and Scotland, the accomplishment is often overshadowed by the fact James didn’t like to bathe – and when we say he didn’t like it, we mean he really didn’t. He had an aversion to water, which led to his lack of hygiene. This meant he never washed his hands, opting instead to rub the tops of his fingers with the slightly damp end of a napkin. 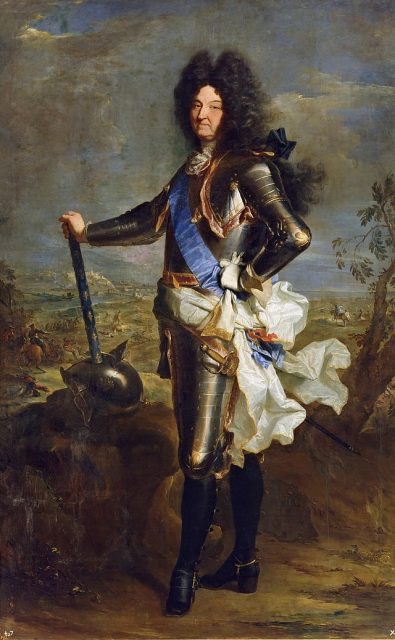 King Louis XIV is one of history’s youngest rulers, ascending to the throne at just four years old. He’s also one of the least bashful, as he conducted many personal activities in front of his subjects. This included changing his shirt… Oh, and using the toilet.

Louis sat upon a throne that doubled as a toilet, which, when paired with the fact he only bathed three times during his lifetime, made the French court smell rather funky. To hide the stench, he had a team dedicated to designing perfumes, which he doused himself with.

King Henry VIII of England and his “Groom of the Stool” 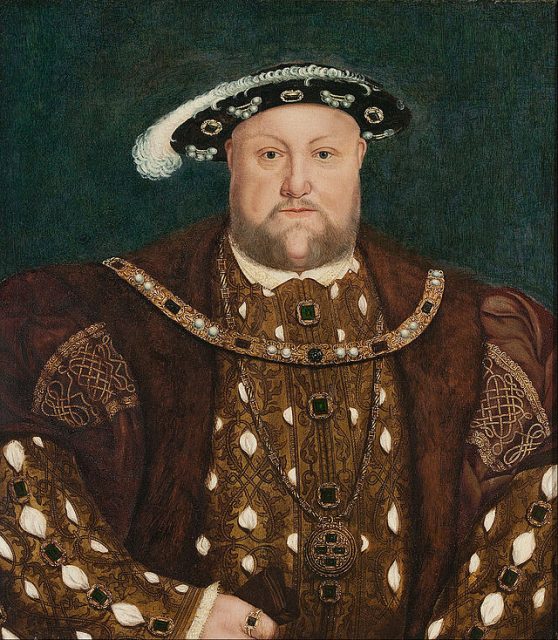 Speaking of royal bathroom habits, King Henry VIII took his bowel movements seriously. One of his decrees was the introduction of a new position: the Groom of the Stool. While it might sound like a terrible job, it was one of the more sought-after positions within the English court.

To fill the position, Henry selected the sons of his most trusted nobles and tasked them with following him with a portable toilet. This ensured he could do his business wherever he went. The Groom of the Stool had to be ever-vigilant, watching Henry as he ate and preparing for when the King needed his services.

It was a highly-respected job, as the Groom of the Stool was given intimate access to Henry. He also got to reside in the castle and was paid a high salary. 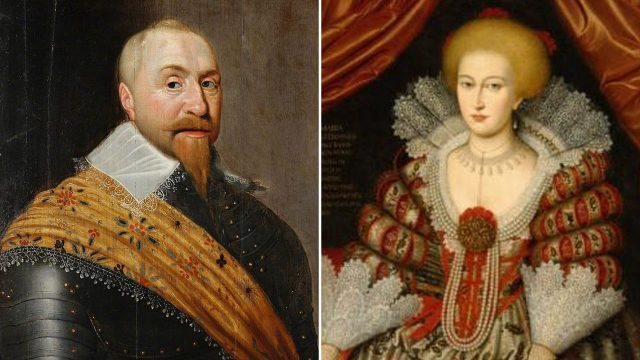 Joanna of Castile wasn’t the only one to keep her dead husband close. Queen Maria Eleonora also didn’t want to lose her husband after his death. When King Gustavus Adolphus passed away, she removed his heart from his chest so she could sleep with it.

The Queen had Gustavus’ heart placed in a golden box, which she placed above her bed each night. According to her daughter, Christina, Maria Eleonora sometimes made her climb into bed with her, so she could be close to her father. The experience had life-long effects on the young royal.

Queen Elizabeth I of England had a toxic beauty regimen 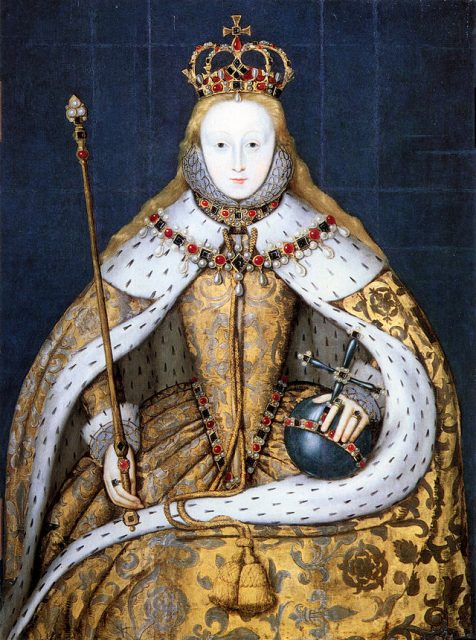 Royals are known to go to great lengths in the pursuit of beauty, but Queen Elizabeth I took things to the extreme with her beauty regimen. She reigned for 45 years, during which she suffered from a case of smallpox. She survived, but her face was left scarred and pockmarked.

More from us: Bed, Bath, And Beyond Facts About Hygiene In The Middle Ages

To hide the effects of the illness, Elizabeth used makeup laced with toxic chemicals. She applied one layer containing white lead (and sometimes arsenic), while the second layer was a mixture containing mercury. The result was a face that slowly poisoned her.