We’ve all seen some rather bizarre royal weddings and wedding nights in movies and TV (and even real life). But what about high-profile weddings from history? Not all royal post-nuptial proceedings have been as private as they are now. Check out these mergers, which were quite memorable—for all the wrong reasons. 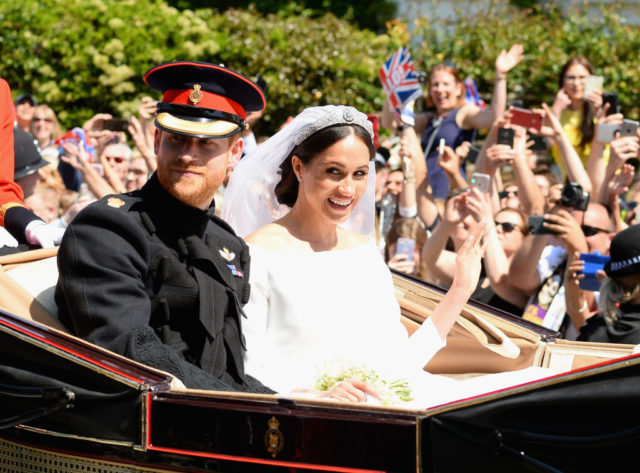 Prince Harry, Duke of Sussex and Meghan, Duchess of Sussex leave Windsor Castle in the Ascot Landau carriage during a procession after getting married at St Georges Chapel on May 19, 2018 in Windsor, England. (Photo Credit: Eamonn M. McCormack/Getty Images)

Centuries ago, in Prince Harry’s home turf of England, wedding nights were a family affair. Bedding ceremonies, as they were known, involved the bride and groom being put in their marital bed by family members and friends.

The ceremony kicked off with a priest blessing the royal bed. Afterward, the couple drank from goblets of wine and prepared themselves for the big moment. The groomsmen and the bridesmaids, positioned along the sides of the bed, tossed the couple’s stockings at them (according to superstition, anyone lucky enough to score a “direct hit” would soon marry). 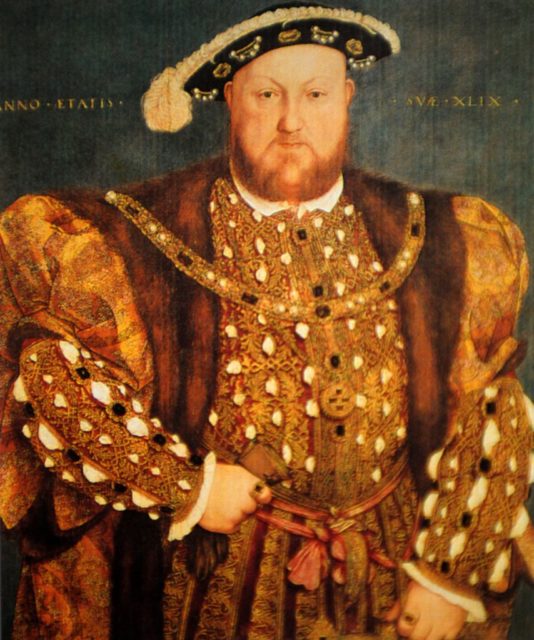 When the fun and games were over, the curtains around the bed were drawn around and the couple was left to their own devices. After the 1509 wedding of Henry VIII and his first wife, Catherine of Aragon, “Catherine was led from the wedding feast by ladies in waiting, then courtiers de-robed Henry in the bedchamber,” according to historian Lucy Worsley.

“Until the very last minute, the room would have been full of people cheering them on.” 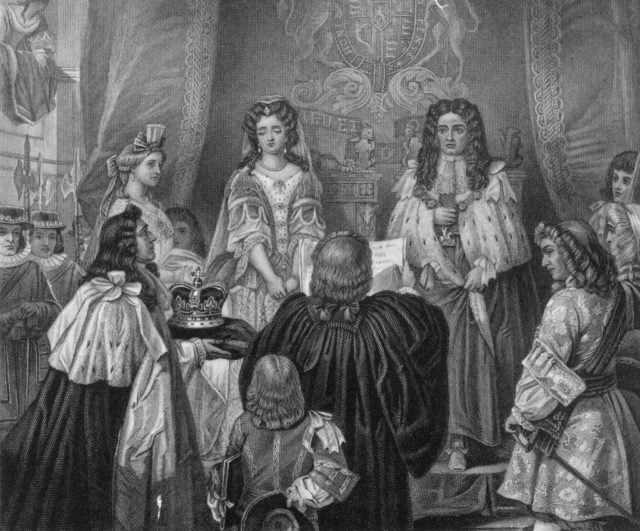 The crown of Great Britain being offered to William of Orange and his wife, Mary by the Lords and Commons at Whitehall. (Photo Credit: Hulton Archive/Getty Images)

Some newlyweds simply said “no way” to the bedding ceremony. King Charles I of England (1625–1649) actually barred the door of his bedroom.

Still, the custom would continue for another century. In fact, decades down the road, the consummation of the future King William III, also known as William of Orange, and his bride Mary II of England, was witnessed by his uncle Charles II, who not only shouted words of encouragement but offered advice to the couple.

Not a match made in heaven 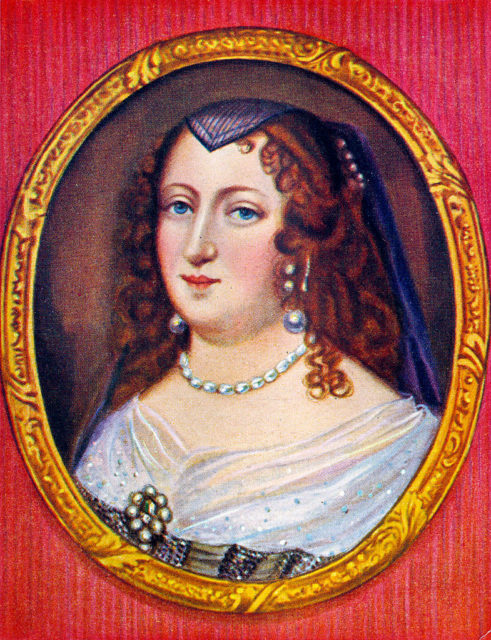 Anne of Austria. Portrait of the Queen of France and Navarre and Regent for her son, Louis XIV of France. (Photo Credit: Culture Club/Getty Images)

Talk about young love. Anne of Austria was just 11 years old when she was betrothed to King Louis XIII of France, also 11, in 1612. (In fact, the two royals had both been born in September 1601, within days of each other.) They were officially married three years later, at age 14. It was customary for a young bride and groom to live apart until they reached a more appropriate age.

But the royal families insisted the couple consummate the marriage as soon as possible, so there could be no chance of annulment. What could possibly go wrong? Actually, quite a bit. Unlike his overtly masculine father, Henri IV, the groom wasn’t quite as comfortable with the opposite sex—and that’s putting it mildly. Legend has it, Louis had to be carried to the wedding bed. The deed was done with two nurses in attendance. 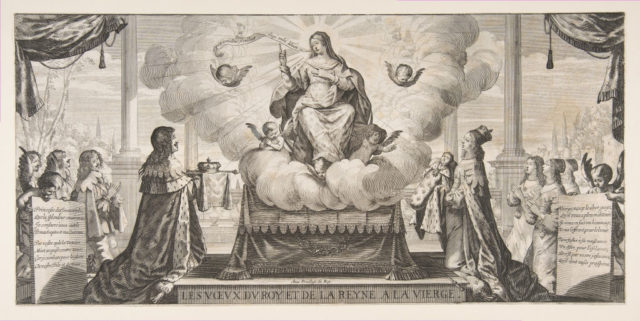 Louis XIII and Anne of Austria Entrusting the Kingdom and the Prince under the Protection of the Virgin. (Photo Credit: Heritage Art/Heritage Images via Getty Images)

The following morning, Louis’s mother, the Queen-Regent, perused the sheets, searching for traces of virginal blood. The nurses assured her that the act had been performed—twice. Perhaps. Once his honeymoon night was over, the 14-year-old king never returned, a sticky concern in terms of diplomacy.

Fortunately, a quick-witted cousin offered a solution. Since she was soon to be hitched, she and her fiancé invited the young and coitally-clueless king to watch them in action on their wedding night. And that he did, applauding as they performed for him. Twice.

Dumplings and an anxiety attack 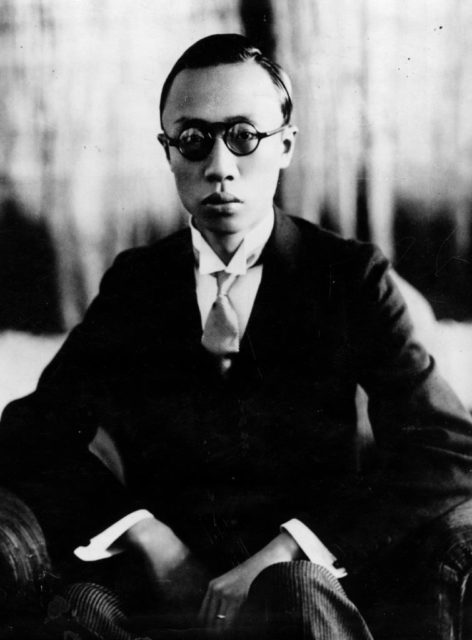 It wasn’t just European rulers whose post-wedding nuptials became famous. After the abdication of the Chinese monarchy in 1912, Puyi was an emperor in name only. Even so, the figurehead’s wedding was held in the imperial Forbidden City and was an elaborate affair. Puyi chose his wife, Gobulo Wanrong, as well as his official concubine, at age 16, from photographs. The ceremony took place on December 1, 1922, a date chosen by the imperial astronomers.

But even the royal star-gazers couldn’t have foreseen the problems ahead. After a meal of dumplings (served to signify a marriage with children) and noodles (representing longevity), Puyi, Wanrong, and his concubine (who the emperor married the same night) were escorted to the Palace of Earthly Tranquility, where all Chinese emperors consummated their unions.

Was the union ever consummated? 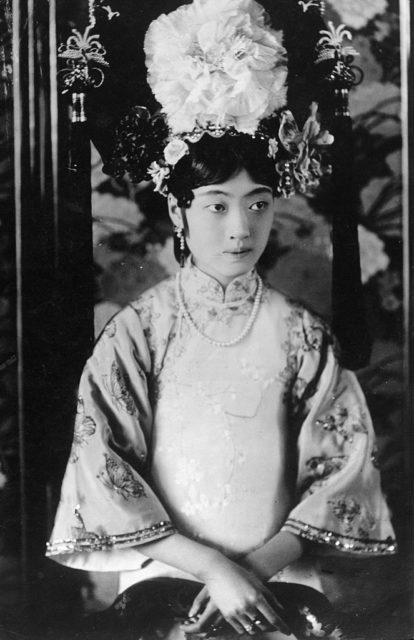 However, the groom, overwhelmed by the night’s festivities, as well as the chamber’s red surroundings (representing love and sex in Chinese culture), had an anxiety attack and fled the Dragon Bed—leaving his young wife understandably confused.

More from us: Tragic Royal Heirs Who Died Before They Could Reign

This incident, combined with the couple’s failure to produce an heir, led some to believe the union was never consummated—either because Puyi was sexually immature, impotent, or, perhaps, gay.