Tragic Royal Heirs Who Died Before They Could Reign

Until 2022, Prince Charles held the record for being the longest heir apparent – that is, spending the longest time as the heir to the throne during their parents’ lifetime.

However, there were some heirs apparent who didn’t outlive their parents. From foolhardy shipwrecks to the man who should have been king instead of Henry VIII, we look at nine individuals who never made it to the throne. 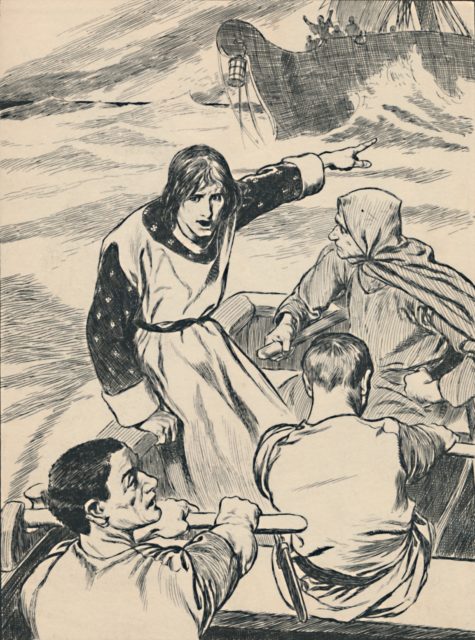 Prince William Returns To Save His Sister’, circa 1907. From My Book of True Stories. [Blackie and Son Limited, London] Artist Unknown. (Photo Credit: The Print Collector/Getty Images)

When William and his father – Henry I – set off from France to England, they traveled in different boats. William’s father set off first, but William proceeded to get riotously drunk with his friends because his ship, the White Ship, was the swiftest vessel in the fleet, and he had no doubt they’d catch up to his father.

The White Ship didn’t set off until it was dark, so it’s of little surprise that they ran aground on a rock in the bay. William might have survived if he had not insisted on trying to rescue his half-sister Matilda of Perche. William, Matilda, and a number of drowning sailors tried to climb aboard, capsizing the ship’s life-dinghy.

The incident was known as The White Ship Disaster. Since he was the only legitimate male heir, William’s death led to The Anarchy, a brutal English civil war. 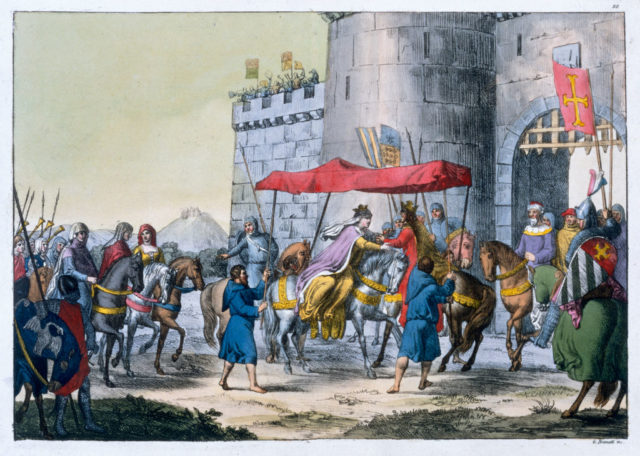 The wedding of Henry’s parents, Edward I and Eleanor of Castile, 1254 (19th century). Eleanor (1241-1290) was the daughter of Ferdinand III of Castile and Leon. Henry III of England agreed that his eldest son, the future Edward I, would marry Eleanor in return for Ferdinand’s successor, Alfonso X, giving up his claim to Gascony and transferring it to Edward. Eleanor and Edward were married on 1st November 1254 at the monastery of Las Huelgas in Burgos. (Photo Credit: Historica Graphica Collection/Heritage Images/Getty Images)

Things weren’t looking bright for Edward I and Queen Eleanor when eight of their 14 children died. Henry was the second son of Edward Longshanks. When Henry’s older brother John died at the age of five, Henry was second in line to the throne (his grandfather was still alive and ruling, so his father was first in line).

Henry saw little of his parents, who were away on Crusade for most of his short life. A rather sickly child, he didn’t make it to his seventh birthday. His parents were both away, so he spent his last days with his grandmother, Eleanor of Provence. 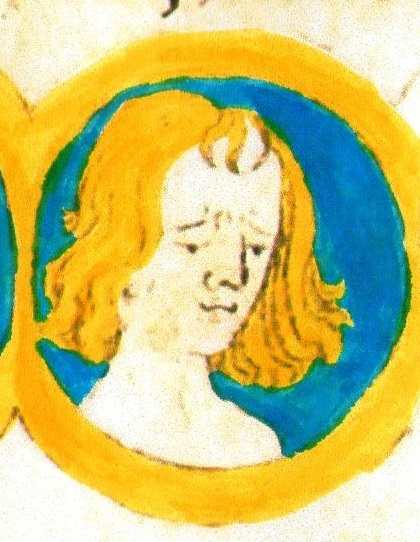 After his old brothers John and Henry passed away, Edward I’s third son Alphonso became heir apparent at 11 months old. Had he survived, he would have become King Alphonso I of England.

He made it to 10 years old, at which point he was betrothed to Margaret of Holland, but he died a year later before the wedding could take place.

After John, Henry, and Alphonso were gone, youngest brother Edward was the only surviving male heir, and he ascended to the throne in July 1307, becoming King Edward II. 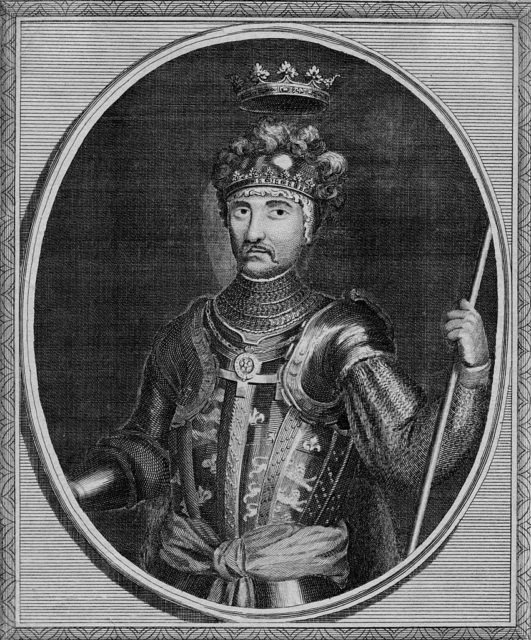 An engraved portrait of Edward Prince Of Wales (1330-1376) also known as the Black Prince, circa 1360. (Photo Credit: Epics/Getty Images)

Jumping forward a bit to the son of King Edward III, there’s Edward of Woodstock, later known as the Black Prince. He was a gifted military leader, but it was likely that the dysentery that eventually killed him was contracted during one of his campaigns.

It’s unclear whether he got his nickname from his black shield and armor or whether it was due to the brutal deeds he committed when he fought in France.

As Edward died before his father, it was his son Richard who was later crowned Richard II. 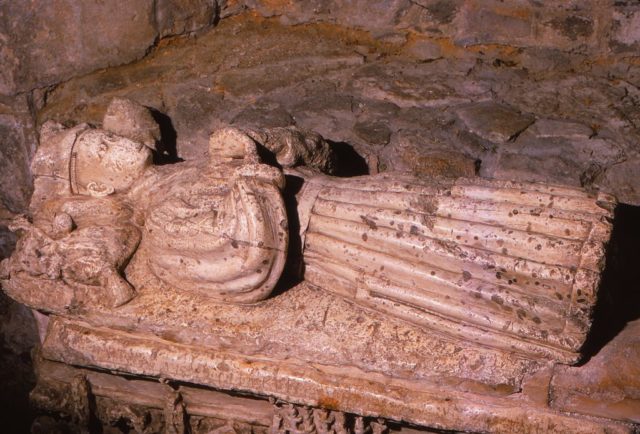 Henry VII and Richard III were caught up in the final stages of the Wars of the Roses, but neither one of them had any luck with their firstborn heirs.

Richard III and Anne Neville had only one male child: Edward, who was born and raised in Middleham Castle, one of Richard’s strongholds. Unfortunately, Edward was a sickly child and died when he was around seven to ten years old.

One historical source noted the effect that learning of young Edward’s death had on Richard and Anne: “On hearing the news of this, at Nottingham, where they were then residing, you might have seen his father and mother in a state almost bordering on madness, by reason of their sudden grief.”

At the Battle of Bosworth Field, Richard lost his life and his enemy, Henry Tudor, became Henry VII. 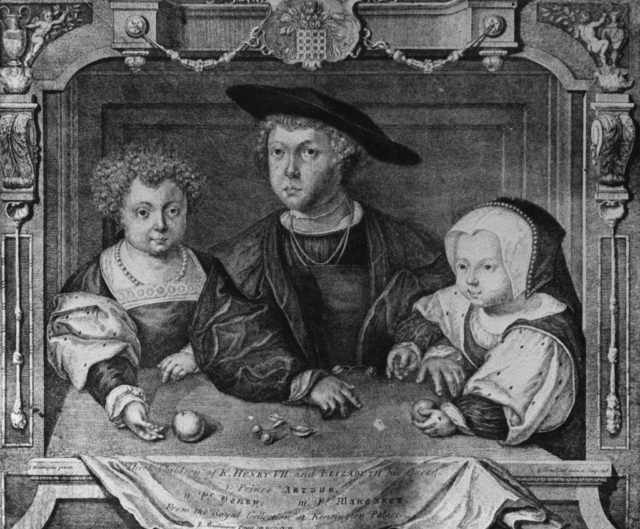 The firstborn son of Henry VII and Elizabeth of York is perhaps the greatest “what if” heir in the English royal dynasty, because Arthur was the older brother of King Henry VIII, one of England’s most notorious kings. If Arthur had survived, Henry would have gone into the church instead.

Young Arthur was named for the king of Camelot in the hope that he could bring peace and wisdom to a country plagued by war. Betrothed as an infant, Arthur married Catherine of Aragon when they were both only 15 years old.

In March 1502, both of them succumbed to a mysterious illness. While Catherine recovered, Arthur died. He wasn’t even 16 years old by then. 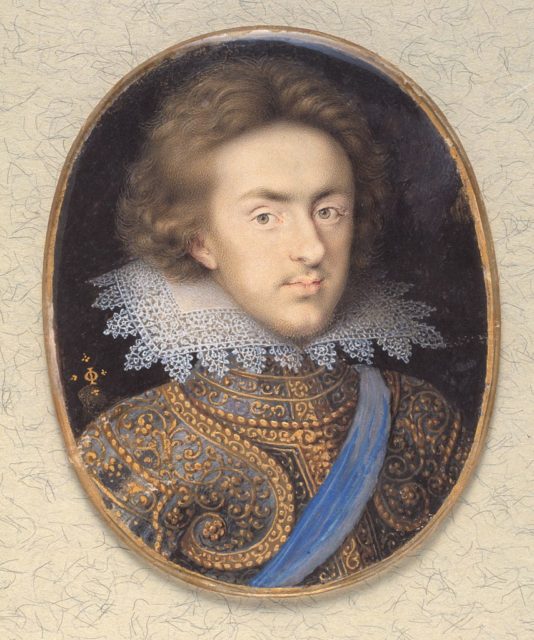 Another “what if” prince was Henry, the older brother of Charles Stuart, who would go on to become Charles I.

Henry was witty, lively, and popular with the people. He clashed with his father in private and in public. One story relates how James I berated his son on a hunting expedition for not being enthusiastic enough. Henry moved to strike his father with his cane but thought better of it. Instead, he rode off – and most of the hunting party went with him rather than stay with the king.

It’s possible that he also disliked and teased his younger brother, Charles. On one occasion, Henry put a bishop hat on Charles’s head and said that when Henry was king, he’d make Charles Archbishop of Canterbury so he’d have a long robe to hide his ugly legs. Charles threw the hat to the floor, stamped on it, and was led away in tears.

When Henry died from typhoid fever at 18 years old, the nation saw it as a tragedy. He had been much loved, and his knowledge and leadership skills had won him many allies.

All his titles passed to his younger brother, a boy who would grow up to become a king and ultimately be executed for high treason. 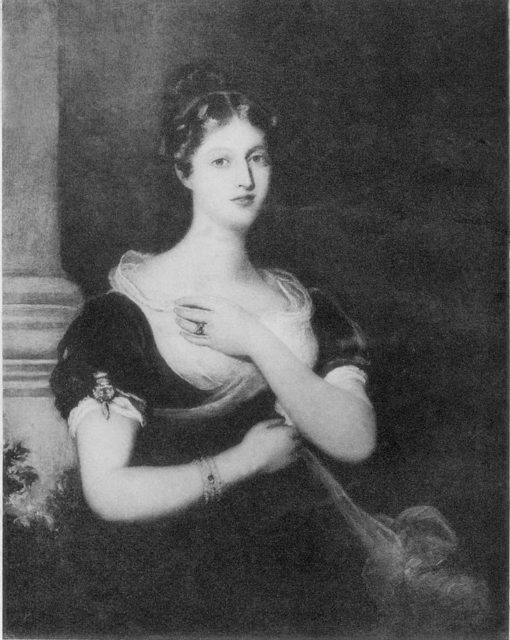 circa 1816: Princess Charlotte Augusta (1796 – 1817), the only daughter of King George IV. She married Prince Leopold of Saxe-Coburg in 1816, but died in childbirth the following year. (Photo Credit: Hulton Archive/Getty Images)

If this princess had lived, Britain would have had a “Charlottean” era rather than a Victorian one.

When King George IV was still the Prince of Wales, he married Caroline Brunswick. It was clear to everyone from the outset that the pair were not well-matched, and Charlotte was their only child before they separated.

The young princess was loved by many for her spirited and charismatic nature, but some felt her exuberant behavior to be undignified.

Being the only heir to the throne, her father took some care in selecting a suitable husband for her – which Charlotte outright rejected. Instead, she’d set her sights on Prince Leopold of Saxe-Coburg-Saalfeld. Eventually, she won her father round to her way of thinking, and they were married in May of 1816.

Her first pregnancy resulted in a miscarriage, but everyone had high hopes for her second pregnancy. The baby was due on October 19, 1817, but it took until November 3 for her contractions to begin. She gave birth to a stillborn son on November 5, then died herself the next day.

The nation’s grief was heavy. As noted by History Extra: “Linen drapers ran out of black cloth, and even the homeless went about wearing black armbands. … It was as if normal life had suddenly ground to a halt. Every shop in Britain closed its doors for two weeks, as did the Royal Exchange, the law courts and the docks. Even the gambling dens were closed on the day of Charlotte’s funeral.” 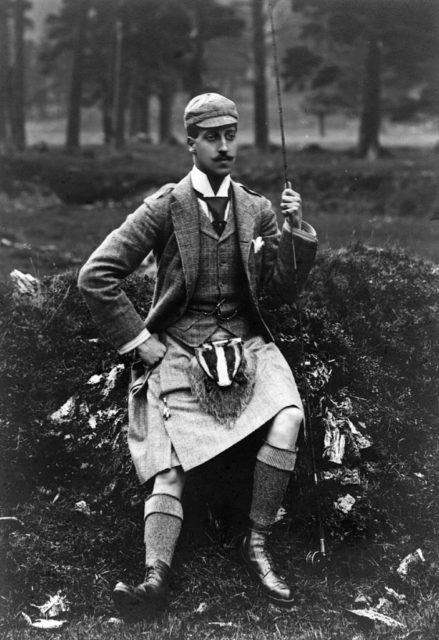 Albert Victor’s fate is similar to that of Henry Tudor, in that he died at a young age and his almost-widow (she was only his fiancée at the time) was married to his brother who went on to become a notable king.

Albert Victor Christian Edward, known to his friends as “Eddy,” was the eldest son of Albert Edward (who would become King Edward VII) and Alexandra of Denmark.

Described by some as gentle and sensitive, others thought he might be a possible suspect for Jack the Ripper (although documents indicate that he was not in London when the Whitechapel murders were committed).

His tutor, John Neale Dalton, said his mind was “abnormally dormant,” meaning he learned more slowly than his brother George. Although Victor Albert went to Trinity College, Cambridge, when he was 18 he was excused from exams. He was granted an honorary degree in 1888 instead.

In July 1889, police raided a brothel on Cleveland Street in London. At the time, homosexuality was a crime that could result in legal prosecution and social ostracism. It has never been proven whether Albert Victor had visited the brothel at all, but rumors suggested so, and the scandal was certainly hushed up.

Possibly in an effort to quash rumors, Albert Victor’s family started to look around for a suitable bride. Queen Victoria suggested two princesses, but the first turned Albert Victor’s proposal down while the mother of the second opposed the marriage.

Eventually, Albert Victor was engaged to Princess Mary Adelaide, the Duchess of Teck, and the wedding was set for February 27, 1892. However, he never made it to the altar, as he succumbed to the influenza pandemic of 1889-1892. Less than a week after his 28th birthday, he passed away.

More from us: The Fierce Medieval Queens History Has All But Forgotten

The nation, and Albert Victor’s family, took his death hard. His younger brother George wrote: “how deeply I did love him; & I remember with pain nearly every hard word & little quarrel I ever had with him & I long to ask his forgiveness, but, alas, it is too late now!”

George went on to marry Princess Mary, and she became queen when he acceded to the throne in his brother’s place in 1910.