Thanks To Princess Diana, Prince William Will Be The First Descendant Of Charles II To Sit On The Throne

In Britain, the heirs to the throne are pretty clear. When Elizabeth II passes away, her son, Prince Charles, will take over. After he’s gone, it’ll be the turn of Charles’s son, Prince William, the Duke of Cambridge.

But when William ascends to the throne, he will have a particularly unique claim, one that his father and grandmother lack. He will be the first descendant of King Charles II to reign, and that’s something he obtained from his mother, Princess Diana.

King Charles II and his many illegitimate children 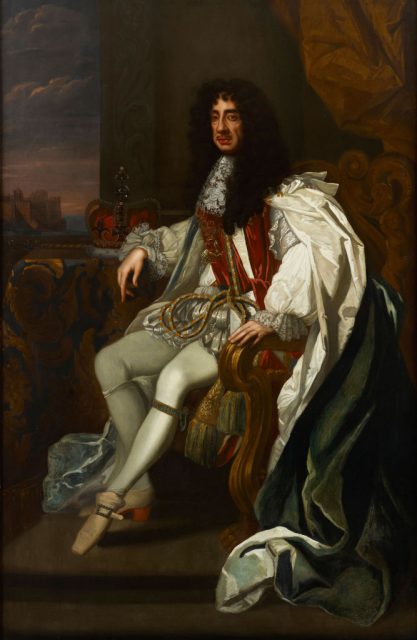 Portrait of Charles II of England (1630-1685), in the robes of the Order of the Garter. Private Collection. (Photo Credit: Fine Art Images/Heritage Images/Getty Images)

King Charles II ruled England, Ireland, and Scotland from 1649 to 1685. Although he fathered several illegitimate children, he was unable to father children with his wife, Catherine of Braganza. When Charles died without a direct descendant, his brother, James, Duke of York, became king instead. He was known as James II and VII of Scotland.

Both Prince Charles’s wives are descendants of Charles II 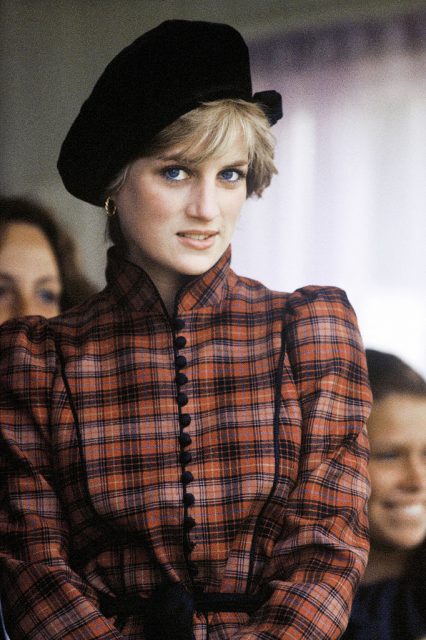 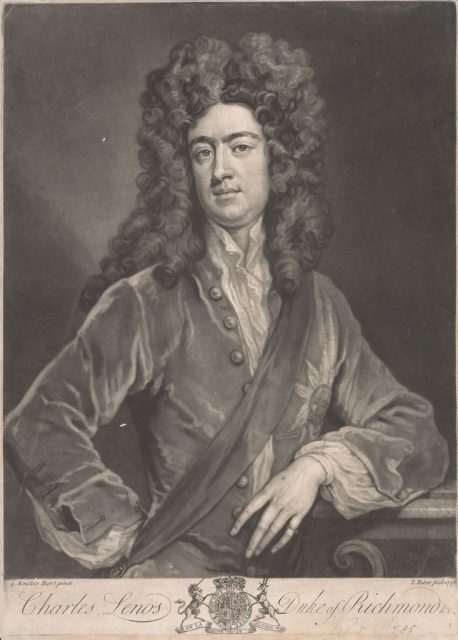 With all the intermarrying, it can be difficult to trace the lineage, but it can be summarized as follows.

The son of Charles II and Louise de Kérouaille was Charles Lennox, 1st Duke of Richmond. The title and name passed through the various sons of the family until the 5th Duke of Lennox had a daughter who married Charles Bingham, 4th Earl of Lucan. The daughter of this marriage, Lady Rosalind Bingham, changed the name when she married James Hamilton, 3rd Duke of Abercorn. 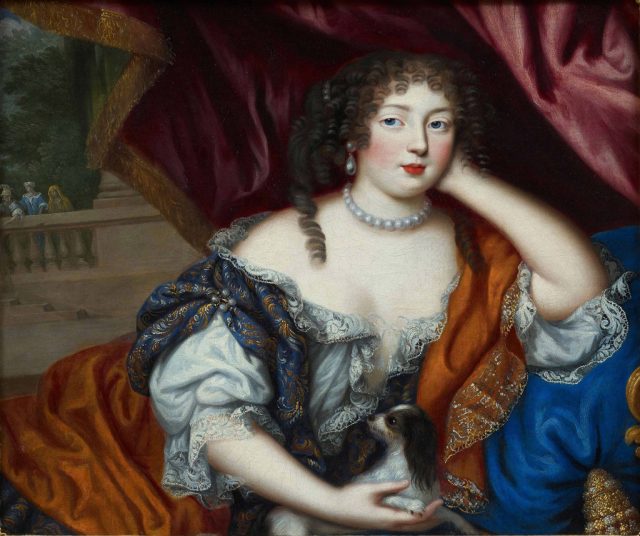 Finally, their daughter Lady Cynthia Hamilton married the 7th Earl Spencer, and that’s when we get a more familiar name because Princess Diana was Lady Diana Spencer before she got married.

However, interestingly enough, according to both the Wrong Side of the Blanket website and Unofficial Royalty, Prince Charles’s second wife, Camilla Duchess of Cornwall, can also trace her lineage back to Louise de Kérouaille as can Sarah, Duchess of York. 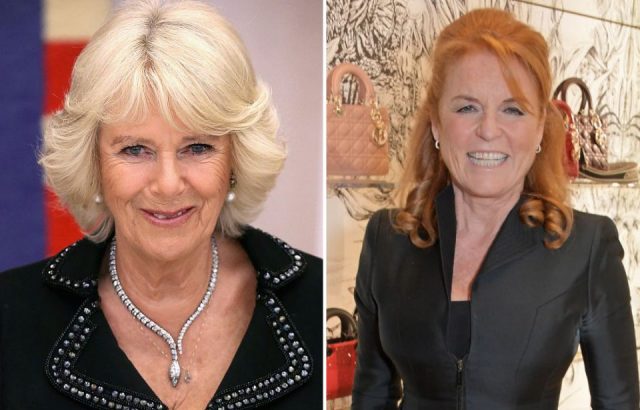 Prince William is also descended from the Stuarts

Through his mother’s Spencer line, Prince William also has a royal connection to the house of Stuart. The lineage is looked at in detail on the Unofficial Royalty website.

This ancestry begins with the powerful half-brother of Mary Queen of Scots, James Stewart. Known as the Earl of Moray, he was a staunch Protestant who ended up being part of a coup that deposed Mary and left her son (and Moray’s nephew) as James VI of Scotland. 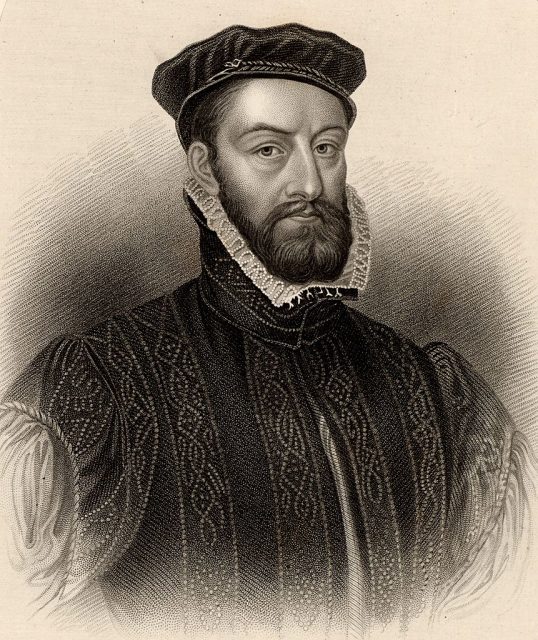 The Earl of Moray served as Regent for his nephew, but was eventually assassinated. When he died, he left behind a daughter who became Countess of Moray and married a Stuart kinsman.

Unofficial Royalty notes that “if they had been legitimate lines of descent, several of the ancestors in the Spencer-Hamilton lineage would have been senior in the line of succession to the Hanover/Windsor family. But as it is, all but one of the instances… are of children born to royal mistresses, and the one exception comes from a marriage of dubious validity.” 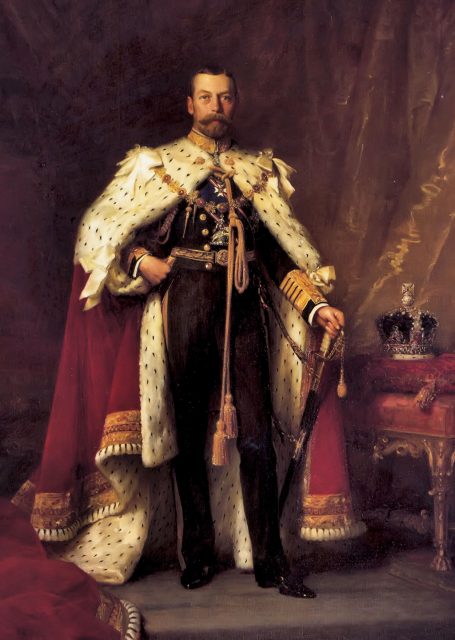 Of course, Prince William’s main claim to the throne is from being part of the House of Windsor, the reigning royal house. The name “Windsor” was adopted on July 17, 1917. The king at the time, George V, was a member of the houses of Hanover (through Queen Victoria) and Saxe-Coburg and Gotha (through Prince Albert). However, during that period in history, the world was full of anti-German sentiment, and George V wanted to distance himself from such a German name. Consequently, the royal family name was changed to something more British.

More from us: Royal Family Photo from 1909 Shows “Lost Prince” who was Hidden Away from Public

Prince William’s ancient ties to Charles II and the Stuart ancestors not only put him in a unique position but also provide a pleasing sense of circularity to those who like documenting the royal family.