Six Mysteries About Anne Boleyn (Or Should That Be Nan Bullen?)

Anne Boleyn is a household name. She was the second wife of Henry VIII, and the king broke away from the Pope in Rome just so he could marry her.

Yet despite her notoriety, there are still various mysteries surrounding one of Britain’s most famous queens.

No one knows when she was born 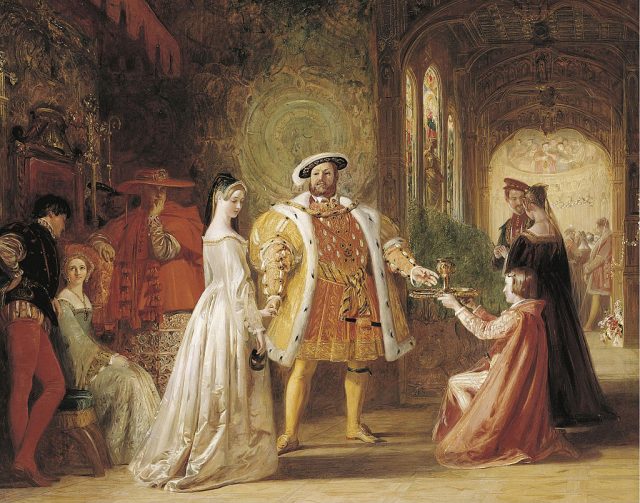 Catherine of Aragon, King Henry VIII’s first wife, was born on December 16, 1485. Being a princess of Spain meant that her birth was both documented and celebrated.

But Anne Boleyn was, by comparison, a nobody at birth. She was the daughter of Thomas Boleyn, who became the Earl of Wiltshire, and Lady Elizabeth Howard, daughter of the 2nd Duke of Norfolk. A lack of parish records in the Norfolk parish where Anne and her siblings were born meant we have no definite birth dates for Anne, Mary, or George.

Various dates have been put forward over the years, but generally, historians believe that it was sometime around 1501. 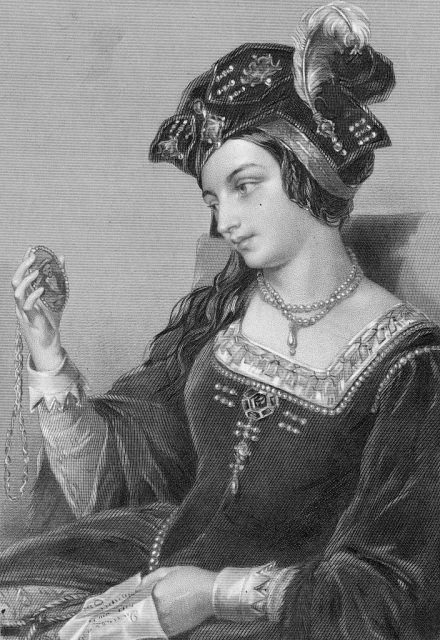 You would think that we would definitely remember the name of a woman who overturned the faith of a nation. However, in some places, she is called “Nan Bullen” or “Anne Bullen.”

There are two theories as to why Anne might have had different names. The first is that she really was “Anne Bullen,” but the French court found it difficult to pronounce her name when she served there. Consequently, “Bullen” became “Boleyn” as that was easier for the French to say. Thinking this new surname more dignified, Anne kept it when she went to the English court.

When Anne was accused of witchcraft, people started referring to her as “Bullen” once more because it was a way of making her sound like a commoner rather than a courtier. “Nan” is a pet name for those called “Anne,” so throwing that into the mix made her sound even less grand.

A second theory states that the two names are different simply because there was no standardized spelling at the time. Letters reproduced by The Anne Boleyn Files website indicate that Anne herself didn’t keep the same spelling all the time. In a 1526 letter to Henry, she signed as “Anne Bulen,” while a letter she wrote to Cardinal Wolsey two years later was signed “Anne Boleyn.”

No one can be sure what she looked like 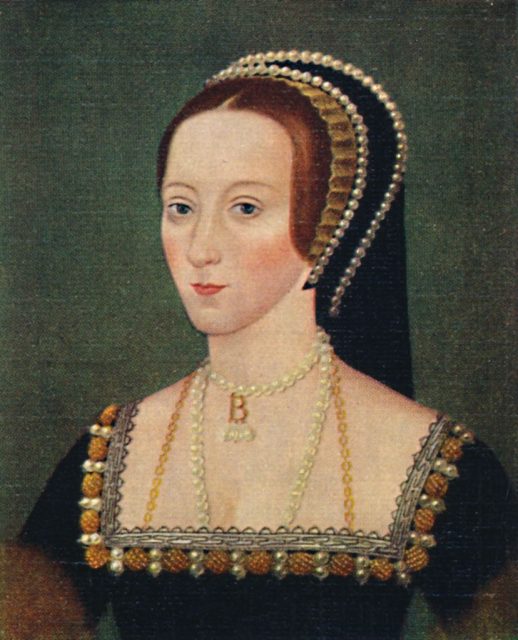 After Anne’s death, Henry wanted all trace of her erased. So, he burned all the portraits of her that he could find, leaving history with only those painted after her death.

Historian Lucy Worsley presented a BBC series called Royal History’s Biggest Fibs with Lucy Worsley. In one episode, she explains how a small medallion is the only surviving likeness made during Anne’s lifetime. All other images we have of this infamous queen have been painted later.

Adam Pennington goes into some detail comparing all the likenesses in an article for The Tudor Chest website. He notes that the four most famous portraits of Anne don’t look very similar, leading historians to wonder just which one is most accurate.

Did she have a sixth finger? 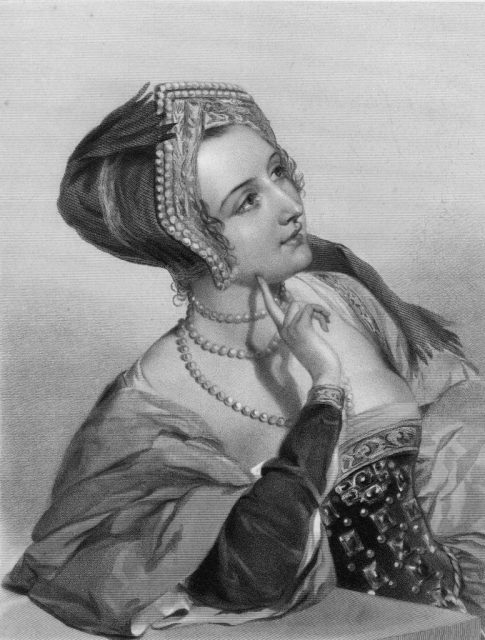 Circa 1533, Anne Boleyn, Queen of England from 1533 -1536, wife of Henry VIII, who beheaded her for treason. (Photo Credit: Hulton Archive/Getty Images)

While many people claim she must have been a beauty to have tempted Henry away from Catherine, being at the heart of a divide between Catholicism and Protestantism meant that some commentators weren’t so complimentary.

Nicholas Sander was a Catholic propagandist who gave us one of the most enduring pieces of information about Anne: that she had six fingers. He also alleged that she had a tooth sticking out from under her upper lip and a cyst on her neck that she hide through jewelry and clothing.

In the 19th century, Anne’s body was exhumed so that it could be checked as to whether she had a sixth finger. She did not. 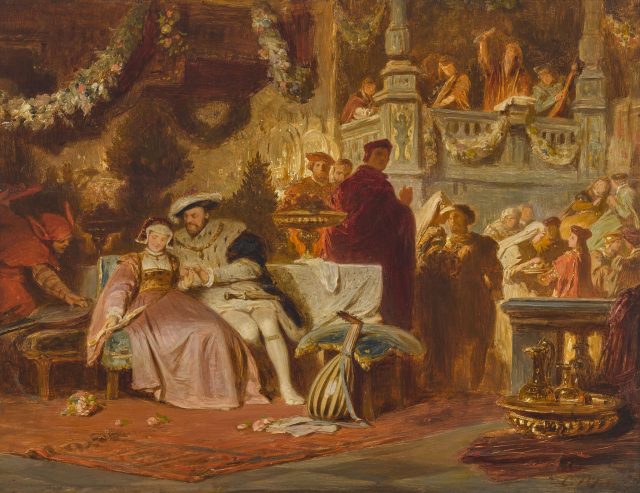 History would have us believe that Anne was guilty of witchcraft, adultery, and incest with her brother. But some think she might have been framed by her enemies.

Anne was found guilty of sleeping with five different men 21 times over three years. However, if you look closely at the alleged times of these meetings, you will find that on 13 occasions, it would have been impossible for Anne and the adulterer to meet because they were in different places.

In her book Anne Boleyn: 500 Years of Lies, Hayley Nolan points out that one contemporary source of information was Eustace Chapuys, the Spanish Ambassador who had supported Catherine of Aragon. He would naturally be biased in his reporting. Furthermore, later records were written and interpreted mostly by men, who would be inclined to the view that a woman could only gain power through sex, trickery, and witchcraft.

But why would anyone want to frame the queen? Theories range from the fact that Anne was an outspoken woman in a time when women were supposed to be seen and not heard, to the idea that Thomas Cromwell blamed her family for the downfall of his patron Cardinal Wolsey and wanted revenge.

Others suggest that she was critical of Cromwell’s dissolution of the monasteries because Cromwell was lining his pockets with the proceeds rather than giving them to charitable or educational institutions. Nolan points out that Anne had been involved in helping the Poor Law get through parliament, an act that threatened Cromwell’s own power base, giving him another motive to pull her down.

Perhaps the most telling fact to suggest that Anne was framed is that she requested a French swordsman be obtained so she wouldn’t be beheaded by an ax. A French swordsman did indeed turn up from Calais, but he arrived so quickly that he must have been ordered and already on his way before Anne’s trial even took place.

How she met her end 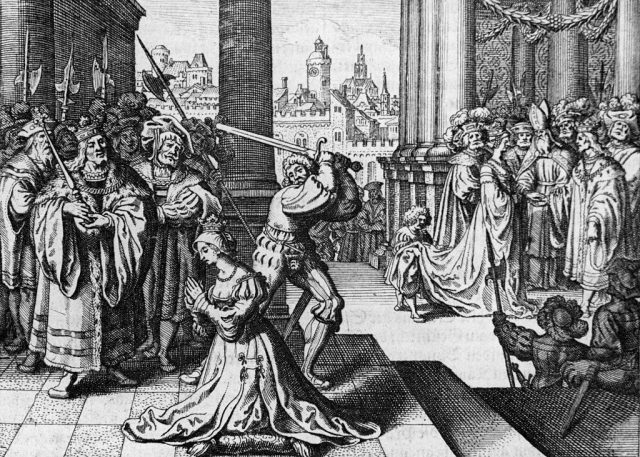 Anne was beheaded on May 19, 1536. Initially, it was thought that she was executed on Tower Green, but recent research suggests that she might have died opposite Waterloo Block, the home of the crown jewels today. There were several eyewitness reports from that day, but all of them disagree on the details.

Chapuys wrote: “The thing was not done secretly, for there were more than two thousand persons present.” However, historian Alison Wear claims in her book The Lady in the Tower that no foreigners were permitted, and Chapuys was certainly not present. Yet certain foreigners either sneaked in or had sources on the inside, enabling them to pass on details.

While some sources state that Anne mounted the scaffold looking “feeble and stupefied,” others suggested that “when she was brought to the place of her execution her looks were cheerful.” The writer of the Spanish Chronicle recorded that she “would not confess, but showed a devilish spirit.”

The same source goes on to suggest that her final speech included the words “the principal reason that I am to die is Jane Seymour” and claims that she was silenced by the men around her. However, many historians believe that Edward Hall, an official of London, got her final words down most accurately. In which case, she used her last breaths to praise the King as “one of the best princes on the face of the earth” yet still refused to admit her guilt.

French sources from the time are more sympathetic. Lancelot de Carle, secretary to the French ambassador, wrote a poem dated June 2, 1536, which described Anne as being beautiful and having an “untroubled countenance.” In stark contrast to the Spanish Chronicle, the poem suggests that Anne’s final plea for compassion moved spectators to tears.

When kneeling down to face the final blow, accounts range from having Anne appear dazed to being strong and serene. Whether she covered her eyes at the last is also contested.

More from us: “I like her not,” Henry VIII’s unhappiest wedding day

Perhaps the mystery surrounding Anne Boleyn is one of the reasons why her story has been – and will continue to be – told throughout the ages.

« Hey, These Facts About Rodney Dangerfield Are Alright
Is Keira Knightley a Time Traveler? The Best Historical Films to Feature Her »