Hey, These Facts About Rodney Dangerfield Are Alright

There’s no mistaking comedian and actor Rodney Dangerfield. With his rubbery features and crowd-destroying wisecracks, he was a more than familiar sight on TV and the big screen.

Was he as slobbish as he appeared? How did he get to the top? Where did he get his ideas? Read on to discover some alright facts about Rodney Dangerfield. 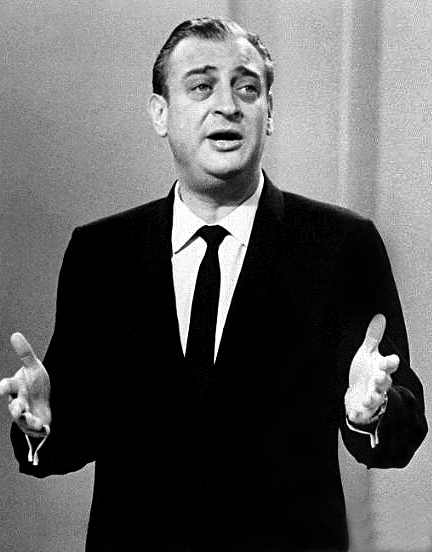 Rodney Dangerfield got his big break in middle age. The late 1960s saw his career take off on The Ed Sullivan Show. He’d actually been cracking jokes since his teens.

Dangerfield was born Jacob Rodney Cohen, though he first performed as “Jack Roy”. This became his legal name, with “Rodney Dangerfield” coming after. He reportedly borrowed the latter from a Jack Benny routine.

Dangerfield first entertained audiences from the late 1930s. Biography notes: “Despite bringing in as much as $300 a week, comedy didn’t pay well enough, and Dangerfield struggled financially.”

By 1951 he’d thrown in the towel, focusing on married life with singer Joyce Indig. He worked regular jobs but still kept a comedic iron in the fire. Luckily for Dangerfield, the sparks flew and, a couple of decades later, he was a household name. 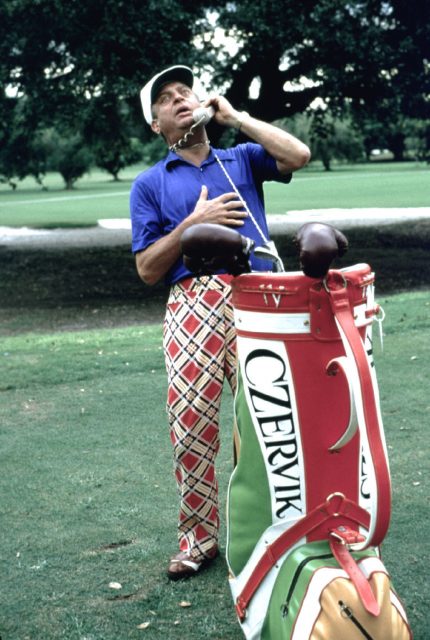 Like many comedians, Dangerfield took inspiration from the world around him. Where did his catchphrase “I don’t get no respect!” come from?

The criminal fraternity! “One night, Rodney heard a small-time older gangster talking to other gangsters about how the ‘young people don’t give me no respect’”, wrote Eddie Deezen for Neatorama. The words stuck and the rest is hilarious history.

Dangerfield famously had a slobbish persona, which he used to maximum advantage in movies like Caddyshack (1980). How close was it to the man himself? Well, never judge a book by its cover… though apparently, he’d walk around in just a bathrobe at home.

Rodney Dangerfield lit one up in the White House 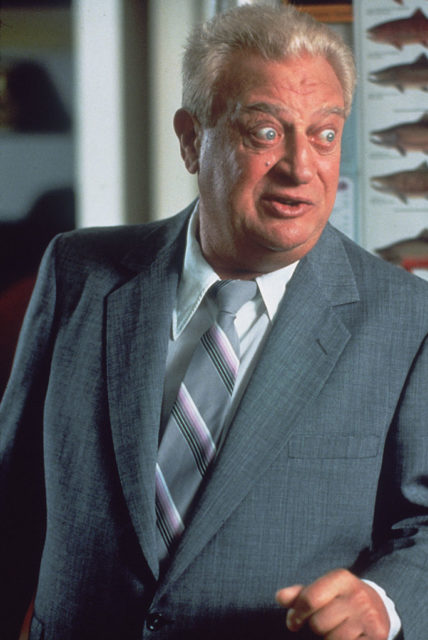 By his own admission, Dangerfield smoked marijuana at the White House in 1983.

Interviewing the comedian for Rolling Stone in 2004, Erik Hedegaard wrote: “the only days he isn’t smoking pot are the days when he’s in surgery or similarly indisposed”.

Amusing though it may be, Dangerfield lit up to cope with various personal problems. His wife Joan wrote about his acute anxiety and manic depression. He suffered a hard upbringing, with an absentee father and less than sympathetic mother.

Second wife Joan Dangerfield (nee Child) said her husband had “a fantastically unique mind. Few people knew he was a mathematical genius, but everyone knew he was hilarious.” For better or worse, pot played a major role in his day-to-day life. 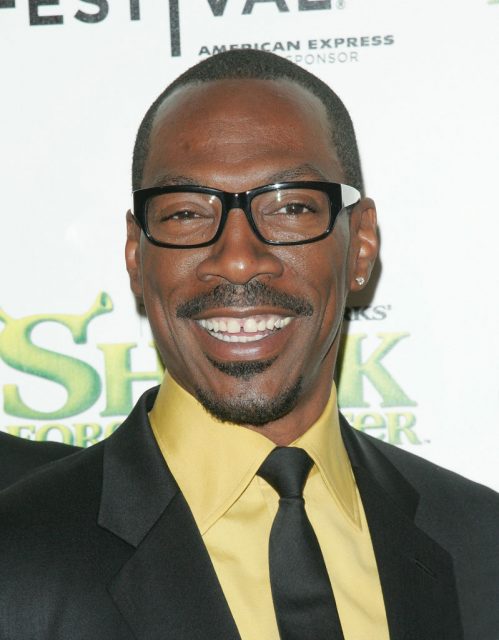 Like Rodney Dangerfield, Eddie Murphy began doing stand-up at the age of 15. The veteran comic was known for encouraging young talent. He agreed to check out Murphy’s act. When it came, the feedback was funny… unintentionally.

Murphy spoke to W Magazine in 2020, where he mentioned Dangerfield’s comments. “I don’t know where you’re going to go with that,” he told the young performer, who’d just performed a near-the-knuckle set: “ya know, the language and the race stuff”.

The answer was Hollywood. Murphy also revealed that he found himself next to Dangerfield at a Caesar’s Palace urinal, years after their encounter. As usual, Dangerfield had a line: “Who knew?” 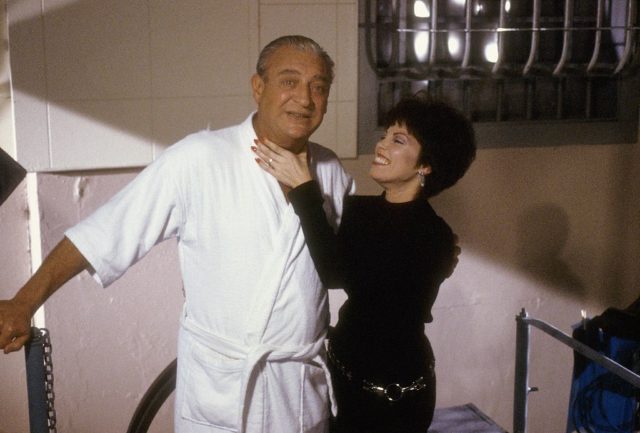 Comedian Rodney Dangerfield and singer Pat Benatar pose for a photo on the set of the music video for “Rappin’ Rodney” in 1983 in Los Angeles, California. (Photo Credit: Michael Ochs Archive/Getty Images)

For his 1980s spoken word comedy album Rappin’ Rodney, Dangerfield co-wrote a music track that would propel him to number 83 on Billboard’s Hot 100.

The release also bagged him a Grammy nod for Best Comedy Recording. Check out Rodney performing it live at this link.

He worked with Stanley Kubrick 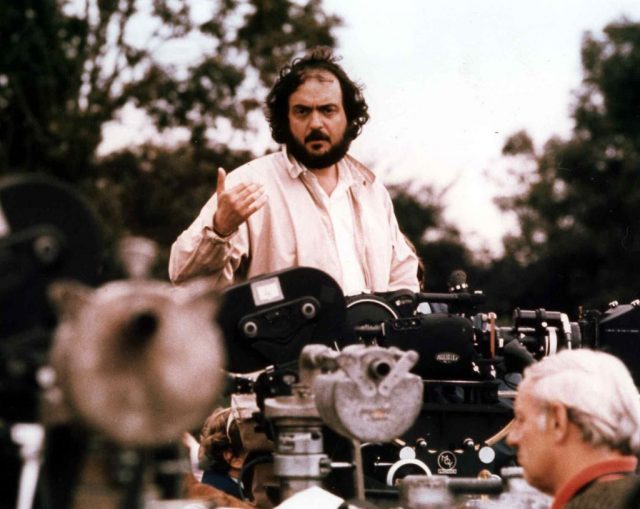 The Killing (1956) is regarded as a classic early work from the great director. Dangerfield popped up as an “Onlooker”. Stories of him being considered for the lead in The Shining are… totally made up.

Dangerfield’s movie career never went highbrow, though he attracted attention for his role as an abusive father in Natural Born Killers (1994). Directed by Oliver Stone from a story by Quentin Tarantino, it featured Dangerfield playing things straight. 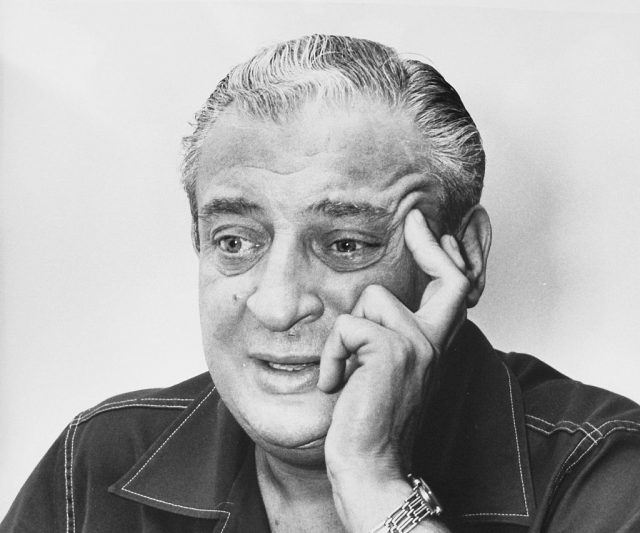 He played Mr. Burns’ long-lost son Larry in The Simpsons episode “Burns, Baby Burns” (1996). Commentary on the DVD release by writers Ian Maxtone-Graham and Josh Weinstein revealed that the role was written with Dangerfield in mind.

The team made their own attempt at writing some Dangerfield-style humor. They were thrilled when he added some funnies of his own.

Rover Dangerfield and other roles 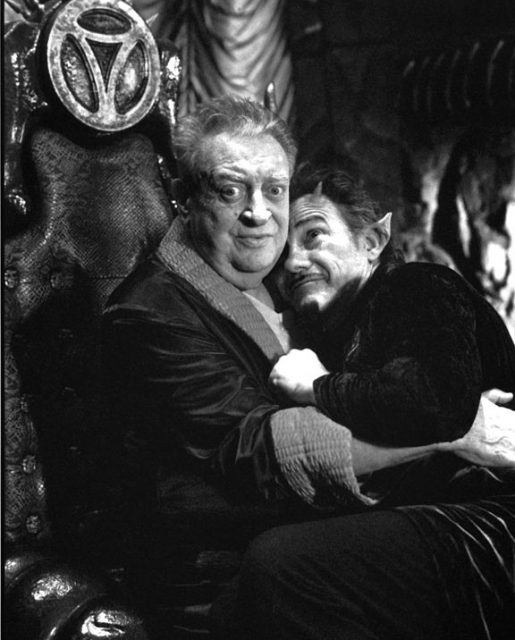 A few years earlier, Dangerfield voiced his very own lead animated character in an animated film. Rover Dangerfield was a joke-spouting hound who lived with a Vegas showgirl. The cast included Tress MacNeille, known for her work on The Simpsons.

As noted on Neatorama, Dangerfield played both good and evil to perfection. The Adam Sandler comedy Little Nicky saw him take the role of Lucifer in 2000.

He then was God in Angels with Angles, released after his death in 2005. The cast featured Adam West and Frank Gorshin from the Batman TV series.

His clothes are iconic 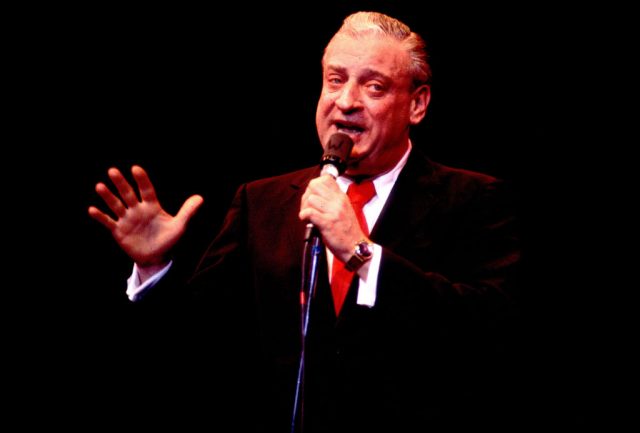 Dangerfield’s stand-up suit is still standing, courtesy of the Smithsonian Institution. What would he have made of it? After years of struggling to establish himself, he finally became a national treasure. 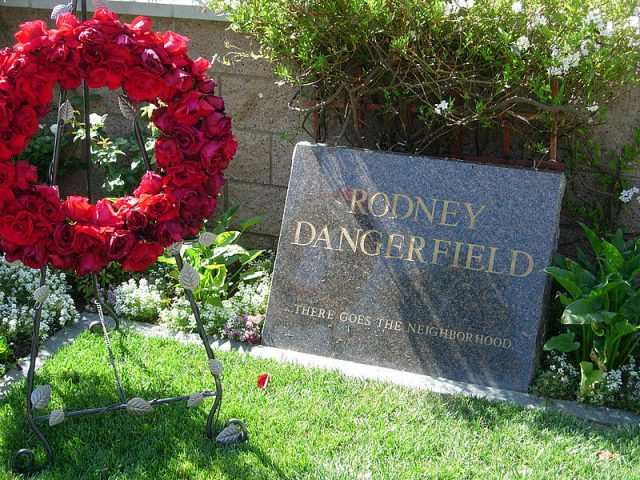 (Photo Credit: By photo by Alan Light, CC BY 2.0, accessed via Wikimedia Commons)

He has a fitting epitaph on his headstone… “There goes the neighborhood.” Where did it come from?

From Dangerfield’s joke generator, which was a feature on his website. The line came up on the day of his death, Oct 5th, 2004. He’d recently suffered a stroke and undergone heart surgery.

This made Dangerfield the first comedian to have an official website. Now that’s alright!

« 10 Dangerous Historical Trends That Prove Beauty Is Pain
Six Mysteries About Anne Boleyn (Or Should That Be Nan Bullen?) »