It’s been nearly 20 years since the death of television legend John Ritter. Best known for his roles as Jack Tripper on Three’s Company and Paul Hennessy on 8 Simple Rules… for Dating My Teenage Daughter, his acting transcended generations and made him a comedy staple. Here are eight facts you might not have known about the late actor. 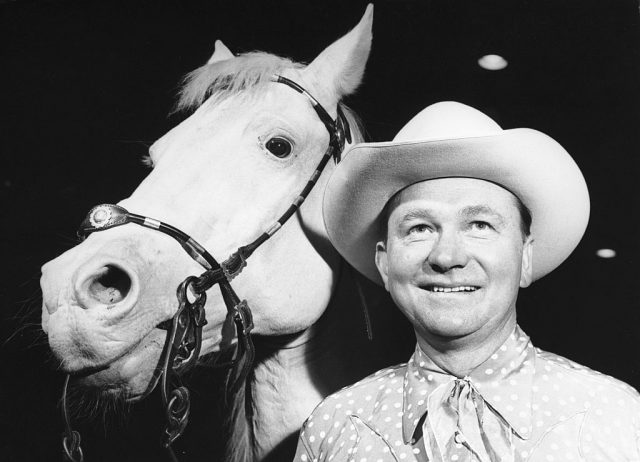 John Ritter came from your quintessential Hollywood family. His mother, Dorothy Fay, was an actress known for her work in westerns, while his father, Tex Ritter, was a country music legend and movie cowboy reminiscent of Roy Rogers and Gene Autry.

Surprisingly, Tex Ritter didn’t want his son to follow in their footsteps. Having studied law before pursuing music and acting, the elder Ritter wanted his son to go down that path. Thankfully, he wasn’t too upset when his son told him he’d decided to go into acting. It probably didn’t hurt that one of Ritter’s first recurring roles was Reverend Matthew Fordwick on The Waltons, one of his father’s favorite shows!

He planned to go into politics 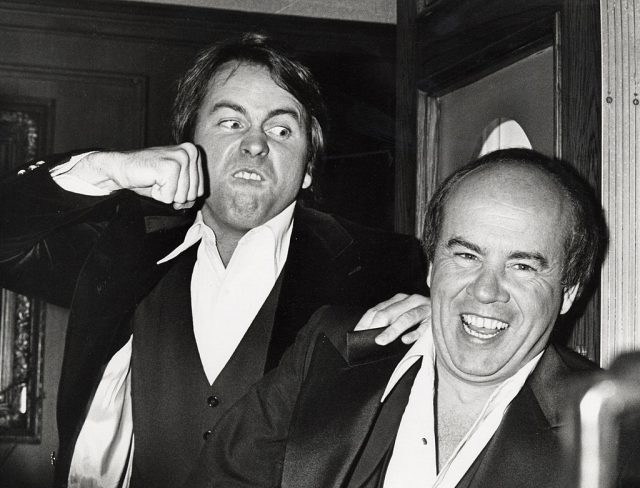 While it might be difficult to imagine John Ritter doing anything other than acting, he actually had different aspirations early in life. While attending Hollywood High School, he was student body president, a gig that got him interested in politics. He then became a student at the University of Southern California, where he majored in psychology, with plans to go into politics.

Ritter ended up changing his major to theater arts and attended the USC School of Dramatic Arts. While in the program, he was able to perform across Europe, including in the United Kingdom, West Germany, and the Netherlands. 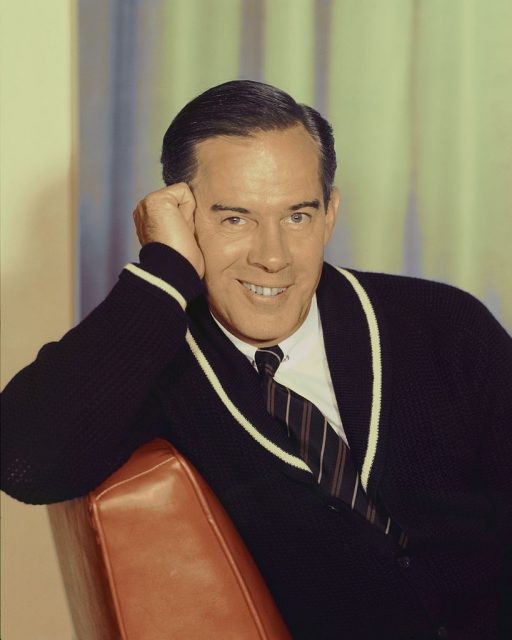 Many actors have mentors who they look up to and take advice from, and John Ritter was no different. His mentor was someone who had made himself a household name through his role on M*A*S*H: Harry Morgan.

Morgan played Colonel Sherman T. Potter on the show and its spin-off, AfterMASH. He and Ritter worked together on two of the latter’s earliest movies, 1971’s The Barefoot Executive and Scandalous John. Oh, how we wish we could know the wisdom Morgan gave to his co-star!

He beat out a lot of actors to play Jack Tripper 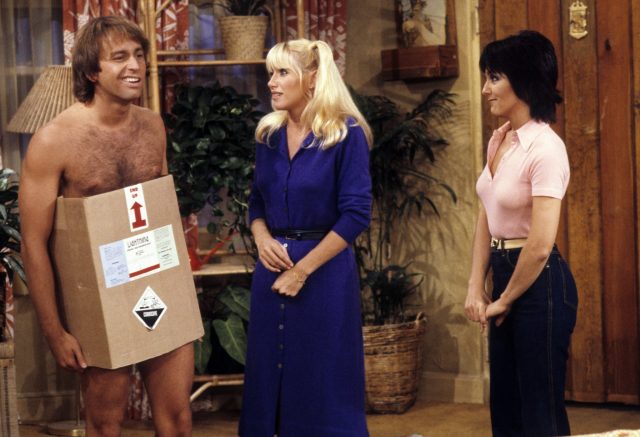 It’s hard to imagine anyone but John Ritter playing the hilarious Jack Tripper, but did you know he had to out-audition over 50 other actors for the role? One false move and he may never have been given the opportunity!

Another fact about Three’s Company is that it was originally based on the British television show, Man About the House. After the pilot got rejected, producers reworked the story. They added the characters Janet Wood and Chrissy Snow, the latter of which was initially played by Susan Lanier-Bramlett. The producers felt they needed someone different for the role, so they brought in Suzanne Somers.

The changes seemed to have worked. When Three’s Company premiered in 1976, it was an instant hit! 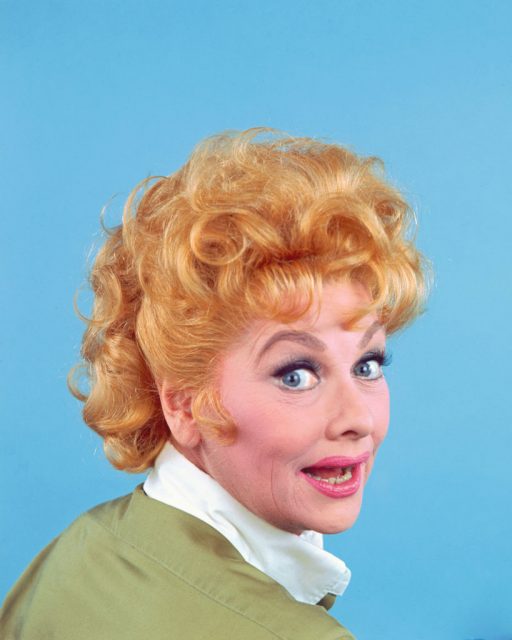 Lucille Ball is a comedy legend, so it would be an honor for any comedy actor to get her to laugh at their jokes. John Ritter was one of the lucky few able to accomplish such a feat, all thanks to his starring in Three’s Company.

Ball was a huge fan of the sitcom – she even held a two-part Three’s Company retrospective. In 1986, Ritter returned the favor by making a guest appearance on her short-lived comedy, Life With Lucy, as himself. The episode involved Ball’s character accidentally injuring her guest star, after which the pair perform together in a play.

According to Ball’s friend, Michael Stern, Ball had to ask that shooting be paused because Ritter was making her laugh so much. “Lucy had more fun with John Ritter than with anybody,” he said. “During the actual filming, he broke her up. She had to say ‘Cut!’ She said that was only the third time in her life while filming a show that she actually had to say ‘Cut’ because she was laughing so hard.”

He was the real-life version of Paul Hennessy 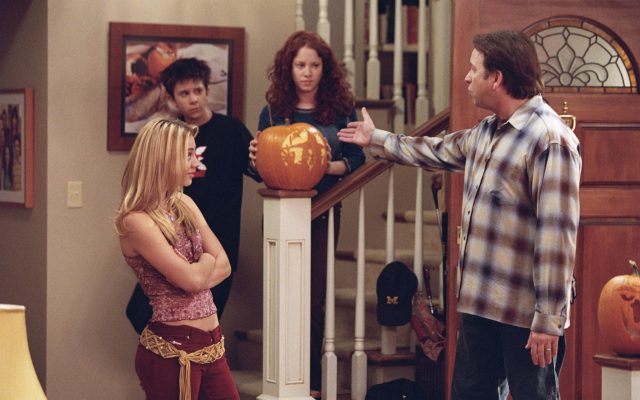 Those who watched 8 Simple Rules… for Dating My Teenage Daughter know John Ritter’s character is your stereotypical overprotective dad – and who can blame him? With two teenage daughters and a son who’s just hitting puberty, you can’t fault him for being a bit over the top.

According to co-star Kaley Cuoco, who played his on-screen daughter, Bridget, Ritter was very similar to the character he portrayed. In a recent documentary, she discussed her first table read for the show, for which she showed up in a spaghetti strap tank top and shorts that were “way too short.”

“In comes John, and I go, ‘Hi, I’m going to play your daughter,'” Cuoco said. “He goes, ‘Hold on,’ and he takes his jacket and puts it over me. He goes, ‘Never dress like that again.’ And right then, he was my dad. He treated me like his daughter. He treated all of us kids like that. It was pretty incredible.”

He feuded with Suzanne Somers 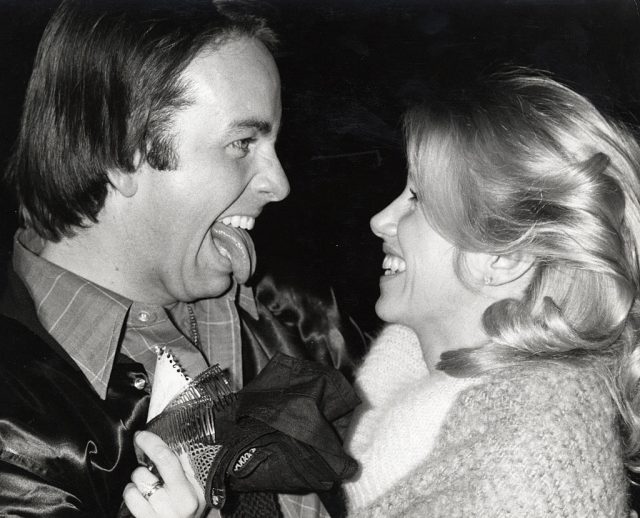 Suzanne Somers is best known for playing the stereotypical “dumb blonde” Chrissy Snow on Three’s Company, alongside Ritter and Joyce DeWitt. Fans of the sitcom will also be aware of the huge scandal that resulted in her being fired in 1980.

During contract negotiations, Somers asked for an increase of $30,000 per episode, which was a total of $150,000. When the show’s producers refused, she went on strike. They then brought her back, only to fire her and replace her with Jenilee Harrison. What captivated people the most was not Somers, but the fact Ritter didn’t take her side. In fact, he was so disgusted with her behavior that he refused to speak with her for over 20 years!

According to Somers, the pair patched things up in 2003, shortly before Ritter’s death. In an interview with The Talk, she said he tracked her down at a beauty salon to apologize.

“In the beauty salon, the receptionist comes over and says, ‘You have a phone call… It’s John Ritter.’ I got over and pick up the phone, and he says, ‘Listen, I forgive you.’ I had a little trouble with that, but I let that go, and I said, ‘I love you and I’ve always loved you.'” 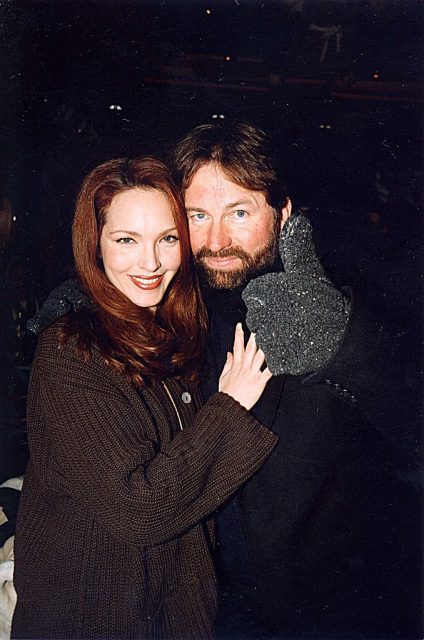 John Ritter died on September 11, 2003, of an aortic dissection. That is when there’s a rip inside the aorta, causing blood to enter and tear its layers asunder. He’d been on the set of 8 Simple Rules when he began to complain of exhaustion, weakness, and chest pain. After going to the ER, he was diagnosed with a heart attack.

Doctors didn’t realize Ritter wasn’t actually suffering from a heart attack until they were prepping him for surgery. Unfortunately, given the amount of time that had passed, they weren’t able to fix the issue and he passed away. His wife, Amy Yasbeck, sued Providence Saint Joseph Medical Center for wrongful death, but a jury cleared its doctors of any wrongdoing in 2008.

While tragic, something positive came from Ritter’s death: Ritter Rules. Teaming up with the Thoracic Aortic Disease (TAD) Coalition, Yasbeck released a set of criteria that would help the public identify the early warning signs of an aortic dissection, as early intervention is key to survival.

“Ritters Rules” cover everything from the urgency of the matter and the primary symptom (pain), to the four main risk factors and triggers for someone susceptible to suffering from the cardiac ailment.

« Ed Asner, Star Of ‘Lou Grant’ And ‘Up’, Dies At Age 91
The Mystery Of James Bond’s Missing Aston Martin DB5 May Finally Be Solved »