Shirley Temple was Hollywood’s number one box office draw from 1934 to 1939. As her career began to dwindle, she opted to pursue other interests. While she would eventually return to acting part-time, she focused the majority of her attention on another passion: politics.

Shirley Temple began acting in 1931 at the age of three. Just a few years later, she achieved international notoriety for her role in 1934’s Bright Eyes. The movie jumpstarted her whirlwind career and allowed her to star in the era’s most popular films.

In 1935, Temple was awarded the first-ever Juvenile Academy Award for her contribution to film, and she soon found herself having roles written specifically for her. The majority of the films were comedy-dramas with song and dance numbers, and they helped spawn a host of merchandise capitalizing on the young actress’s image. 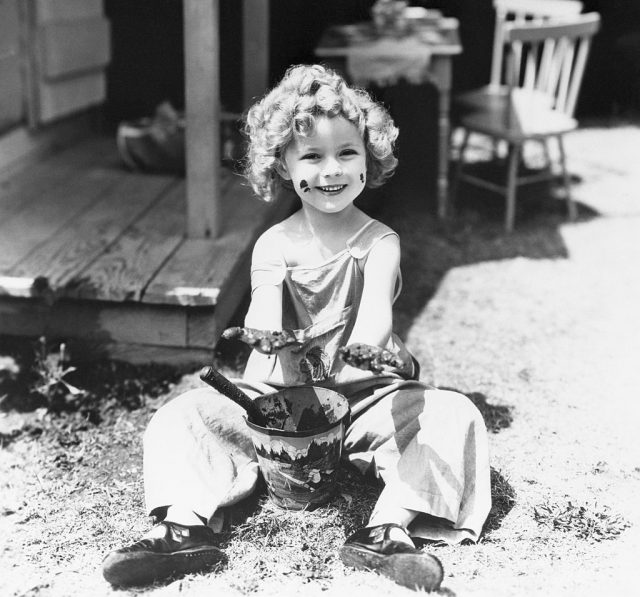 As Temple grew older, her popularity began to dwindle. By 1939, she’d dropped to number five at the box office, and cut ties with Twentieth Century Fox the following year. After a short stint with MGM and a four-year contract with David O. Selznick, Temple retired from acting.

While Shirley Temple dabbled in acting in her later years, her interests turned toward America’s political climate. After marrying her second husband, a Navy Lieutenant Commander, she moved to Washington, D.C., and became involved in fundraising efforts for the Republican Party. 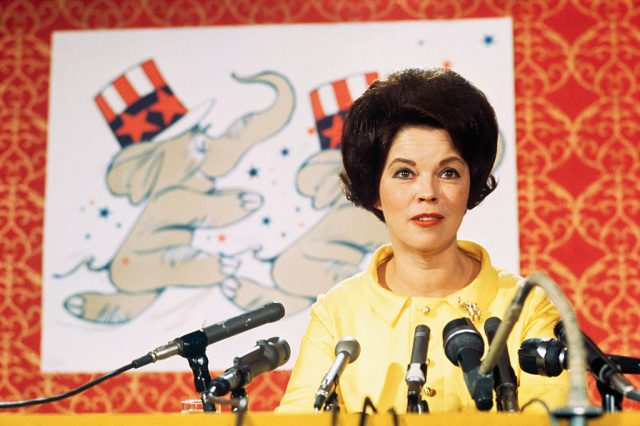 In 1967, she unsuccessfully ran in a special election for the Republican Party of California. The state’s 11th Congressional District held an election to fill the seat vacated by the death of Republican J. Arthur Younger, and while the former actress received support, she failed to earn enough votes. 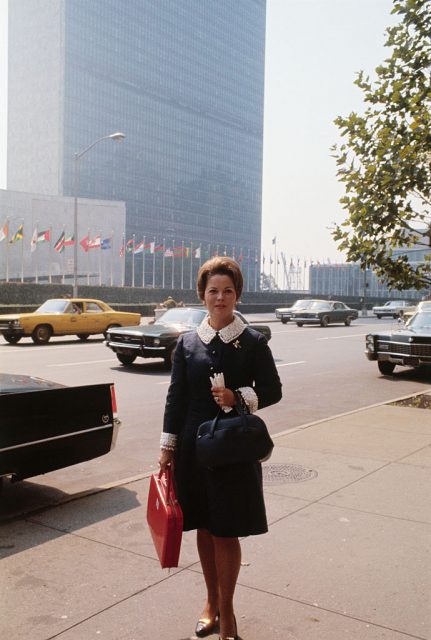 Temple got her start in international politics thanks to Henry Kissinger, who’d overheard her speaking about South West Africa at a party. He put forth her name to President Richard Nixon, who appointed her as one of five delegates to the 24th United Nations General Assembly. While there, she spoke about environmental concerns, the plight of refugees, and issues faced by the older population.

In 1974, President Gerald Ford appointed Temple as his administration’s Ambassador to Ghana. The appointment initially angered career diplomats, who felt Temple was not qualified, but by the end of her service, many conceded she’d done a good job. 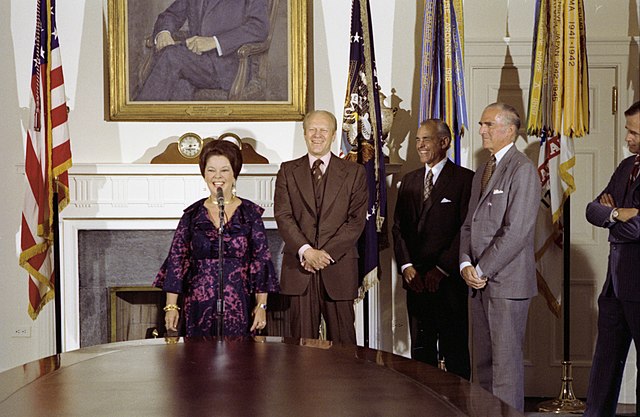 Swearing-in ceremony for Temple as Chief of Protocol of the United States, 1976. (Photo Credit: Wikimedia Commons)

Temple was tasked with making sure Ghana’s resources didn’t become nationalized in a communist-esque coup. She fully embraced the role, leading discussions on banking and women’s liberation. She became a beloved member of the community and was given the title of honorary chief. 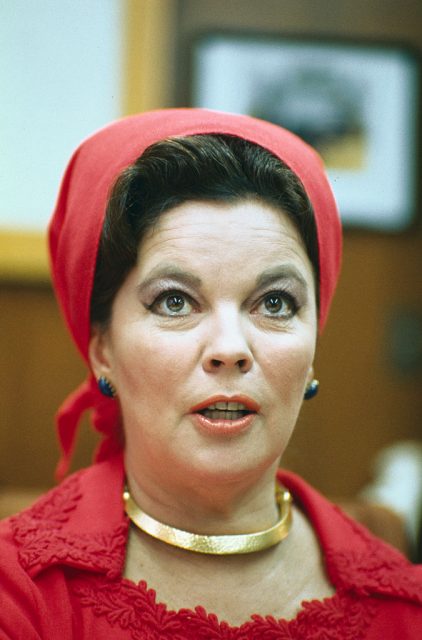 Temple as the Chief of Protocol of the United States, 1977. (Photo Credit: Bettmann / Getty Images)

Following her work in Ghana, Temple was appointed the 18th Chief of Protocol of the United States. She became the first woman to hold the role and was tasked with leading a training program for new envoys. She held the position until Jimmy Carter‘s inauguration, after which she was replaced by Evan Dobelle.

Between 1981 and 1989, Temple worked for the State Department as a foreign affairs officer under President Ronald Reagan. During that time, she became the only person to date to achieve the rank of Honorary U.S. Foreign Service Officer.

During the George H.W. Bush administration, Temple served as the U.S. Ambassador to Czechoslovakia, becoming the first and only woman to hold the role. She took the position during the Velvet Revolution and was passionate about the country’s fight against communism. This came from a trip she took to Prague in August 1968, where she bore witness to the invasion of Soviet-backed forces into Czechoslovakia. 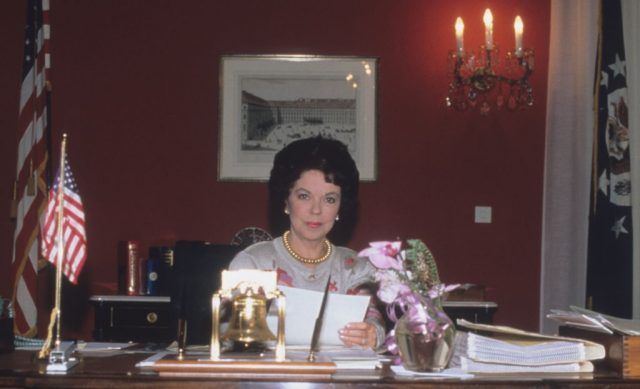 Temple openly sympathized with the actions of anti-communist dissidents. She remained active upon the fall of communism and the election of the country’s new government, taking the unusual step of personally accompanying President Václav Havel on his first official trip to Washington, D.C.

Temple continued to be active in politics into the 21st century, serving on the board of directors of the Association for Diplomatic Studies & Training and the National Committee on U.S.-China Relations. She also sat on the boards of The Walt Disney Corporation, the Bank of America, and the National Wildlife Federation.

The former actress was recognized for her work on screen and in government. She was awarded a Screen Actors Guild Life Achievement Award and a Kennedy Center Honors, and is named on the American Film Institute‘s list of the greatest American screen legends of classic Hollywood cinema. 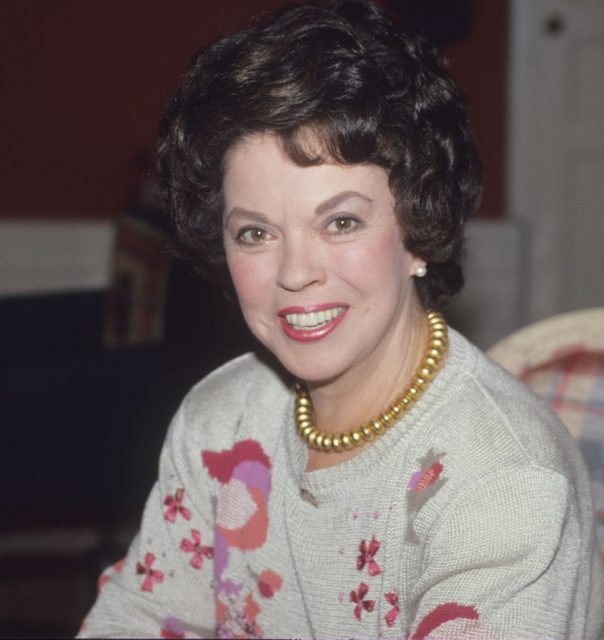 Shirley Temple passed away at her home in Woodside, California from chronic obstructive pulmonary disease (COPD). A lifelong smoker, she’d made a point to avoid engaging in the habit in public, not wanting to set a bad example for her fans.