West Germany is the common English name for the Federal Republic of Germany or FRG, in the period between its creation on 23 May 1949 to German reunification on 3 October 1990.

At the onset of the Cold War, Germany (and, indeed, Europe) was divided among the Western and Eastern blocs. Germany was de facto divided into two countries and two special territories, the Saarland and divided Berlin. The Federal Republic of Germany claimed an exclusive mandate for all of Germany, considering itself to be the democratically reorganised continuation of the 1871-1945 German Reich. It took the line that the GDR was an illegally constituted puppet state. Though the GDR did hold regular elections, these were not free and fair. For all practical purposes the GDR was a Soviet puppet state.From the West German perspective the GDR was therefore illegitimate.

The West German Wirtschaftswunder (“economic miracle”, coined by The Times in 1950) was partly due to the economic aid provided by the United States and the Marshall Plan, but mainly due to the currency reform of 1948 which replaced the Reichsmark with theDeutsche Mark and halted rampant inflation. The Allied dismantling of the West German coal and steel industry finally ended in 1950.The Volkswagen Beetle – for many years the most successful car in the world – on the assembly line in Wolfsburg factory, 1973. 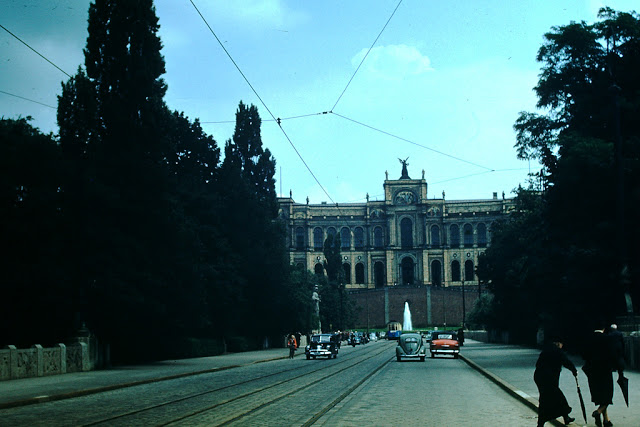 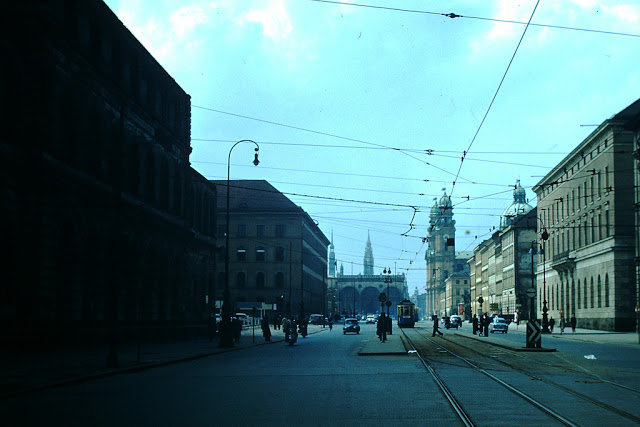 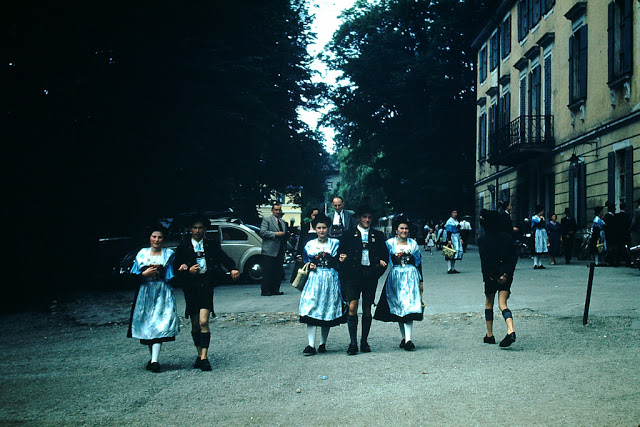 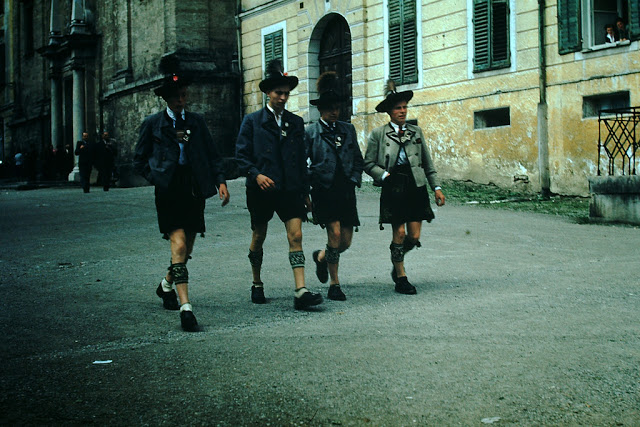 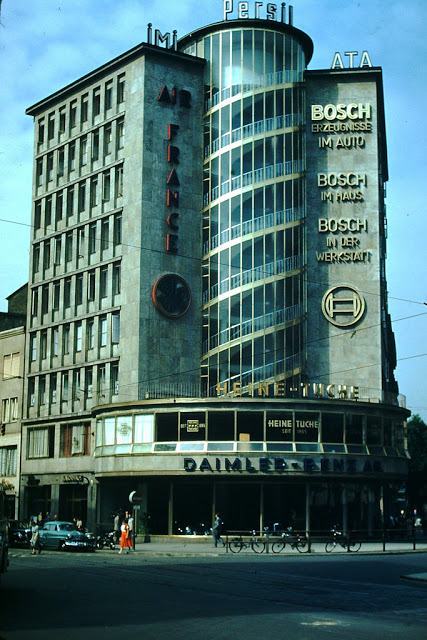 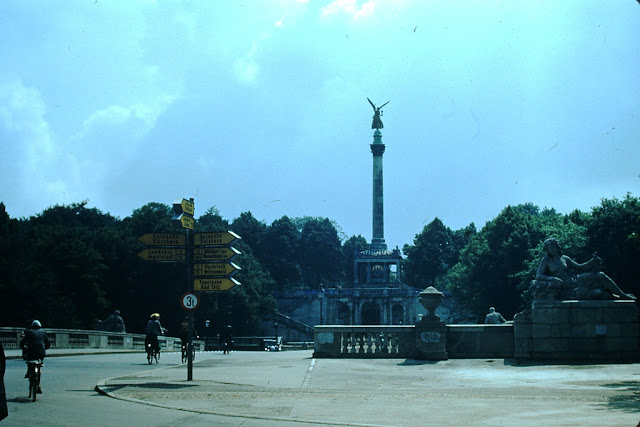 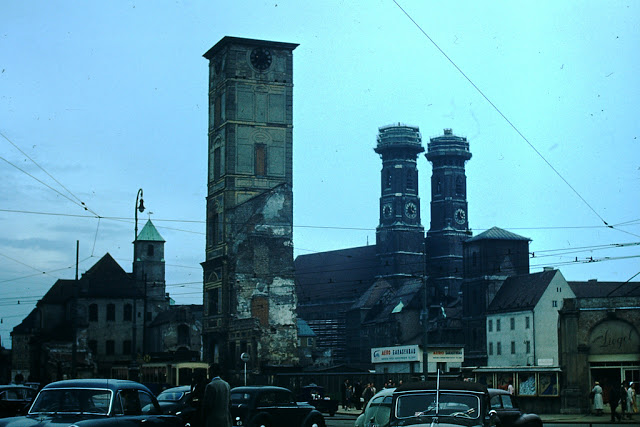 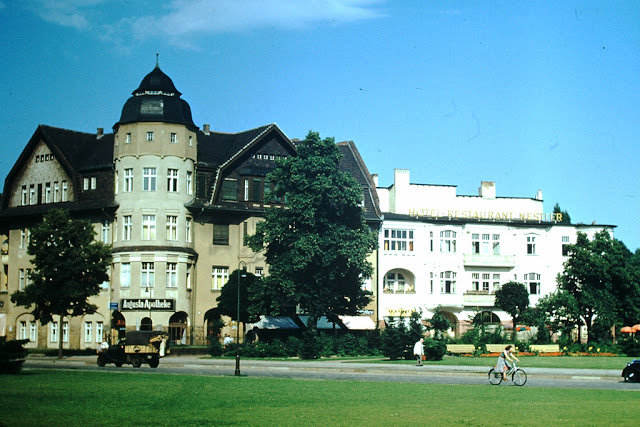 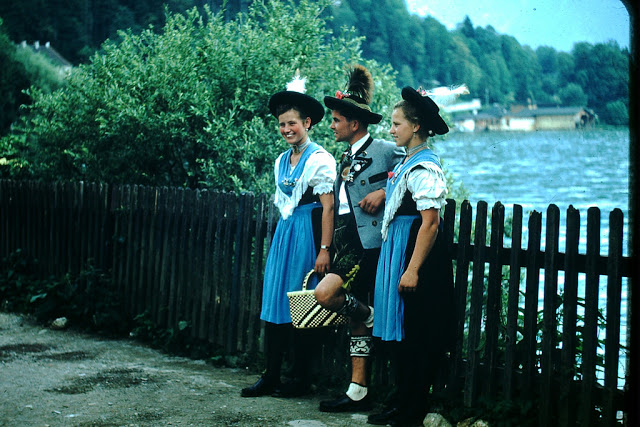 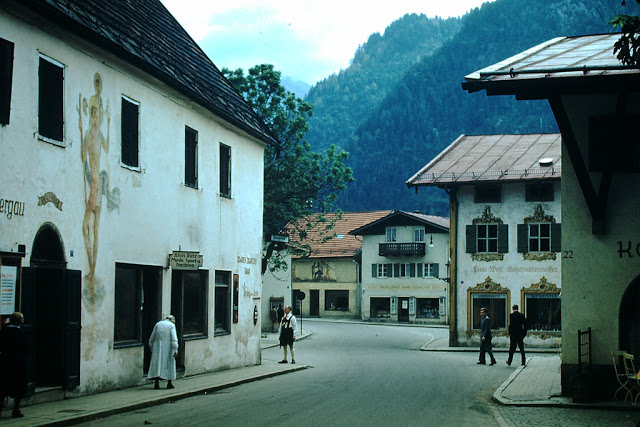 In addition to the physical obstacles that had to be overcome for the German economic recovery (see the Morgenthau Plan) there were also intellectual challenges. The Allies confiscated intellectual privileges of huge value, such as all German patents, both in Germany and abroad, and used them to strengthen their own industrial competitiveness by licensing them to Allied companies.Meanwhile, some of the best German researchers were being put to work in the Soviet Union and in the USA.

Contrary to popular belief, the Marshall Plan, which was extended to include the newly formed West Germany in 1949, was not the main force behind the Wirtschaftswunder. Had that been the case, other countries such as the United Kingdom and France (which both received higher economic assistance from the plan than Germany) should have experienced the same phenomenon. In fact, the amount of monetary aid (which was in the form of loans) received by Germany through the Marshall Plan was far overshadowed by the amount the Germans had to pay back as war reparations and by the charges the Allies exacted from the Germans for the ongoing cost of occupation (about $2.4 billion per year). In 1953 it was decided that Germany was to repay $1.1 billion of the aid it had received. The last repayment was made in June 1971. 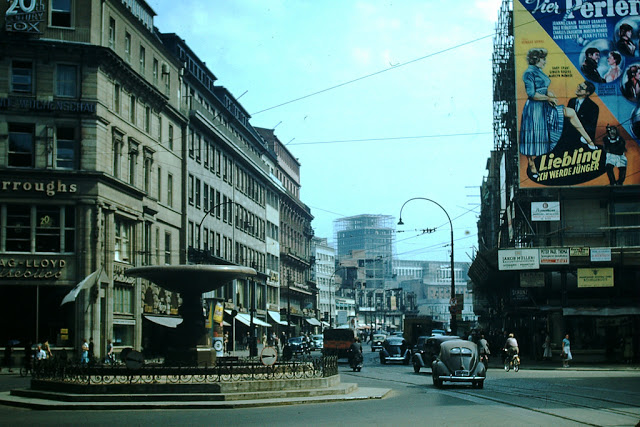 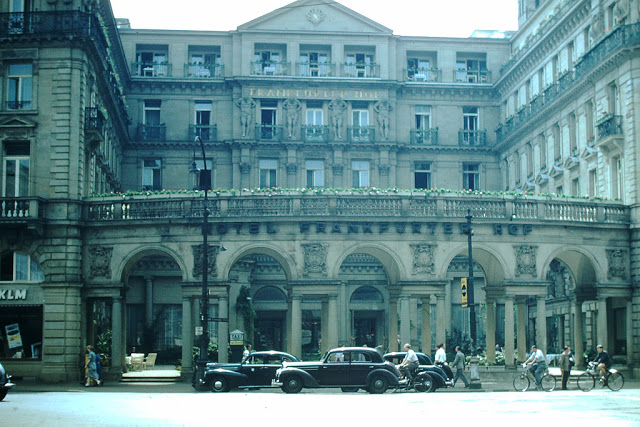 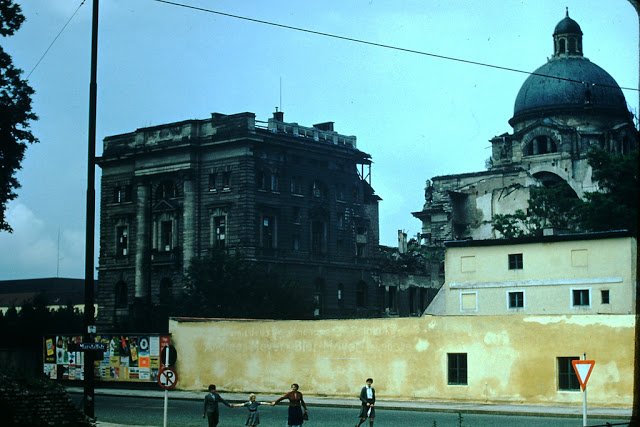 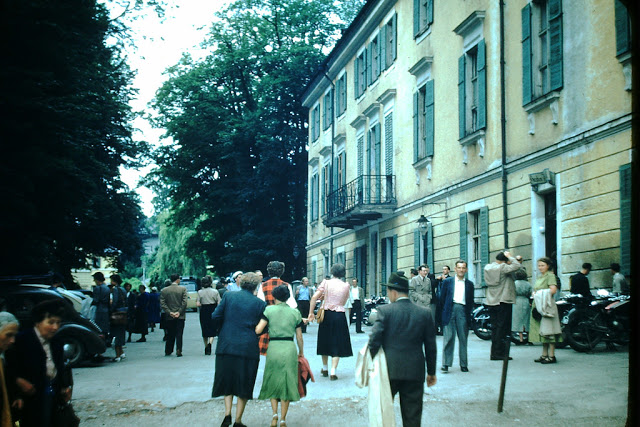 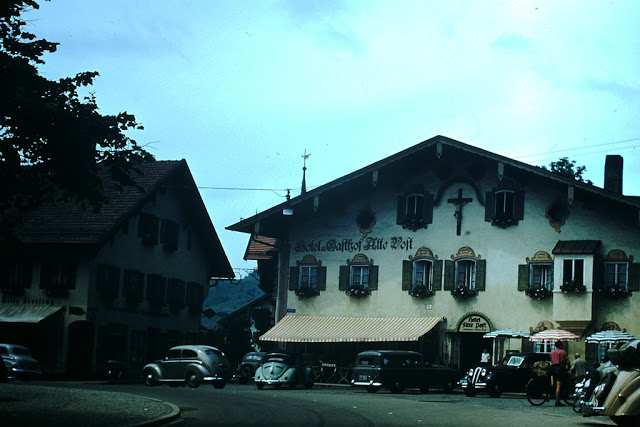 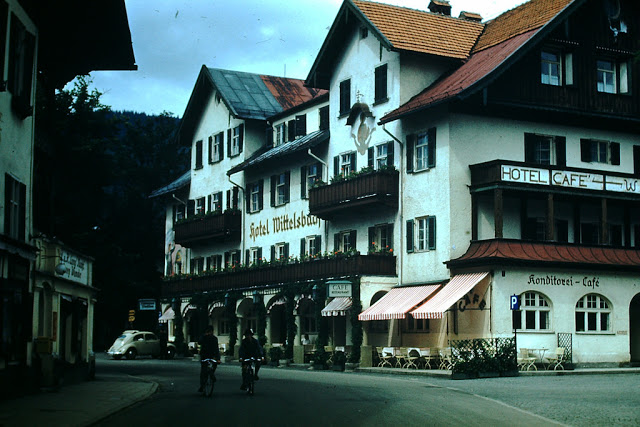 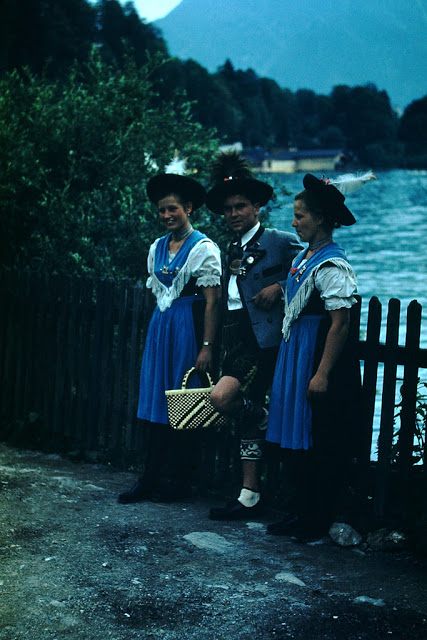 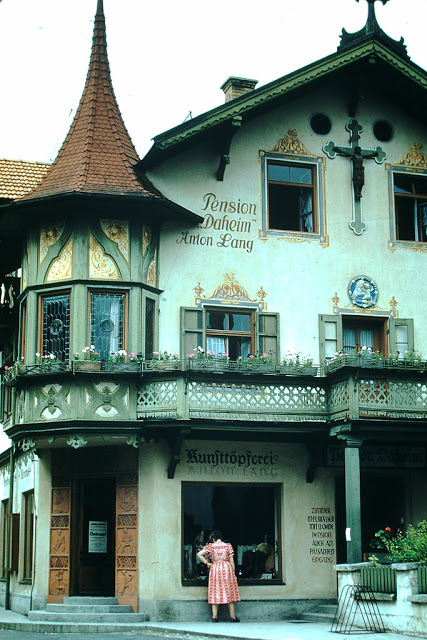 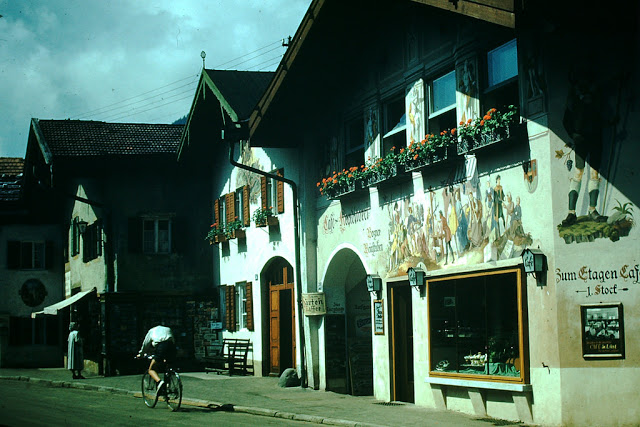 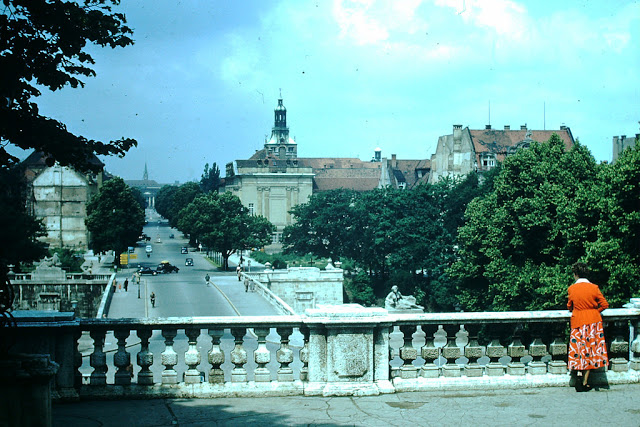 As demand for consumer goods increased after WWII, the resulting shortage helped overcome lingering resistance to the purchase of German products. At the time Germany had a large pool of skilled and cheap labour, partly as a result of the flight and expulsion of Germans from Central and Eastern Europe, which affected up to 16.5 million Germans. This helped Germany to more than double the value of its exports during the war. Apart from these factors, hard work and long hours at full capacity among the population and in the late 1950s and 1960s extra labour supplied by thousands of Gastarbeiter (“guest workers”) provided a vital base for the economic upturn. This would have implications later on for successive German governments as they tried to assimilate this group of workers.

From the late 1950s onwards, West Germany had one of the strongest economies in the world, almost as strong as before the Second World War. The East German economy showed a certain growth, but not as much as in West Germany, partly because of continued reparations to the USSR in terms of resources.
Photos from Found Slides

« This the World’s First Beatboxing Champion in 1938 and is totally awesome
Delivering Mail, The Old Fashioned Way- 100-year-old photos of The U.S. Postal Service »