You thought beatboxing emerged as a result of the hip-hop culture? Yeah so do we, but apparently we were all wrong.

Techniques similar to beatboxing have been present in many American musical genres since the 19th century, such as early rural music, both black and white, religious songs, blues, ragtime, vaudeville, and hokum. Few examples are the Appalachian technique “ofeefing” and the blues song Bye bye bird written and performed by the harmonica player Alex or Aleck Miller aka Sonny Boy Williamson II.

Additional influences may perhaps include forms of African traditional music, in which performers utilize their bodies (e.g., by clapping or stomping) as percussion instruments and produce sounds with their mouths by breathing loudly in and out, a technique used in beatboxing today.

The video below shows a kitschy band typical of the era, the band is called The Radio Revellers and their lead singer was  the World’s First Beatboxing Champion. 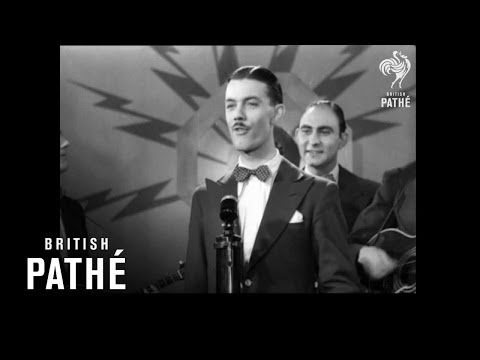 Many well-known performers used vocal percussion occasionally,even though this was not directly connected to the cultural tradition that came to be known as “beatboxing”. Paul McCartney’s “That Would Be Something” (1969) includes vocal percussion. Pink Floyd’s “Pow R. Toc H.” (1967) also includes vocal percussion performed by the group’s lead vocalist Syd Barrett. Jazz singers, Bobby Mcferrin and Al Jarreau were very well known for their vocal styles and techniques which have had great impact on techniques beatboxers use today. Michael Jackson was known to record himself beat-boxing on a dictation tape recorder as a demo and scratch recording to compose several of his songs, including “Billie Jean”, “The Girl Is Mine”, and others.Gert Fröbe, a German actor most widely known for playing Auric Goldfinger in the James Bond film Goldfinger, “beatboxes” as Colonel Manfred von Holstein (simultaneously vocalizing horned and percussive instruments) in Those Magnificent Men in their Flying Machines, a 1965 British comedy film.

Sometimes, modern beatboxers will use their hand or another part of their body to extend the spectrum of sound effects and rhythm. Some have developed a technique that involves blowing and sucking air around their fingers to produce a very realistic record scratching noise, which is commonly known as the ‘crab scratch’. Another hand technique includes the ‘throat tap’ which involves the beatboxer tapping their fingers against their throat as they throat sing or hum.

Today there is an increase in the variety in which we see beatboxing throughout musical culture. People have gone as far as adding beatboxing in with different instruments to create a completely different sound unlike any other. Artist Greg Patillo goes as far as adding in beatboxing while playing the flute to very iconic songs. Beatbox has become modernized and has even been seen in popular movies such as Pitch Perfect and Pitch Perfect 2. Both of these movies showcase classical songs performed with a Capella covers in which all of the beats to the songs are done completely using the idea and technique of beatboxing to complete the sound capable to imitate the original song.

« The Crooked House of Windsor- The 17 Century gravity defying house was a butcher-shop and a Tea Room, and now is up for sale
Color Photos of Everyday Life in West Germany in the early 1950s »